Best known as the original shooting location for TWIN PEAKS, North Bend, Washington, is also home to the newest genre film festival focusing on standout vanguard programming. The North Bend Film Festival (NBFF), taking place August 23rd through August 26th, seeks to fill the void of programming for progressive audiences in the Pacific Northwest, and to provide a platform for emerging filmmakers. 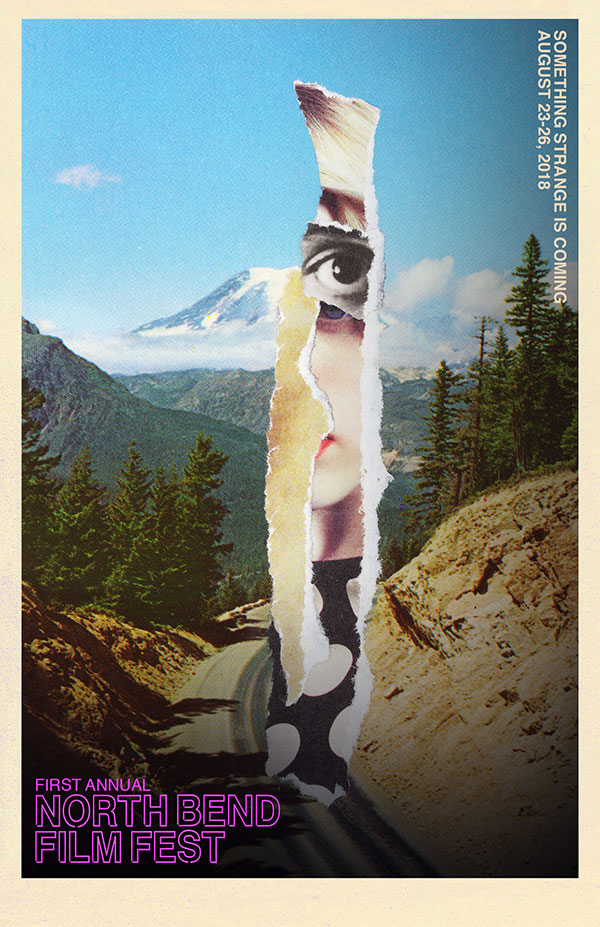 The first edition of the North Bend Film Festival will feature special screenings, filmmaker talks, a VR component, and interactive events in addition to a highly curated film program. With the festival right around the corner, NBFF just announced the full line-up for its inaugural edition, and we could not be more excited.

The line-up includes Cinema Vista and Something Strange feature and short film programs. Cinema Vista offers a spectrum of vanguard cinema with centerpiece screening SHIRKERS (presented by The Stranger) and a retro screening of the iconic Pacific Northwest queer feature MY OWN PRIVATE IDAHO (presented with Seattle-based Three Dollar Bill Cinema). 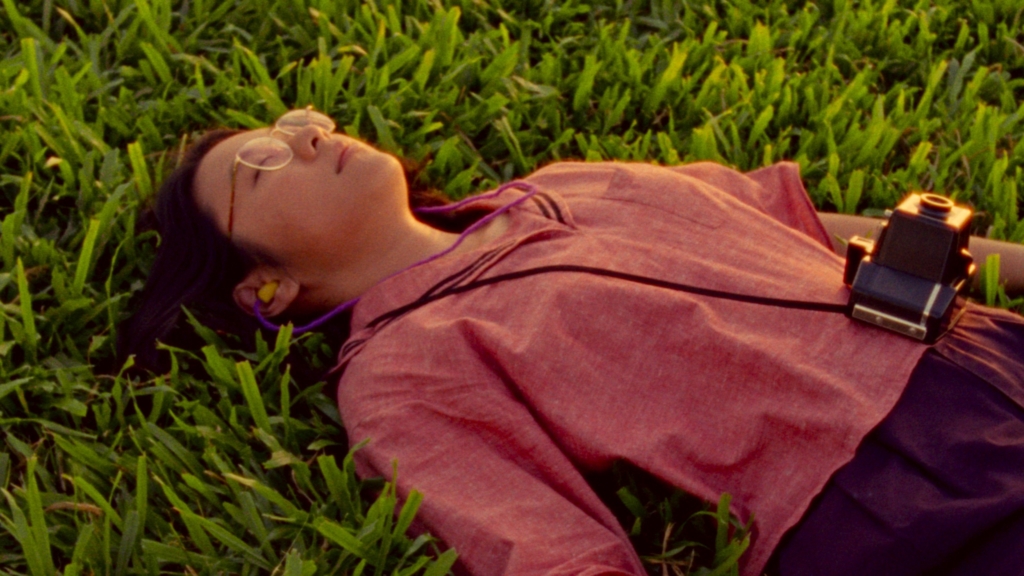 The festival’s centerpiece is a showcase of Sandi Tan’s docu-mystery SHIRKERS, a visual and emotional rollercoaster powered by a dreamer’s redemptive love of cinema.

Cinema-loving teenager Sandi Tan and two friends had a big idea in 1992: They’d shoot their own super-low-budget assassin thriller on their native streets of Singapore, along with help from an American mentor named Georges. Then, one day, Georges disappeared along with all of their work. Twenty-five years later, Tan has turned her investigation into Georges’ motives, using newly recovered footage and firsthand accounts, into one of 2018’s best documentaries, an autobiography turned love letter to filmmaking dreams, especially those that have gone unfulfilled.

My Name is Myeisha

A bold and visionary musical unlike anything on screen today, Gus Krieger’s MY NAME IS MYEISHA blends hip-hop, beat-boxing, dance and spoken word lyricism to tell the heartbreaking story of a teenage girl killed by police while she sat unconscious in a locked car. It’s essential filmmaking in a dynamic and energetic combination of storytelling methods precisely executed from beginning to end. 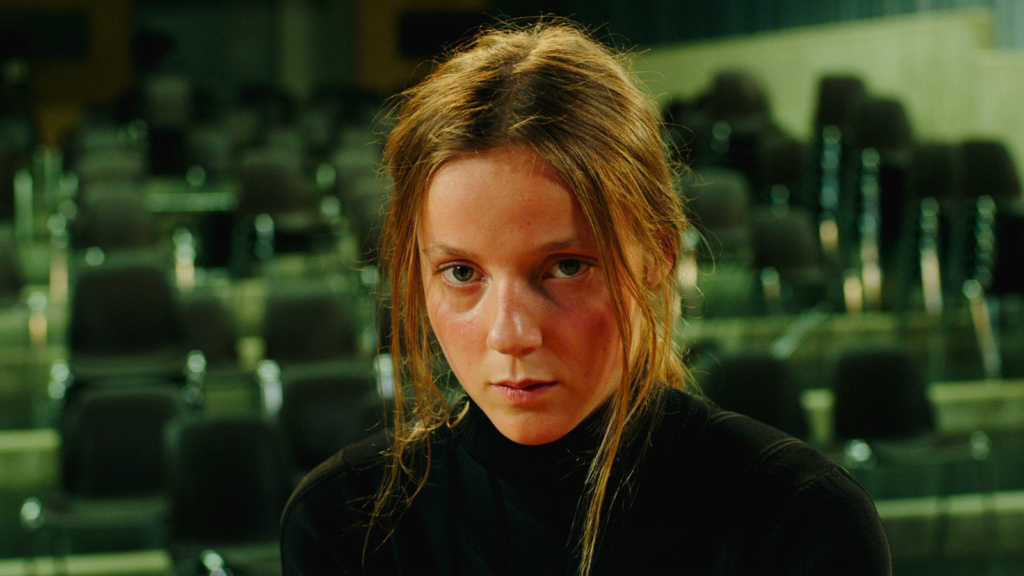 Off the stage, 17-year-old Sarah drifts through her community in anonymity. But on her high school’s theater’s stage? The shy girl unleashes torrents of fiery passion, stemming from personal secrets mostly involving her unpleasant home life. As Sarah falls deeper into her performances, though, her loneliness intensifies, causing the troubled teenager to lose herself in multiple ways. Drenched in an overriding sense of despair, Swiss filmmaker Katharina Wyss’ devastating feature-length debut is a coming-of-age stunner. 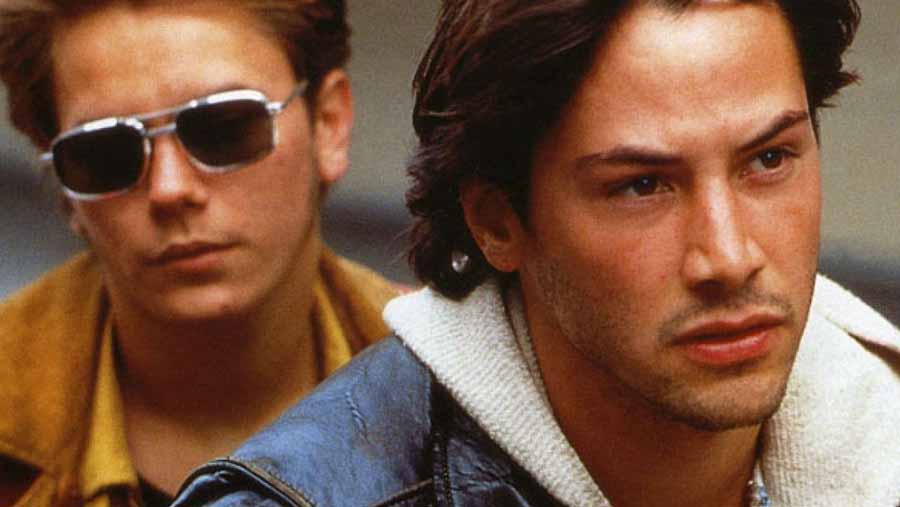 Set in the 1990’s runaway-dominated streets of the Pacific Northwest and loosely based on Shakespeare’s Henry IV, this seminal film by Gus Van Sant (GOOD WILL HUNTING, MILK) tells the tale of a narcoleptic street kid named Mike (River Phoenix) who befriends a fellow hustler (Keanu Reeves) on his journey to find his estranged mother. Film presented in collaboration with Three Dollar Bill Cinema

Take a chance on Something Strange with our focus on wonderful and strange cinema, including the North American Premiere of offbeat (and slightly inanimate) love triangle BILLY and musical festival closer ANNA AND THE APOCALYPSE! 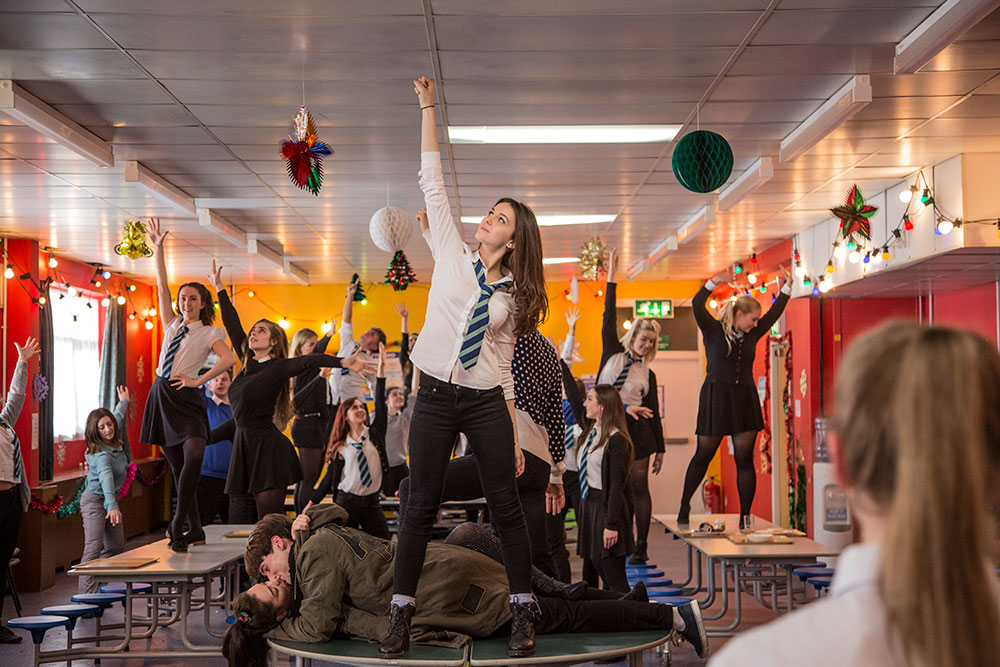 Genres and holidays come together in a ferocious and musical blender for John McPhail’s ANNA AND THE APOCALYPSE, a redefining submission to the coming-of-age genre and the perfect way to end the fest.

For Anna and her friends, high school graduation can’t come soon enough. Unfortunately for them, they must face a horde of yuletide undead creatures before passing on to adulthood. A zombie apocalypse-Christmas-comedy-musical (yes, you read that right), “Anna” is a salute to a genre you didn’t think you needed, while keeping you on the edge of your seat with its hilarity and heart. 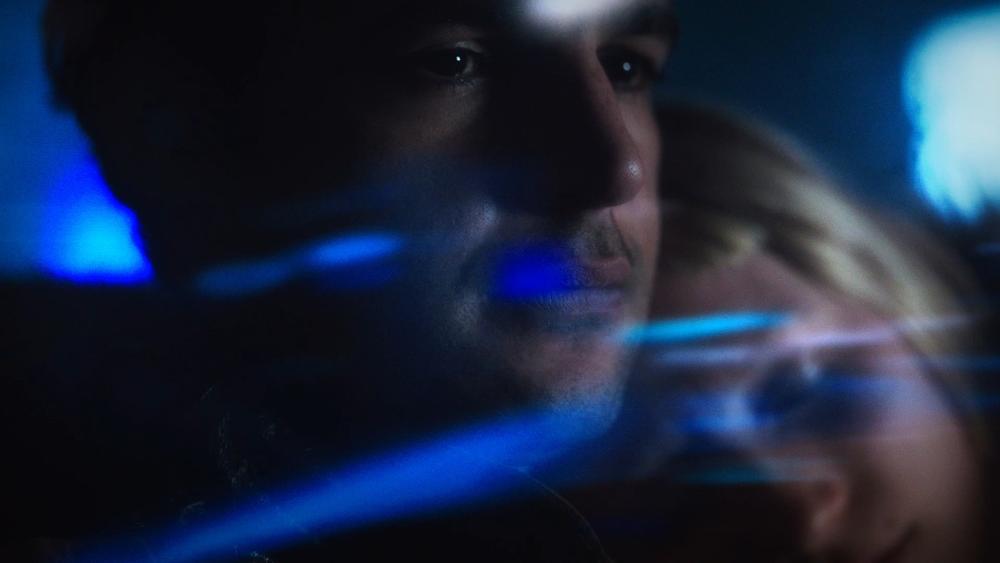 After kissing his wife and baby goodbye for a seemingly normal business trip, Reed (Christopher Abbott) checks himself into a hotel room to accomplish something he’s always dreamed of: the perfect murder. As his sinister plans unfold, he soon realizes he might be in over his head with a mysteriously unhinged call girl named Jackie (Mia Wasikowska). 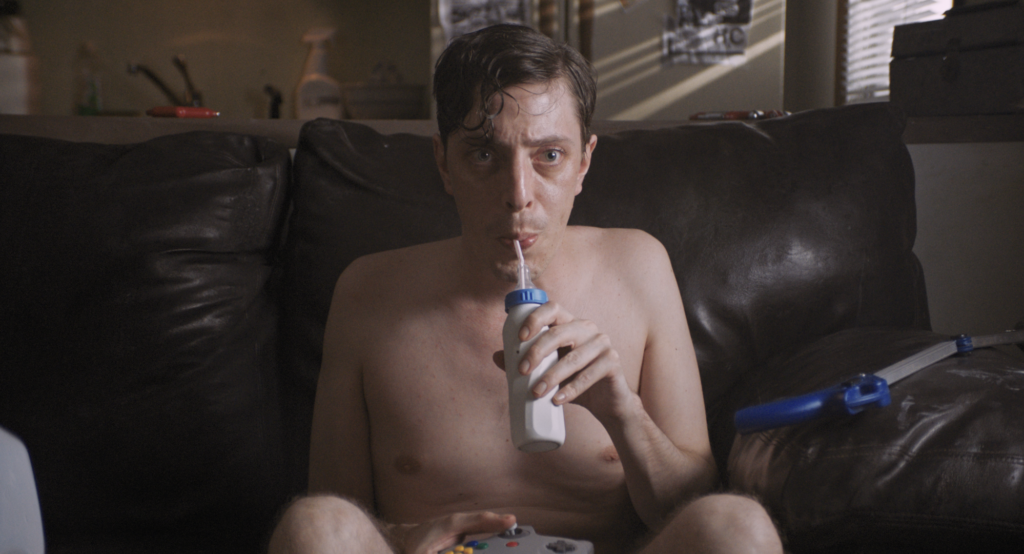 Joel Potrykus’ latest film follows an obsessive couch potato slacker taking on his most epic challenge yet: to beat the impossible final level of PAC-MAN without ever leaving the couch. His desperate quest is fraught with gross-out humor and darkly comedic perils as all sense of time is lost and takes a turn towards downright mania in a satisfyingly exhilarating conclusion. 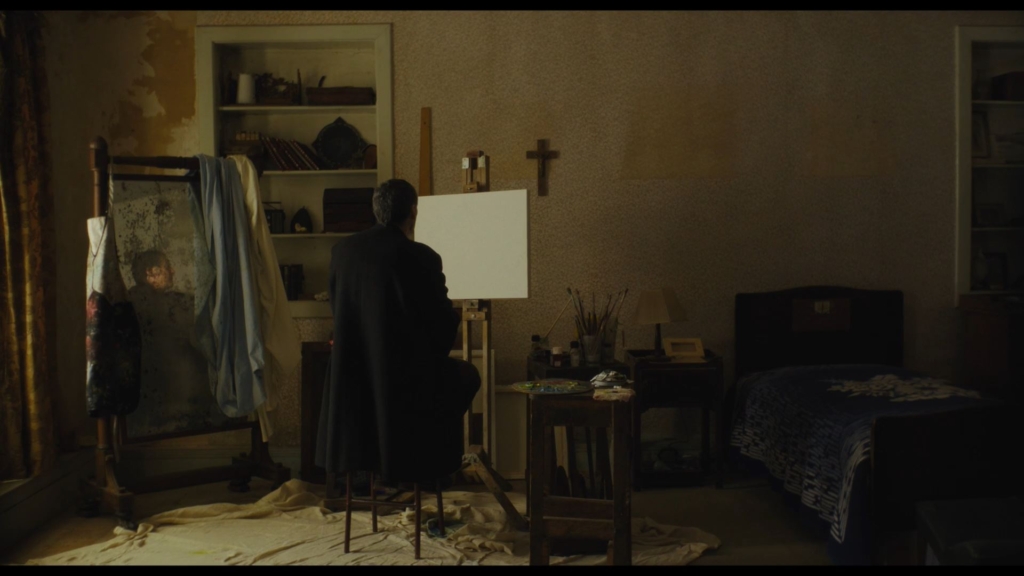 For her latest exhibition, American artist Melanie Thomas is focused on an old Irish myth surrounding Father Alistair Burke, whose portrait of an 8-year-old Siobhan led to the little girl’s unexplained disappearance. After receiving an invite from the enigmatic Burke to visit him in Ireland, Melanie finds that reality and myth aren’t mutually exclusive. Drenched in classical Euro-horror dread and other strange flourishes, writer-director Michael Tully’s genre hybrid is a delightfully unnerving head trip. Director Michael Tully in attendance. Screening presented by Snoqualmie Valley Real Estate. 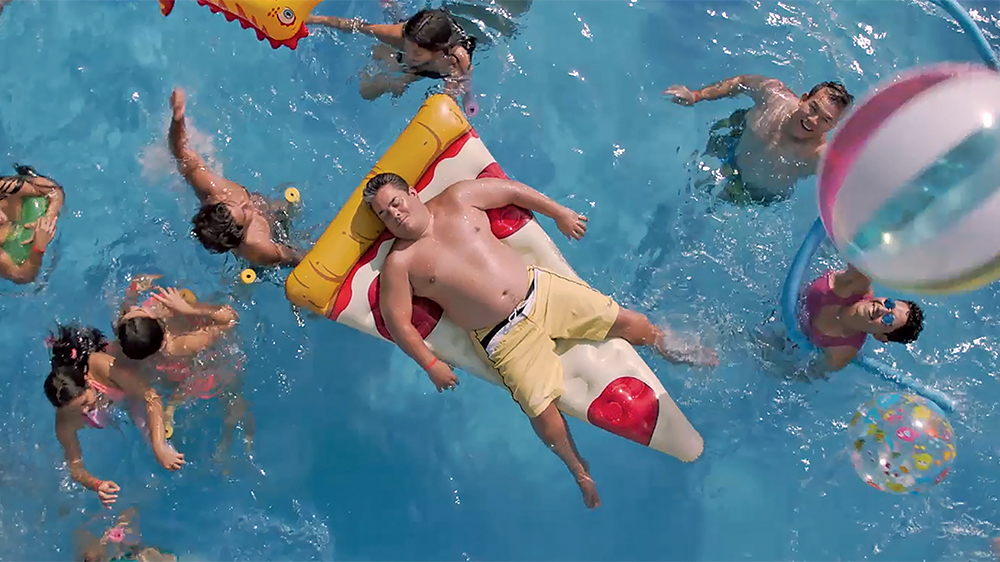 A film still from Time Share (Tiempo Compartido) by Sebastián Hofmann, an official selection of the World Cinema Dramatic Competition at the 2018 Sundance Film Festival. Courtesy of Sundance Institute | photo by Matias Penachino.

A father’s holiday from Hell begins when a clerical mix-up forces his family to share their vacation home with another family. But lurking beneath the paradise resort is a shady organization with designs far worse than double bookings. Director Sebastian Hoffman’s psychological thriller expertly juxtaposes terror and surrealist comedy through weaving stories of the family man and a beaten down employee setting out for revenge from within. Screening presented by Snoqualmie Valley Real Estate.

Ventriloquist Gerard de Groot and his puppet Billy have been inseparable for the last ten years. Until the moment they fall in love with different women and Gerard decides to take a break from his wild dummy. Easier said than done. Theo Maassen’s promising debut is a sharp tragic comedy mixing raunchy humor and deep thoughts about a career as an artist.

Don’t miss the previously announced film in this section, World Premiere of MODEL HOME, with director and producer in attendance!

Festival badges can be purchased now at northbendfilmfest.com/badges. Individual tickets will go on sale July 13! Ticket Packages are available now on our Ticket Page! Discounts available for residents of North Bend and surrounding communities.

In addition to the films, the weekend of August 23rd to the 26th will be rich with events that embrace the town of North Bend, once the original shooting location for David Lynch’s Twin Peaks, such as a special Twin Peaks Tour, a scenic mountainside hike (offering attendees a rare chance for excursion!), and ‘Damn Fine Coffee’ mixers to kick off the mornings just right.