A double-edged sword of an album, Nicole Dollanganger’s “Heart Shaped Bed” soars like Icarus on the first half and falls on the second. 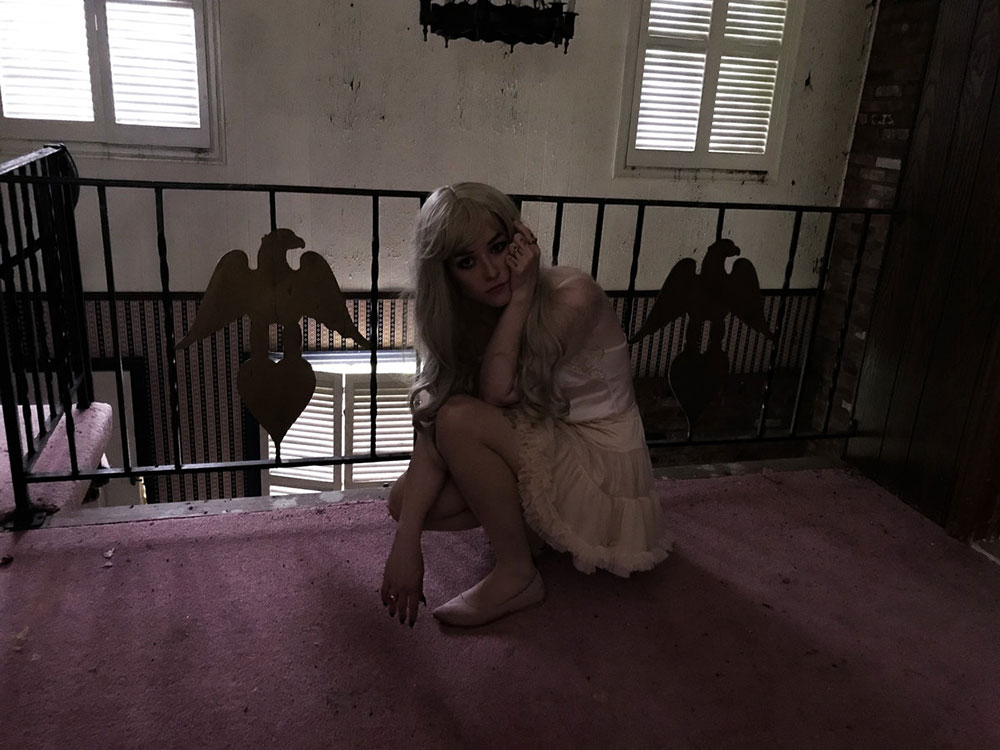 I wanted to like this whole album. I discovered Canadian singer-songwriter Nicole Dollanganger through the 2013 album Ode To Dawn Wiener: Embarrassing Love Songs, loved that record enough to buy it on vinyl (even though, due to the sexually charged lyrics in some of the tracks, I can’t play it very often), and fell even more in love with the 2015 release of Natural Born Losers.

I love Nicole’s lyricism, the way she makes the most macabre and fucked up things dance on the edge of poetic without romanticizing them.

I was intensely excited for Heart Shaped Bed (first named Hillbilly Noir) to come out, so much so that it was on the list of albums I wanted to review when I first joined this site. I listened to the sampler posted onto Dollanganger’s bandcamp in March the day it came out in one full sweep while at work, and then listened to the full thing when it came out last month a few days after it released.

The album starts off very good! 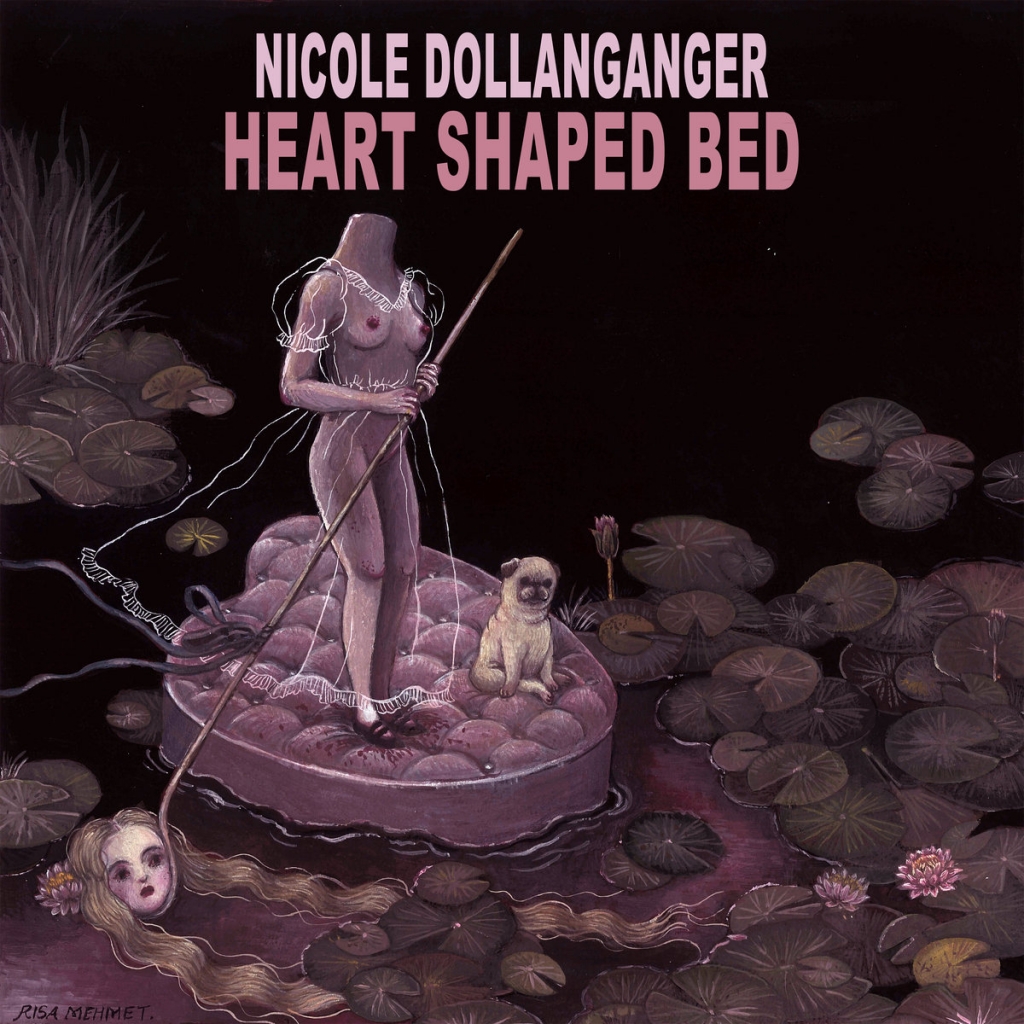 Side A (from ‘Uncle’ to the title track) acted as the sampler for the record in the beginning of the year, and it was a very good idea to release that first. All of the tracks are very well done. Two of them, ‘Uncle’ and ‘Lemonade’, are remakes of old Dollanganger tracks (namely ‘i.s.w.m.u.o.m.w.n’ and the original ‘Lemonade’, both released on the 2015 EP Greta Gibson Forever) and they develop wonderfully on the originals.

Uncle, while more amplified, remains as haunting as it was in the original release while Lemonade’s gentle pianos rising into a slashing guitar and pounding drum near the end add a strange power to the sense of sleaze this ode to cheating gives.

The new tracks on Side A of Heart Shaped Bed are very well-done too. ‘Tammy Faye’, named for Tammy Faye Messner, is an ode to a lover who has momentary snaps of violence driven by love that lead to dead bodies and tears over Tammy Wynette with minimal drum work and a slow guitar that gives it a neo-outlaw country twang.

‘My Baby’ and the title track fall along the usual Dollanganger fare: the former sings of a lover with a dark mind and a very evident penchant for violence (along the lines of NBL’s ‘You’re So Cool’) while the latter sings of lovers meeting in seedy motels to make love, their devotion running deep (like Dawn Wiener’s ‘Blue Moon Motel’, albeit with more atmospheric production compared to ‘Motel’s sparse, acoustic base).  Both are very good tracks, and I was excited for the rest of the album. 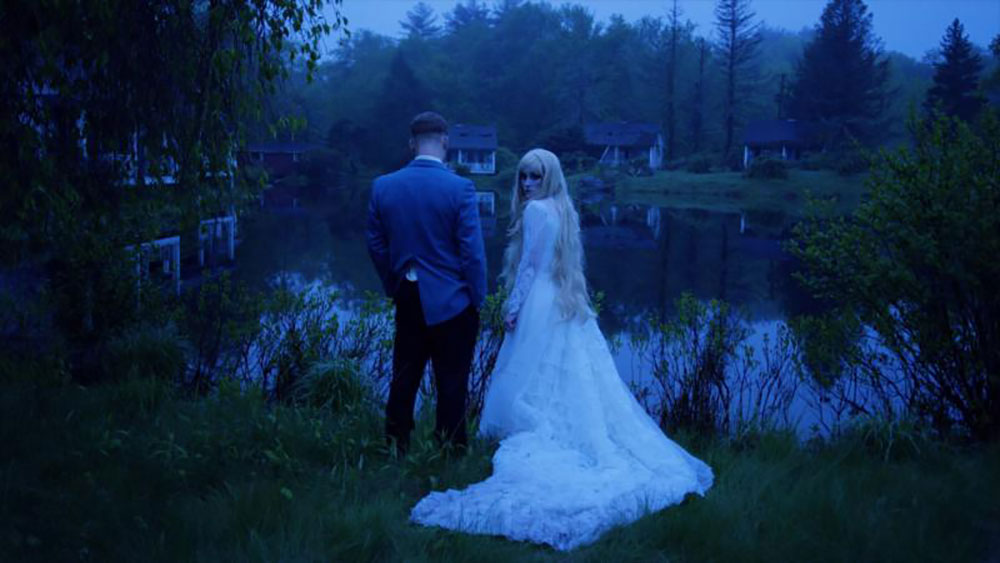 Then Side B started, and I was almost instantly let down.

The lyrical content doesn’t change, no. It’s still dark and dreamy, with heavy nods to violence, obsessive love, and mutual destruction. There’s even another remake of a previous Dollanganger track: ‘Chapel’ (originally a track on Gibson Forever, then a bonus track on the Run For Cover Records re-release of Dawn Wiener). Nicole’s voice doesn’t change either, it’s still the same airy, lilting tone that it’s always been.

That is, when I can hear and understand it.

The main issue with Side B lies in its instrumentation and production, a clear influence from one of Nicole’s artist co-op ally Claire Boucher aka Grimes.  There’s so much reverb over Nicole’s voice in tracks like ‘Snake’ and ‘Lacrymaria Olor’, that her vocals are nearly drowned out by it in places, so much so that I needed to look up the lyrics multiple times to get them down. 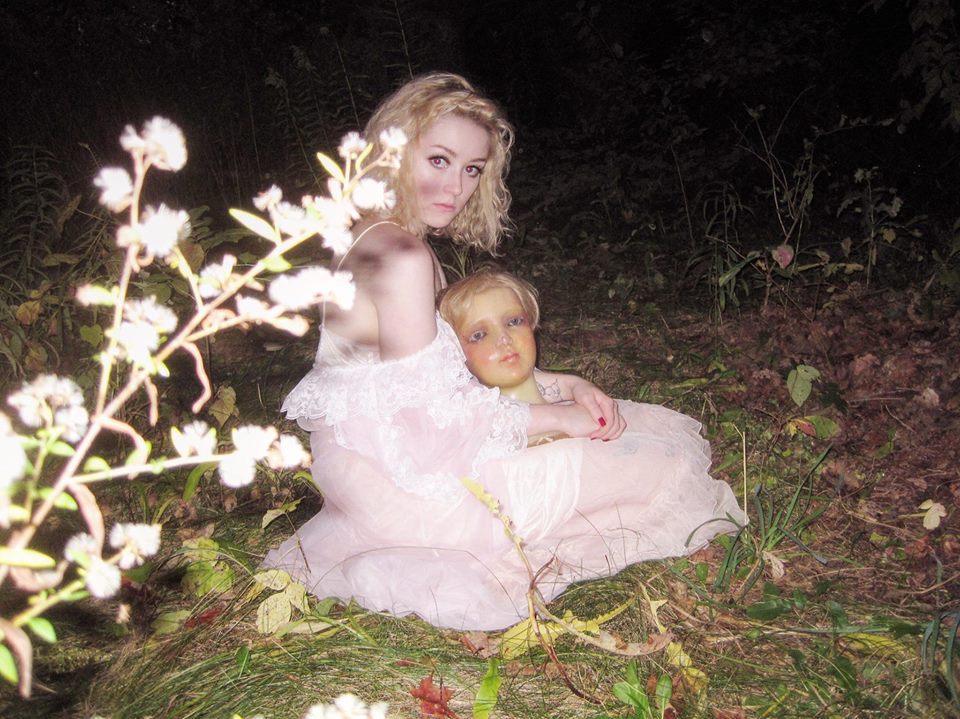 The instruments around these tracks don’t help matters, drum work and distorted keyboards and guitars making it hard to understand. ‘Chapel’ suffers from this too, but on a smaller extent. The only tracks that don’t suffer from this are ‘Beautiful & Bad’, which seems more suited to Side A and is a perfectly good song about toxic love, and ‘Only Angels Have Wings’, which runs far too sappy for my tastes.

The two halves of Heart Shaped Bed are separated on Dollanganger’s bandcamp, so I’d recommend getting Side A and ‘Beautiful & Bad’ from Side B, while avoiding the other four tracks. However, since they’re meant to be one full album in general they’ll be rated together. Save for ‘Beautiful & Bad’, Side B crashes for me. It doesn’t burn, it just falters and crashes where Side A soared, mostly ruined by the excessive amplification of instruments and the droll lyrics of ‘Only Angels Have Wings’.

I sincerely hope that these issues aren’t present on Nicole’s next release, whenever that comes. Despite my misgivings with this record, I’ll still be waiting for the next album with open arms.