Five years after first visiting one of my favorite haunts in Raleigh, I return with my family to relive the magic of The Haunted Forest At Panic Point. 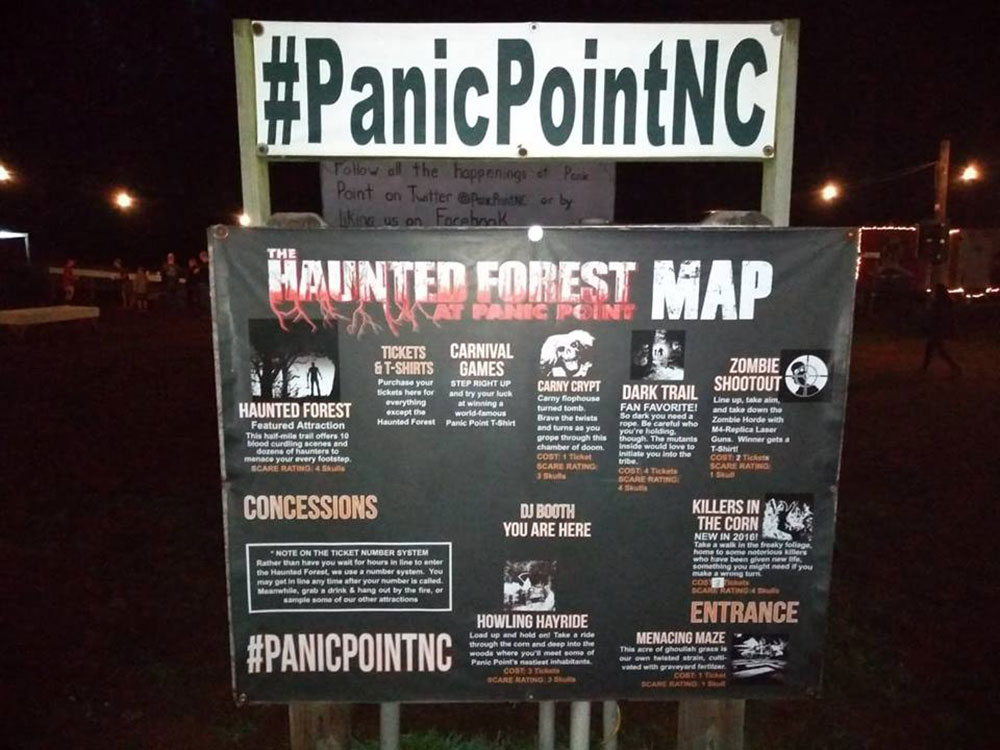 Five years ago, I took my daughter and my mother to this place I heard about through word of mouth called The Haunted Forest at Panic Point.  As Halloween and scares are an everyday norm of my life, I always try to find a way to bring my family into what I do so that they have a better understanding of “why?” I do what I do.

At first I was thinking this would be a cheesy little attraction in the middle of nowhere and that it would be a disappointment to everyone.  I COULD NOT HAVE BEEN MORE WRONG!  This place was amazing!  The make-up was phenomenal, the location was perfect, and there was a vibrant energy that I had never felt before at a haunt. 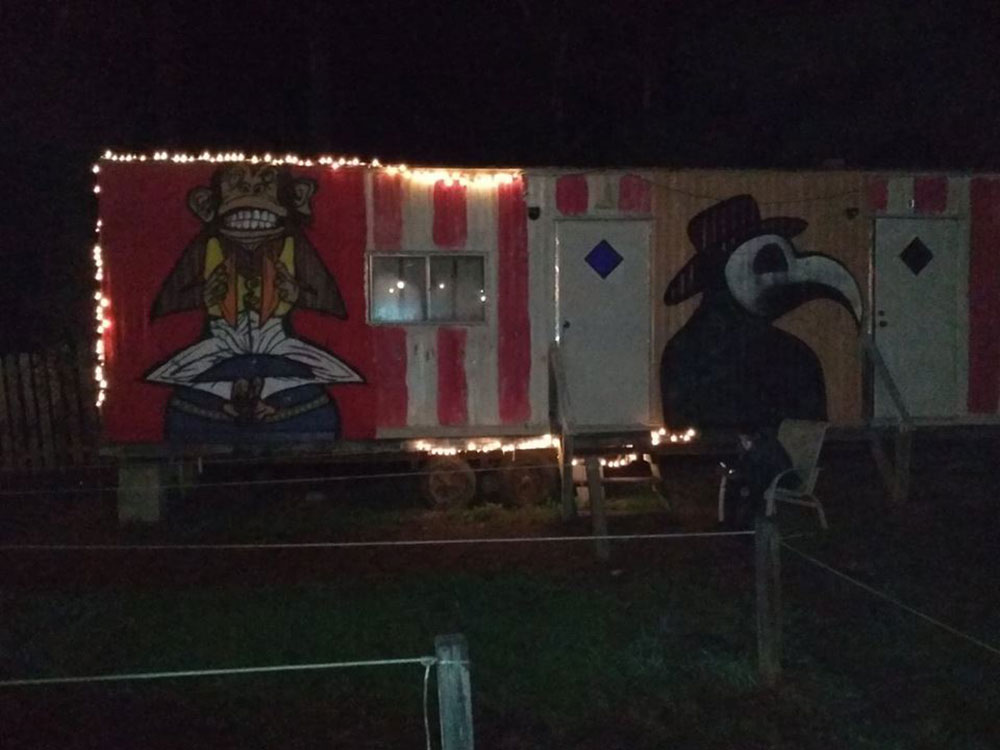 For five years my daughter and I talked about that night and wondering if it could have stayed the same or improved.  This year we decided to go back for a “sequel visit”…

We arrived just as they were opening, and right away you could tell that word of mouth had continued to spread the legend of Panic Point. Cars were lined up everywhere, and you could feel the buzz in the air from everyone.

As I said five years ago, Panic Point is set in what seems to be the middle of nowhere in a cornfield — and the owners have managed to take 50 acres of farm land and turn it into an amazing blend of family fun and good hearted scares. 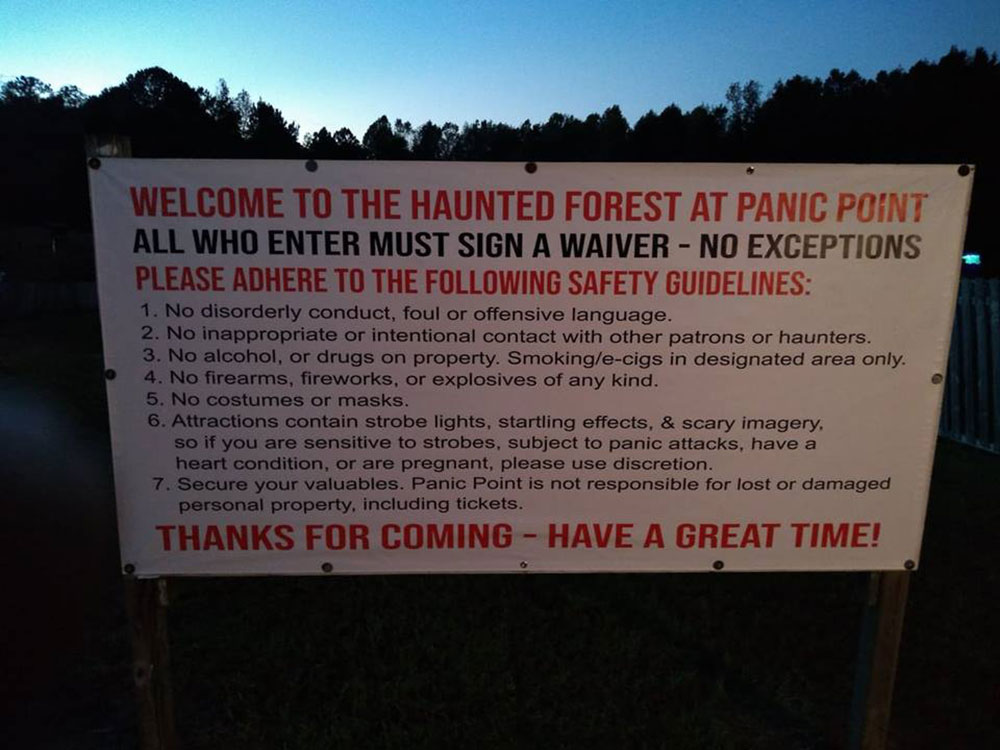 We arrived at the ticket booth (which was well lit and the prices for everything CLEARLY posted for all to see as in the pictures above) and turned in our waivers of liability (Again, a great touch not only for safety, but a feel of nostalgia for when we went to things to be SCARED!) and entered.  It was like déjà vu all over again.

So we started with the Howling Hayride, and it was even better than I remember from the previous visit.  Sitting in the very back gave us a great perspective of the stops and the surprises that came with them.  Very dark and suspenseful, this is certainly the most intimate of the attractions, as you have so many people confined into a tight space with performers emerging from nowhere and amongst the crowd.  The covered bridge and the U.F.O crash scenes were my favorites and very well done.  The ride takes almost 20 minutes, so you really feel like you are in the middle of nowhere once everything starts and the terrors begin. 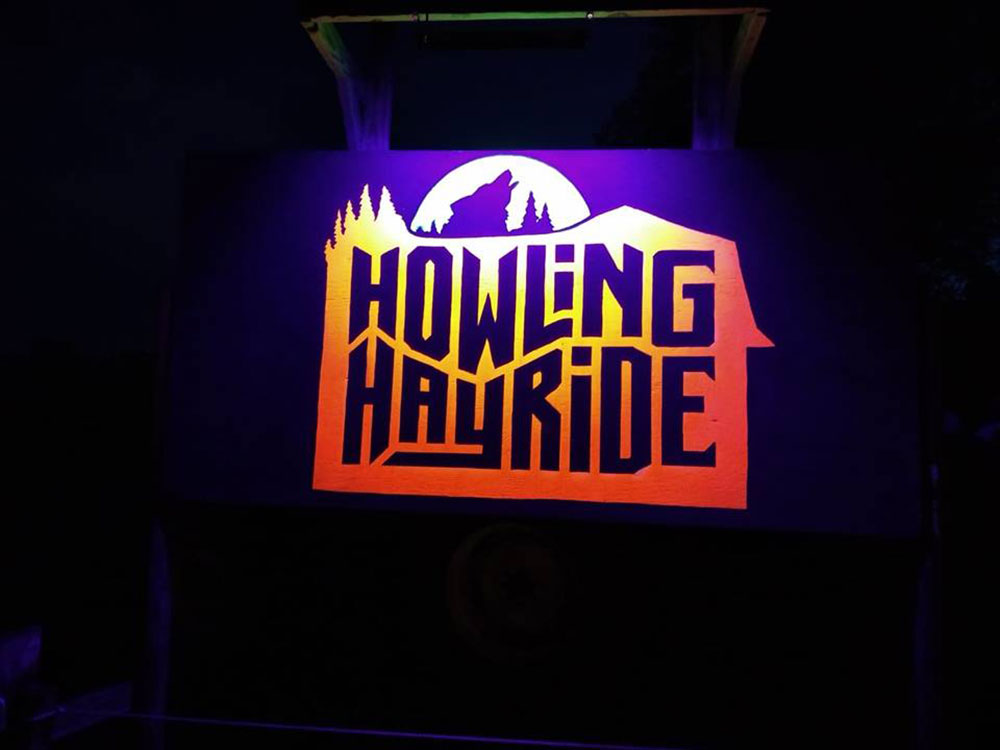 From there we went to the main attraction, that of course being the Haunted Forest!  Same rules and regulations applied as before so we headed off up the dimly lit path to see what was new.  There were several new structures and scenes seeded throughout the forest, each having its own horrific theme and tone.  Once again, my favorite was a maze like area with strobe lights and death metal screaming from all around us.  That was followed closely by the church and hearse tucked in the furthest reaches of the woods.

The lighting and make-up could not have been any more perfect than what they were.  Screams of terror and delight came from all around us. And by the time we made it to the end where the scary guy with the chainsaw was, we were breathless with delight. 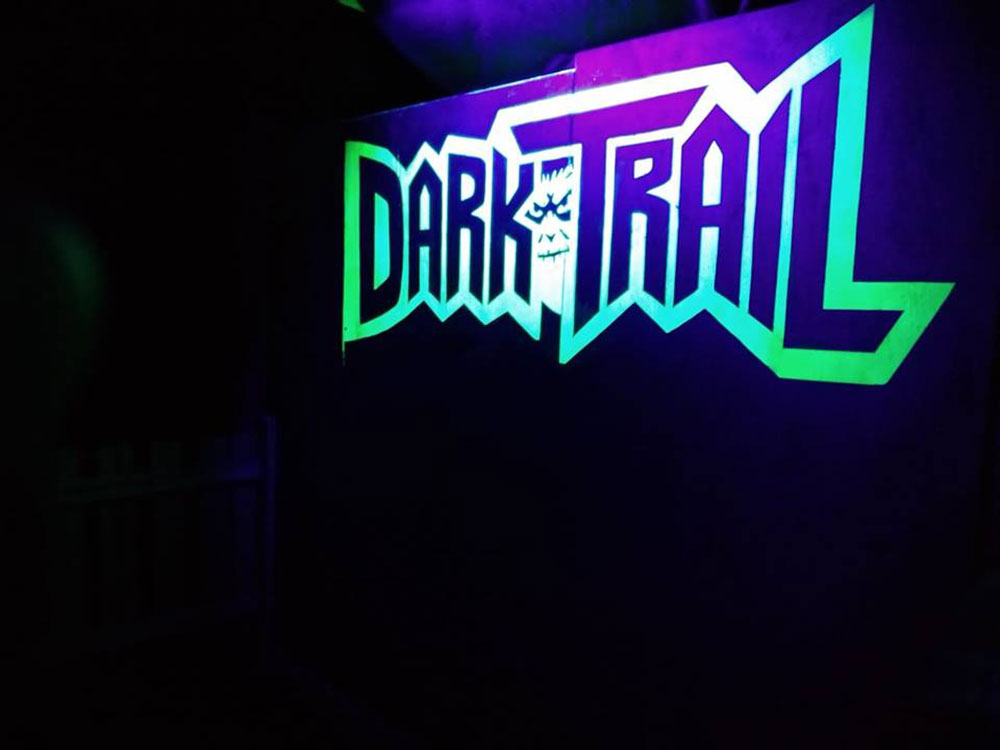 From there, The Carney Crypt took us through a very cramped but delightfully designed trailer that is more than what it seems, and then the walk through the Dark Trail mellowed us out.  The Dark Trail is very deceiving as you walk in complete darkness guided only by two ropes.  Anything and everything is in the darkness waiting for you, and sometimes you imagine things that are not even there. Certainly not for those that have an intense fear of the dark and things that go bump in the night!

I shot a few zombies at the LaserTag Zombie Shootout while my daughter and her boyfriend went through the Killers In The Corn Maze.  They both gave it high marks and spoke very specifically about the Jason in the maze. 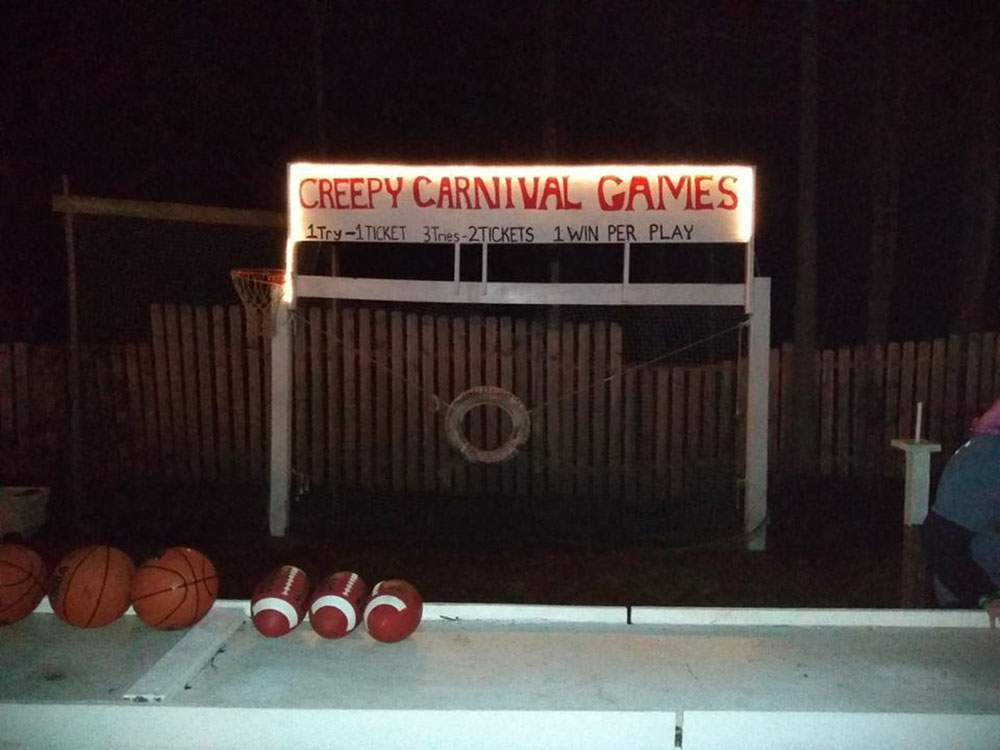 The Dedman Verdict: 5 out of 5 Bucket’s o’ Blood

Once again, this was a FANTASTIC haunted attraction and something that I wish more haunts aspired to be.  It is Rated PG-13, but I would caution parents to think hard before bring younger children.  While no one is being cut in half and gallons of blood are not spraying everywhere, there is certainly some very intense make-up, and the strobing flashes could have an effect on some individuals.  If that is not a problem for you or your family, then I HIGHLY suggest if you are ever in NC in October to head to the Haunted Woods at Panic Point!

The Haunted Forest at Panic Point is located at 2808 Cedar Creek Rd. in Youngsville, NC, north of Wake Forest and just minutes from Raleigh. 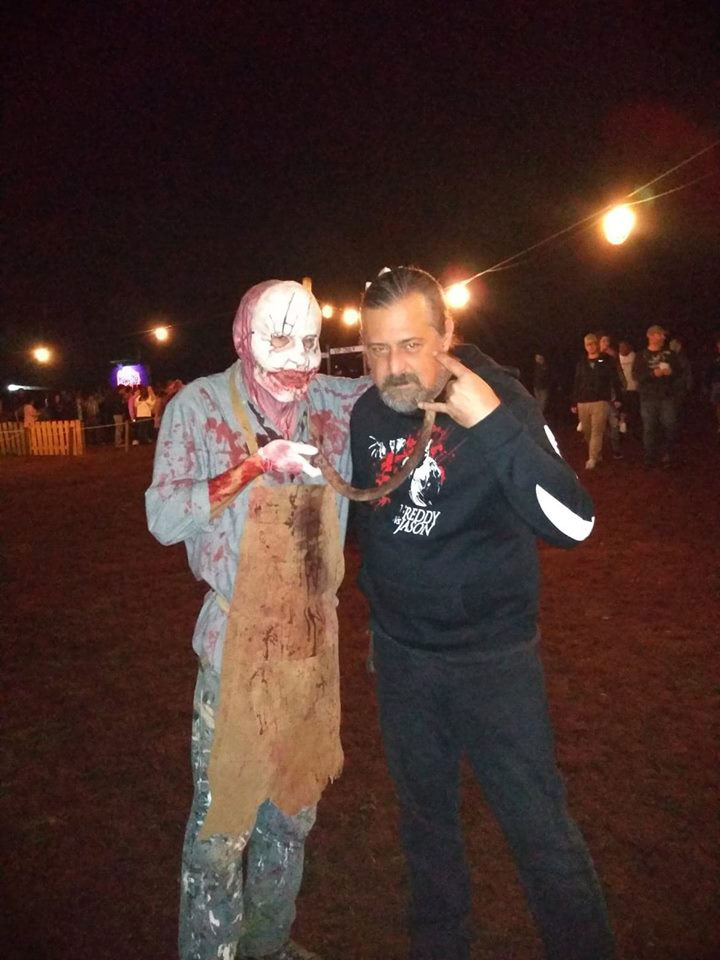