Holiday Horror Short: From the Heart

“From the Heart” is a dark, female-centric Christmas story from Catherine Delaloye and Mariana Trevino that adeptly tackles some difficult subject matter. 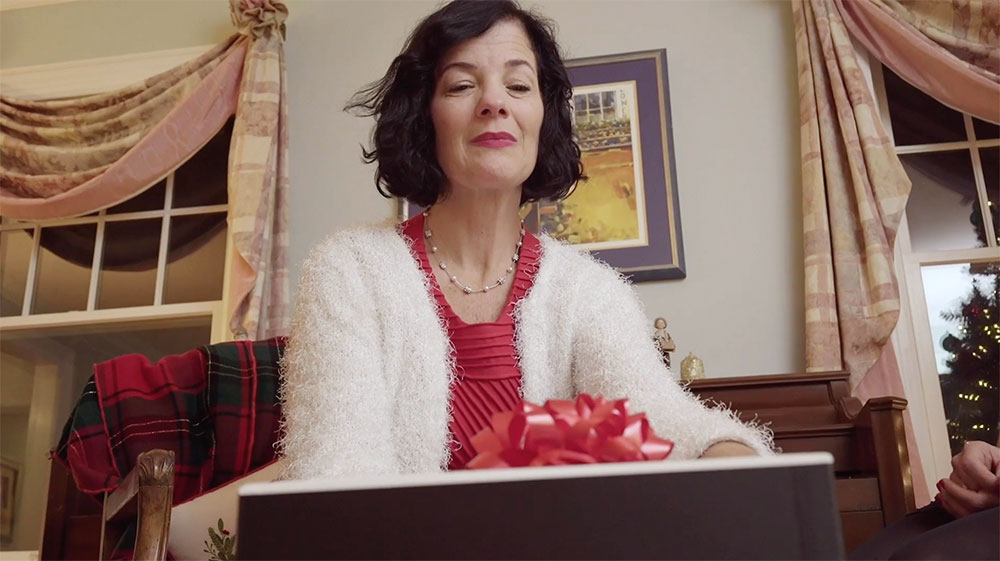 “From the Heart” is about a daughter who gets uninvited from her family Christmas and takes drastic measures to make it home. It deals with a dysfunctional family, addiction and mental illness.

Christmas films often come with an underlining message, and the latest collaboration from co-directors Catherine Delaloye and Mariana Trevino is no exceptation to the rule. It succeeds in delivering a message, although it is very blunt and without the Christmas cheer. 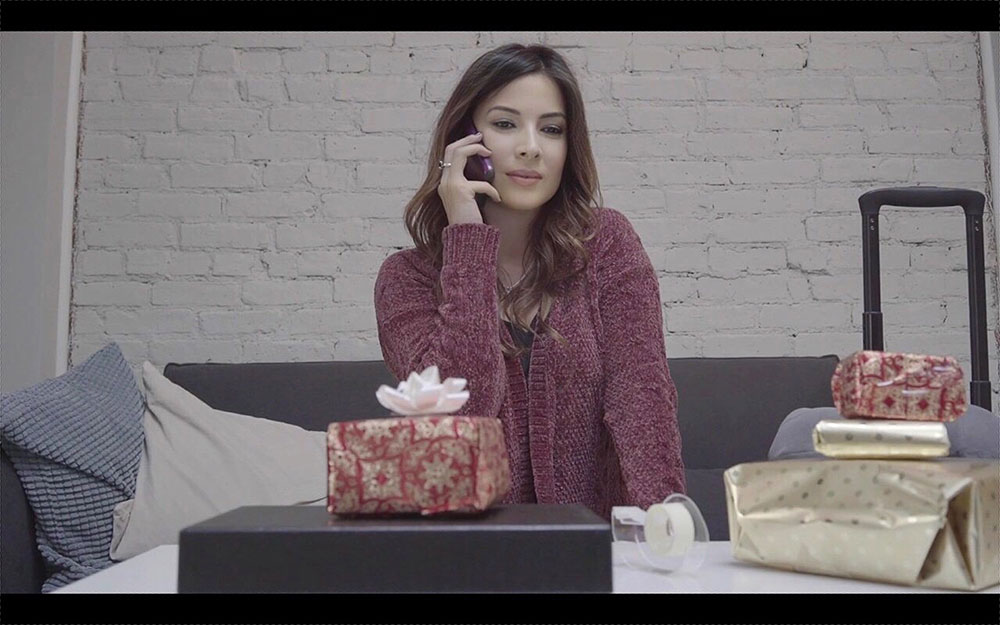 Catherine Delaloye returns to the horror genre, following her previous short Cyanide Love (which she also wrote and directed). From the Heart, however is a complete contrast to her previous film. In this film, she concentrates less on the visuals and delivers more of a stripped back horror film — focusing more on the reactions of the characters to explore the effects of people’s actions.

The film brings together a talented cast, which includes Lisa Tirone King as Mom, Her vindictive nature towards Lilly makes her extremely unlikeable. There does, however, seem to be a moment of remorse where she seems to reflect momentarily on the effects of her behavior — even if it’s a little too late.

The film also boasts a brief supporting role from a familiar face (or voice), with writer, actor and radio host Joe Pardavila as Brett. 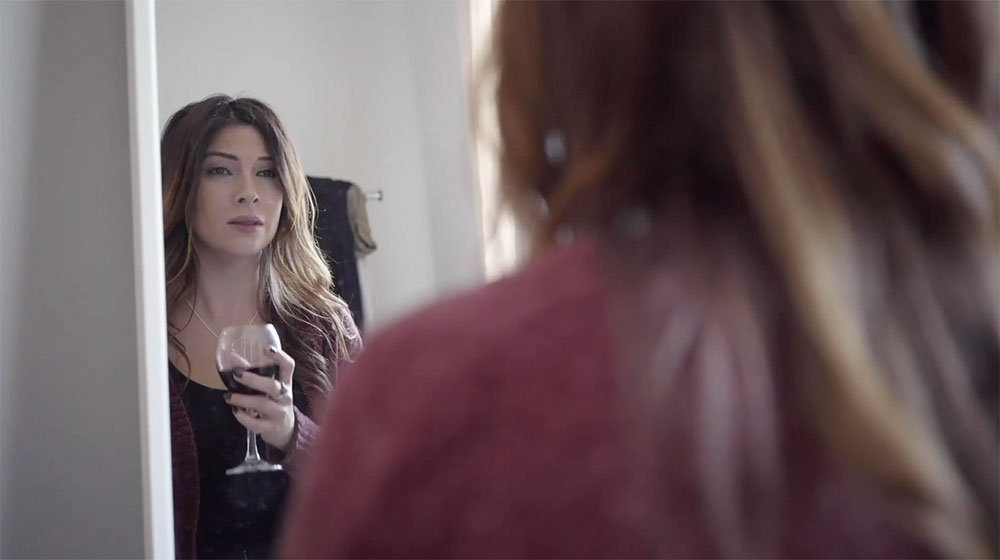 Catherine Delaloye also stars in the film, playing the lead role of Lilly. Her character is a former addict whose unexpected phone call from her mother is just too much to take, as she is told that she is no longer welcome to attend the family dinner. The film doesn’t really allow enough time to explore the characters, but it does offer a brilliant montage scene depicting Lilly’s emotional spiral as she becomes distraught after being excluded by her mother.

With an ongoing feeling that she can never do enough to please her mother, Catherine displays the vulnerability of the character well in her performance. 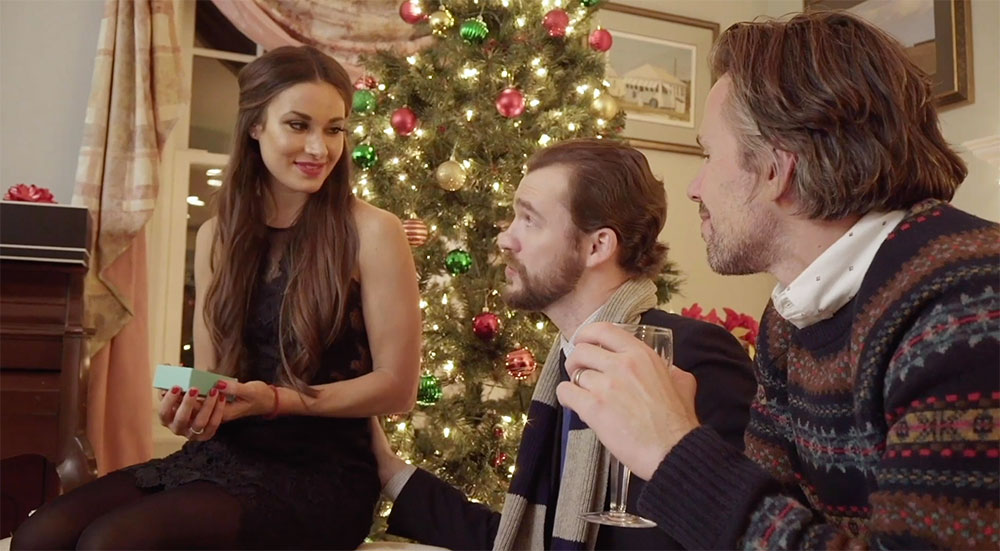 Daniele Panza, who did an exceptional job with the music for Cyanide Love, returns to score Delaloye’s latest film. Once again, the music works really well to depict the mood of the scene. Whether it is the gradual increasing of momentum with the use an electronic rock sound, or a more delicate acoustic sound during the dinner, it always seems to add perfectly to the moment.

Even the end credits continue the emotional impact of the final scene, delivering a festive tune with a rock twist and the sound of Mom in the background.

The film does an admirable job getting its message across. However, the dinner scene with Mom’s constant adoration of her other daughter, Marie, in the absence of Lilly, is played in almost an over-the-top way to accentuate the situation. With that being said, it works well with the reaction from other family members, leading up to the final twist. 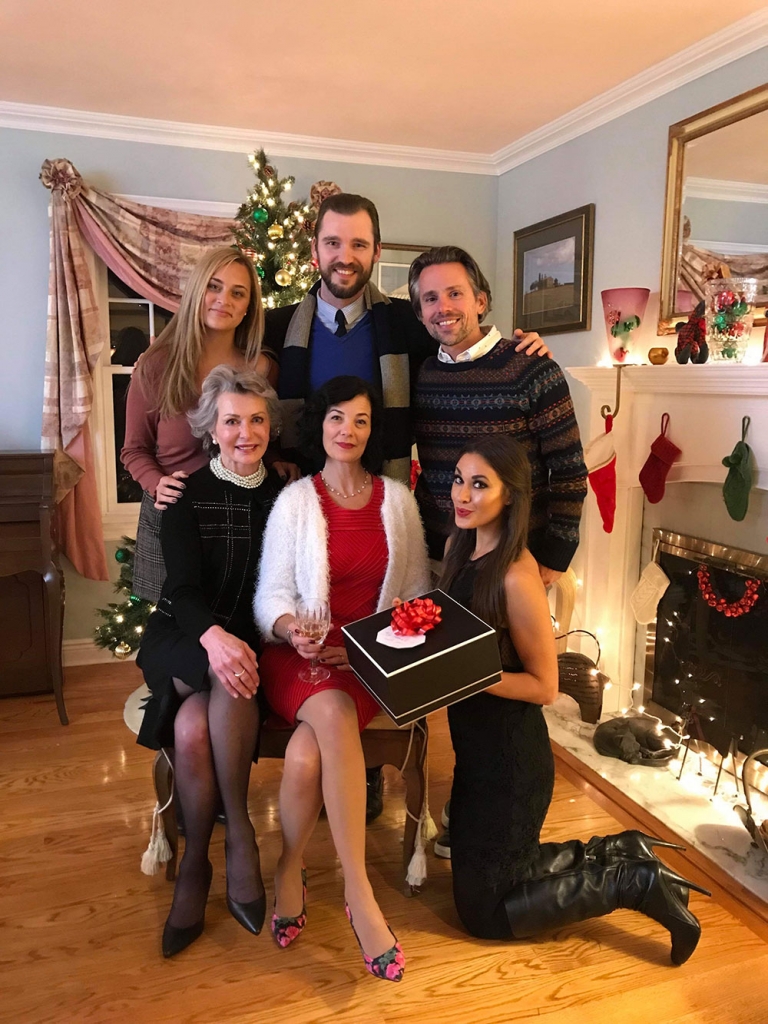 From the Heart is not your traditional seasonal short. But dealing with important mental health issues, it does deliver a powerful message with the execution.

It may not get you in a festive mood for Christmas, but it is a horror film after all, and that’s not really what it tries to do. What it does try to do — and what it does exceptionally well — is deliver a relevant and impactful final message, which some people may need to hear this time of year.

Catherine Delaloye has made a name for herself in the horror genre, following her lead performance as Ryley Dunn in the zombie horror Welcome to Essex (2018) and as a writer-director with her short film Cyanide Love. From the Heart is the directorial debut for Mariana Trevino, whose previous writing credits include the James Franco produced Horror Time (2018), which she co-wrote with several writers, including Catherine Delaloye.

From the Heart is now available to view. You can watch the embedded video below or click here to watch on Vimeo.