Around the World in 80 Films: Nordic Countries

For the next stop in our trip around the horror world, we travel far and wide to uncover a few lesser known tales of terror from the Nordic Countries. 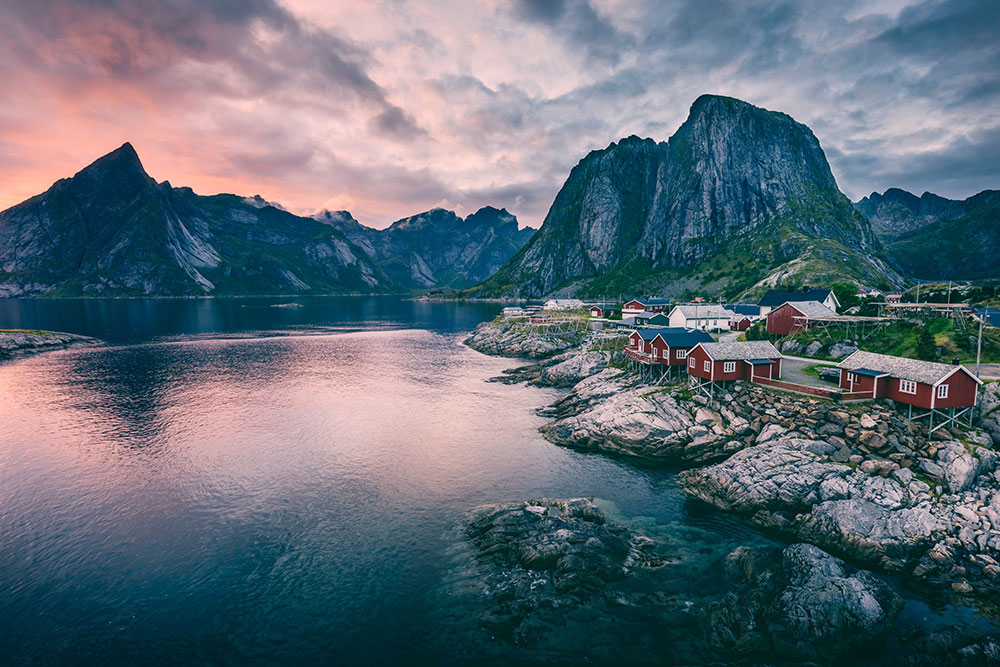 Welcome back to Morbidly Beautiful’s Journey Around the World in 80 Films!  This month officially marks the halfway point of the journey, as well as a turn off the beaten path. In the past few months, we have traveled through countries known for their horror legacy, like Italy, England, Germany, and France. But this month, we travel to lesser known territories of the horror world.

One of the oldest films from the area is the 1921 Swedish silent classic Körkarlen, aka The Phantom Carriage. 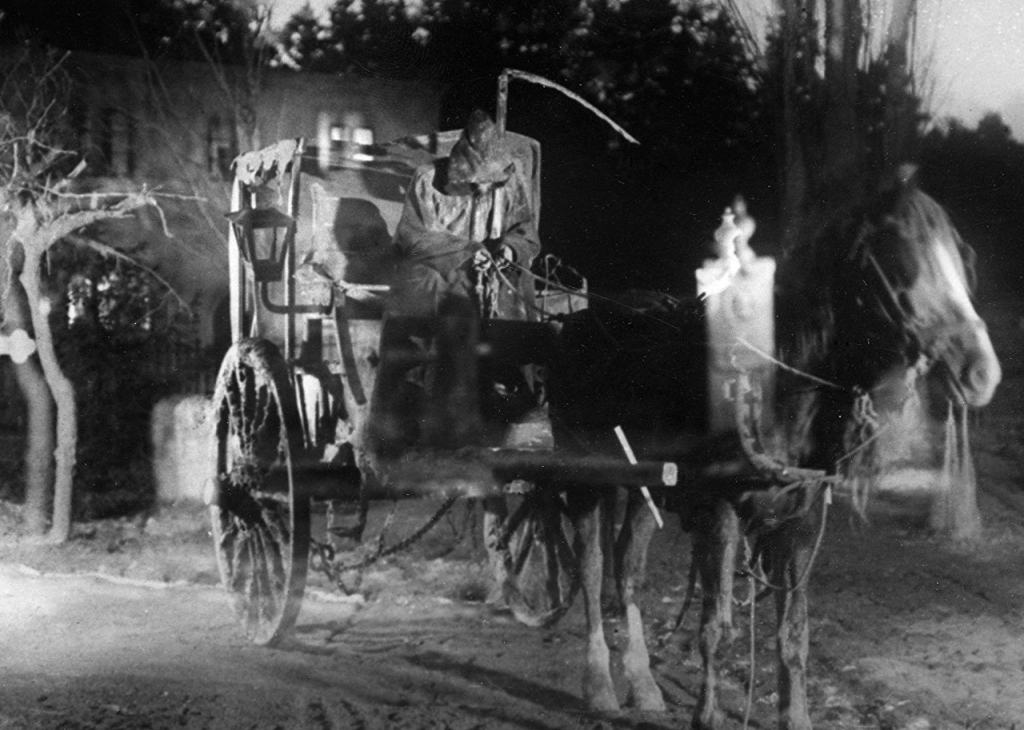 It tells of an ancient legend where the last person who dies on New Years Eve becomes doomed to drive the Phantom Carriage as the grim reaper for a full year.

Another older but lesser known horror film from the area is the 1952 Finnish film Valkoinen Peura, aka The White Reindeer. 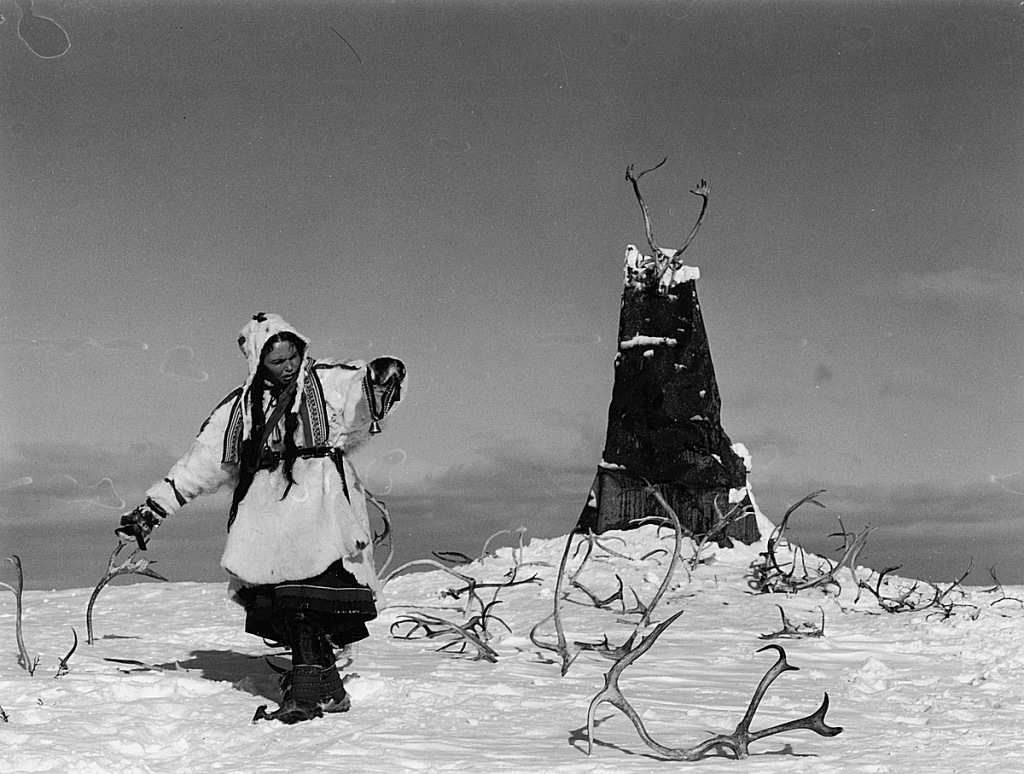 This bizarre film follows a newly married couple whose relationship is strained as the husband is always gone working as a reindeer herder. One day, to alleviate stress, his wife heads to a local shaman to help. But he accidentally curses her, and she soon transforms into a vampiric white reindeer.

The White Reindeer is one of the prettiest black and white films you will ever see, as the majority of it is set in a snowy tundra. It’s an absolute must see for fans of early, folklore-based horror. Both The Phantom Carriage and The White Reindeer are public domain and can be found in full for free on YouTube.

Now, let us explore four more must see, hidden gems from this region. 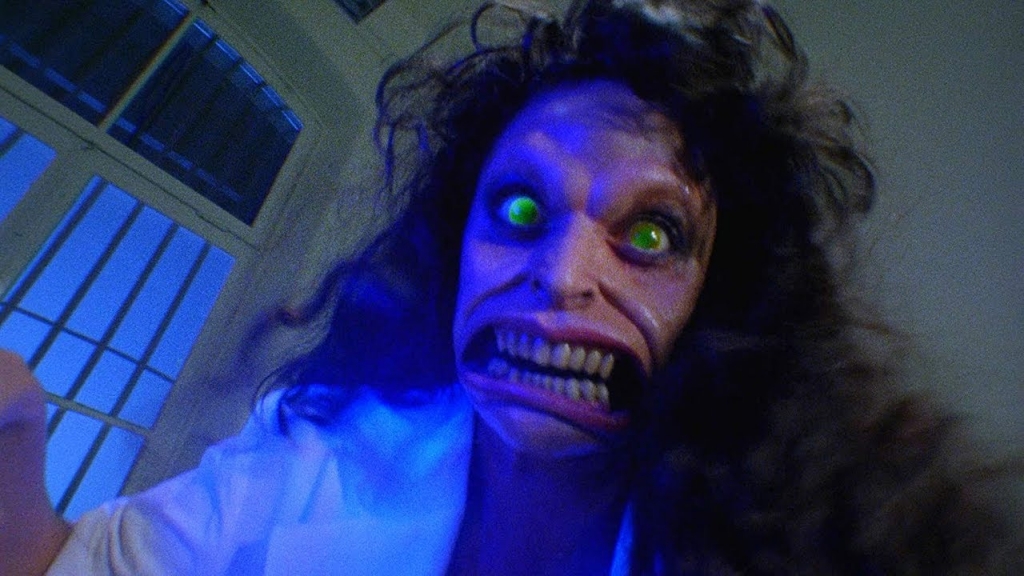 Evil Ed follows a film editor, Ed, who has been reassigned to the Splatter and Gore department. Instead of editing artsy cinema, he is now in charge of editing the Loose Limbs series of films. There are apparently 8 of them, and they are the most grotesque films ever made. Evil Ed often cuts to or describes the Loose Limbs films in gross details — and they all have gratuitous nudity and tons of gore. One even includes a chainsaw-wielding beaver rape scene.

After watching hours and hours of film reel, the gory movies start to get to Ed, and he soon transforms into the raving maniac Evil Ed. Once the transformation happens, Evil Ed turns into an absolute splatter fest as Ed hunts down the creators of the film in a hospital, while being chased by police and grotesque monsters from his imagination.

The biggest highlight of this insane film from Anders Jacobsson, however, has to go to be the special effects — some of which are just mind-blowingly realistic. 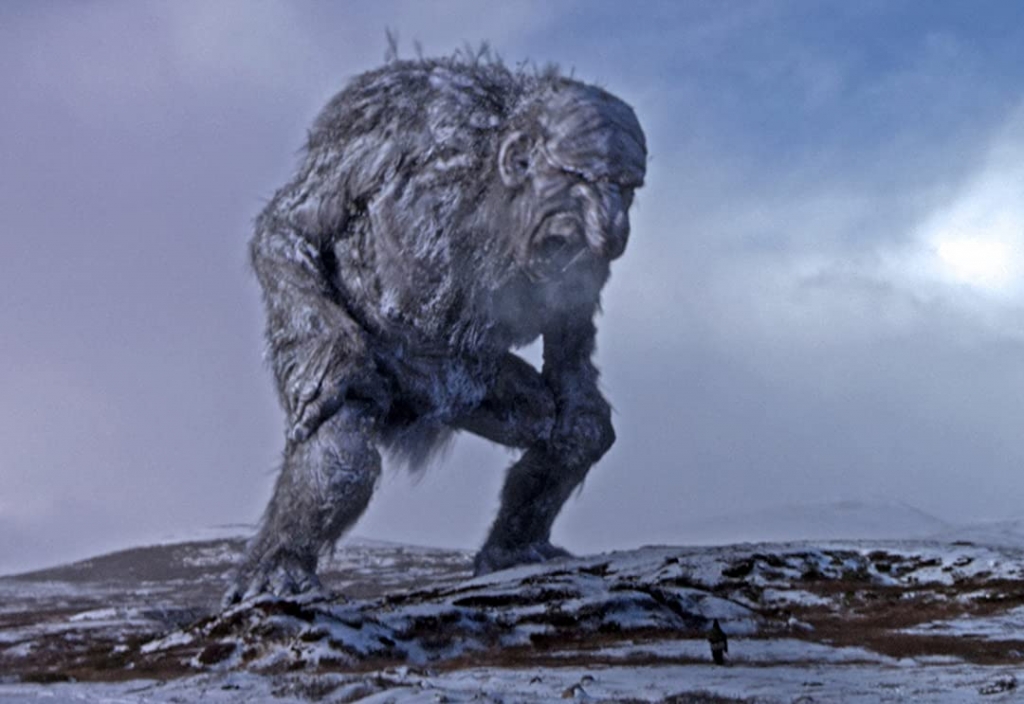 Instead of following ghost hunters in a haunted house, we follow a group of students searching out mythical trolls. It starts out unassuming enough, with college kids on a mission to expose a bear poacher. But it soon becomes clear that he is no poacher, and his prey is much, much larger. It turns out that the supposed poacher, Hans, is really a disgruntled employee of the Norwegian government; working in a secret department that controls the migrations and reproduction habits of giant ancient trolls.

There is a fair bit of ancient myths around the trolls that is explored. Different species are shown, and we learn the older trolls turn to stone under sunlight while the younger trolls simply explode.

The trolls live under bridges, and they can smell the blood of a Christian man, which leads to the only on screen kill — an absolutely terrifying POV account of a man being swallowed by a troll.

Child Eater is a modern film with a 1980s vibe that borrows heavily from American films like A Nightmare on Elm Street and Jeepers Creepers.

You know the story about the stork that brings babies? Well, apparently there is a black stork which also brings babies, but it pecks their eyes out, and the babies crawl around screaming and bleeding everywhere. The place where this all happens is the birthplace of a pure evil monster known as The Child Eater, who lures children to his house to eat their eyeballs.

Of all the countries we have covered with their unique myths, this story from Iceland is by far the most insane. The story follows a babysitter watching a young boy in a remote farmhouse. Suddenly, the Child Eater appears and starts tormenting them, trying to get to the boy and eat his eyes. The film takes a lot of chances and really jams a lot of story into its short runtime — sometimes to great effect and sometimes taking a head-scratching turn.

All in all, this is a very interesting and dark throwback to 80s slashers.

Lake Bodom is an extremely ambitious film that dips into various horror sub genres throughout its multiple plot twists.

The story is inspired by the legendary Bodom Lake Massacre, an unsolved Finnish crime where 3 campers were bludgeoned to death in their sleep, with a fourth left alive to tell the tale. We follow four young friends as they head to Lake Bodom years after the brutal crime to investigate what happened and seek out a little adventure. But on their first night camping, things take a deadly turn.

The film shifts narratives multiple times, and the concept is very interesting. At first, it starts off like a standard slasher — with a villain lurking in the darkness, murdering teens as they engage in premarital sex and drugs. A plot twist then reveals Lake Bodom to be more of a revenge flick. And yet another twist turns it into a High Tension-esque psychological thriller, before it finally transforms into its final form: a supernatural haunt.

Lake Bodom was one of the first Shudder exclusive films, and it’s a fantastic watch; a surprising and unique story that keeps you guessing until the very end.

If you are hungry for more Nordic Horror there are plenty of wild films to watch!  From Iceland, there is the horror comedy Reykjavik Whale Watching Massacre. From Sweden, there is of course the aforementioned Let the Right One In. From Finland, there is a film called Sauna worth checking out. And from Norway, there are the two excellent Dead Snow films about Nazi Zombies.

In the next entry of the series, we will be exploring Eastern European Horror with a unique film from each Czechia, Hungary, Estonia, Austria and Russia.