The Nashville Film Festival took place from September 30th to October 6th and featured many clever and gruesome shorts we loved!

The Graveyard Shift program was a special segment of the Nashville Film Festival that feature short films dedicated to the horror, sci-fi, and thriller genres. Varied with different sub-categories and content, the segment was filled with unique ideas and eerie realities. Here’s our recap of the event! 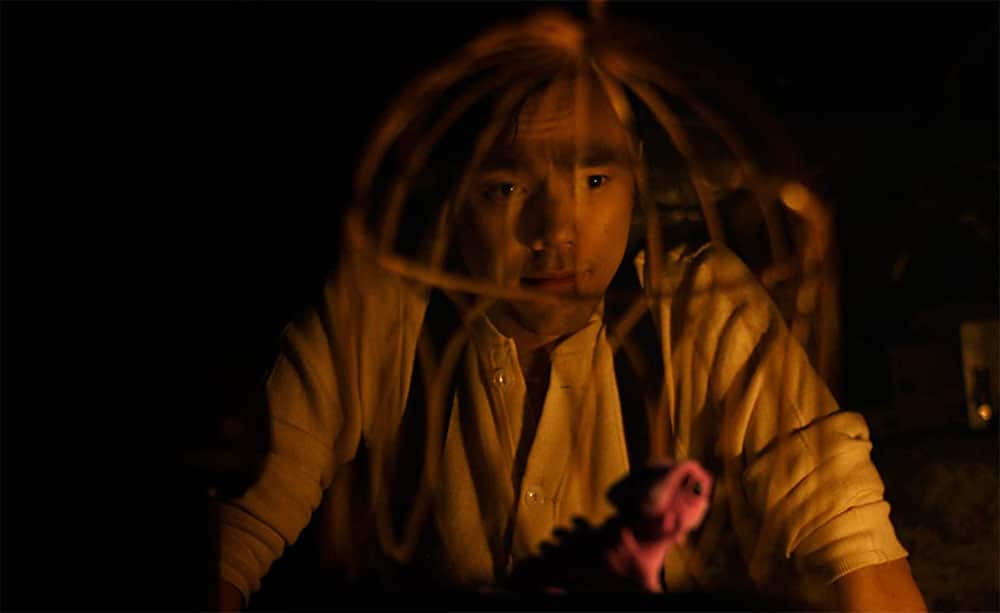 Combining adorable creature designs with dark comedy, THE ATOMIC SPAWN is a modern monster with an old-school heart.

Taking place somewhere in the future (who knows how far from now it could actually be), Atomic Spawn begins with John Nguyen (Brandan Ngo) walking through a desolate, post-bombed landscape when he finds a small egg. Knowing the egg shouldn’t have survived the bomb, John decides to find out what happens.

After an adorable stop-motion animated dragon hatches, John has to find a way to keep his hidden secret to himself, but only briefly.

Directed by Arthur Veenema, this exploration of a post-livable existence points to a dreadful aftermath and the kind of hope that can come in unlikely packages. 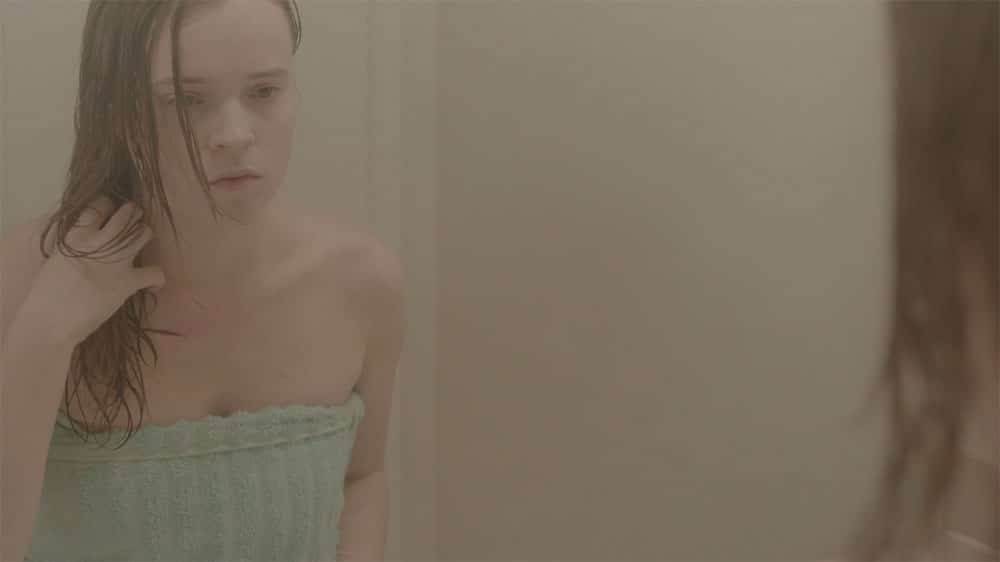 A teenage cutter in recovery and her overbearing mother are haunted by a ghost who seeks to keep them at odds.

In Cutter, writers/directors Daniel Repp and Lindsay Young tell a gruesome story about two young girls who are committed to cutting themselves. One is released from the hospital, while the other doesn’t make it past the opening scene.

The film follows survivor, Raelyn (Nadia Alexander), who was just released from the hospital as her mom (Leslie Fender) attempts to keep a close eye on her daughter. Unfortunately, they are both fighting despair and something more sinister than they thought.

In this heartbreaking yet brutal film, we learn the various sides of depression, love, and how our relationships with other people are what make us human.

Click here to learn more about the incredible special effects for Cutter. There’s no trailer for this short, but you can learn more about it and watch the Kickstarter promo video right here. 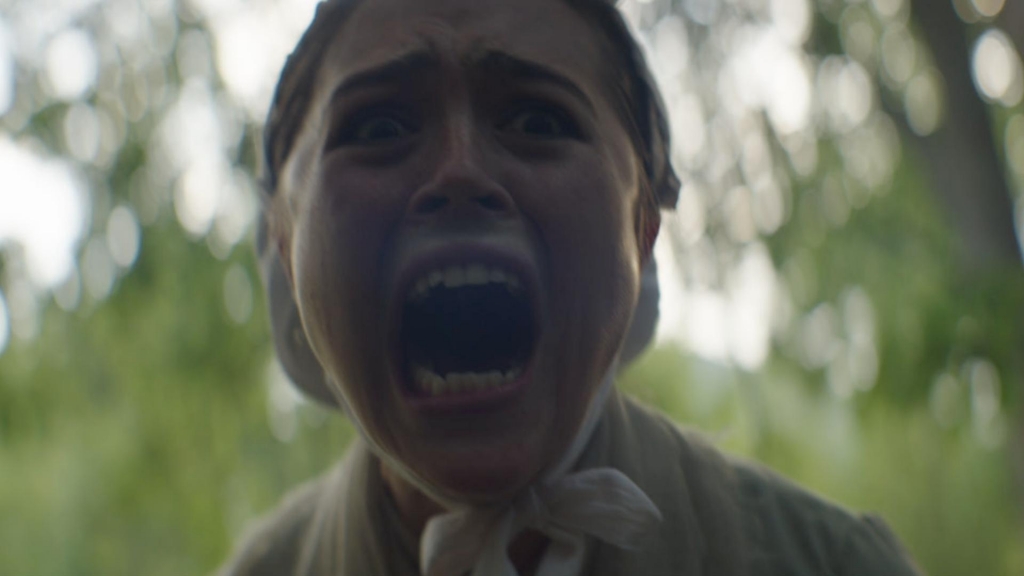 A salacious secret is uncovered in a nineteenth-century New England Village.

The horror lies in the unsaid in Harvest Bowl that focuses on two women, sister-wives, who are prepping an excessive amount of sweet potatoes. Jumping from a fairly typical conversation to the bizarre, Harvest Bowl takes a quick turn into the strange when the women start singing in unison.

Eventually, a man, Father Jacobs (Jared Kemp), brings them (seriously) more sweet potatoes, just as Sister Elizabeth (Simone Grossman) is being threatened by Sister Mary (Rosemary Howard) for speaking too fondly of a married man. Sister Elizabeth responds to the threats by accusing Sister Mary of using a missing sweet potato for something nefarious, sending the film into an interesting feeling of panic.

From writer/director Cody Kostro, who has to feel some kinda way about sweet potatoes, Harvest Bowl is festive and weird. What more could you want around this time of year? 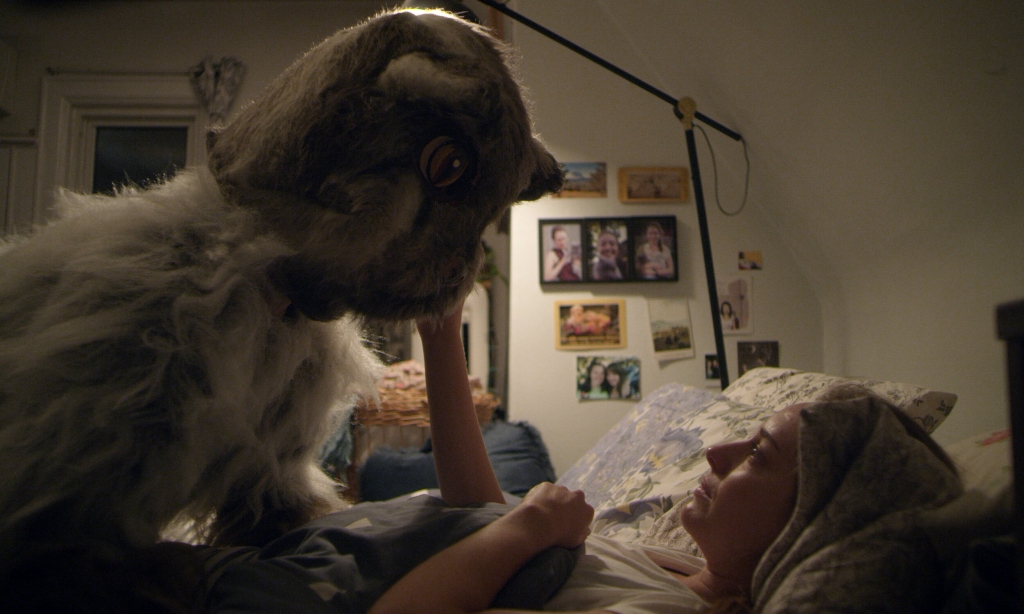 An eerie bifurcated character drama about a queer encounter between two lonely cat enthusiasts, and a macabre test of one’s social obscurity.

Another strange type of story is Heavy Petting, which centers on a young woman (Haley Midgette) looking for her missing cat. She tries to go about her routines but is soon haunted by a meowing.

Eventually, after leaving missing posters out, she gets a call from someone who just adds to the confusion. The caller doesn’t have the missing cat, but instead creepily asks what the woman misses about having a cat. That’s when a cat shows up outside her home, but it’s not really a cat. It’s a human in a catsuit.

The woman, desperate for attention, allows the cat inside and cuddles with this human in a catsuit, until bedtime. That’s when the catsuit is removed and the two make a more human connection to each other. But when the woman’s real cat returns, the substitute human cat is sent on its way — back to its own lonely existence, where we watch them experience being ignored