In 1967, something big crashed in the waters near Shag Harbour, Nova Scotia. But what happened next is what really made waves in the UFO community. (16 min) (5.1.20) 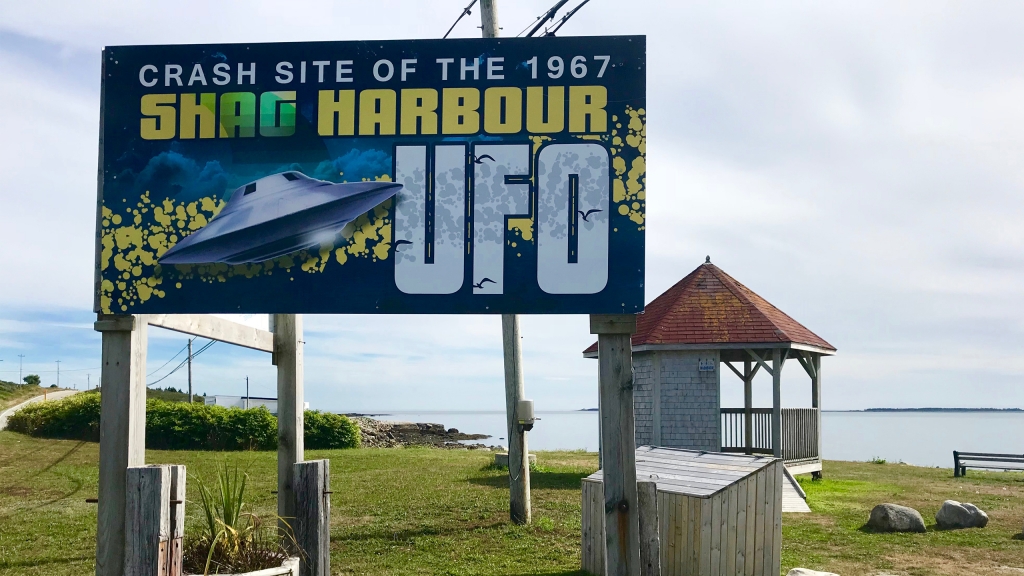 So, I’m just going to get this out there: I’ve been on a bit of UFO kick as of late. I admit it, and I have no idea why. Maybe I was visited recently and my memory was wiped, but on a subconscious level something was imprinted. Who knows. Nevertheless, I have another UFO story for you, and although it’s not as big or well known as the Phoenix lights, or as insane as the Heaven’s Gate cult, it’s a very important one for a couple of reasons.

What incident is this, you may be asking? Well, I’m talking about something that happened in 1967 off the coast of Nova Scotia, Canada — specifically a place called Shag Harbour.

Now, before I go into the details, I just want to send my well wishes to the victims of the recent Nova Scotia mass shooting. It was a despicable act, and I recorded this episode prior to that heinous crime. But I don’t want to linger on that too long, you’re here for something dark, not something terrible. 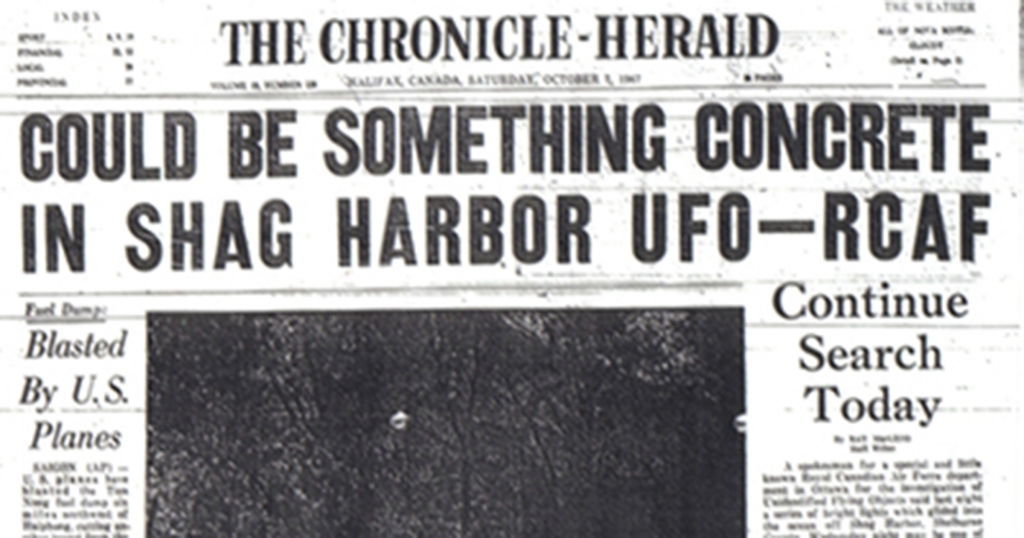 In October of 1967, a pilot and his co-pilot noticed something strange outside their Air Canada flight to Toronto. It was something they’d never seen before, and it was certainly something they didn’t expect to see. In the very definition of the phrase, UFO, they spotted something unknown; something that didn’t belong. And they weren’t the only ones. Several eye-witnesses spotted this flying craft off the coast of Shag Harbour, and even watched as it crashed into the waters not far from land.

Was anything found through search parties and government involvement? Well, you’ll have to listen to find out. I can tell you that it is officially documented as a UFO in the public and government records, and what was discovered is something truly remarkable. This is the Shag Harbour UFO incident.