This week, we continue our look at slashers as real world killers, with part 2 of our exploration into the heinous crimes of Jason Voorhees. (16 min) (8.28.20)

EPISODE SUMMARY
In our series exploring the “what if they were real” crimes of horror’s most iconic killers, we have made it to part 2 of our look at the most prolific slasher of all, Jason Voorhees. In case you missed it, you can catch part one here. 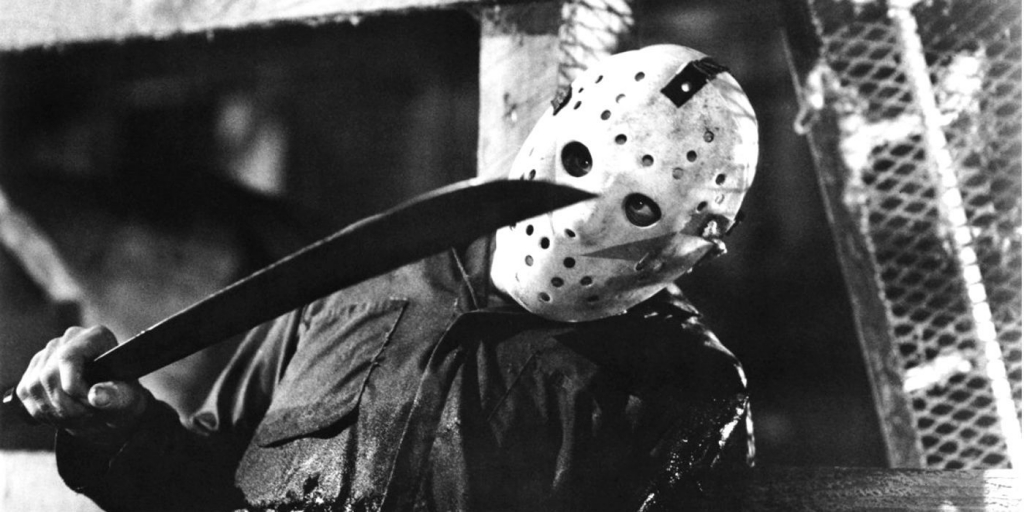 Last week, we stopped our journey into the life of the notorious Jason Voorhees about 1/3rd of the way through, which is shocking considering his reign of terror. The trail of bodies Jason left behind in just a few years was staggering, but we have barely scratched the service. In fact, it seems that Jason only seems to ramp up his anger and aggression the longer he lives. There’s no slowing this old dog down.

Despite numerous attempts, Jason Voorhees just couldn’t be killed; he can barely be slowed.

While he has had stints of inactivity, his legend lived on. He found new obsessions, he found new targets, and ultimately new victims. And still to this day, nobody knows why, or his true motivation. It is possible he still mourns his mother’s death, though given the time, I’d be hard pressed to believe that. Whatever his reasons, he has a near supernatural affect on people. His mere presence, his body, the mention of him has shown to overwhelm people and lead them to kill.

For all of Jason’s terrorizing, it’s hard to deny just how stone cold he is when it comes to pure murder.

But, there is another — one other killer, at least one — that can rival Jason’s horrific presence. In fact, it’s someone we’ve already discussed. And these two terrors just happened to team up once…but that’s for part 3. Listen to part two, now.