While stylish and cool, “Other Halves” excels with a strong cast and original story but fails to give the audience a real reason to care. 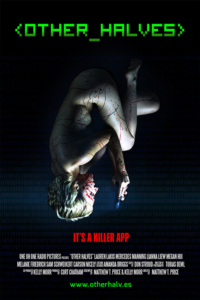 While a team of programmers hurry to prepare a new dating app called Other Halves for launch, they discover it causes strange and deadly side affects.

The opening scene is an attention grabbing infomercial that introduces the app to the audience. I loved this clever opening and the mysterious and bloody scene it immediately transitioned into. The 2 scenes expertly set up the film in an effective and interesting way, showing what the film was about without any lengthy exposition.

Throughout the film, texting appears on screen in a phone like sweeping fashion that follows the phone as it moves around on screen as the characters read or text before being swiped away. I found this to be a nice approach to the inevitable inclusion of texting in films; it came across as seamless and appropriate.

While I appreciate the thoughtful way the filmmakers inserted the use of technology into the film, such a reliance on digital communication took a lot away from the characters and their ability to illicit sympathy from the audience.

I never felt connected or invested in any of the characters and this kept me from ever really caring about what was happening. The constant glow of computer screens kept a stark, cool lighting throughout the film that left me feeling even more distanced from it.

The acting is a bit stiff at times, but Lauren Lakis, Lianna Liew and Sam Schweikert are all excellent in their roles. Lakis perfectly embodies the hipster/techy millennial girl, while Schweikert does a great job as the guy who was probably not too popular in high school but is a success after college. 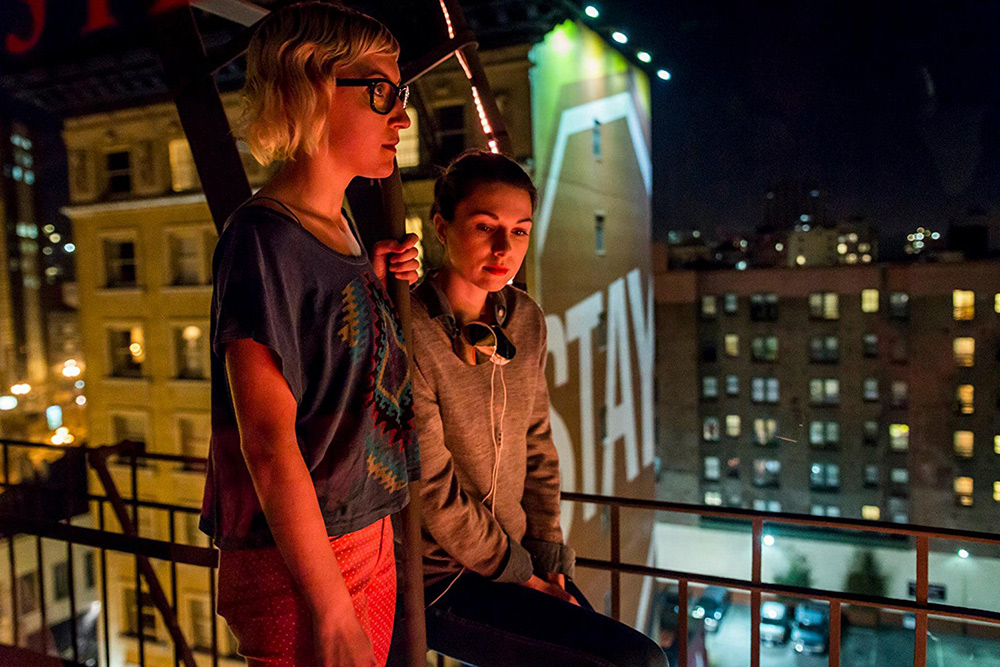 Lianna Liew is the stand out of the cast; she’s playful and mysterious yet creepy. She’s a character that’s hard to pin down and is by far the best part of the film.

The biggest misstep in Other Halves is that the technology it presents is supposed to be frightening, but in order for that to happen, the human element in the film must be threatened. And that’s the problem with the movie: the human element is missing.

When reality and the alternate reality the app creates begin to blur, any impact is deflated because the creation of the app is the min focus for the entire film with barely anything to show the reality of the characters and their lives in the real world.

While offering a cool story and some clever, stylish filmmaking, Other Halves ultimately misses the mark of it’s own idea by shutting out the other half of it’s technological component: the human element.