Panic Fest once again wowed with a stellar collection of shorts that left us satisfied yet hungry for more. Here are 10 of our favorites!

Sadly, this year’s Panic Film Festival has come to an end, but it was another homerun for horror fans. As Morbidly Beautiful’s Short Horror Editor, I look forward to this exceptional festival every year where I’m always impressed and overwhelmed in the best possible way by the quantity and quality of outstanding short film programming on display.

Having the opportunity to take in all the different styles, emerging filmmaking talent, and diverse stories is always such a treat. Narrowing down my list of favorites from the fest is never easy, but these films stood out for me with their quick and playful storylines.

Short films are a place for new directors, writers, actors, and talented crews to show off their skills and what they have to add to the genre. As always, I encourage everyone to seek out more short horror content, and the following films and filmmakers are a fantastic place to start. 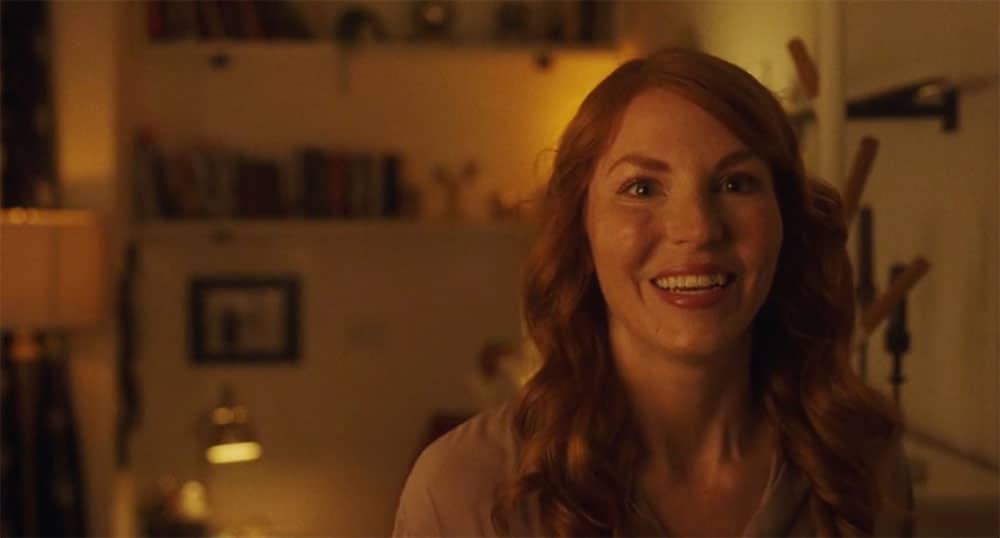 A determined Airbnb host lets a strange couple stay at their place and is surprised at what they leave behind.

Written and directed by Dan Frantz & Andy Koeger, Super Host features a couple Lia (Pearl Paramadilok) and Ashley (Ashton Swinford) who use their condo as an Airbnb.

Ashley is determined to become a classified “Super Host” so she can afford her own luxurious vacation. Desperate to please, this allows for their new creepy guests to be as strange as they’d like, without question. The guests stay for one night and leave behind occult-ish markings and a lot more than bad vibes.

In a world where we’re all too desperate to please and do anything for that 5-star review, Super Host is a clever and playful take on what it means to be too accommodating, reminding us that the customer is not always right.

A woman struggling with emotions is forced to put on a smile.

Opening with Anna (Konstantina Mantelos) listening to a voicemail from her mom, the longing message conveys that Anna may not be doing so well mentally. Validating the concerns, Anna picks from an assortment of pill bottles for her daily dosage.

She sadly looks in the mirror and is haunted by her own attempts to smile, her past images remind her of what could be, but isn’t. It seems Anna’s ability to smile is gone.

Alone in her home, she gets through her day, wondering if the strange noises and eerie shadows will ever consume her. Until one evening, she is given the unwanted gift of a smile.

From writer/director Joanna Tsanis (whose short film Imagine a World was previously covered by us) Smile magnifies the pressure to smile, combined with a horrific case of sleep paralysis giving us all the nightmares we can endure.

3. MY FRIENDS THE PLANTS

Being a plant parent is a big responsibility, and this woman is unsure if she’s ready to deal with the requirements.

Written, directed by, and starring Christine Celozzi, this mockumentary-style short film is basically what would happen if Seymour from Little Shop of Horrors invited a film crew to explore his life as a plant daddy.

Living a life of servitude after Christine was surprised with a package of plants that turned out to be blood-thirsty, she accepts her role as their caretaker (although she wasn’t given much of a choice) and learns to lure victims to feed her hungry babies.

The documentary serves as her chance to recruit the filmmaker (Alexander Gauthier) to help her escape the murderous lifestyle, but is her bond with her plant friends too strong to leave them?

This no-budget film proves that a playful idea and unique characters can create a worthwhile story regardless of financing. 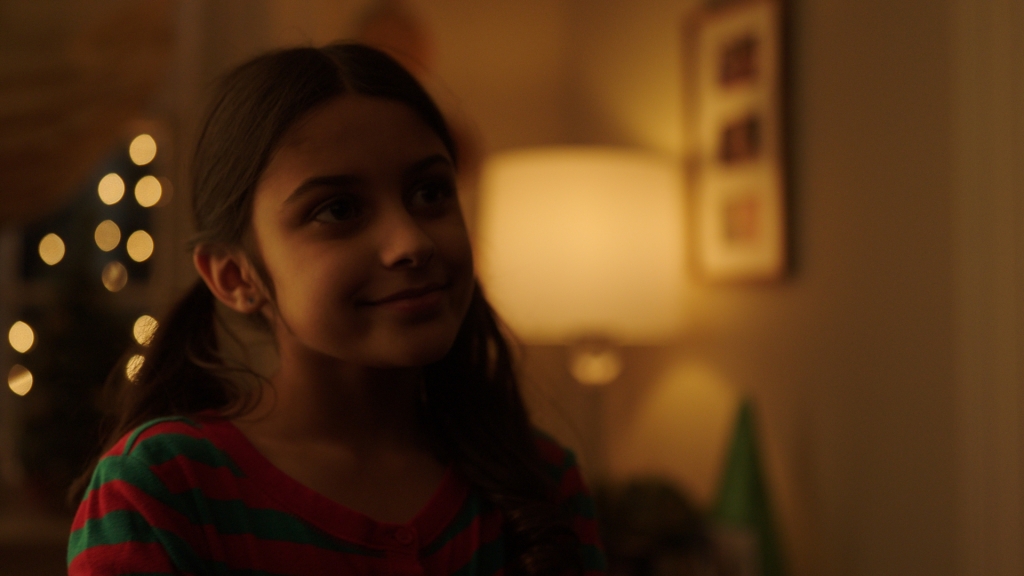 A young girl may have ruined Christmas forever, and the consequences are anything but jolly.

Whether or not you’re ready for a holiday story at the beginning of spring, this one starts strong with a bloody, dead Santa Claus.

Young Alice (Miley Haik) thought she was going to catch Santa and prove her beliefs to her classmates, but instead caused something much more sinister to happen. Trying to get out of any trouble this could lead to, she wakes up her older sister Kirsten (Madison Cheeatow) and the two decide their best idea is to bury Santa Claus in their neighbor’s yard.

Fearing the end of Christmas and Santa Claus becomes entirely unnecessary as he springs back to life, surprising everyone. Played by A.C. Peterson, this Santa doesn’t take being murdered lightly and he’s not about to let anyone get away with it.

Ryan Port writes and directs The Last Christmas, a thoroughly entertaining short that can definitely be enjoyed any time of year. A woman talks to her boyfriend on the phone, when her doorbell rings.

As if someone ringing your doorbell unexpectedly isn’t bad enough, Mollie (Mollie Nylund) has a particularly bad experience with her guest. Her boyfriend is on the phone with her, but the person at the door insists that they are her boyfriend.

Only being able to see the man’s back, the tension immediately picks up as the dread fills the room. Mollie runs to lock another door when we see her “boyfriend” again, who is still keeping his back to her. Her actual boyfriend remains on the phone with her, until he, regrettably, decides to hang up.

With a run time of only four minutes, Shifter, written and directed by Joel Eklund and Robin Stjernberg, brings all the right elements of surprise, suspense, and mystery to deliver a fulfilling creepy film. 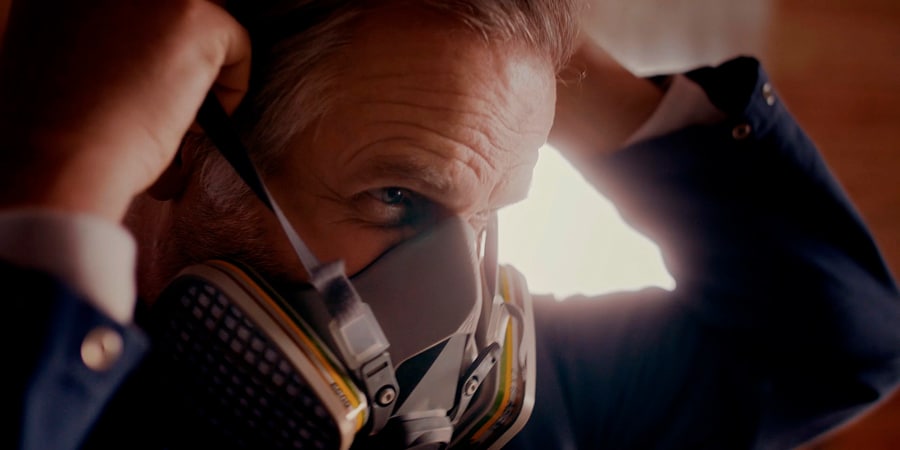 A training video shows a day in the life of a cleaner, Barry, but surprises on the job cause the bloody work to only get messier.

Written and directed by Jan van Gorkum, Shiny New World is hilariously told in a style that feels like a corporate training video. The film brings us into Barry’s (Patrick Stoof) horror movie of a  world, where he’s responsible for cleaning the bloody messes left by hungry and confused demons.

Gorkum creates an environment where the people who summoned the demons (typically teenagers, the film claims), are the nuisances and the demons who were summoned without their permission, are the victims.

Exploring this perspective of horror films and turning the work into a corporate-style video is purely joyful and a delightful take on the subject.

7. YOU MISSED A SPOT

A mime must face his fears to save the clown girl of his dreams.

You Missed a Spot takes place in a world where everyone is a clown, literally. Everyone has individual and unique clown makeup, that can’t be removed or they die.

Directed by Liam Walsh and written by Micah Fusco from the University of Southern California, You Missed a Spot is entertaining from beginning to end. It’s clear the cast and crew have gone above and beyond to bring us into this world and create an original storyline.

I believe this one is worthy of getting a feature-length treatment, it would be a real treat to get to spend more time in this clown and mime world. 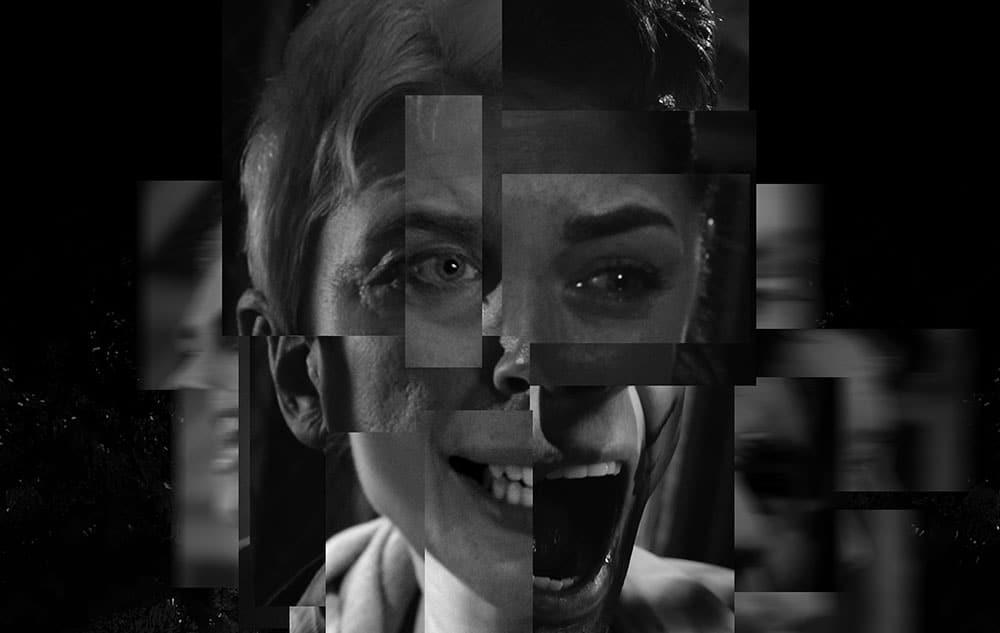 A computer takes on a mind of its own, sending its inventors into fear and paranoia.

A computer having a mind of its own is a common nightmare for most of us these days. In Creator, that problem is at the forefront when “Carl” the computer starts acting strange and sending out horrible images. Its inventor, Doctor Richard Cooper (Lenny von Dohlen) calls over Laura (Kelly Thiebaud) to help but is thrown off when she brings an extra colleague.

Tensions quickly rise in the cramped room, accusations begin, and the images that the computer sends become more like threats than just predictions.

For fans of old sci-fi/ horror films, Creator superbly mimics the style with its black and white tones and haunting lighting. Directed/written by Andre LeBlanc, this moody film clearly takes place in the current time, but its unique style transports us to another place and time. 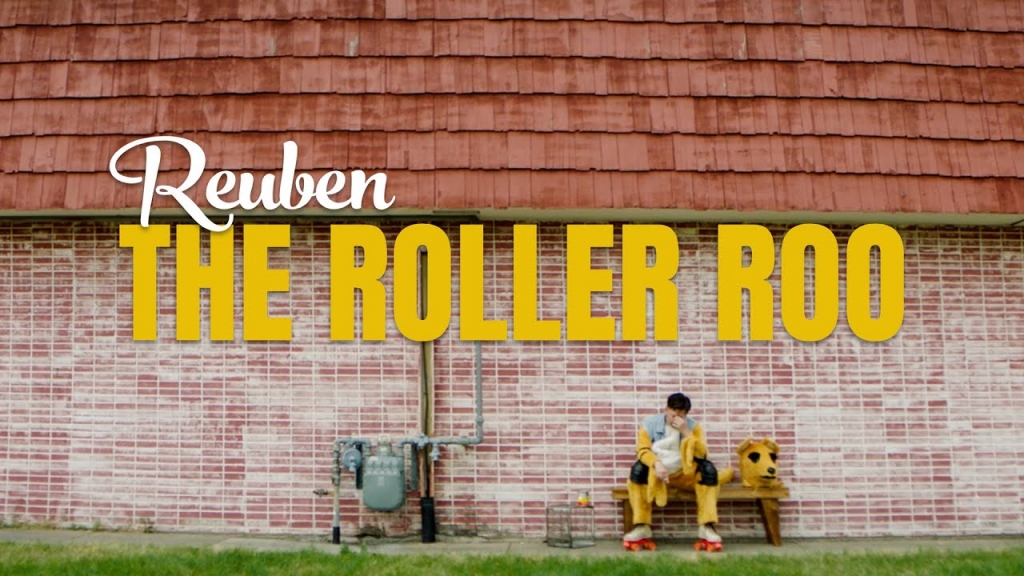 Part of a feature script, Reuben the Roller Roo lures you into its crappy work environment. The sticky roller rink effortlessly becomes a reality with its brilliantly crafted set.

A gloomy Howie (Derek Hughes) works as the mascot, a kangaroo with plenty of treats for you in his pouch, and is also very unhappy with his position. He pulls himself together to do his job, which only gets worse as he navigates his workday.

A sit-down with his boss Jack (Sam Landman) allows for a performance that proves how much care and thought have gone into this grimy story.

One can only hope that a director/writer Will Prescott and co-writer Kellen Berg are able to make the feature film because it’s impossible to finish this one without wanting to know more.

A photographer’s strange encounter at a cemetery leaves her sleeping with her lights on for the night.

A shoutout to Niels Bourgonje, the writer/director of Woodland Cemetery, for giving me actual nightmares. It doesn’t get more spooky than a good ghost story and that’s exactly what is delivered.

While a photographer (Josefin Asplund) is out on an assignment at a cemetery, she seems to be all alone until she spots another woman (Karin Bertling) placing a candlelit lantern on a tombstone. The photographer sees a photo opportunity and decides to take it, only to the displeasure of the other woman.

Spirits following you home and being unable to escape these quiet haunting figures is a big fear of mine, and this film takes that on. The atmospheric ride and performances make it easy to believe in the oddness and danger of the situation.