After covering all the incredible shorts out of the Panic Fest Tricks & Treats Film Festival (#PanicTricksTreats), my penultimate feature introduced you to seven seriously satisfying shorts out of the fest that you can watch right now for free online. Today, I conclude my coverage by bringing you seven more stellar shorts, created by the filmmakers whose latest films were showcased at Panic Fest.

When I see a great short, I can’t wait to discover more amazing work from the filmmaker. That means following them on social, scouring their IMDb pages, and visiting their websites and Vimeo/YouTube channels.

Following the fest, I did my homework and found so much more great content from some truly inspiring, up-and-coming filmmakers, and I can’t wait to share some of that with you. It’s my sincere hope that you’ll also take the time to get to know these rising stars and support some of the remarkable work being done by these passionate filmmakers. 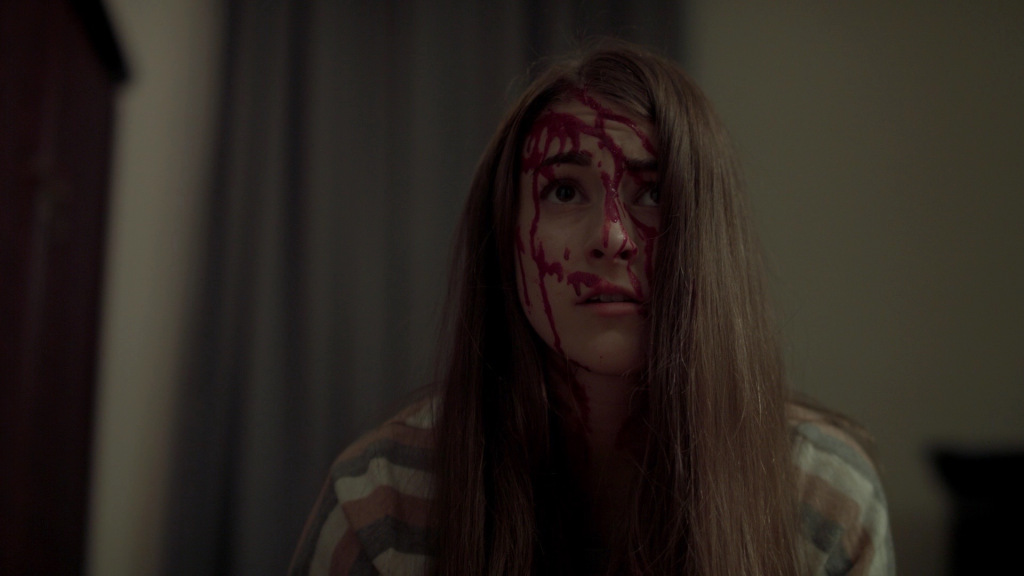 A young woman is trapped in her apartment by her childhood imaginary friend, who has come back to haunt her.

Momma Don’t Go was one of my absolute favorite shorts showcased at Panic Fest, and I immediately had to seek out other work from the talented filmmaker. This led me to discover Goodbye Old Friend, another mind-blowingly good short that makes quite an impact.

A man lies dead on the floor, brutally maimed and murdered. A terrified woman covered in blood points a knife at the door. On the other side of the door is Bobby, her imaginary friend from childhood. He wants to play a game. And he wants her to pay for finding a new friend she liked better than Bobby. A masterwork of creepy, compelling, and creative storytelling, Goodbye Old Friend blew me away.

Watch it now at the link below. And if you love it as much as I do, be sure to also check out Rafael’s other horror short Waffle, an official selection of SXSW (2011) about a disfigured science fair champion who invites her friend over for dinner. But by the time dessert comes around, the two schoolmates will discover each other’s true, unpleasant natures.

A couples night goes off the rails when one couple reveals a dark secret.

Another one of my favorites out of the fest was the short film I’ll Be Back Tomorrow from two filmmaking brothers out of my hometown of Austin, Texas. Looking up their work on Vimeo, I discovered Couples Night.

Much lighter and funnier than I’ll Be Back Tomorrow, I had a blast with Couples Night and adored both the setup and the hilariously twisted, immensely satisfying payoff.

When zombies take over the world, a man and his son must learn to survive or else risk certain death.

ECLECTIC47 Productions is the filmmaking duo of J.W. Cole and Nick Meunier. Residing in Vancouver, Canada, the pair met while pursuing a post-secondary education in the art of film. This talented team produced the amazing horror short Acedia, showcased during this year’s Panic Fest Tricks & Treats festival. Written and directed by Collin Kortschak, Acedia follows one man’s relationship to apathy and the horrific downsides that result from laziness.

Before watching (and loving) Acedia, I was already familiar with the studio as a result of their incredible work on The Mother of Beauty, a beautiful horror short starring Tristan Risk and directed by Nick Meunier, that I was proud to help support during the film’s crowdfunding campaign. You can read our full review here.

While it doesn’t look like The Mother of Beauty is currently available online (be sure to keep an eye out for it though; it’s a remarkable short), I did want to introduce you to another must watch film from this up-and-coming production studio and director Nick Meunier. 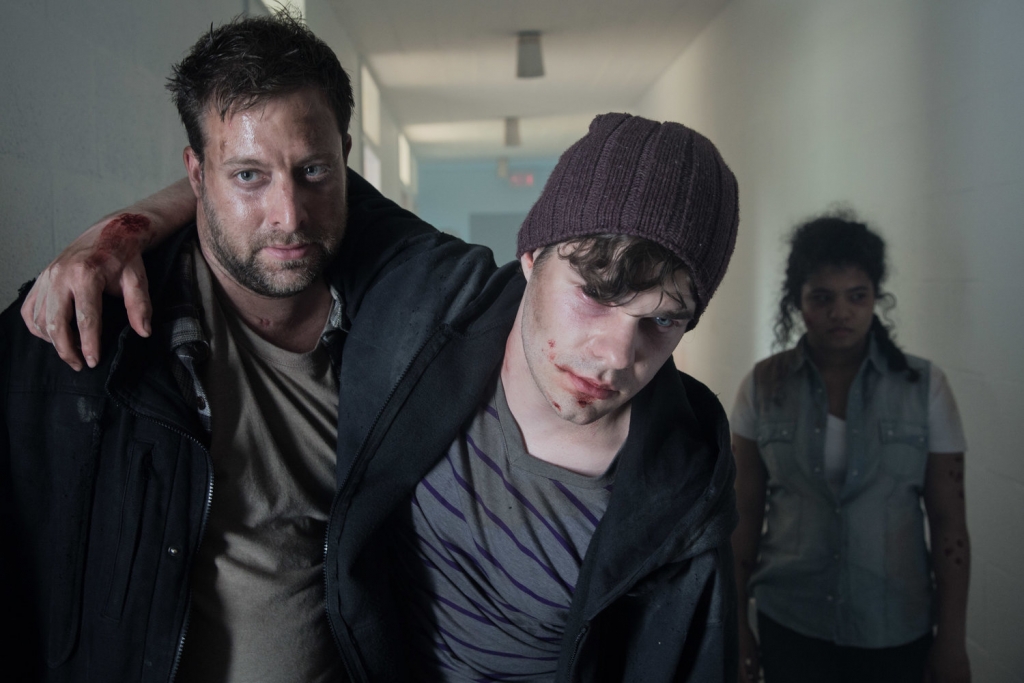 Like The Mother of Beauty, Ravage was funded by a Kickstarter campaign. Written by Jessica W. Cole, it follows a man named Ollie and his son, TJ, as they find themselves in the middle of a zombie apocalypse — struggling to stick together and make it out alive. Ollie must decide whether or not he’s capable of killing those who are infected despite their humanistic characteristics. As the situation escalates, Ollie must look past his moral code to decide what’s more important: his ethics or his survival.

While it may have been made six years ago, Ravage is the perfect film for 2020.

Heartbreaking and haunting, the film imagines a pandemic-ridden world in which a vaccine has been announced as a miracle cure, but only the privileged have access. Meanwhile, millions are still facing the catastrophic and deadly consequences of an uncontained virus, begging for help that never comes in time.  It’s brutal and gut-wrenching, but beautifully executed.

There’s so much humanity in this tragic horror story, and I can’t recommend it enough.

During the day, Abby is haunted by her mother’s addiction. At night, she’s haunted by something much worse.

I fell head over heels for David McAbee’s apocalyptic sci-fi thriller Nova, where he showcased some serious talent as both a storyteller and filmmaker. In Nova, the entire short is carried by the performance of one woman. And while it boasts some impressive makeup effects, the real tension and terror comes from actress Kelly Kula’s compelling portrayal of a doctor trying to warn against the destruction of Earth by an alien species.

In McAbee’s debut short film Night Terrors (2016), another strong performance from a female lead — along with a tragic story and more impressive visual effects — make this a must watch short.

Indie horror icon Laurene Landon (Maniac Cop, Maniac Cop 2) is exceptional as an aging, ex- B-movie scream queen still trying to hold on to her youth and her fame. Losing one daughter in a tragic car crash, which left her other daughter, Abby (Alexa Najera) in a wheelchair, has turned Jane (Landon) into a bitter, alcoholic monster. She vacillates between extreme neglect and abject cruelty, chastising Abby for her art and her affinity for drawing dark subject matter. In a conversation with Abby’s teacher, one of the only grownups in her life who seems to care a thing about her, Jane bemoans, “She watches all these horror films…and not the good ones, not the ones I was in.”

Eventually, Abby’s inner demons come clawing to the surface, blurring the boundaries between her nightmares and her the horror of her waking world.

You can watch Night Terrors (see the trailer below) for free on Prime right here. I also encourage you to keep an eye out for Nova and the release of McAbee’s new short (in post-production), For the Love of Jessee.