With the ridiculous horror-comedy “Crabs!”, you know exactly what you’re getting. And if you’re anything like me, what you get is delightful. 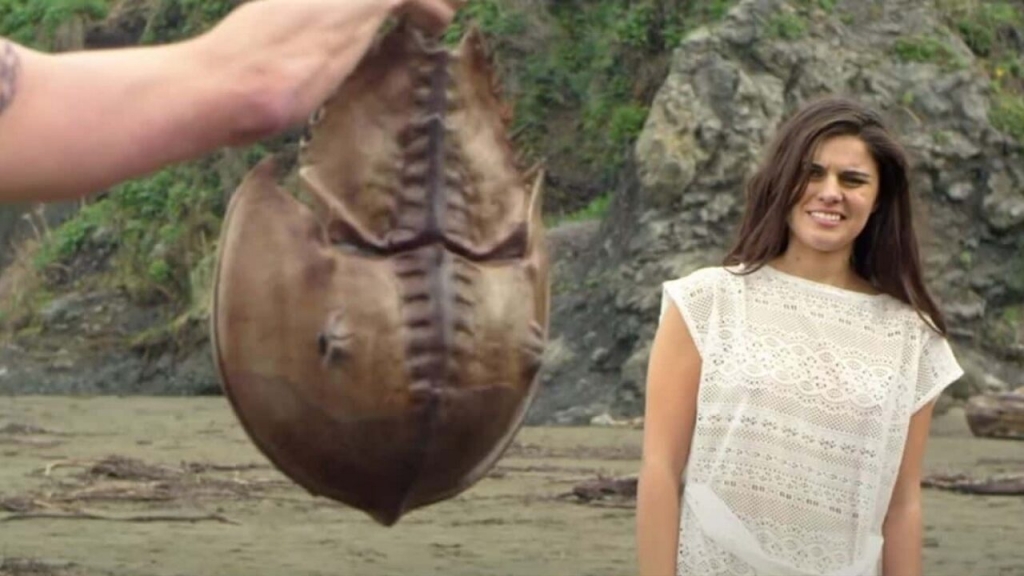 Crabs! is a light-hearted creature feature written and directed by Pierce Berolzheimer.

The film is the spiritual cousin to creature features like Gremlins, Critters, and Zombeavers, giving a silly and mischievous flare to the murderous antics of the ancient horseshoe crabs that begin to terrorize a sleepy American seaside town.

Crabs! opens in true b-movie style, with a lurid sex scene on a secluded beach.

The copulating couple finds themselves in the presence of a horseshoe crab seemingly peeping at the good time. The couple starts to investigate the creature, thinking that it is dead, only to become the first victims, in a bloody and hilarious manner.

Once the title card hit the screen, I knew I was going to be in for a good time.

Everything about Crabs! screams fun, from the wholesome setting to the quirky characters, soundtrack, and unlikely villains.

After the first encounter, we are treated to some character introductions that really set the tone of the film.

The two main characters are Philip and Maddy, played by Dylan Riley Snider and Allie Jennings. They are a pair of high school friends with a penchant for scientific experiments that come in very handy throughout. The experiments are outlandish and explosive, which just add to the over-the-top nature of the film.

Philip’s older brother is the deputy sheriff of the town and Maddy’s mother is the high school science teacher, portrayed by Bryce Durfee and Jessica Morris respectively. These two become involved in a romantic side plot that had me going “awww” as much as laughing.

Along with the deputy is old sheriff Flannigan played by Robert Craighead, who has a lot on his hands with the impending crustacean invasion.

The main cast is rounded off with Chase Padgett playing the hapless foreign exchange student Radu. This is the character that probably gets the most laughs during the film, as he goes from a socially awkward outsider to a mission-oriented warrior trying to fend off the crabs as they take the high school prom.

Also, something I noticed about this town is that everyone enjoys getting stoned…everyone! That must be why it is such a quaint, sleepy little town.

The film is just under ninety minutes, so it doesn’t outstay its welcome. 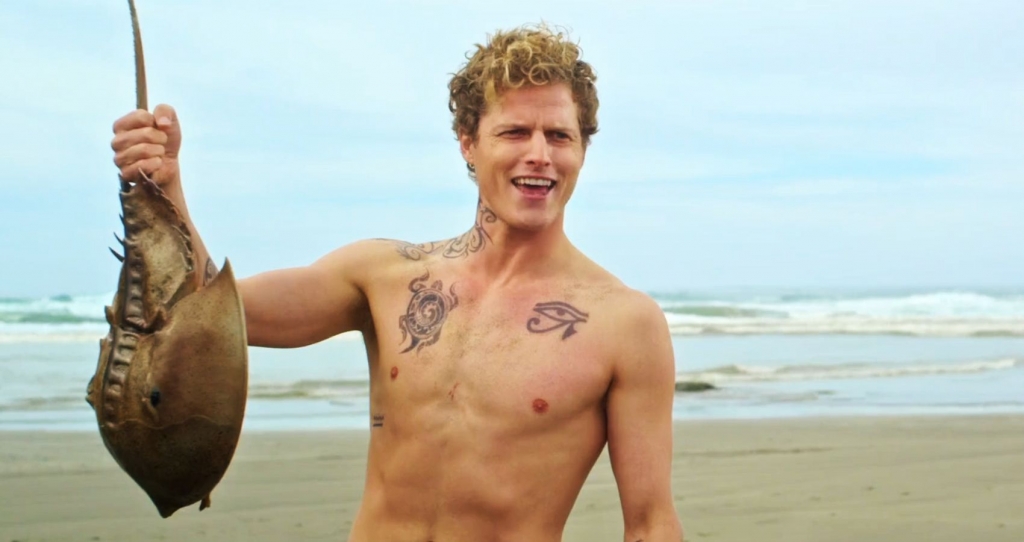 The pacing compliments this by never letting the jokes go stale as the body count rises.

The gore FX are wonderfully put together, with plenty of blood splatter and severed body parts to go around. This works in the film’s favor for me because, when I’m watching a comedy-horror, I love to get plenty of splatter with my punchlines.

As the film drives towards its conclusion, it gets larger than life and moves from creature feature to kaiju boss battle. And I lapped up every moment.

Comedy horror and low-budget b-movies are some of my favorites of the horror genre, so Crabs! was an absolute delight. I know there are plenty of like-minded genre fans out there that will get the same kick from this as I did.