With great effects, an investing story, and solid performances, “The Abandon” is a tense and thrilling isolation sci-fi horror with a twist. 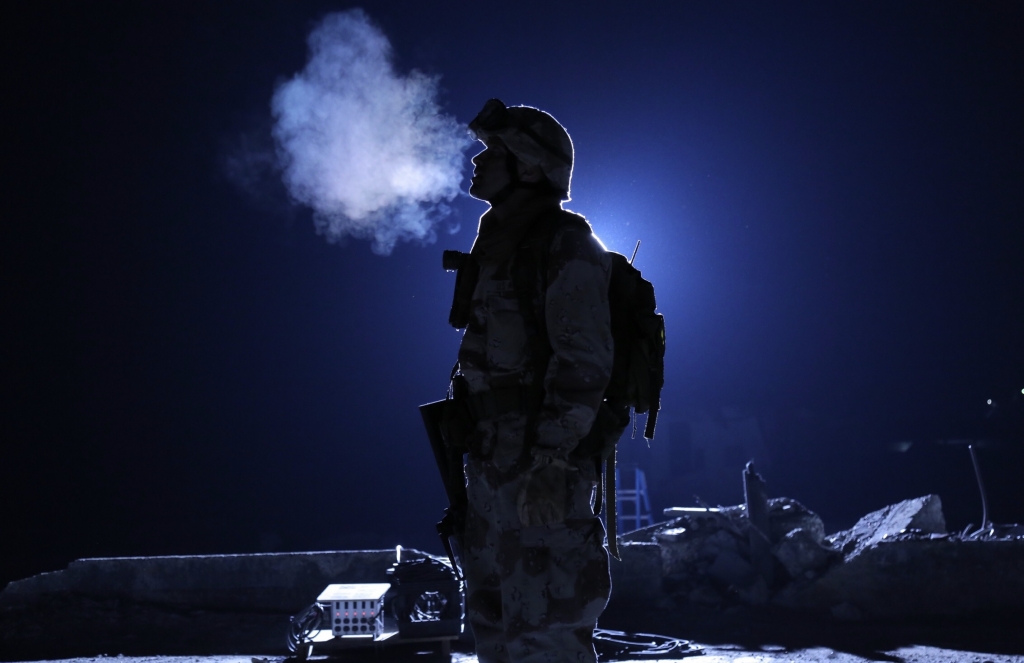 Within the first three minutes of 2022’s The Abandon, the audience is bombarded with an in-your-face look at the horror of modern war from several perspectives.

This ends as abruptly as it begins with the protagonist, soldier Miles Willis (Jonathan Rosenthal, Alone) who is wounded in the midst of a heated battle in Iraq, suddenly incapacitated by a mysterious, blinding light.

Miles and the audience are then introduced to a different, deeper level of horror: the terror of everything you think you know…being wrong.

The soldier awakens alone in an empty room, still shell-shocked from the battle and nursing his wounds. Before long, he begins to take in his surroundings and tries to make sense of the unusual situation in which he has found himself.

He appears to be inside a giant cube with slate-tiled walls, with no windows, doors, or apparent point of entry. Even the light in the room seems to be coming from nowhere.

The first clue though that something sinister may be afoot is a message in black ink on one of the tiles: ABANDON.

As if that weren’t foreboding enough, only a short time later while Miles is exploring the room, the singular word is joined by two others that add an undeniable sense of dread to whatever is going on: ALL HOPE.

‘ABANDON ALL HOPE’ of course is a reference to Dante Alighieri’s Divine Comedy, being the phrase inscribed at the entrance to hell. 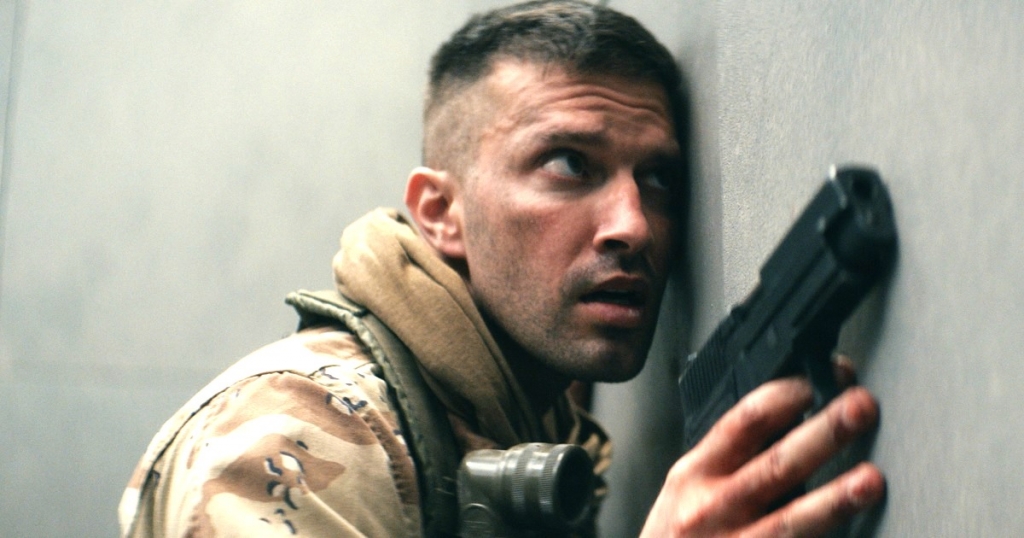 Miles seems blissfully unaware of this but is sufficiently disturbed by the message nonetheless; it soon becomes apparent how apropos it is, especially when the room becomes so hot the paint starts to melt!

To add to the terror, this cube in which the protagonist has found himself seems to defy the rules of reality.

Besides its unusual appearance, messages appearing out of nowhere, changing temperature extremes, and a nonexistent light source, the entire room also periodically rotates, throwing the soldier around violently, though oddly enough some of his possessions remain stuck to the walls/floors/ceilings they land on, as though gravity itself is not even a safe bet here.

Fortunately, for the reasonably upset Miles, he does not have to endure this nightmare alone.

After a harrowing attempt to retrieve it in the shuffle, he discovers that his army-issued sat phone can communicate with a mysterious woman named Damsey (Tamara Perry, Deranged Granny) who claims that she is also trapped in a rotating cube.

After overcoming issues of mistrust, the two must work together to figure out where they are, how they got there, and most importantly, how to escape.

The chemistry between Rosenthal and Perry is really what makes the movie work beyond just a quirky special effects experiment that would otherwise crumble under the constraints of its own confinement.

The aforementioned effects by Blackbrush VFX and supervisor Adam Rothstein are way above average for an independent film.

From the practical effects involved with a rotating room to the digital magic of defying gravity and otherworldly lights, it all works. The beginning battle is believable, as is the subsequent nightmare.

What is less believable is the ending, but that is by design.

The tension that builds up to that point is gritty and palpable, with both leads showcasing strong chops, and the audience is treated to an original and well-produced story that is worth investing in for 96 minutes. Its Montreal Independent Film Festival win for best Science Fiction was well-deserved.

If you’re looking for a mixed bag of psychological horror, SciFi, and isolation horror, you could do way worse than The Abandon. Check it out!