The 1980s oddity “Trapped Alive” is a flawed but fun film, and it gets the royal treatment on a stunning, feature-packed Blu-ray release from Arrow. 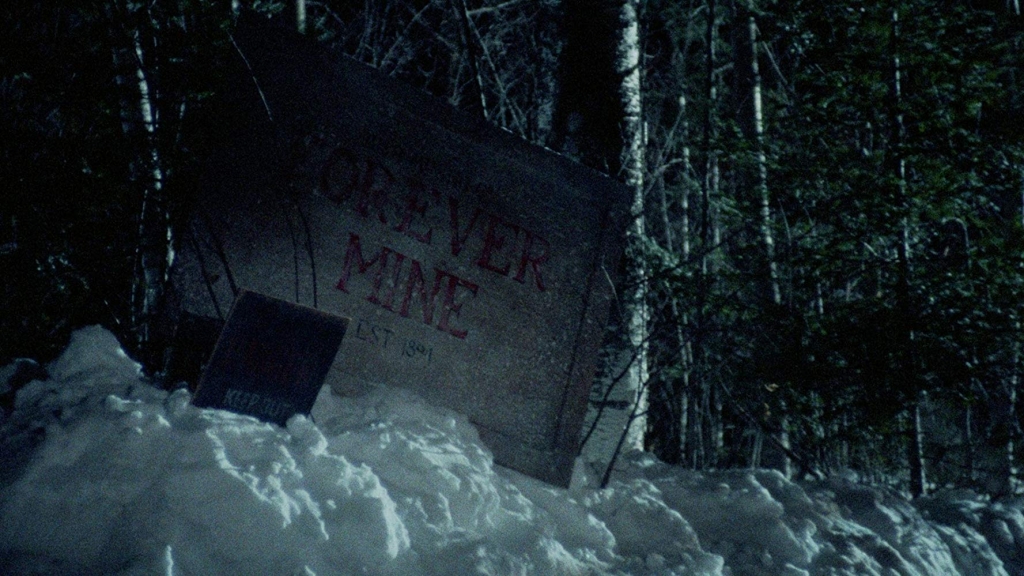 I’ve always had a weird relationship with Arrow Video. On one hand, they give the royal treatment to movies I’ve never even heard of and bring horror obscurity into the brightest of lights. But on the other hand, it’s sort of hard to dish out 30 bucks for a Blu-ray of a movie that’s a blind buy.

For those of you that don’t know, Arrow Films is a leading independent entertainment distribution company known for its Premium Home Video releases. They make films for uber fans. And for the first time, I feel like I’m doing a public service by watching movies!  Today, I’m going to guide you through the unfamiliar territories of Trapped Alive. 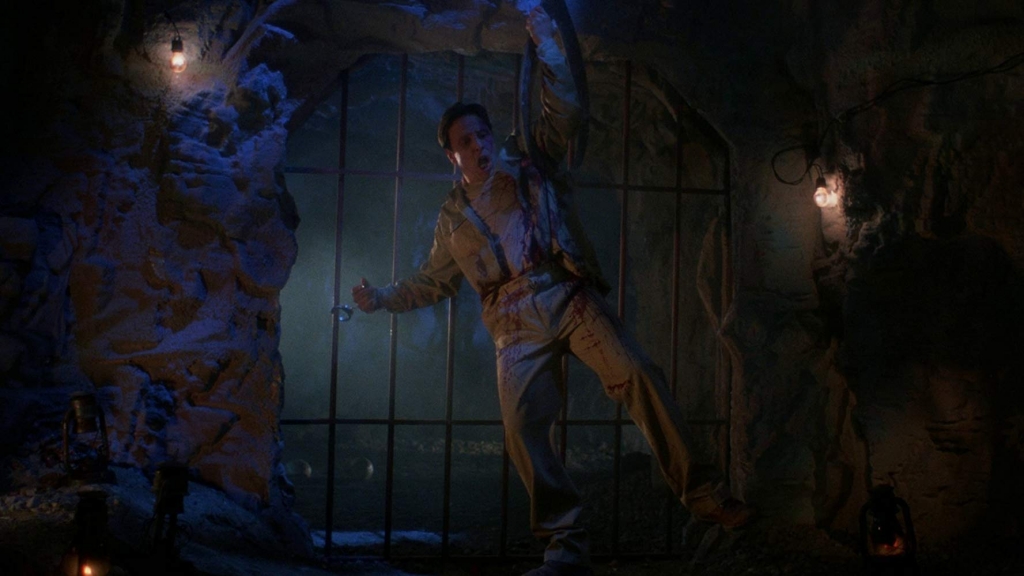 Trapped Alive is a 1988 release directed by Leszek Burzynski. Originally filmed in 1988 under the title of Forever Mine, Trapped Alive was the first film to come out of Windsor Lake Studios, which would go on to produce a number of films under the Fangoria Films label in the early-90s, including 1992’s Bruce Campbell-starring Mindwarp.

For a guy who prides himself in seeing every cheesy 80’s horror flick there is, I was shocked when this one came to my door. I had never heard of it. But man, did it sound great. The story follows Robin and Monica, two yuppie elites that are making their way to a Christmas party when they’re carjacked by a group recently escaped from the local penitentiary.

It’s your typical holiday hostage film, until the group gets trapped in a mine shaft with a cannibalistic mutant, hell bent to have them for Christmas dinner. 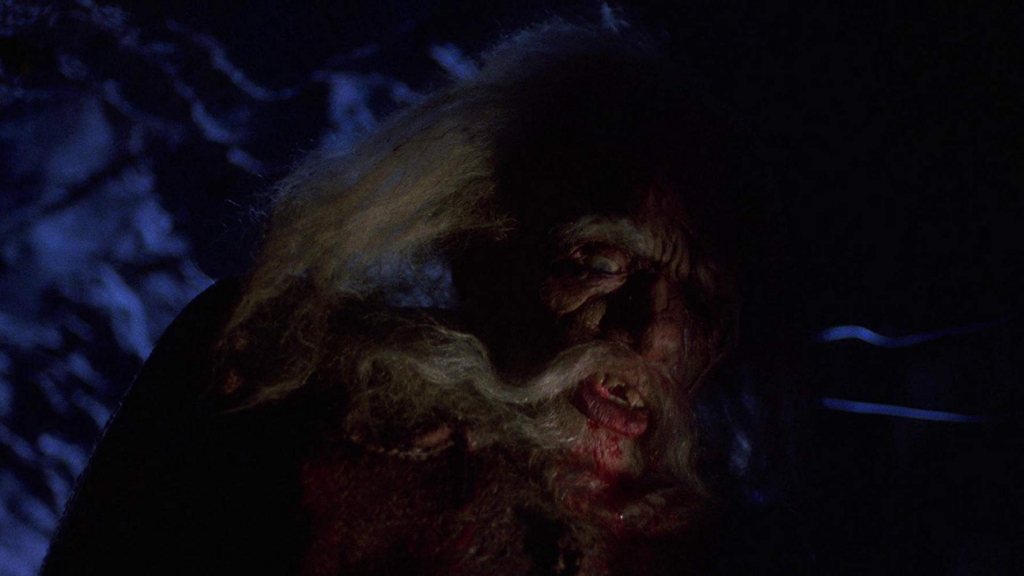 It does a lot, but doesn’t quite nail any of it. Parts of it feel like a lifetime movie, and other parts are pulled straight out of Hills Have Eyes.

This being said, I didn’t hate it. In fact, I’ve actually watched it a couple of times since it came in the mail. The movie really does try. The criminals are awful people, and there is a serious sense of dread as they take advantage of their hostages. The best part, however, is the neck-snapping speed the film moves from thriller to slasher-like horror. That alone makes this movie a lot of fun.

Not to spoil too much here, but any movie featuring a hillbilly with a mechanical claw can’t be all bad, right? 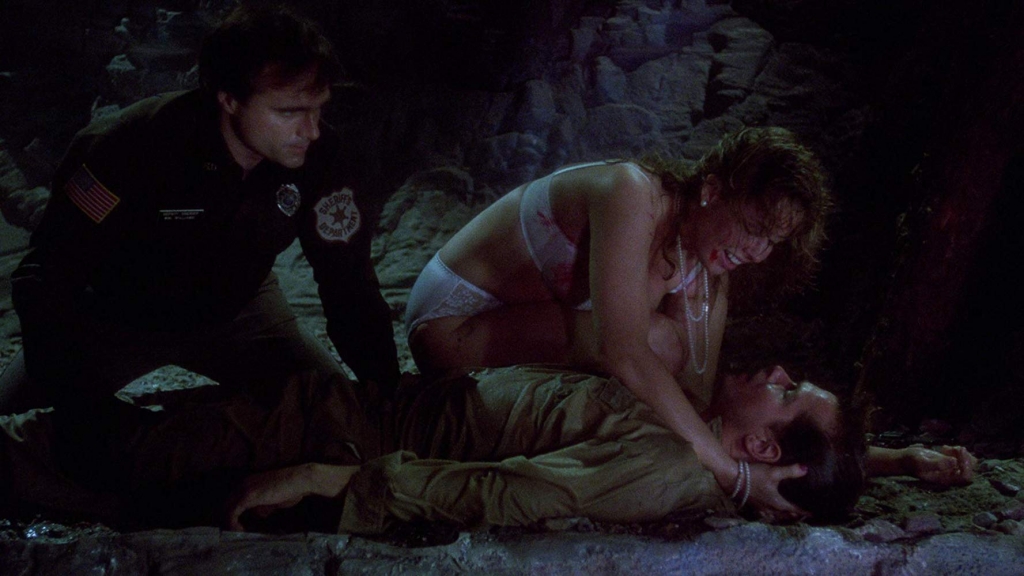 One thing that makes Arrow a standout among Blu-ray distributors is that it doesn’t ever skimp on its releases. Arrow Blu-rays are stunning and feature-packed, and Trapped Alive is no exception.

The transfer is better quality than the movie ever deserved. It’s so clear that it almost feels like you are watching a very cheesy stage play. There are movies made today that don’t look as good as this 30 year old flick.

Like all Arrow releases, Trapped Alive also come packed to the brim with extras. 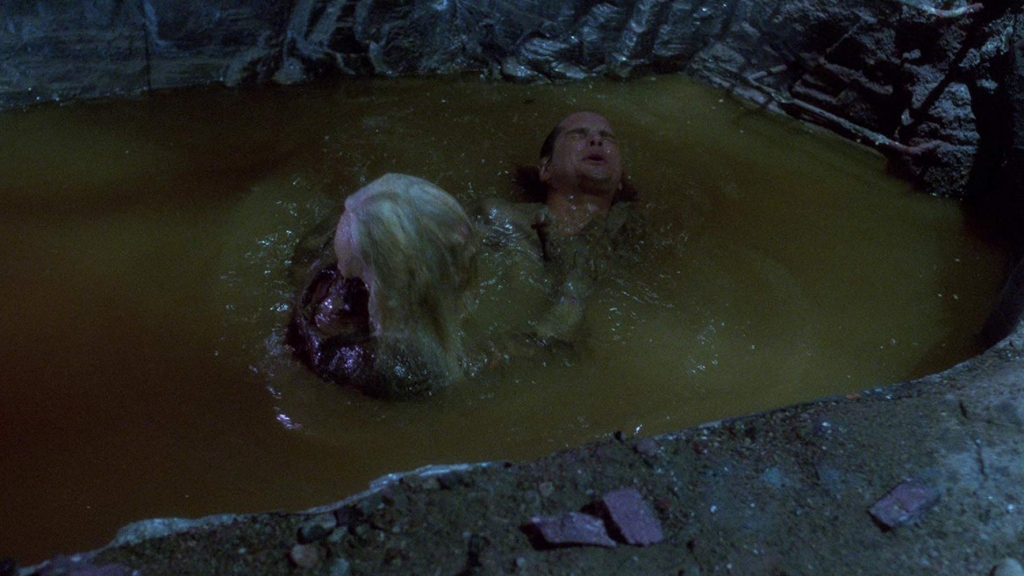 Between the Making of Doc and the interview with Burzynski, I already know more about this film than anyone would need in a hundred lifetimes. That’s just the way I like it. Bonus features include:

This obscure film deserves this release, and it’s for sale online for $24. 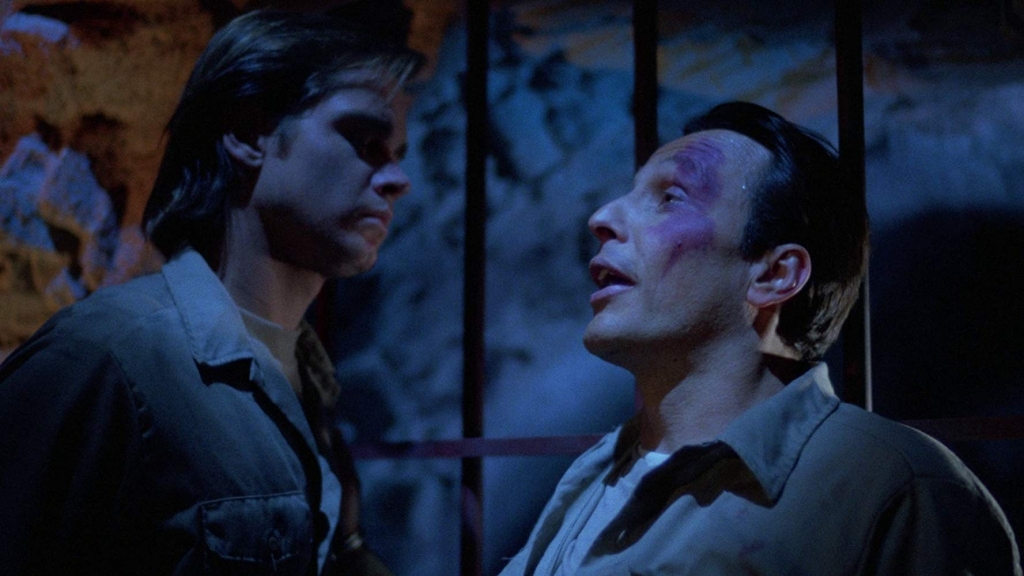 It may be a little pricey for some. But if you want something with that delicious 80’s cheese and an encyclopedic knowledge on all aspects of this film, it’s well worth it.  Honestly, I’d wait for a sale. But the second it hit $19.99, I’d dive on it. You can learn more about this release and purchase here: https://www.arrowfilms.com/product-detail/trapped-alive-blu-ray/FCD1882.

There’s a reason Arrow is the leader in distribution. So, if you will excuse me, I’m gonna go sure up my collection and find a second job to fund this new found obsession.