Scream Factory breathes new life into an exploitation, semi-classic with their latest Blu-ray release of the seedy, boundary-pushing “Vice Squad”. 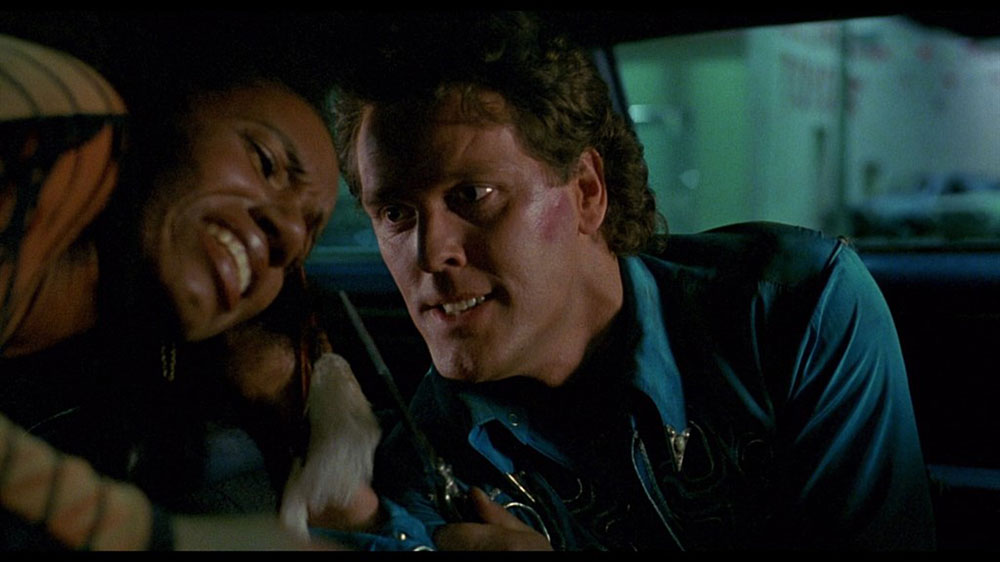 Directed by Gary Sherman and released in theaters in 1982, Vice Squad drips with pure exploitation sleaze — a fast-moving action thriller about a psychotic pimp and the prostitute-cop duo determined to take him down. Featuring gritty settings, lean dialogue, and generous helpings of stylized violence, the film is well worth tracking down. That’s especially true in its new edition: a jam-packed Blu-ray release from Shout! Factory that includes a plethora of bonus features.

Vice Squad opens with the forlorn Ginger (Nina Blackwood), a frightened L.A. prostitute, placing a panicked phone call to her only friend, another prostitute with the moniker of Princess (Season Hubley). Seemingly trapped inside a dingy motel room, Ginger explains that her abusive pimp Ramrod (Wings Hauser) is out to get her. Princess offers Ginger the best advice she can before venturing into the streets alone, a “lady of the night” struggling to earn enough money to support herself and her young daughter. 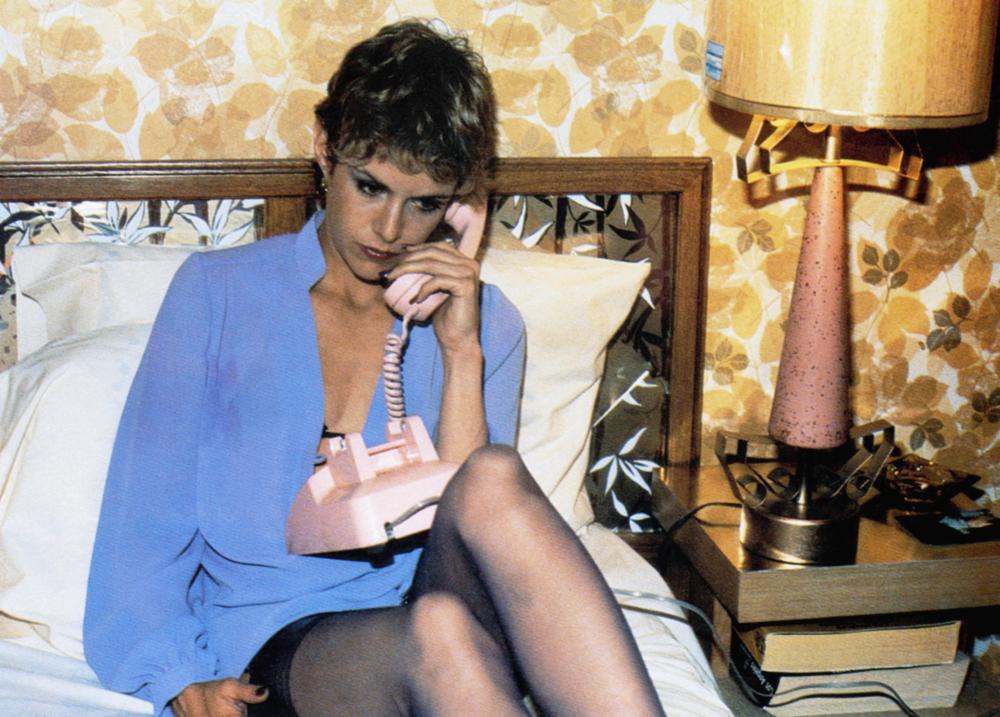 Taking their cue from the grimy, neon-tinged cinematography of Martin Scorcese’s Taxi Driver, the scenes of L.A.’s nightlife in Vice Squad are appropriately dingy and bleak, setting the stage for the unapologetic violence to come.

As expected, Ramrod wastes no time in finding Ginger at the motel. He manipulates her into allowing him inside the room, and then proceeds to verbally and physically abuse her before twisting a wire hanger into a weapon and savagely attacking her with it. Dressed in cowboy duds and played with manic energy by Wings Hauser, Ramrod is a despicable villain, laughable in his attempts to prove his male prowess and yet terrifying in his abject cruelty. 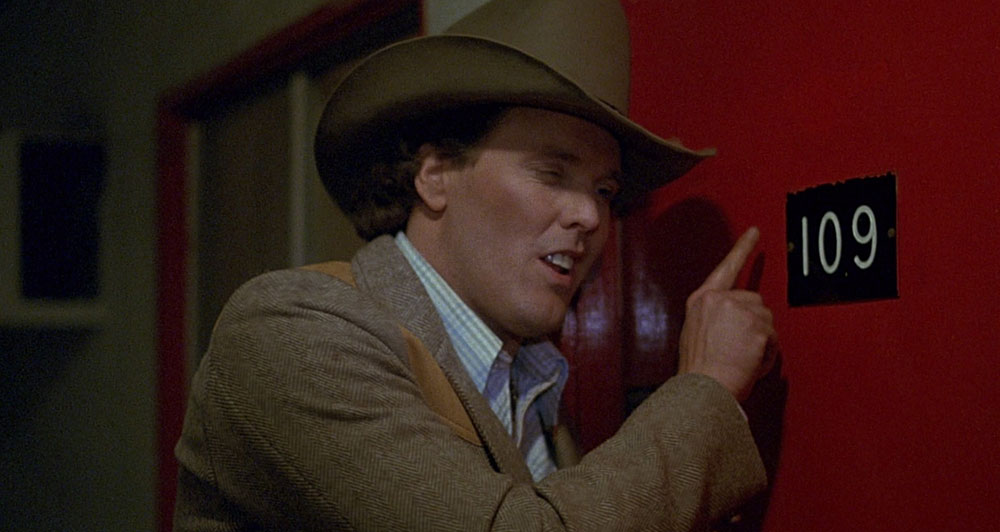 Although disgusting in every way, Ramrod is arguably the most entertaining part of the picture, which makes Vice Squad an unsettling viewing experience.

The film moves speedily along as tough-as-nails cop Tom Walsh (Gary Swanson) teams up with Princess in order to avenge Ginger’s murder.

In one of the more shocking moments in the narrative, Tom forces Princess to look at Ginger’s battered corpse in an effort to convince her to help him. Later, Princess and one of her male clients will have a chat about fetishes that at first seems funny and then becomes almost desperately tragic. 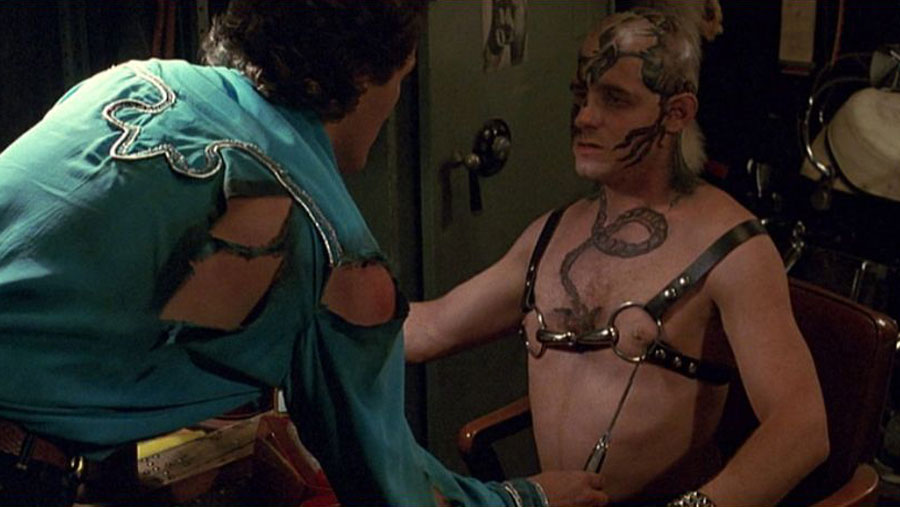 Vice Squad has many scenes such as these, in which modern social conventions are thrown at the window and characters behave in amoral and unscrupulous ways. This theme fits well with the overall presentation of the story, a sorrowful depiction of people living on the fringes and resorting to strange or violent actions in order to survive life in a corrupt city.

Once the hunt for Ramrod begins, Vice Squad becomes more of an action thriller and features some fairly hackneyed chase and hostage sequences. But there’s an unsavory charm to the film and the conclusion is satisfying. 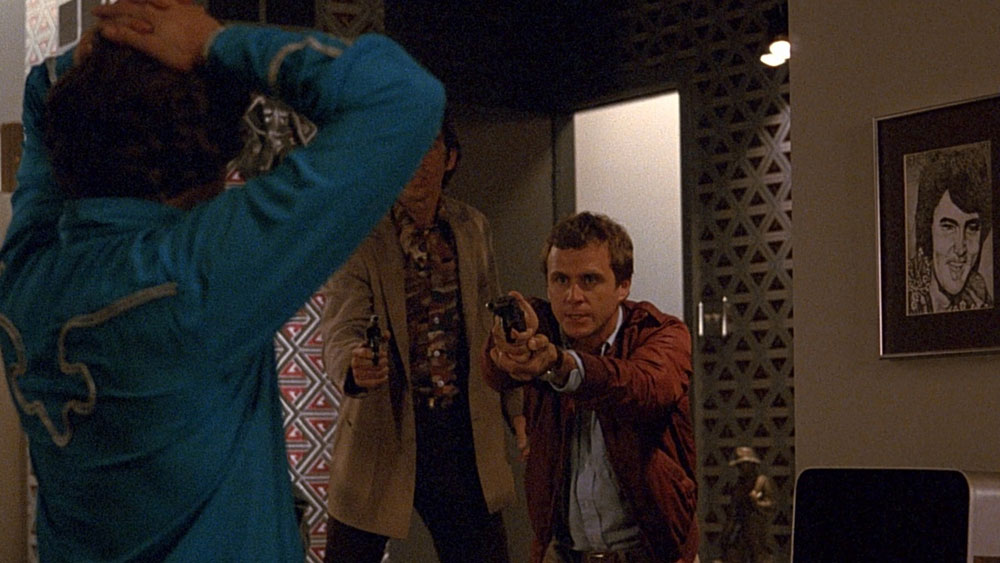 For audiences looking to dive deeper into the picture and its production, they need look no further than the special features included by the Shout! Factory team.

Among the highlights are an interview with director Gary Sherman, a talented man who comes across as wonderfully kind, artistic, and appreciative of the legacy that Vice Squad has left behind. There’s also a feature titled “Hollywood Streetwalking,” which showcases the filming locations on both Hollywood and Sunset Boulevard in Los Angeles, as well as an interview with Mexican-American actor Pepe Serna, who plays one of the investigating officers in the film.

This last interview, titled “Catching a Killer,” is particularly interesting because Serna talks about not only the cinematography in the movie and some of the film’s controversial material, but also his role in Brian De Palma’s Scarface alongside Al Pacino. 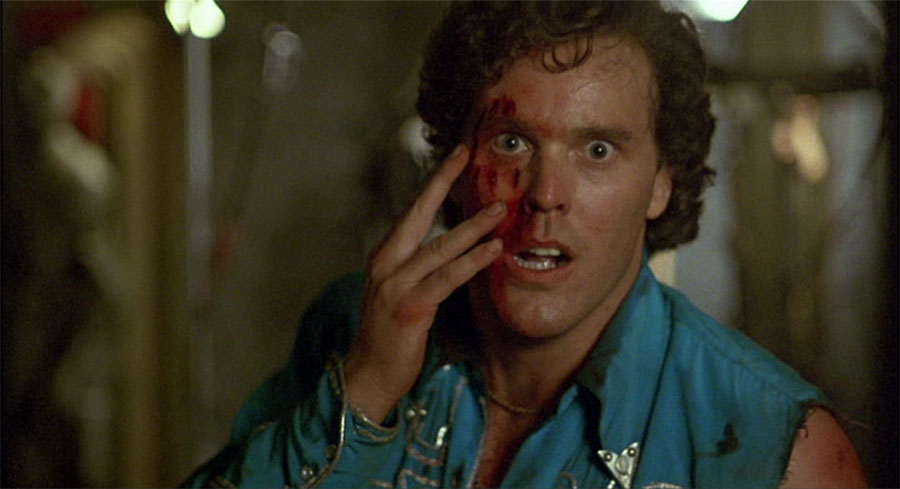 Overall, for fans of Vice Squad, the bonus materials on the Blu-ray provide plenty of opportunity to peel back the layers of the film and learn more about its unique history, influences, filming locations, and more.

Below is a complete listing of all the great bonus features found on this disc: