Ranking the Friday the 13th Films

Long Night At Camp Blood: We slash our way through all twelve of the films in the Friday the 13th franchise and rank them from best to worst 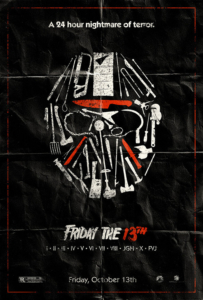 Jason Voorhees. The name alone invokes images of blood, gore, a certain date on the calendar, and of course hockey masks. The film franchise is nearing the 40 year mark. And, while it seems a court case about the rights seems to be the big guy’s only true kryptonite, the recent release of the much anticipated video game has sparked new interest in all things Voorhees.

It came to my attention recently, while playing in many a public match online, that today’s generation is completely lacking the fundamentals of the horror franchise for the very game they are playing. I thought this would be a good time to step in and guide everyone to all the highs and lows of the films. Again, this is completely my opinion, and I welcome any and all rebuttals about how these films are ranked. Just sound off in the comments below.

It goes without saying, but beware of spoilers. And you should absolutely watch these movies in order to fully understand Jason’s tale. These will go from worst to best — and everything in between. 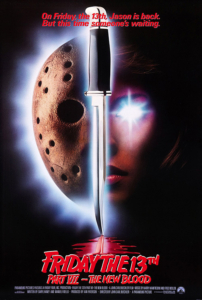 Yes this is Kane Hodder’s first of four runs as Jason, and he does look completely badass as a rotting corpse. But that alone doesn’t save this movie from falling flat on its ass. Too many plot holes, severely bad acting, and the MPAA stepping in to cut the film to bits did not do the film any favors. However, the fact that this was supposed to be the big throwdown with Freddy, and instead we were given Jason vs. Carrie (Tina), still isn’t as bad as the film being ultimately boring. That was perhaps the biggest sin committed by the producers. 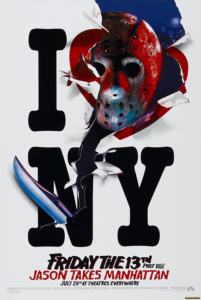 This almost ranked worse than THE NEW BLOOD. However, this one does have a few things going for it. None of which excuse the fact that Jason takes a 60 minute boat ride only to hangout in The Big Apple for a mere 20 minutes. Don’t even get me started on the toxic sludge ending that miraculously changes Jason back into a human, living little boy. Jason’s slimy look is a bit over the top in this film, and he somehow regenerated some skin while at the bottom of the lake. This would be the last of the Paramount Friday the 13th films, as the rights went to New Line Cinema soon after the film’s release.

SAVING GRACES: Kane Hodder steps up his game as Jason and really owns the role in this outing. The kills are truly unique in this movie. Jason actually being in Manhattan. “Take your best shot, Motherfucker!” The humor in the movie helps to keep it afloat in spite of its many flaws. 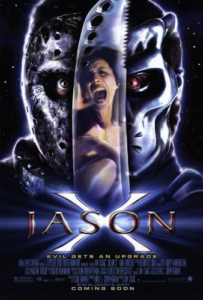 Jason in Space. What other description do you need about this film? This was the film meant to keep audiences interested in Jason, as he was prepping for his longer than a decade battle with Freddy. While the film is flawed, it holds a certain charm that a lot of you missed (and really shame on you) — and really deserves to be seen again with a group of friends. Unbeknownst to any of us until the film’s release, this would be the final time Hodder would portray Voorhees on film, as New Line would replace him for FREDDY VS. JASON. 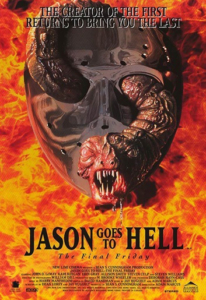 After 8 films that started and closed the decade of the 1980s, Paramount had finally had enough of the franchise that made them gobs of money. Sean S. Cunningham and New Line Cinema took over the rights of Jason Voorhees, while Paramount retained ownership of the title FRIDAY THE 13TH. Now that Jason was resting his hockey mask in “The House That Freddy Built”, it was surely time for the terror titans to lock horns right? Not exactly. You see, like any good fight, you need the proper build up for the main event. Enter JASON GOES TO HELL, a film that is no