Somehow I managed to overlook 1998’s Denzel Washington vehicle Fallen (1997, Dir: Gregory Hoblit) until recently, when it was recommended to me by a friend – and for the most part, it doesn’t disappoint.

Although difficult to classify particularly as a horror film, it works in the genre because of the paranormal overtones and menacing characters. Stylistically similar to David Fincher’s classic Se7en, it lacks the substance of that film, but still manages to create an unsettling atmosphere throughout. It’s also comparable with “The Exorcist Part III” in it’s tone and sense of dread. But a big problem with this film is that it doesn’t quite know which genre it’s in – part horror, part crime, part drama, part action. 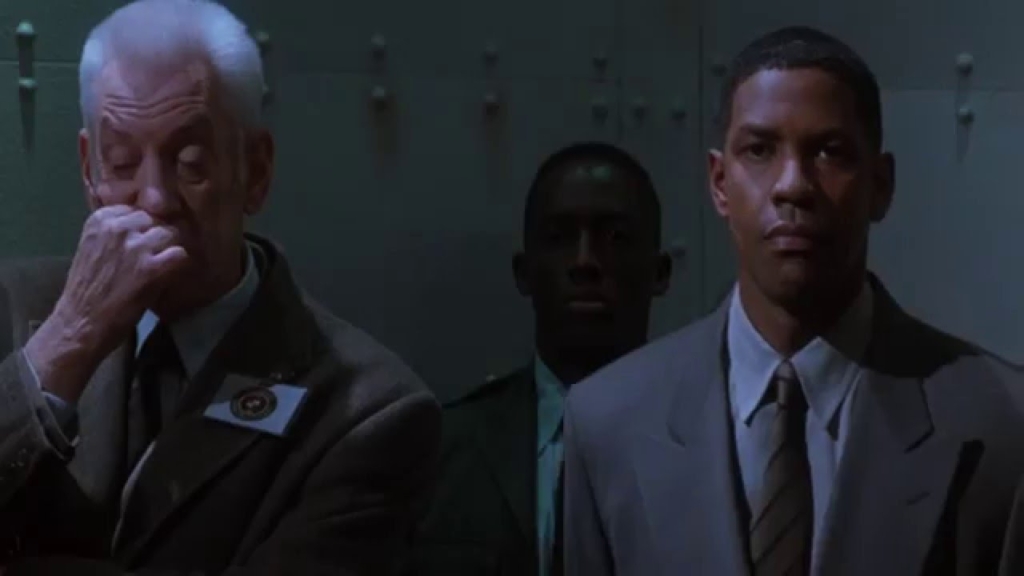 The ensemble cast in Fallen work brilliantly in the main – with the exception being Washington in the lead role of detective John Hobbes. The performance he delivers lacks honesty in a lot of ways, and lets the script down somewhat, which is a shame as he obviously has the acting chops to deliver better. Donald Sutherland puts in a shift as the “knows more than he’s letting on” lieutenant of Hobbes’ precinct, and John Goodman and James Gandolfini are believable as his colleagues. Elias Koteas & Robert Joy are both great as the detectives nemesis, and due to the nature of the story, although it would be difficult, it’s a shame that neither are given the screen time they really deserve.

So to the script – told as a narration by Hobbes from the start, it leads us on many twists and turns right until the shocking ending. 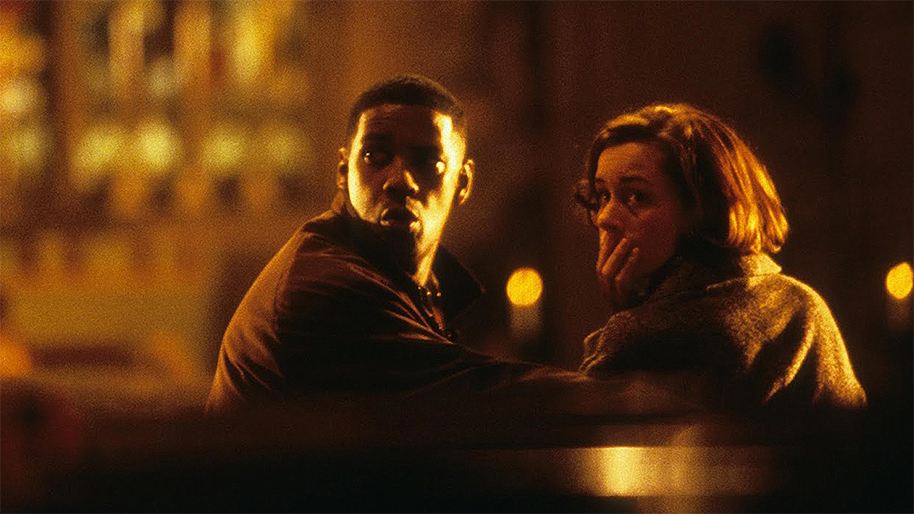 When Hobbes visits a murderer (Koteas) on death row as he’s about to be executed, he’s given a cryptic message, which is repeated to him after the inmate’s death in the gas chamber. Initially nothing more than curious, Hobbes’ suspicion is aroused when he’s advised by his superiors to stop investigating for his own good. His curiosity gets the better of him, and he eventually learns that a demon named Azezal may be responsible for inhabiting human forms and committing the murders.  Azezal, it appears, can transfer between human hosts by touch – leading to an impossible to trace “culprit”.

As Hobbes discovers the truth about Azezal’s motives, he’s lead into a cat and mouse game with the demon, which culminates in him having to go on the run with his young nephew and confront his own mortality and morality. 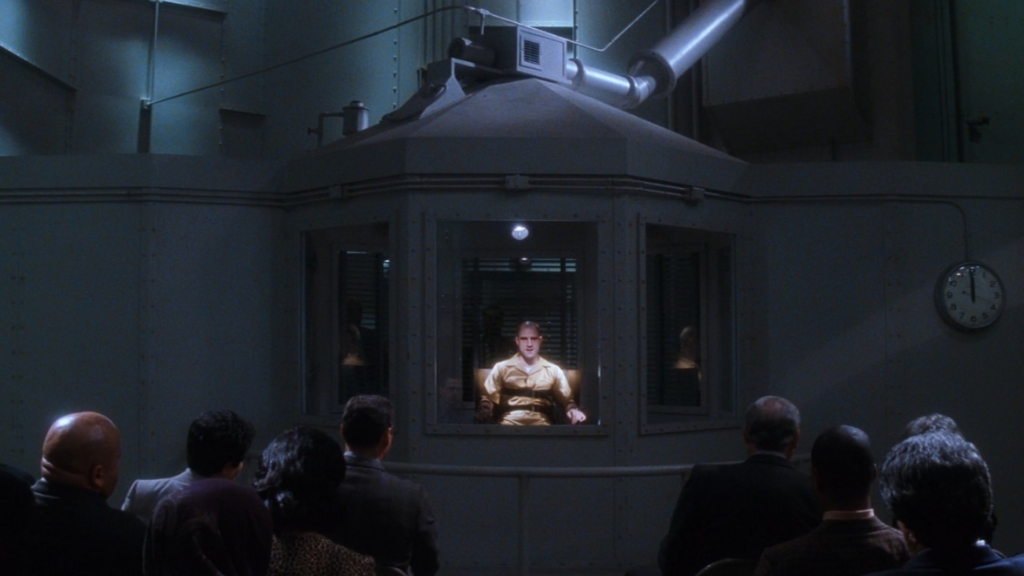 There’s great use of a Rolling Stones tune, which is emblematic throughout the film, but the other music is somewhat overpowering and disjointed. The choice of visuals when seeing things from the POV of the demon are jarring, and overall the film looks terribly dated. When you consider that “Se7en” was made 3 years before this (and is visually timeless), you can see that the script is something of a wasted opportunity.

There’s a couple of big jumps in logic that undermine the plot of Fallen – and are presumably the studio’s decision to keep the pace energetic (I can only imagine a couple of key scenes were cut), which is a shame, as a gentler pace in places and a more defined genre structure would, I’m sure, make this film better. The impression that I got was that this film was placed as more of a vehicle for Denzel than a psychological thriller/horror, and that is what causes a lot of the problems.

If all of this sounds damning, then I am probably being overly critical. Fallen is enjoyable, and there’s a twist at the very end which is wonderfully disguised until the last moment.  It’s a film I would recommend – it’s just not a smooth or comfortable one on the whole.