A foreign film that wears cosmic horror with pride, “Occult” is a film that juggles ideas like UFOs, terrorism, and Japanese myth with shocking results. 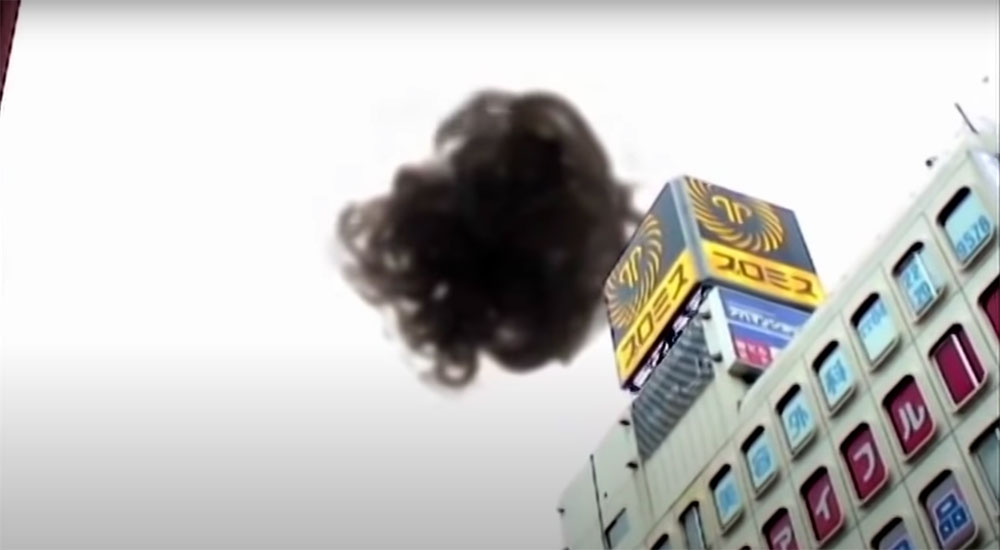 Back in February, I wrote a small section in the “Defending Horror: 25 Films Deserving of Genre Status” article. It was an amazing collaboration between writers on the site, and I was extremely excited to add my little piece to the overall pie. In it, I brought up the horror aspects of Parasite (2019), a contender for Best Picture during the 2019 Oscar run.

In case you missed the Oscars, Parasite won.

During director Boon Joon Ho’s acceptance speech during the Golden Globes, he says to those watching, “Once you overcome the 1-inch tall barrier of subtitles, you will be introduced to so many more amazing films.” It’s a sentiment I’ve always held, but one I felt particularly lacking in this series so far. I hope to remedy that here and now. 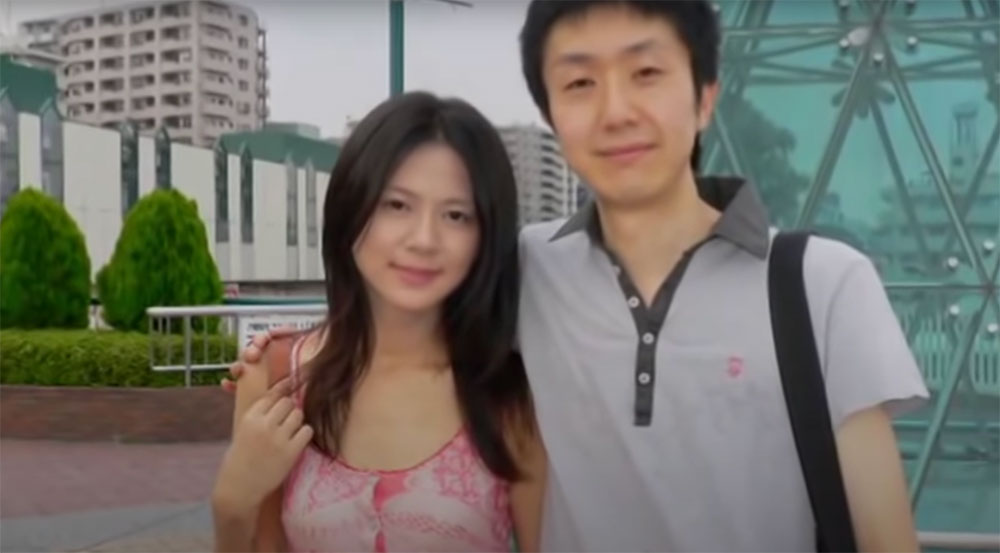 Occult, directed by Kōji Shiraishi, is a film starring Shiraishi himself, Mika Azuma, Kōen Kondō, and even features director Kiyoshi Kurosawa, creator of my favorite foreign film ever, Cure (1997). It’s the story of Shiraishi diving into the mysterious events surrounding a mass murder at a cliffside resort called Myogasaki. However, Shiraishi and his production team uncover a deeper mystery when one of the victims explains he’s been hearing voices from beyond.

Not to mention, it’s filled with references to UFOs, reincarnated ghosts, invisible Lovecraftian creatures, and a giant Japanese leech god.

Juggling all that is difficult, and, if you read the above thinking it sounds ridiculous, I certainly don’t blame you. However, Occult manages to spin all these plates, and more, flawlessly. Some of the above are red herrings, meant to confuse and draw the audience’s attention here and there with whiplash speed. Some are genuine, and none are more important than the director’s connection with Mount Ohiruyama, which is literally translated as Mount Leech.

All of this culminates in one of the tensest sequences I’ve ever experienced. 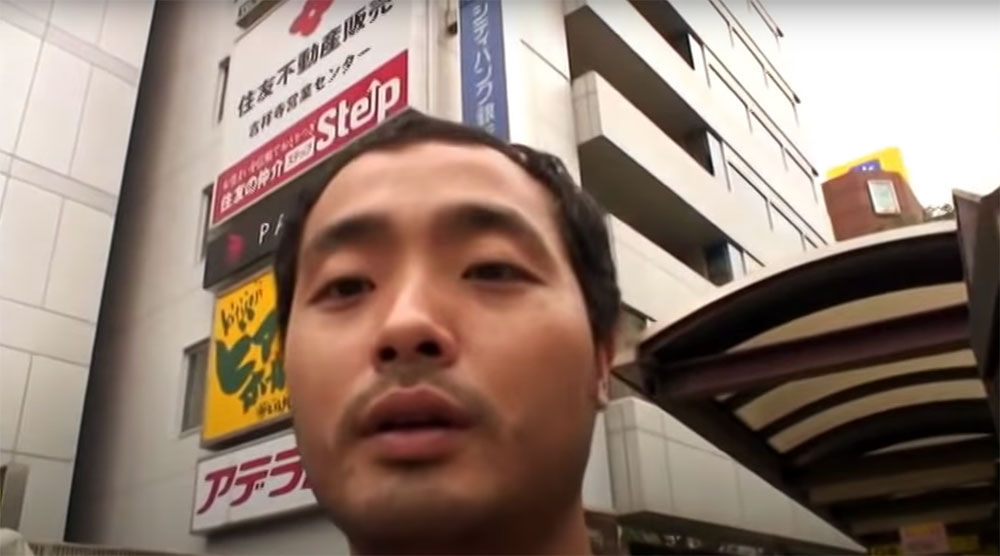 Throughout the film, a survivor of the original attacks named Eno references the performance of a great ‘ceremony’. It is explained that the cosmic being communicating with him has demanded Eno to perform a suicide bombing at the busy Shinjuku ward in Tokyo. Eno not only agreed, but finally has the resources to make this ceremony come to fruition.

What results is a fifteen minute, step-by-step following of Eno preparing for the attack, building the bomb, nearly getting caught, going to see Indiana Jones and the Crystal Skull (2008) in theaters — his final wish — attaching the vest in a subway bathroom, then walking out into a busy intersection. From the beginning of this sequence, where we see him buying screws to place in the bomb to, as the film’s text informs, “ensure the most damage”, to when he walks into the crowd is simply ratcheting up the tension.

It’s in those seconds before the bomb goes off where the real horror grips the audience; the knowledge of what’s to come, but not knowing when.

This portion of the movie is, yes, gruesome and terrible, but the film tries to shine a light at the thought process of religious terrorists and executes this with great success. 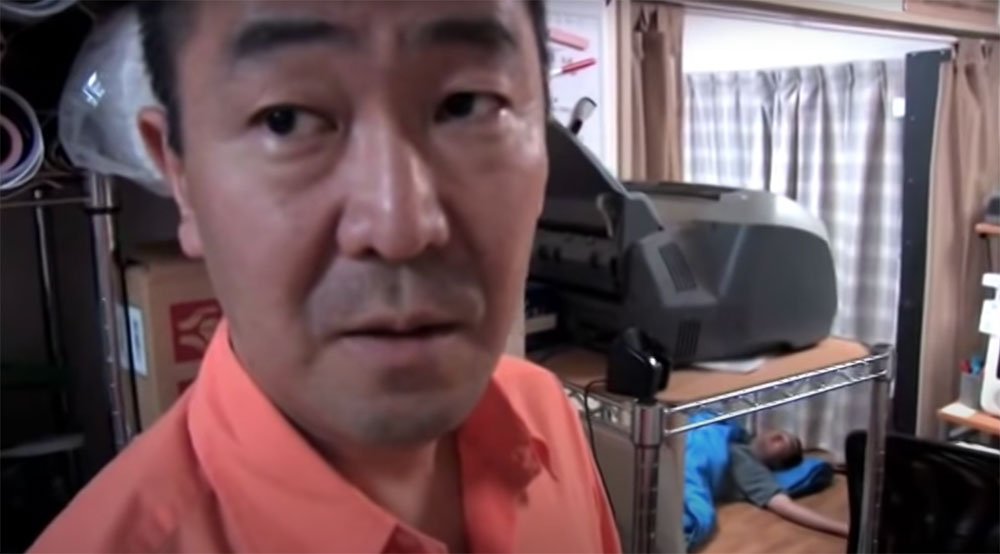 In 1995, Tokyo subway lines were attacked by religious fanatics using poisonous sarin gas in hopes of sparking an apocalypse. It was the most serious attack on Japanese soil since the Hiroshima and Nagasaki bombings of 1945. The event was traumatic for not just the people of Tokyo, but for Japan as well.

Occult tries and succeeds, in my opinion, at unpacking and revealing the deranged psychology of dangerous religious fanatics. We’re shown the effects of Japan’s harsh economy on the least fortunate, how difficult it is for Eno to even get a temporary, manual labor job. Eno explains how ‘God’ will take him away from our current dimension, then reward him in ‘heaven’. He doesn’t believe what he’s doing is wrong, and sees nothing wrong with murdering hundreds and injuring more. When Shiraishi questions Eno if what he’s doing is right, Eno says it has to be.

Nothing else makes sense.

This is a film with deep metaphor focused on tackling Japan’s past terrorist attacks and its dystopian economic future. Whether Shiraishi’s commentary on this is tasteful or not is up for debate, but there’s no denying this film is written smartly.

Don’t think that just because there’s a heavy emphasis on terrorism, Shiraishi forgot about his story’s Lovecraftian roots! 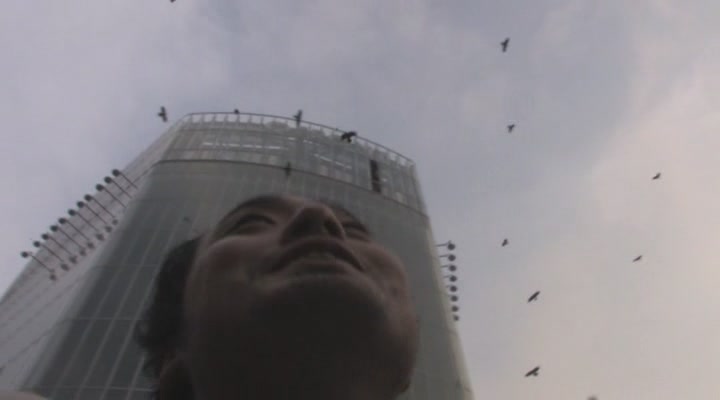 Taking clear inspiration from “From Beyond” by H.P. Lovecraft, as The Banshee Chapter (2013) did, Occult is filled with strange, invisible creatures that only Eno seems to notice. He calls these things ‘miracles’, but they’re far from it.

Large masses of whipping tendrils, these creatures are hellbent on creating calamity and death. Their influence in the film seems to go as far back as ancient Japan, as the main antagonist is the god Hiruko — a gargantuan leech creature worshipped by the ancient Japanese upon Mount Ohiruyama.

Shiraishi taps into a lot of what made writers like Derleth, Lovecraft, Chambers, and the crazed Richard Shaver interesting. Seamlessly weaving real locations, historic mythology, modern day pop sci-fi, and cosmic horror, Shiraishi created a complicated lore that he intentionally only scratched the surface of.

However, despite Occult’s interesting lore, rich metaphorical commentary, and great writing, it does have its downsides.