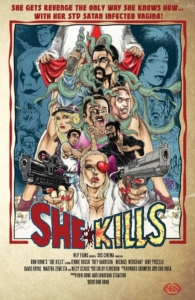 She Kills is a tale of love and revenge in the most grind house way possible! When Sadie and her husband are attacked by a gang on their wedding night that leaves her husband dead, Sadie discovers she possesses a legendary curse known as Fire Crotch, a condition where Satan has laid claim to her vagina. After a failed genitalia exorcism, secret hidden powers are unlocked within her and she uses her lethal femininity as a deadly weapon in her revenge against the gang that killed her husband.

If that story line grabbed your attention then prepare yourself for an outrageously awesome and hilariously brutal time with She Kills!

This movie is so over the top and so absurd that it would be easy to write off as just being plain stupid. But if you’ve seen a few grind house and exploitation films from the 1970s, you should have nothing short of a blast watching ‘She Kills’. I appreciated the knowledge writer and director Ron Bonk displayed in crafting this comedy based off the style and tropes of the trash style films from the history of cult cinema. ‘She Kills’ even has the look of those films with a very rich, over saturated, slightly grainy looking picture. It’s not so much an homage as it is a spoof, a ridiculously over the top, and laugh out loud funny spoof. 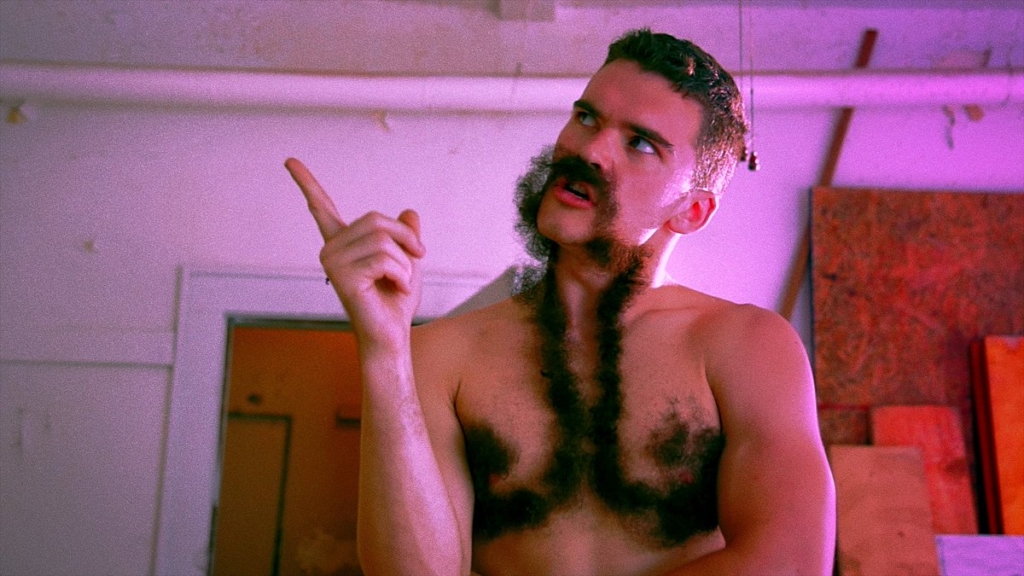 The cast are all up to the comedic challenge, and there isn’t a weak performance in the ensemble. Jennie Russo is fantastic as the innocent turned revenge driven, Fire Crotch possessing Sadie who looks like a pimp and call girl in one with her big white furry jacket and tall black boots and heart covered eye patch. Trey Harrison as Dirk, the leader of the gang, sports the greatest mustache of all time, and Martha Zemsta as Beatrice is wonderfully deadpan and eye catching. The effects are cheap, corny, and purposefully obvious… and had me cracking up. The whole film is pure, gory, sex filled, whacky b-movie heaven. 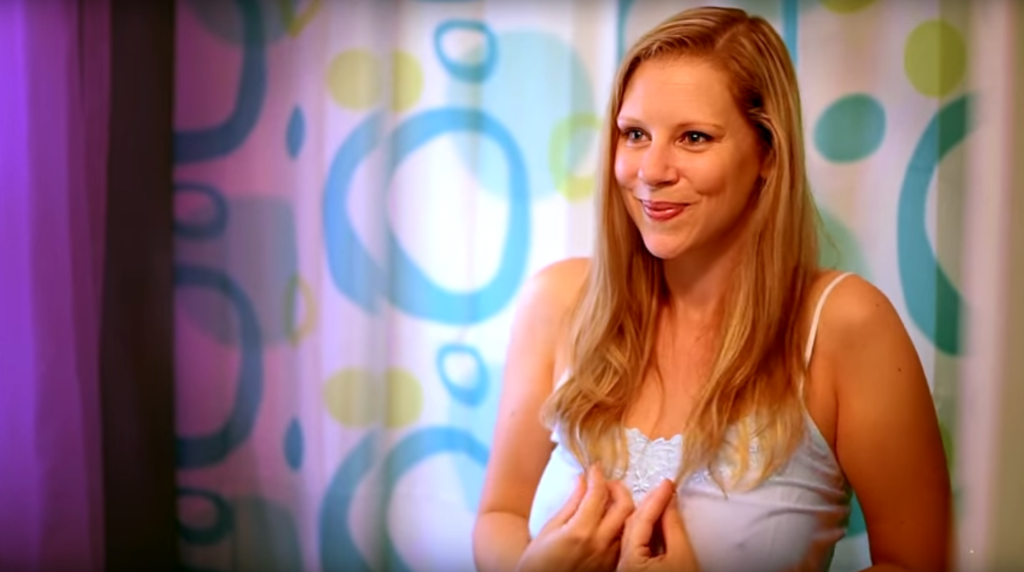 One issue the film suffers from is it sometimes allows certain jokes or gags to play out too long. One scene features a Kung-Fu like fight that gets more silly as it progresses. While it admittedly has funny moments, it goes on for about 4 minutes and could have been cut back. There’s a lot of potential for situational humor in a film like this, and I can understand the urge to go all out to cover all the bases. But some tighter editing and slightly quicker pacing would have heightened the humor even more — in my opinion, of course.

That being said, She Kills is a hilarious time. It relies on the lowest form of entertainment but is full of heart and an unabashed love for exploitation cinema and comedy in general. It’s in your face and crosses comedic boundaries to great effect. 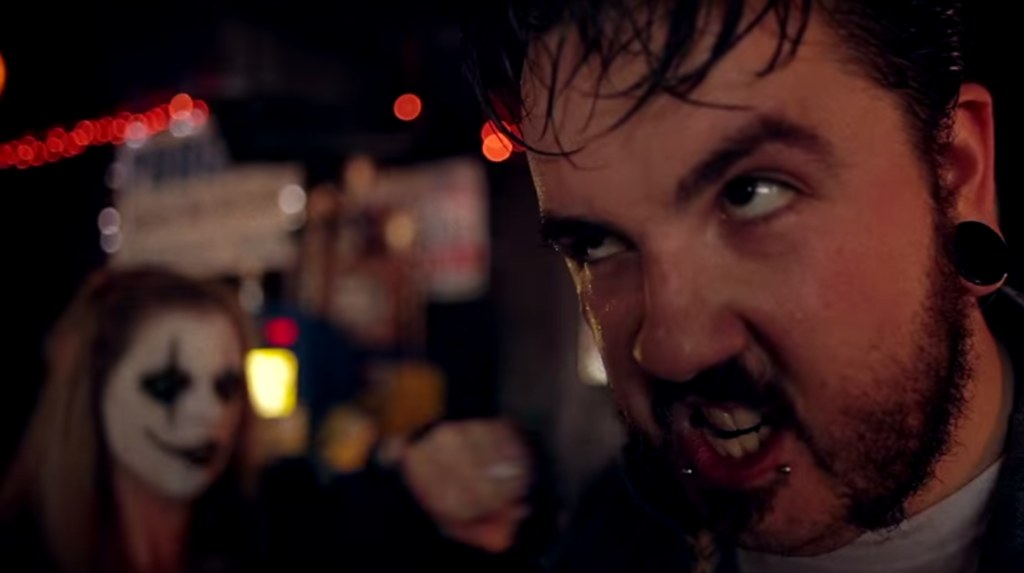 It’s on Amazon Instant Video and available on DVD. Check it out and have a good time. I sure as hell did!