A blood-soaked story of retribution, “Becky” is a kick-ass horror for the summer that fits right into the topsy-turvy world of 2020. 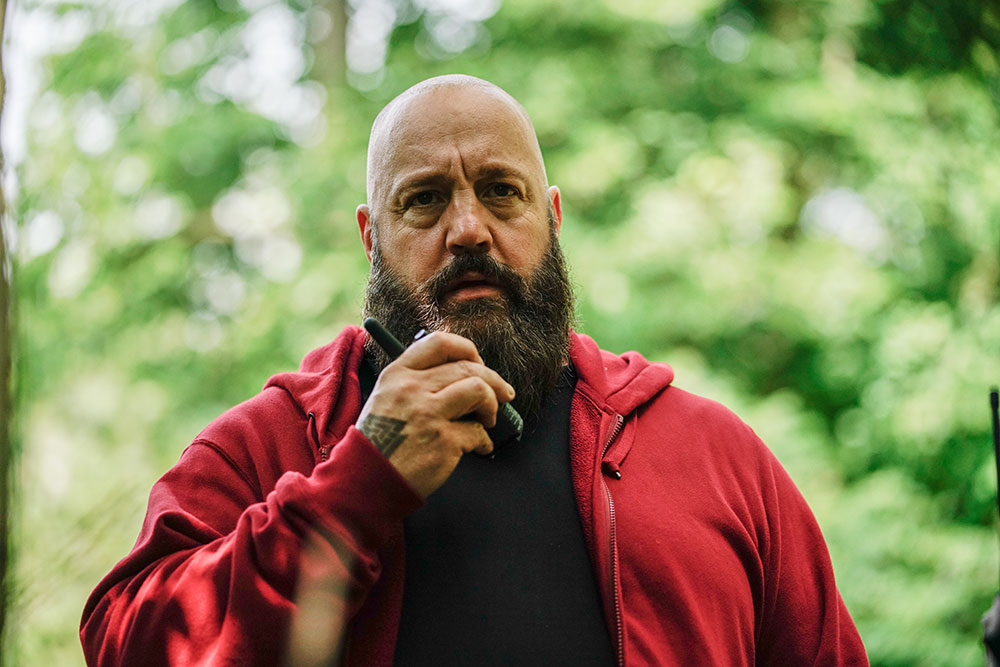 As if this year wasn’t crazy enough, the latest must see horror film features fatal justice dispensed by an unbalanced 13-year-old-girl against a gang of racist escaped cons led by none other than comedian Kevin James.

If you saw Cooties back in 2014, you know the directing team of Cary Murnion and Jonathan Milott do not shy away from horror films with children and tons of gore. Becky does not have the same campy humor, being more of a Home Alone style action thriller, but I gotta say watching a teenager go head to head with Neo-Nazi convicts was an entertaining romp in the forest! It was just the ticket to put a smile on this gore-loving, horror fan’s face.

Synopsis: 13-year-old Becky is brought on a weekend getaway to the family lake house by her father Jeff, to try to reconnect. It has been a rough year for them both. The trip immediately takes a turn for the worse when a group of convicts on the run, led by the merciless Dominick, (Kevin James) suddenly invade the lake house.

Becky (Lulu Wilson) is a tween with some serious anger issues. 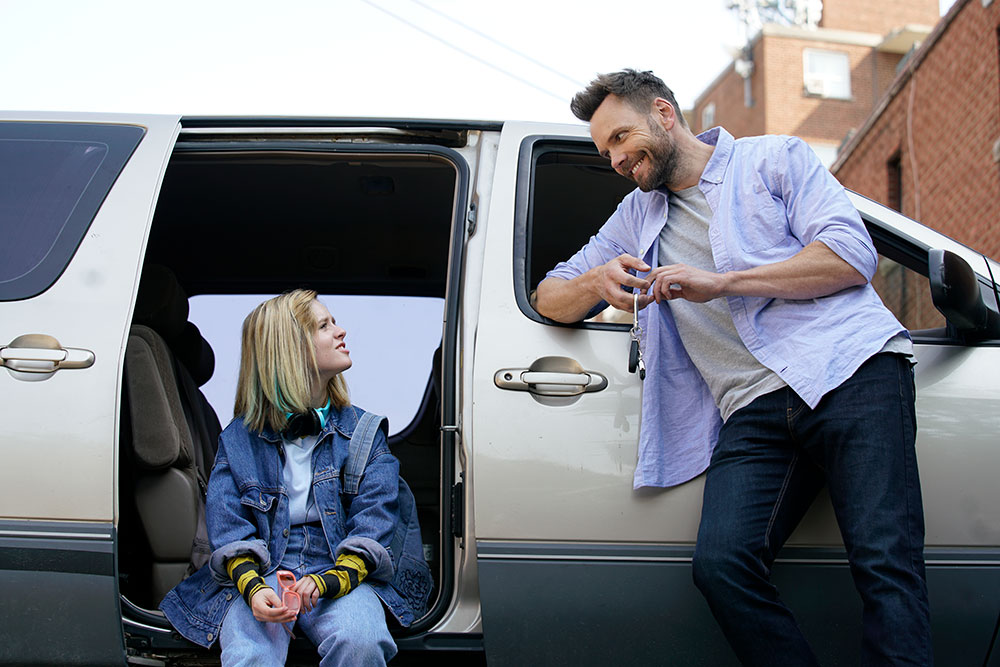 Her mom died from cancer a year before, and no matter what her ineffectual father Jeff (Joel McHale) tries to do to convince her otherwise, she has not moved on.

From the beginning, the filmmakers move back and forth between scenes at the prison and scenes of Becky in school, effectively highlighting the similarities in the two environments. Knowing how angry and trapped Becky felt, comparing her to a prisoner was a genius touch.

Picking her up early from school, Dad tells Becky they are going for the weekend to their family lake house, in an attempt to fix their damaged relationship. Unfortunately, he brings his girlfriend Kayla (Amanda Brugel) and her young son Ty, so they can announce to Becky their engagement. As you can imagine, this does not go over well with Becky, who is still mourning the death of her mom.

Meanwhile, there has been a jail break in the area, and some escaped Neo-Nazi convicts are on their way to the lake house as well. 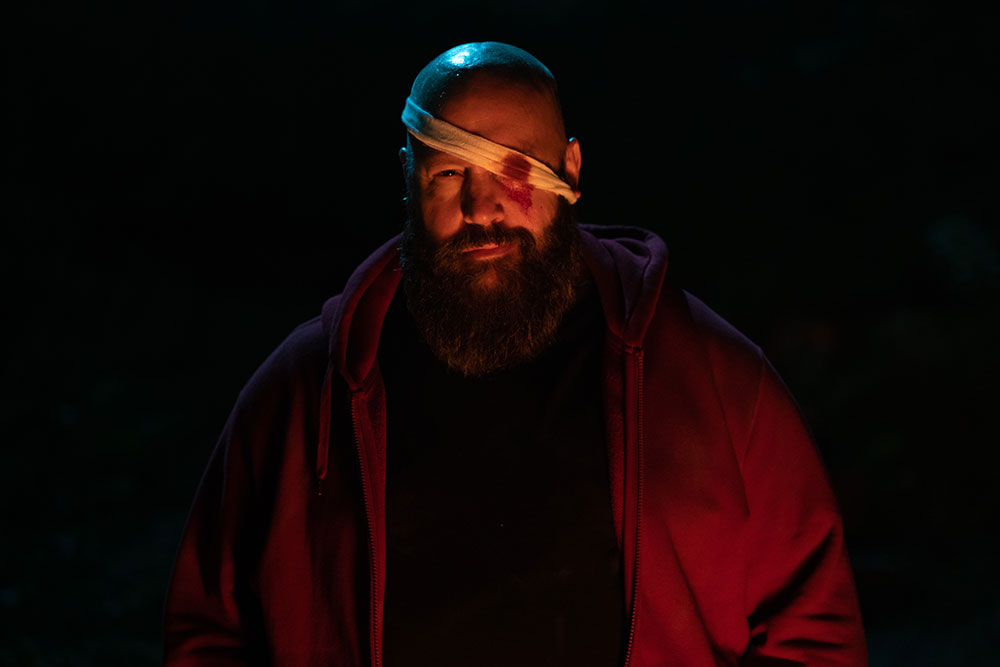 Dominick (Kevin James), Apex (Robert Maillet), Cole (Ryan McDonald), and Hammond (James McDougall) are not nice guys. Dominick is the leader of this rag tag gang of white supremacists, who kill an entire family of four just to steal their car.

I thought it was a stretch for Kevin James to try to play such a dark and evil character. But I was surprised to find it was more believable than I expected going into the film. James did a good job and looked the part the best he could.

After an unsuccessful father/daughter talk, Becky takes her dog Diego and runs off into the woods, just as Dominick gets to the lake house. He knocks on the door and tells Kayla a lie about a lost dog he needs help finding. However, the escapees are really there to look for a key hidden in the house. We then cut back to Becky, hanging out in the coolest of kid hideouts, as she pulls the lost key out of a box and puts it around her neck.

Back at the house, one of the huge convicts, Apex, has let Kayla and her son go, only to have the other convicts bring them back to the house. We realize there is no escape. The family has seen the face of the convicts, so they are as good as dead. Jeff tries his best to protect everyone.

But when Becky calls in on a walkie talkie to taunt the bad guys, dad tells her to RUN! All this does is get him tortured. This sets up the path for the already angst-filled Becky to become a vengeful and violent sociopath.

There were many aspects of the film that worked and some things that could have been better. First, let’s look at what worked. 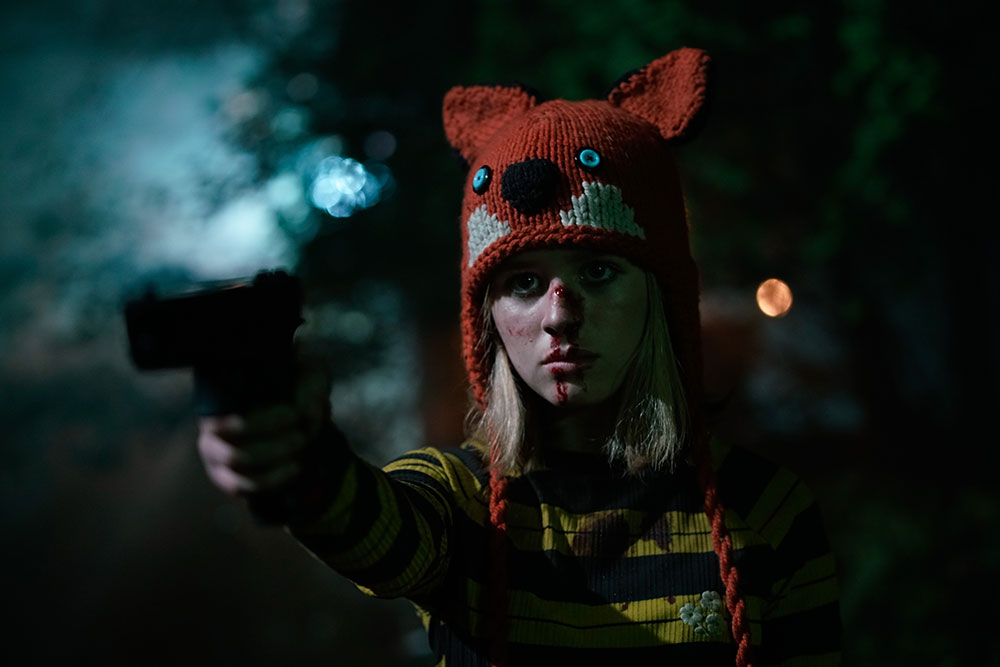 I expect to see a lot of her in the next few years. She was what truly made this thriller work so well!

The film had a reasonably short run time, was well paced, and there was action (mostly violent) continuously. The special effects by Karlee Morse were fantastic. This film has some incredibly creative deaths, and it would not have had any impact if the practical effects were not top notch.

We are treated to several grimly humorous deaths caused by everything from a ruler, to a lawn mower, and even a motorboat. What Dominic had to do with his own eye…well, I get chills just thinking about it. Oh, the carnage! Kudos!

Another plus was the character of Apex. This gentle giant of a man went back and forth as a bad guy, to good guy, back to bad guy. But ultimately, he could be considered a hero. I have only seen actor Robert Maillet once before, in the TV show The Strain, but I think horror needs more of him. He was wonderful!

Unfortunately, not everything worked as well. 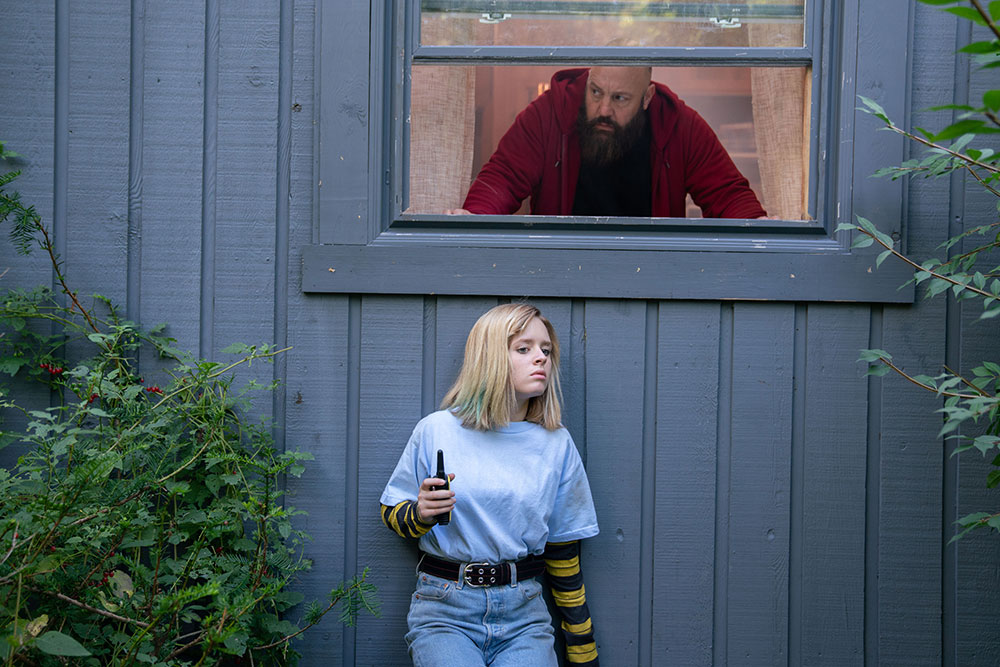 We know Dominick went to this house to get a mysterious key, but we never discover what the key is for and why he wants it so badly. He even has the design tattooed on his body. I was very curious to know what it opened, or even represented, but we are never told.

There were other plot inconsistencies. For example, Dominick leads a Neo-Nazi group, but no one in the group seems to notice or care that Jeff and Kayla are a mixed-race couple. I really thought that was going to come into play, and it never does.

I would also have liked to know more about Becky herself. She was angry about her mom’s death, I get that. But there had to be more to her, more of a reason she could so easily become vicious and unhinged. There is no glory in her violence, though it was entertaining to see how much Becky enjoys the bloodletting.

Even though I enjoyed Becky, it is not a perfect film, and you have to take the good with the mediocre. 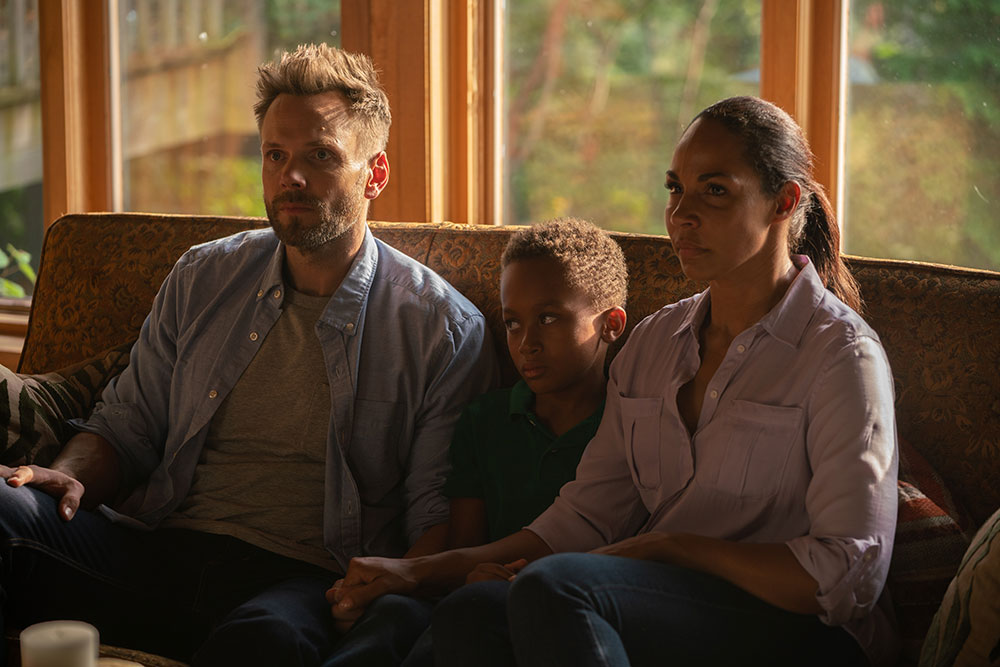 This bloody variation on Home Alone has many plot holes you must just let go to truly enjoy it. Most importantly, the premise requires the willing suspension of disbelief that a bunch of huge, tattooed and violent convicts could be taken out by a kid. Remember, it is just a movie.

If you can forgive these flaws in the scri