“Bit” is a unique and stylish horror comedy that is both an intersectional feminist film and a contemporary vampire tale — plus, it’s kick ass to boot! 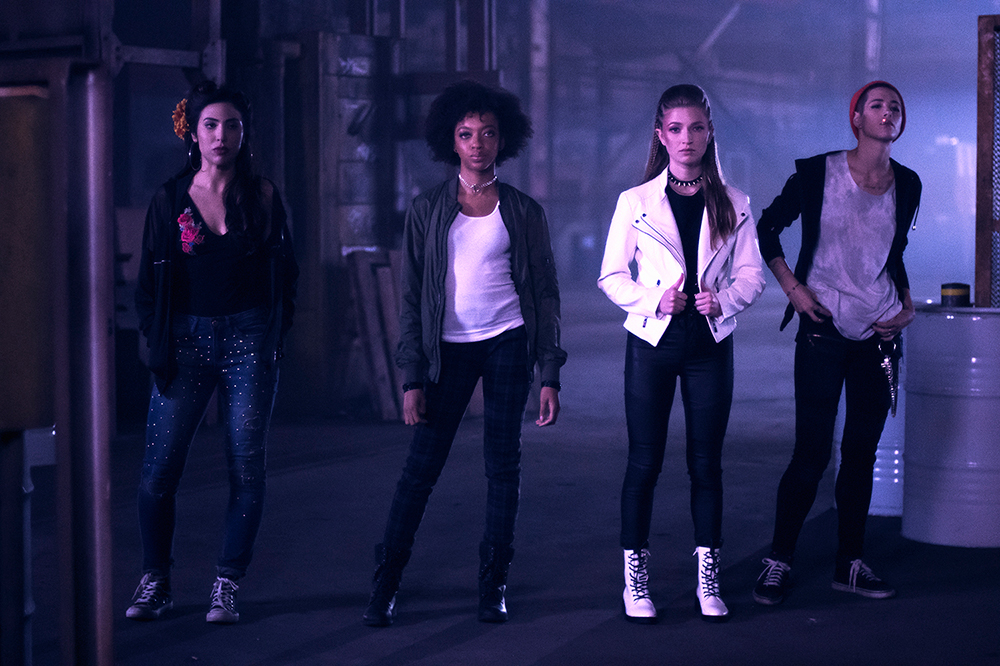 Brad Michael Elmore’s “Bit” is sure to be a vampire classic for a new generation.

As an older viewer, I am always excited when I am exposed to something new and fresh — especially with a message that can help me understand the world around me. Honestly, I don’t think that things have changed that much (which is sad). But because things are now more open, there are so many new opportunities for people to understand how we all fit into this confusing world. I love and embrace everyone, so I must keep up the hope that the rest of the people will catch up someday.

I believe films like this can help change things.

When I think of vampires there are quite a few that come to mind. First and foremost is Bram Stoker’s classic vampire- Dracula. Then there is the young, romantic and oh so dramatic Twilight series. Anne Rice’s vampire tales are amazing, and Buffy the Vampire Slayer was such a hit! Recent favorites, Let the Right One in and Only Lovers Left Alive, gave us a deeply sad look into the reality of living forever. Added to all of those are hundreds of other vampire stories. 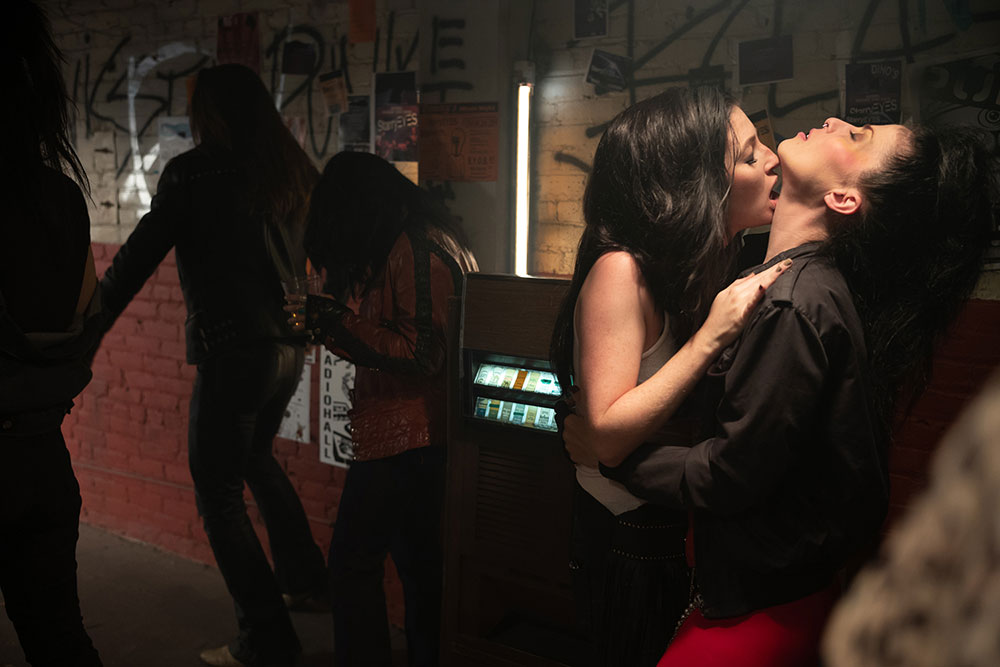 Bit has found a new niche in this huge genre, and I hope that you all love it as much as I did.

Synopsis: After graduating from high school in a small-minded town in Oregon, trans teen Laurel sets her sights on Los Angeles, hoping for a more accepting world and to reunite with her older brother. On her first night out, she is attacked and left for dead. Laurel awakens to discover she has been bitten and may be turning into a vampire. She now has a new transition to go through and is not sure she is ready for the challenge.

Everyone has challenges in life; but some more than others. Laurel had a hard time being herself as a transgender youth in a small town. Played by Nicole Maines, who is a famous trans activist, Laurel decides to check out Los Angeles in an effort to find herself. 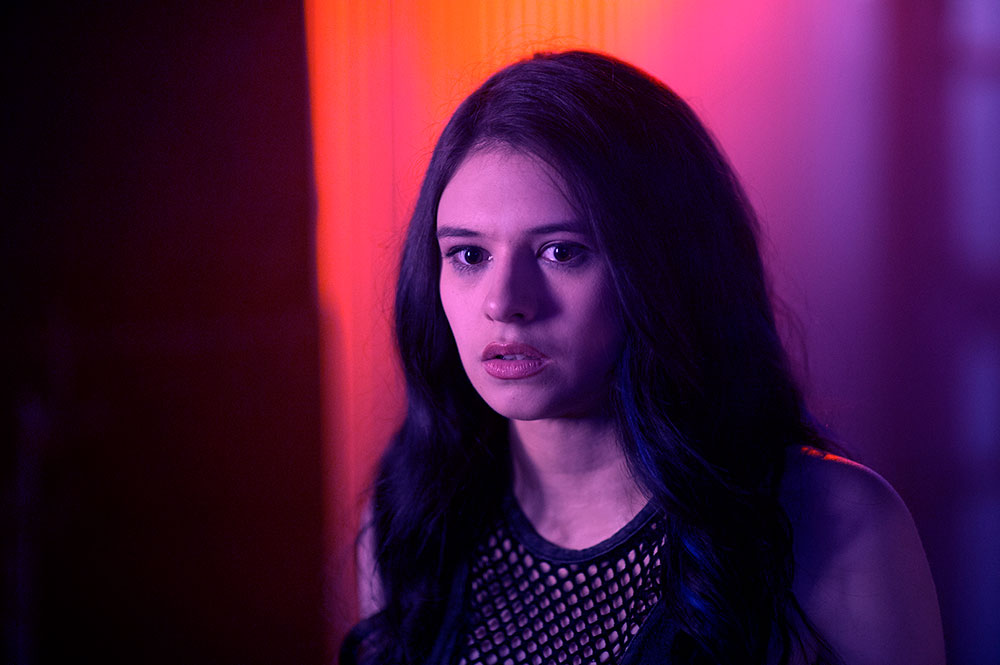 As an actress, Maines understands this struggle, as her entire life has been defined by her gender identity — making her the perfect choice for this film.

Laurel plans to stay with her older brother for a bit. But I think deep down inside, she wants to stay in LA where her hope is to find more open-minded folks and maybe even fall in love.

Laurel doesn’t get much time to relax before her brother decides to get her out of the apartment to go clubbing! She meets beautiful young Izzy (Zolee Griggs), who she is very attracted to, and accepts an invitation to go check out the place where she lives with her friends. Waking up in the morning after a one-night stand, she hopes to see Izzy again. But Izzy attacks and bites her. Stopped from being killed by the vampire leader Duke (Diana Hopper), Laurel is left for dead and told, if she survives, she will have a decision to make. 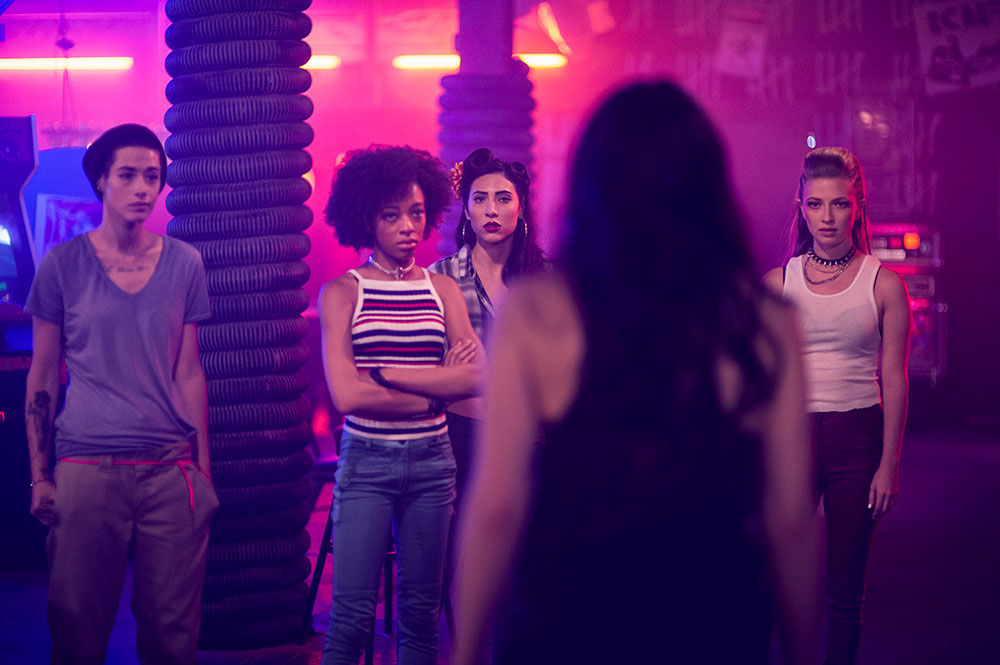 Will she join this sisterhood of feminist vampires?

The Bite Girl group she ends up owing her life (or death actually) to is a trendy, hip group of vamps with rules — like eat what you kill. But the biggie is “No men allowed.” When Laurel asks about her gender and Duke, the leader, firmly says it didn’t even cross her mind, that affirmation of who Laurel is was powerful.

Duke had decades of problems with a controlling vampire named Vlad, and she is out to make sure that male vampires never exist anymore. Men can’t handle this kind of power, she says. They admit they kill indiscriminately. But they try to be the Dexter’s of the vampire world and only kill people who deserve to die — in their eyes anyway.

Without giving away too much, we watch Laurel make her decisions, as well as some mistakes. She does some serious ass kicking as she finds out what is really going on within this diverse and dangerous group of blood thirsty ladies. Her life is never going to be easy. But living forever, she might be able to have some fun and become the strong woman she was meant to be. 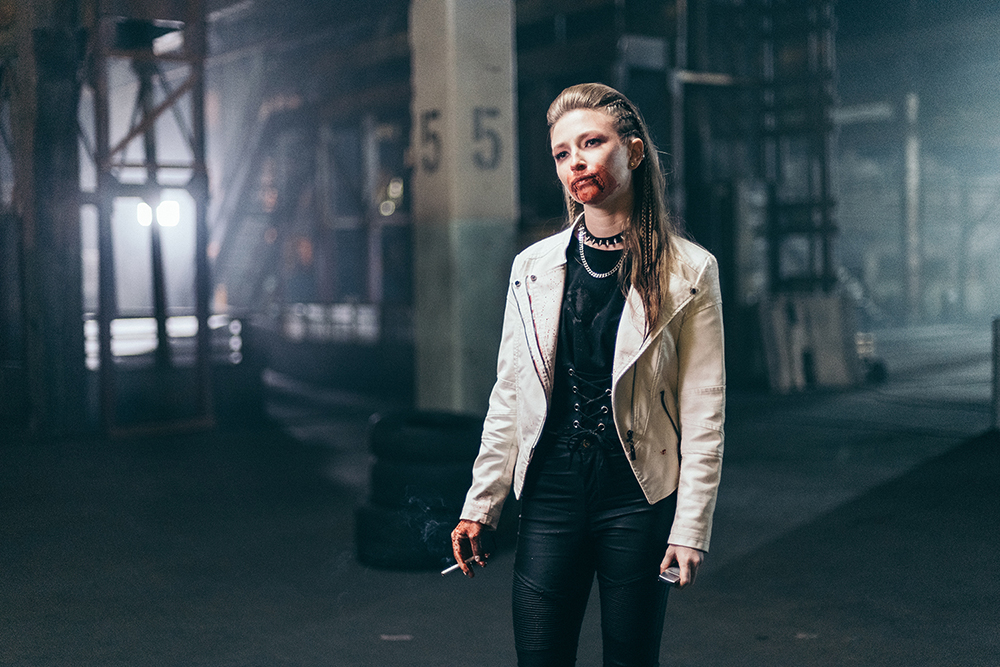 Bit is a fun and blood-soaked adventure through the streets of Los Angeles.

With clever writing, great characters and wonderful performances by all, it is a bad ass, feel good film! The audience is allowed into the group too, and it feels like we are party to a secret world. What makes this film work so well is that yes, Laurel is a transgender. But no one seems to have a problem with that.

I think it’s interesting that she is also presented with another transition to make. Her life wasn’t hard enough, right? Now she is undead, too.

The cinematography is gorgeous. The neon colors in the dark alleys and clubs in LA are spectacular. The SFX were awesome, and of course, perfectly bloody! Billed as a comedy, it is not a laugh out loud sort of film. The humor comes in some subtle and ironic ways. It’s a little campy at times but works surprisingly well. 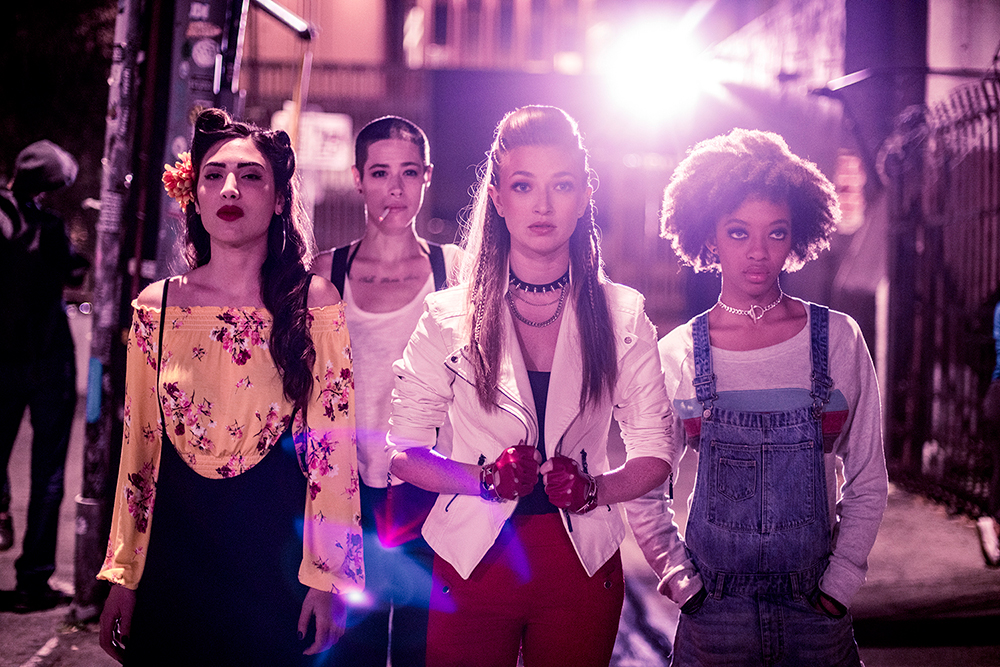 This is a damn special film, and I feel like it will be around for a while.

BIT will be screening at Outfest Los Angeles at the TCL Chinese Theatre July 26th, 2019.