Though not the best fit for fans of straightforward narratives, the arthouse crowd will swoon over the beautiful and atmospheric “In Fabric”. 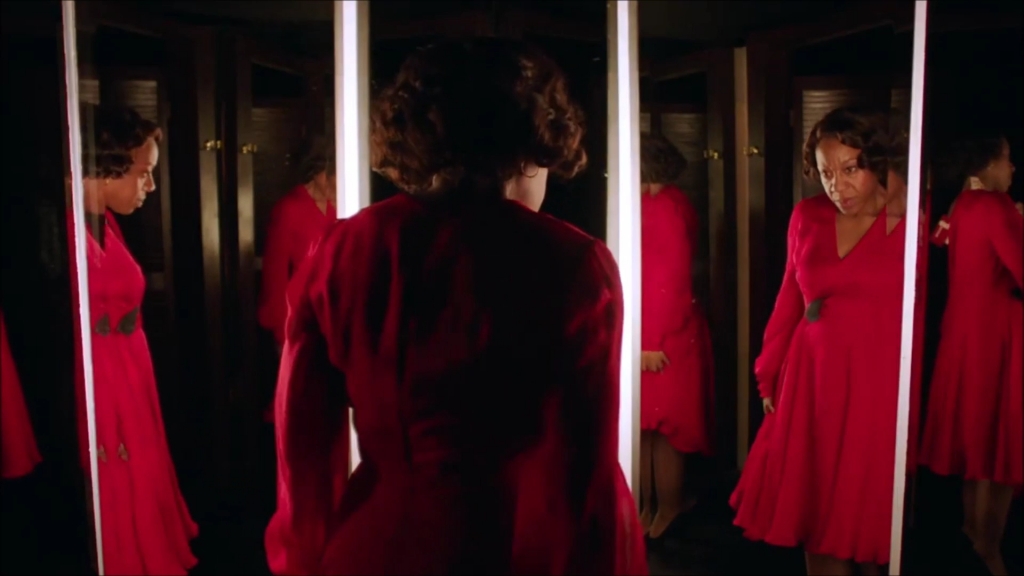 The simple description of Peter Strickland’s In Fabric is that it’s a movie about a killer dress. But that doesn’t even begin to prepare you for the actual experience of watching the film.

While that description is technically accurate, it leaves out all of the weird, surreal, absurd digressions in this tale of a murderous garment; in other words, all the stuff that makes it more than just the “killer dress movie.”

Sheila (the wonderful Marianne Jean-Baptiste) is a middle-aged mom working an uninspiring job as a bank teller. She’s also dealing with her adult son Vince (Jaygann Ayeh) and his way-too-comfortable older girlfriend Gwen (Gwendoline Christie as a character Brienne of Tarth would no doubt have beheaded pretty quickly), while going on a number of dispiriting dates with deeply mediocre men through a mail-order dating service.

In search of a new dress for one such date, she’s drawn to Dentley and Soper’s department store, an establishment run by a strange group dressed in what appears to be Victorian funeral garb. After hearing the sales pitch of Miss Luckmoore (regular Strickland collaborator Fatmah Mohammed), she goes home with an alluring red dress that fits her perfectly.

And that’s when the trouble begins. 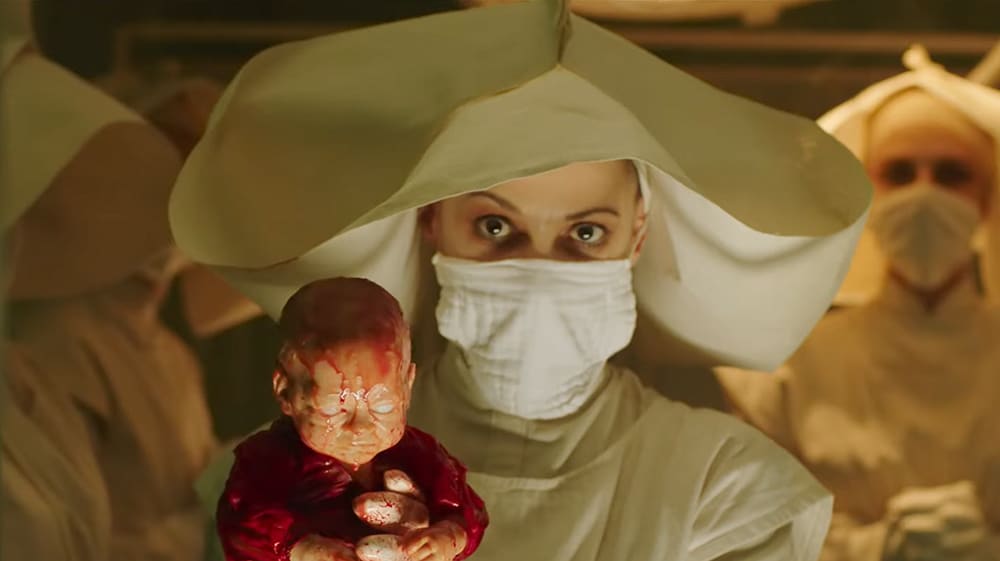 It seems that the dress has some ability to enact the wearer’s darkest desires, but Strickland keeps the exposition to a minimum. Sometime later, the dress shows up again, bought at a charity shop as a bachelor party gag gift for one Reg Speaks (Leo Bill), who finds that it somehow fits both him and his fiance Babs (Hayley Squires) as well. They might attempt to rid themselves of it, but the dress has other plans.

I recognize that even this plot description is inadequate, leaving out Reg’s (possibly dress-imbued) ability to hypnotize people into an ecstatic trance with his mind-numbingly boring washing machine repair talk, or the fact that Miss Luckmoore’s lines all sound like each word has been revised with the help of a thesaurus, turning even the banalest platitudes into cosmic pearls of wisdom.

The movie is clearly a comedy, and often a very funny one at that, as indicated by the presence of British comedy mainstays Julian Barratt and Steve Oram as a pair of corporate bank flunkies.

It’s not really a spoof in the traditional sense. While Strickland enjoys playing with the conventions of the genre, the humor is largely dry and absurd, culminating in inexplicable moments that you can’t help but laugh at for sheer gonzo ingenuity.

From the costumes to set dressing to the texture of the celluloid, it’s clear every detail was carefully, meticulously considered.

Strickland has a lot of fun shooting the dress from every angle as it billows and flows; one shot of it perched on the ceiling waiting to strike is particularly effective.

Strickland’s also a master of mood, crafting an alluring, hypnotic atmosphere that pulls you into his worlds, aided by the elegant synth score from Cavern of Anti-Matter.

He keeps a lot of the plot details vague, never really explaining the dress’s abilities or the true nature of the staff of Dentley and Soper’s. There’s a hint of a theme poking at consumerism, beauty, and gender roles, but they’re more musings than outright commentary.

Ultimately, In Fabric is best enjoyed by checking your expectations at the door, letting go of a desire for concrete answers, and allowing the sumptuous imagery to drape over you.

Overall Rating (Out of 5 Butterflies): 4
MORBID MINI
Go into In Fabric expecting a straightforward story about a dress that kills, and you’re likely to be disappointed. Go in expecting a surreal, artful, unconventional, and deeply funny experience, and you just might want to try it on for size (don’t worry, it always fits).