Sign Says Stay Away Fools ‘Cause Zombies Rule At The DEAD SHACK; But You Won’t Want to Stay Away From This Fresh, Fun Zombie Flick (Exclusively on Shudder). 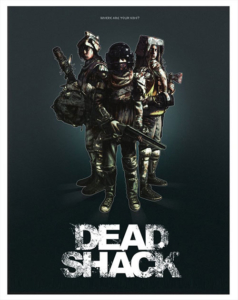 It seems that no matter where you look, a new zombie movie is popping up. Or someone is cashing in on the Romero legacy by remaking one of his original zombie trilogy movies. If it’s not a movie, there’s some spinoff of “The Walking Dead,” or AMC Network is marathoning “The Walking Dead” endlessly.  The WB Network also produces its own zombie-centric series in “iZombie”.

The genre is oversaturated, and one wonders what new stories can be told with zombies. But there are gems that come out like THE BATTERY, TRAIN TO BUSAN, and IT STAINS THE SANDS RED that prove there are storytellers out there willing to push the boundaries of what’s come before.

Writer/Director Peter Ricq has given fans one of those unexpected gems with DEAD SHACK.

A Canadian horror film peppered with black humor, DEAD SHACK is set in a world that has zombies in it, but doesn’t appear to be in a state of societal breakdown or apocalypse. In fact, most of the characters in DEAD SHACK do not seem to be aware that zombies exist.

Roger (Donavon Stinson), a divorced father, is headed to a cabin he found on the cheap for a weekend vacation with his daughter Summer (Lizzie Boys), son Colin (Gabriel LaBelle), family friend Jason (Matthew Nelson-Mahood), and Roger’s craigslist-found fiancé Lisa (Valerie Tian).  Roger is, basically a well-meaning idiot and Lisa is a put-upon drunk.

After arriving at the cabin, the three teens decide to roam around the woods.  Summer, Colin, and Jason come upon a house and witness a woman credited as “Neighbor” (Lauren Holly) throwing two drugged boys to her imprisoned zombies. 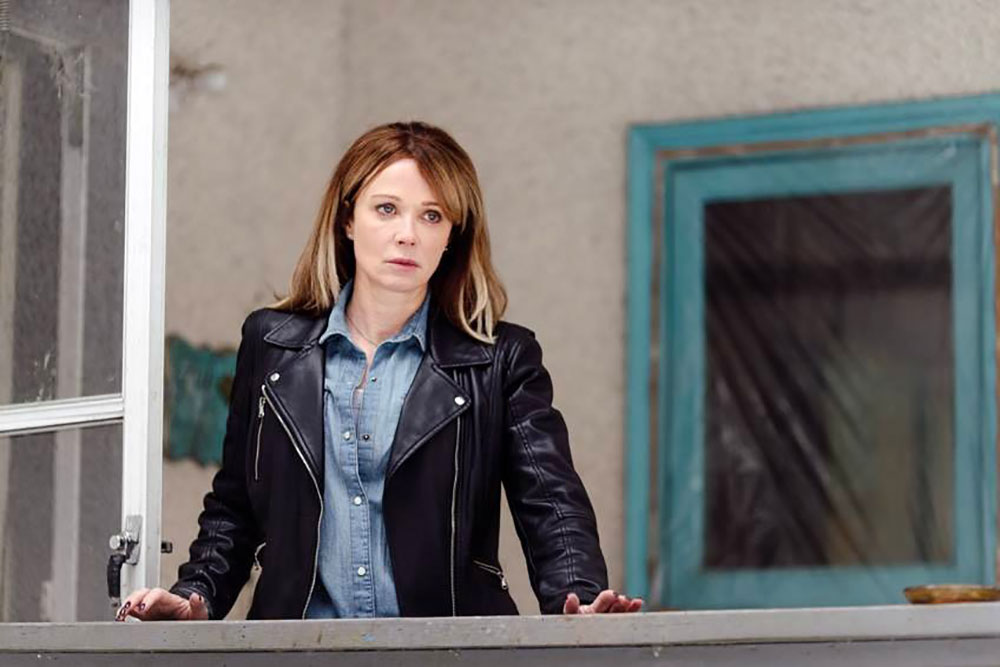 What Ricq does so brilliantly is play on viewer’s expectations of what happens in a zombie movie.  Ricq knows that fans are well aware of the rules and the settings of nearly every zombie story. Ricq is able to subtly turn these expectations on us to keep the story feeling fresh.

DEAD SHACK is filled with a brilliant cast anchored by Lizzie Boys.  Lizzie practically carries the movie as the responsible teen/mother figure. Donavon Stinson’s performance as the ne’er-do-well drunk father is so affecting, that I was actively wishing for his vicious death by zombie.  The rest of the cast, including Hollywood star Lauren Holly, are fantastic.

The streaming service Shudder is currently showing DEAD SHACK, and this movie is yet another reason to invest in a Shudder subscription. Do yourself a favor and see DEAD SHACK as soon as possible; it is one of the best zombie movies released in the past few years.

DEAD SHACK is filled with heart, gore, humor, and braaaaaains.