Directed by Kevin A. McCarthy and Edward Payson, Crazed tells the wild tale of detective Ronan Pierce (Michael McCarthy) as he seeks revenge against the evil Luna Cartel. 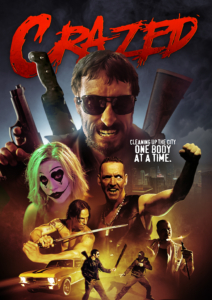 In a degenerate place known as Harbor City, the Luna Cartel runs all sorts of illegal businesses and activities, including human trafficking, drug dealing, and organ harvesting. But Pierce has a personal vendetta against the cartel and its deranged crew. Led by Damien Logan (Wade Gallagher) and a gang of sadomasochistic thugs, the cartel murdered Pierce’s daughter and are currently torturing his poor ex-wife. Joined by two partners (one of whom is a giggling circus clown named Karina, played by Jordan Elizabeth), Pierce is determined to have his revenge in this profanity-laced, gore-infested action thriller.

Undoubtedly, there are a number of problems with Crazed.

The script, written by Kevin A. McCarthy, offers little in terms of character development or realistic dialogue, while the acting is (purposely) melodramatic and cornball. Even the appearance of horror icon Kane Hodder (here playing a gangster named Eddie White) and a memorable turn by Rick Montgomery, Jr. as a mad surgeon, can’t redeem the picture in terms of its performances. However, in an attempt to capture the unhinged and exploitative spirit of the grindhouse films of the 1970s and early 80s, the movie works well. 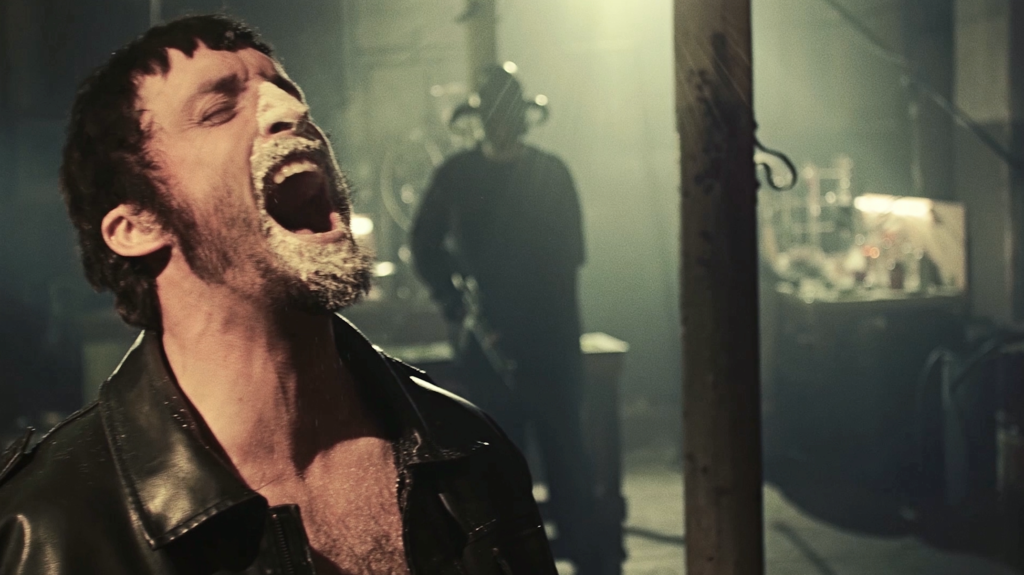 A popcorn film through and through, Crazed barely allows the audience to catch its breath before delivering one rapid-fire spectacle after another.

Pierce is a one-man killing machine, utilizing a variety of weapons (including an enormous dead fish) to dispatch various members of the Luna Cartel. Blood sprays and brains splatter, and the digital effects, led by Phil “Skippy” Adams, are exactly what one would hope for in an exploitation film—lurid, gruesome, and fun. The fact that the blood in the film looks different in each scene (sometimes it’s a cherry-red pulpy mess, other times it looks like water mixed with food coloring) only contributes to the guilty pleasure of the viewing experience. Pierce also delivers a number of one-liners after his kills—none of them are very funny, but they are in keeping with the film’s frivolous tone. 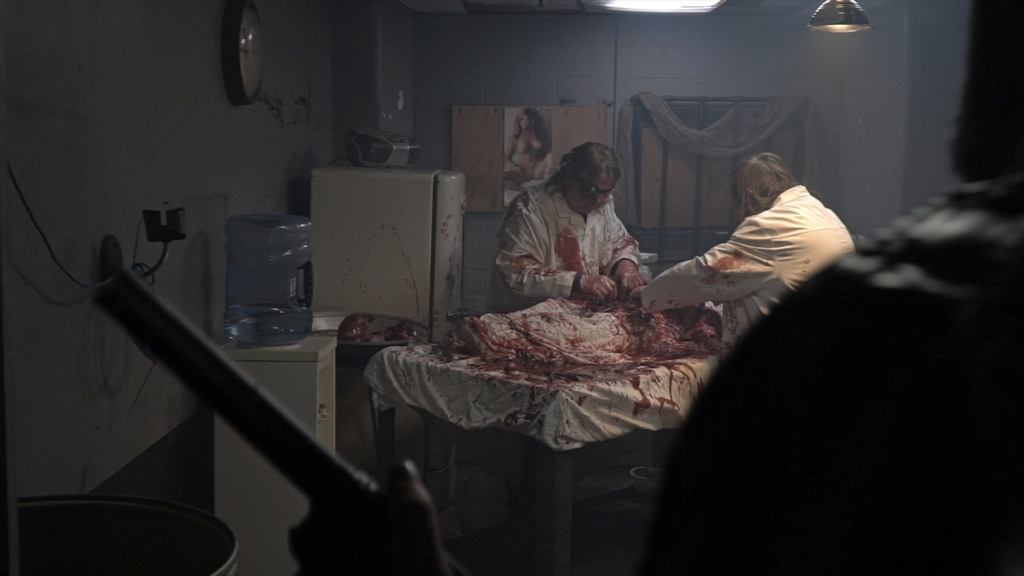 Crazed isn’t trying to be low-brow art—it’s just trying to make sure audiences have a silly and entertaining time, and to that end it succeeds.

Best enjoyed with a huge bowl of buttered popcorn and an armful of sugary snacks, Crazed has a stylized energy that genre audiences will most likely appreciate. The film is hyper-violent and action-packed, while the acting is guided by a clear understanding of the movie’s objective. At just under 100 minutes, Crazed could have been edited a bit more finely, bringing audiences to the climax sooner and cutting out some of the useless chatter among the characters. Still, watching vigilante cop Ronan Pierce have his way with each villain will bring mindless joy to anyone who gives the film a chance.

Crazed is available through Uncork’d Entertainment and was released on VOD on October 4th, 2016, and DVD on November 8th, 2016.