Cruel Summer is a truly horrific, hard-to-watch film based on true events that painfully reminds us of the awful things people do in real life. 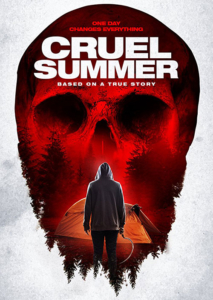 Written and directed by Phillip Escott and Craig Newman, Cruel Summer follows autistic teen Danny Evans (Richard Pawulski), who takes a solo camping trip and falls victim to three violent bullies. Having just broken up with his girlfriend and under the impression that Danny has slept with his ex, Nick (Danny Miller) leads his two friends, Julia (Natalie Martins) and Calvin (Reece Douglas), to find and punish Danny.

Cruel Summer is very loosely based on true incidents of knife crimes that happened frequently in the UK in 2012 and 2013. Another true story that inspired the film was an incident from 2004 involving a mentally handicapped boy who was camping with his “friends” who ended up torturing him and filming it.

If the thought of that last incident turns your stomach, then Cruel Summer is not for you.

(And, just a note, the following review will contain spoilers. Reader beware.)

I can’t stomach watching these endlessly bleak and violent films very often, but I think they serve an important purpose. Most horror films tend to end on some sort of positive note, but that isn’t always the most realistic ending. Films like Cruel Summer remind viewers that sometimes there is no happy ending, and the victim isn’t always saved. 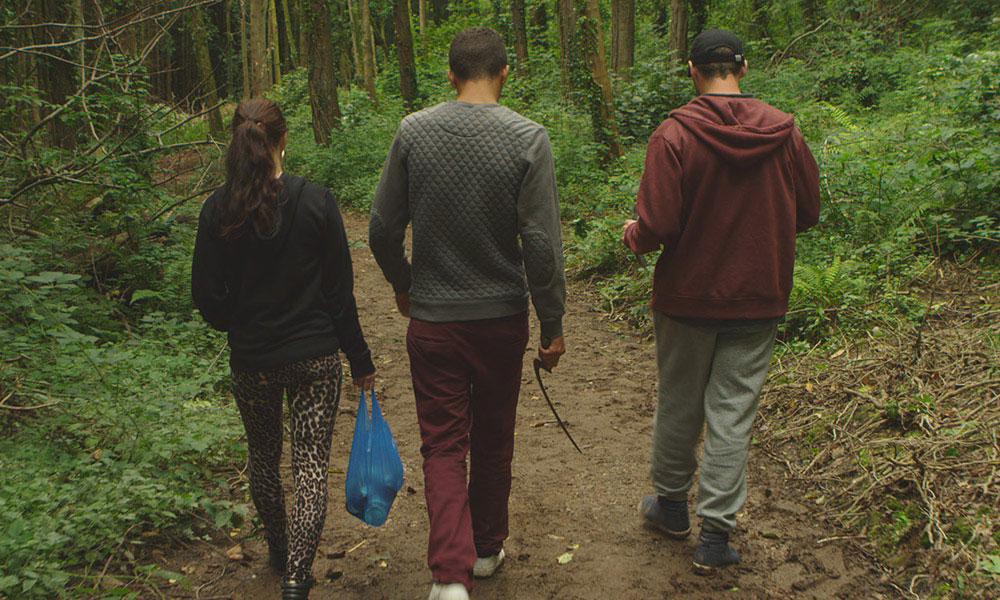 Escott and Newman made this film even harder to watch by making the protagonist of the story mentally handicapped; a point which seems incredibly unfair because Danny isn’t fully capable of defending himself.

Speaking of Danny, Richard Pawulski delivers a fine performance, although the story seems to be more about the bullies that target him than anything else. Danny Miller also gives a great performance as Nick; he really sets the character apart from the others, showing that Nick is the violent and unstable leader, while Julia and Calvin are just there to follow orders. 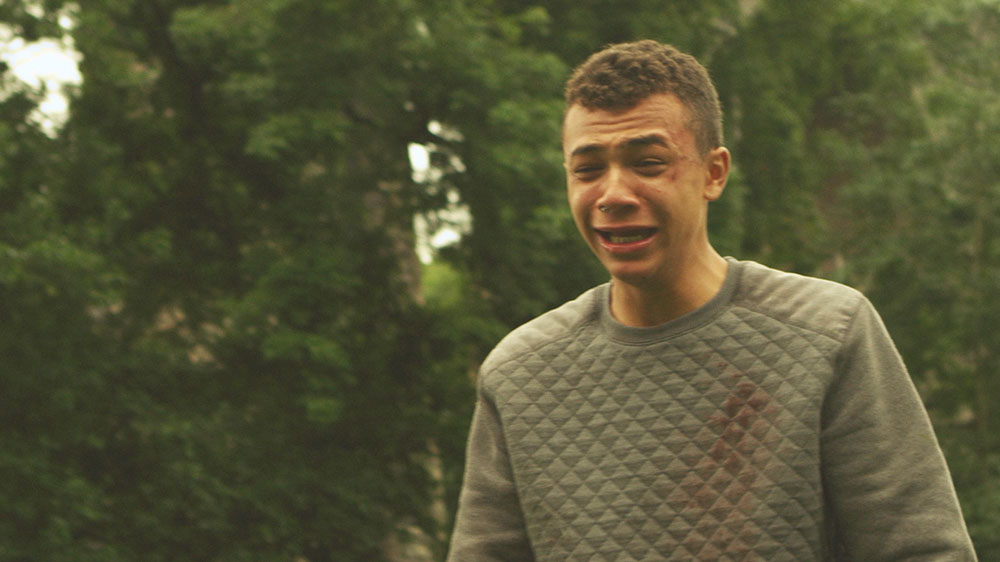 The only thing that I can call into question about Nick as a character is his motivations. The movie opens with him storming out of his girlfriend’s house and going to Julia’s house to vent about his break-up. We aren’t given much more insight into Nick’s life, so it’s harder to believe this character goes from zero to homicidal this quickly.

Julia’s motivations are very confused, which also makes her character hard to believe. It’s established early on in this film that Julia is pinning for Nick, which is why she tells him about his ex’s “true colors.” Julia, I assume, is lying to Nick when she tells him his ex has been sleeping around, even with a mentally-challenged boy (aka Danny). Nick is fully aware of Julia’s crush on him and exploits this by forcing her to show him where Danny lives, so he can teach him a lesson.

Throughout the film, as Nick’s murderous intentions become clear, Julia waffles between having a soul and blindly following Nick’s orders to participate in Danny’s murder. Julia ends up protesting Nick’s plan weakly one minute and supporting it the next, which makes very little sense.

Nick and Julia’s friend Calvin is worse. Calvin is tricked by Nick into believing that Danny is a pedophile, and that’s why they’re hunting him down. Once Calvin finds out Nick was lying, he bounces, then comes back when he hears Danny’s cries of pain. Then Calvin runs away again, comes back, finds Danny and “tries” to hide him, then runs away again when Nick finds them.

I know, it plays out in the film as badly as it sounds here. I almost would have preferred Nick going after Danny on his own, because his motivations were the only ones that made any sense to me.

Escott and Newman do a decent job of building tension by making the audience wait before Nick finds Danny. Saving the ultimate confrontation until after halfway through the film was a good choice; viewers will be endlessly nervous until Nick finally tracks Danny down, only to be rewarded with violence that doesn’t let up.

The only thing that ruined the pacing of the film was some extra long scenes that could have been cut down. Escott and Newman pad the movie with lots of long shots of the forest Danny is camping in, shots of fish jumping out of a lake, shots of Julia and Calvin goofing around on a playground, shots of Calvin rolling a spliff. You get the idea. These shots don’t add much to the plot and only serve to slow the pace of the film to a halt.

Overall, Cruel Summer doesn’t pull any punches on the violence and delivers a hard-to-watch story that unfortunately doesn’t end happily.

Despite the issues I had with some of the characters and the pacing, I appreciate Escott and Newman tackling this type of film that reminds us that life doesn’t always have a happy ending — and sometimes really bad things happen to good, innocent people.