More spooky than scary, “Demigod” gets a lot of mileage out of a great setting and a spine-tingling score; a treat for folk horror fans.

Demigod is an atmospheric folk horror tale about a woman who inherits her estranged grandfather’s home deep in the Black Forest of Germany.

Together with her husband, they travel to Germany to see what has been left to her, which in turn starts to stir unwanted memories in the main character, played by Rachel Nichols — who genre fans may recognize from gory Christmas film P2.

From there, things begin to unravel quickly as the couple has to face unforeseen horrors.

Demigod starts in the forest at night, following a pregnant woman being chased by some hooded witchy women and a monster of a man. Upon her capture, she is taken to their cabin to give birth to a demon.

Eerie, melancholy music sets the tone during this cold open before we are transported to the car of an American couple in broad daylight, traveling through the Black Forest. 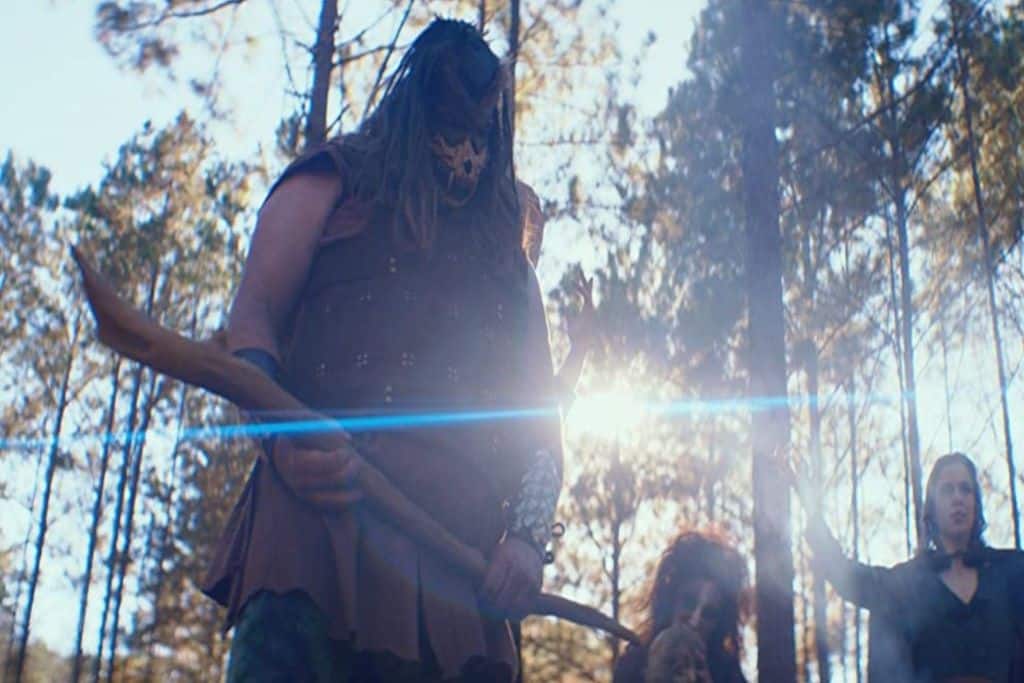 The couple, Robin and Leo, are traveling to Robin’s late grandfather’s house that has been left to her. Upon their arrival, they are met with lots of dead, stuffed animals, and animal skulls littered around the property, and they find out the grandfather was an avid hunter.

Leo also begins to find out more about Robin’s past and why she was estranged from her grandfather.

As they are settling in, they meet a man hunting in the forest, who gives them cryptic warnings about a monstrous thing that stalks the woods, hunting anyone in its path. 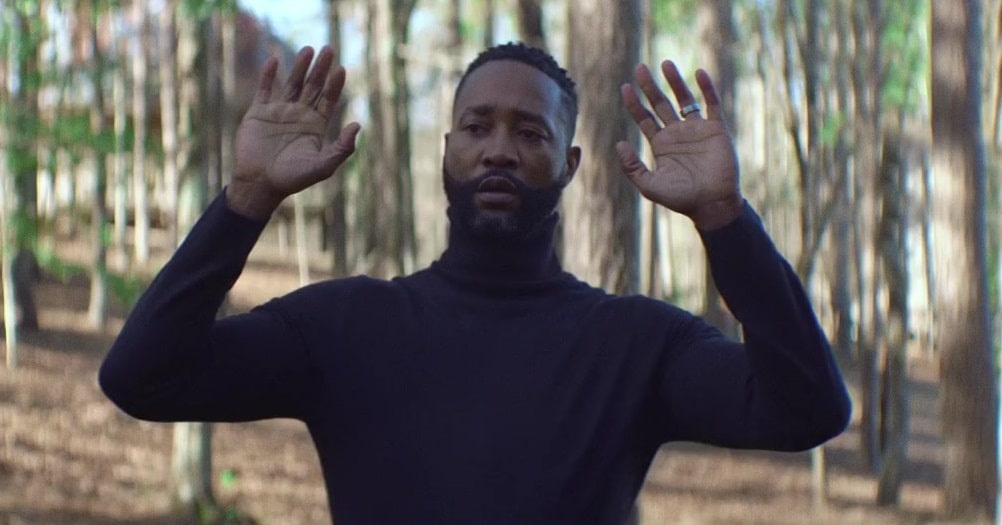 Because this is a horror movie, the couple does not heed these warnings, and ultimately falls prey to the titular demigod of the forest when they are taken by the witchy cult women that were seen at the beginning of the film.

From that point on, it is a bloody, fast-paced fight for survival.

While it may not be the best pick for hardcore horror hounds, fans of ethereal folk horror will likely find plenty to appreciate with Demigod.

Overall Rating (Out of 5 Butterflies): 3.5
MORBID MINI
I love the setting of Demigod. The score, mixed with the forest location, makes it so atmospheric and perfect for the darker months. It’s not really scary, but it is spooky with all the woodland witchy cult vibes. Because much of the violence is implied or happens off-screen, it’s probably not one for the gore-hounds. However, it should find a satisfied audience in folk horror fans who appreciate moody, atmospheric films.