Deeply emotional, dark, and riveting, “No Man of God” grabbed my attention immediately and I never lost interest all the way to the end.

PLOT SYNOPSIS
In 1980, Ted Bundy was sentenced to death by electrocution. In the years that followed, he agreed to disclose the details of his crimes, but only to one man. NO MAN OF GOD is based on the true story of the strange and complicated relationship that developed between FBI agent Bill Hagmaier and an incarcerated Ted Bundy in the years leading to Bundy’s execution.

I had my doubts about taking on this film to review, simply because I wondered what could be said that would be unique. Bundy’s story has been told so many times with films and TV shows, such as Extremely Wicked, Shockingly Evil and Vile, Conversations With a Killer: The Ted Bundy Tapes, Mindhunter or Falling for a Killer; just being some of the recent ones.

But this was such an intimate film about two men trying to comprehend the reasons for being who they are, that it worked.

I’ve always had a fascination with the bizarre workings of the serial killer brain and how they can do what they do, so Ted Bundy has always been an obsession of mine. Seeming nice and normal to most people, but harboring evil on the inside, how can a person protect themselves from someone like that?

Profiling always seemed like such a cool profession and ability to have. So, when Bundy tells Hagmaier “normal people kill people”, we see how deeply powerful and terrifying that was for Bill to hear. Hagmaier couldn’t help but spend the rest of his time with Bundy wondering how different or similar the two men really were. And I was right there with him, contemplating humanity myself.

Throughout the film, instead of crime scene photos, or dead bodies, we see shots of women and children living their lives innocently, never realizing a monster could be nearby.

I think it is important to point out that this version of Bundy’s story was directed by a woman. 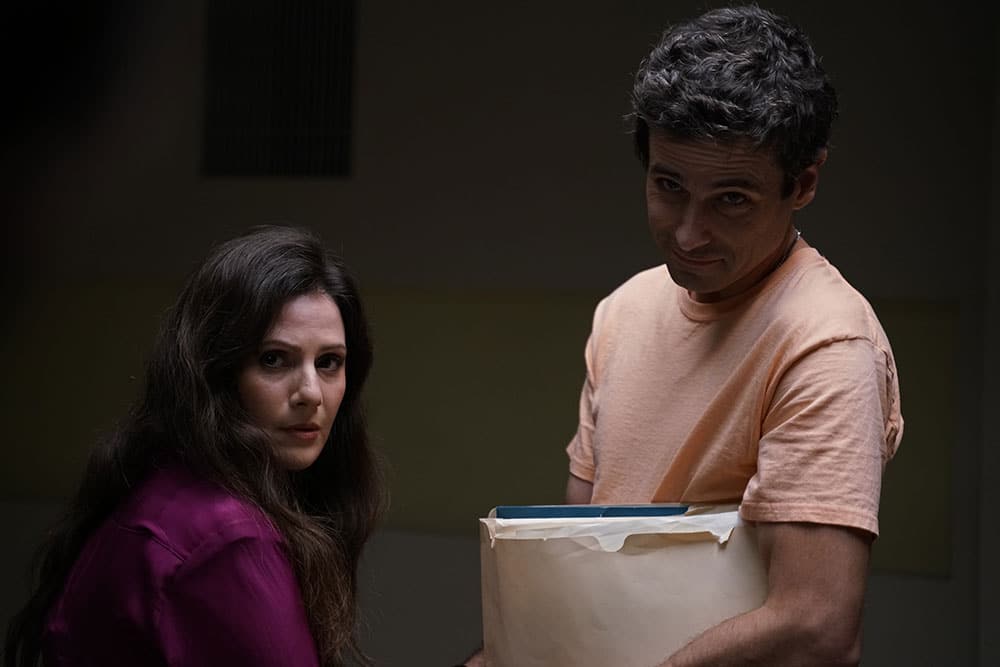 Director Amber Sealey talked about her reasons for these home-movie-type shots layered with voiceovers of Ted Bundy’s actual words.

“Presenting the victims this way is meant to be muted. Not every audience member will pick up on it. Those that do might have questions about who those women were meant to be, that is intentional. I want the audience to be left with a slight discomfort and lingering feeling of unease.”

“I want them to ask us, the filmmakers, who those women were, why they were looking at us. I want the audience to become aware of the implicitly sexist nature of Bundy and making a film about him, and I want them to know that we are conscious of this, trying to reframe it, and not allowing the victims to be non-existent in the telling of Bill’s story.” 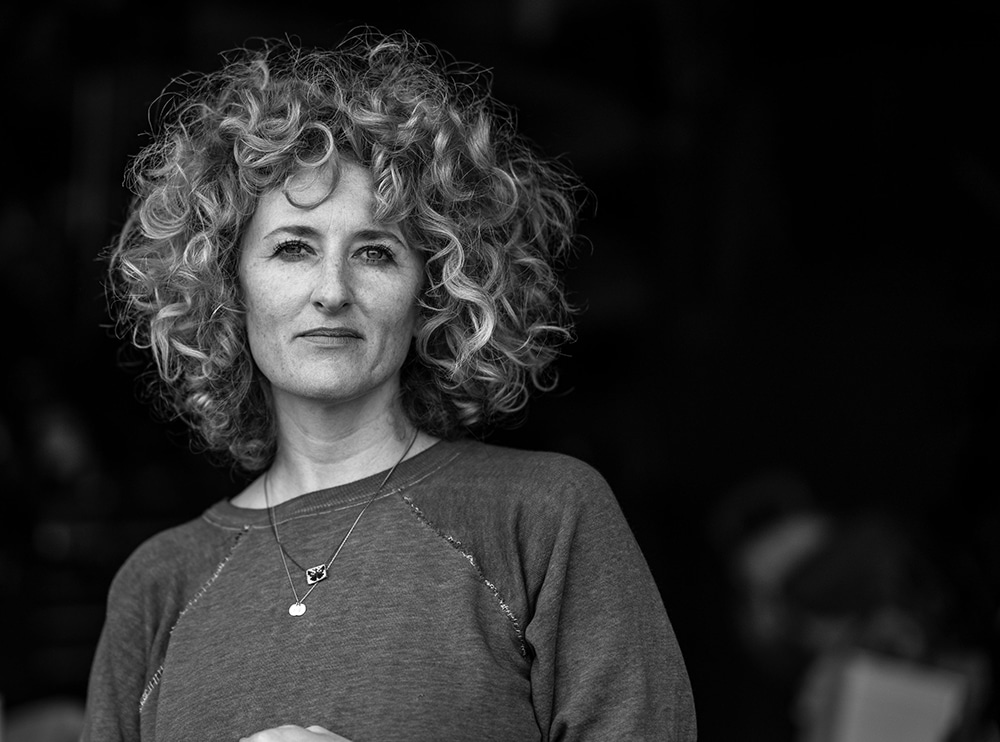 “It was crucial to me to have the victims represented in some way that was neither saccharine nor simplistic.”

“There was only one female character in the script, so I decided to use what we had available to us: the women in the world around them. I was also certain that this film would not include any reenactment of Bundy’s crimes, everyone understands the violence his victims endured. But we can’t ever forget that this movie largely deals with two men in a room talking about the excessively violent rape and murder of upwards of 30 women — women who were targeted because of their socialized and internalized nature to be nice and helpful to a person in need.”

“These victims cannot speak for themselves, and this is not meant to be their story. But they should not be forgotten in the telling of Bill’s story — were it not for them and what they went through, Bill would not be sitting opposite Ted. These women get to watch Bill and Ted for us, they get to show us how uncomfortable it is for them (us) to be surrounded by all this violence against women.”

What was important about this film for me is exactly why Bill Hagmaier was there in the first place. 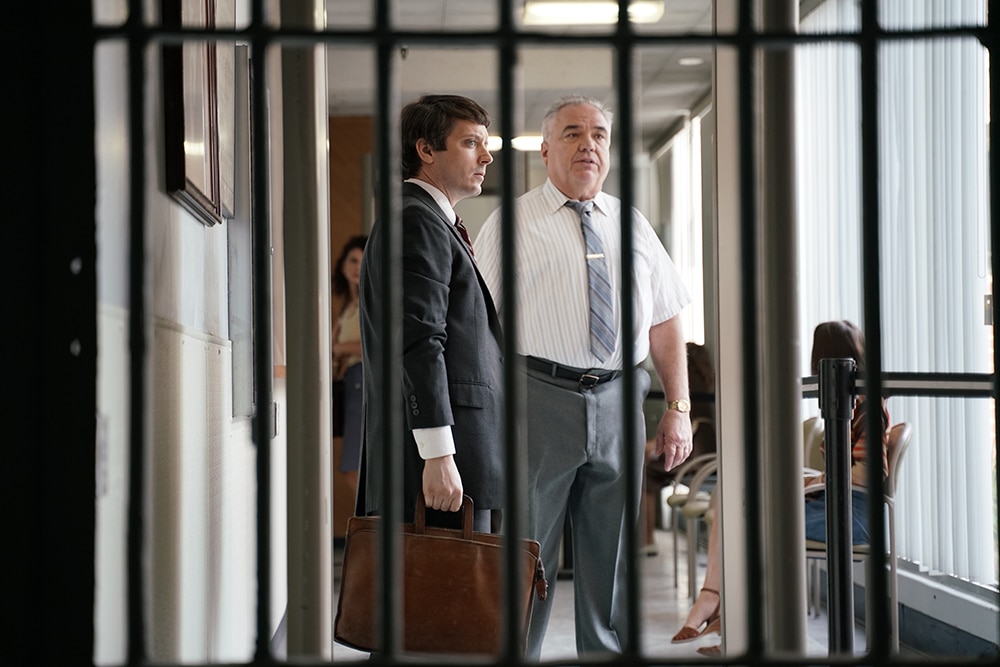 One of the founders of what would eventually be the FBI’s behavioral analysis unit, they were starting to realize if one could understand the thought process of a killer, there would be a better chance of catching them in the future.

Luke Kirby, the Emmy-winning actor you may remember from The Marvelous Mrs. Maisel (if not, you need to see him as the troubled Lenny Bruce) gives us the best characterization of Bundy that I have ever seen. I’m sorry but in most versions, the actors are very obviously “acting” and you can see the effort they are making to be him. But I was drawn into Kirby’s calm, subtle, and calculated Bundy.

At the point where they meet, Bundy had still been maintaining his innocence, yet by the end, he is explaining his methodology and all the gruesome details to Bill. You could see that he wanted something from his FBI confidant and Bill at that point just wants him to give the victims’ families closure. The confessions helped with that end, and they both seemed to ultimately get what they wanted, even though Ted got more into Bill’s head than I think either thought possible.

The only slight drawback to this amazing film for me was Elijah Wood himself. Those baby blue Frodo eyes threw me off a bit at first, but his acting was so strong that I was able to get past it and see him as an FBI agent and family man trying to figure out his place in the world.

The last few minutes of the film made me shiver. 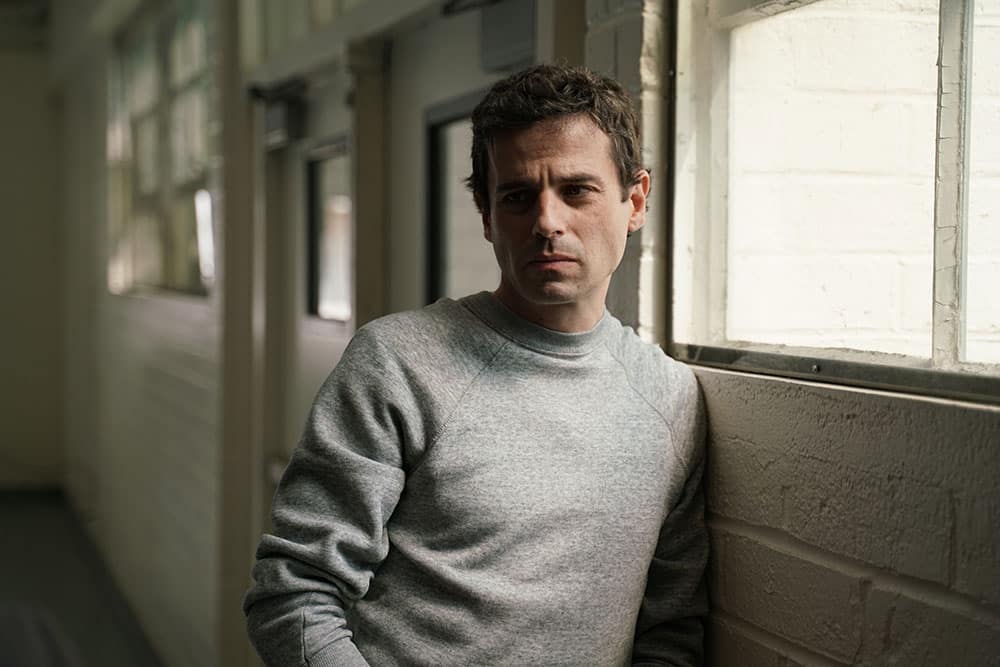 (Kirby is again incredible in his role while giving up all the terrible details of the crimes.)

In the end, the unrepentant-but-still-not-ready-to-die Bundy asks Bill if he figured out why he committed the crimes. Bill replies simply, “Because you wanted to.” Bundy doesn’t get upset and seems to accept the diagnosis. A terrible truth, but Bundy always claimed he was not crazy, so if that is true, what other answer could there be?

Even if you think you have seen everything there is about Ted Bundy, I suggest you watch this last one.

No Man of God is a great film that pulls no punches about the horrible monster that Ted really was, without needing to resort to showing the violence or glorifying him in any way.

NO MAN OF GOD is a great film that pulls no punches about the horrible monster that Ted really was, without needing to resort to showing the violence or glorifying him in any way. Click To Tweet

The cinematography was simple, the soundtrack perfectly chilling, and the acting all around is intense and magnetic.

AA psychological thriller not to be missed, No Man of God really digs into the psyche of humanity and asks the question: What makes a regular person different from the likes of this necrophiliac and serial killer?

RLJE Films will release the Ted Bundy thriller, NO MAN OF GOD, in Theaters, On Demand, and Digital on August 27, 2021.