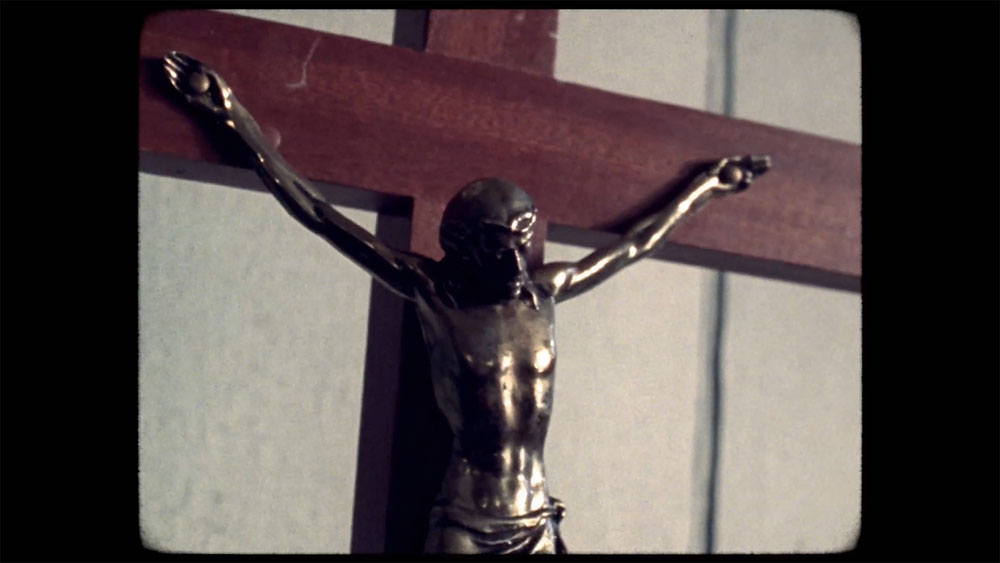 THE DEVIL’S DOORWAY is the feature film debut of director Aislinn Clarke, and if her first movie is any indication, Clarke has a bright future in horror.

Set in 1960 Ireland, the Vatican has dispatched two priests to investigate a report of statue of the Virgin Mary crying blood at a convent for wayward girls and immoral women, aka a Magdalene laundry. Armed with a 16mm camera, Father Thomas (Lalor Roddy) and Father John (Ciaran Flynn) are dispatched to record the events at the convent and deduce whether there is a true miracle happening, or if it’s a fraud.

Father Thomas is a skeptic, explaining to Father John that he’s been investigating alleged miracles and acts of evil for 25 years and has never witnessed anything that convinced him that God or the devil are actually involved. Father John, dutifully recording every conversation and incident with his 16 mm camera, is a young priest who wants to believe in miracles and the works of God. 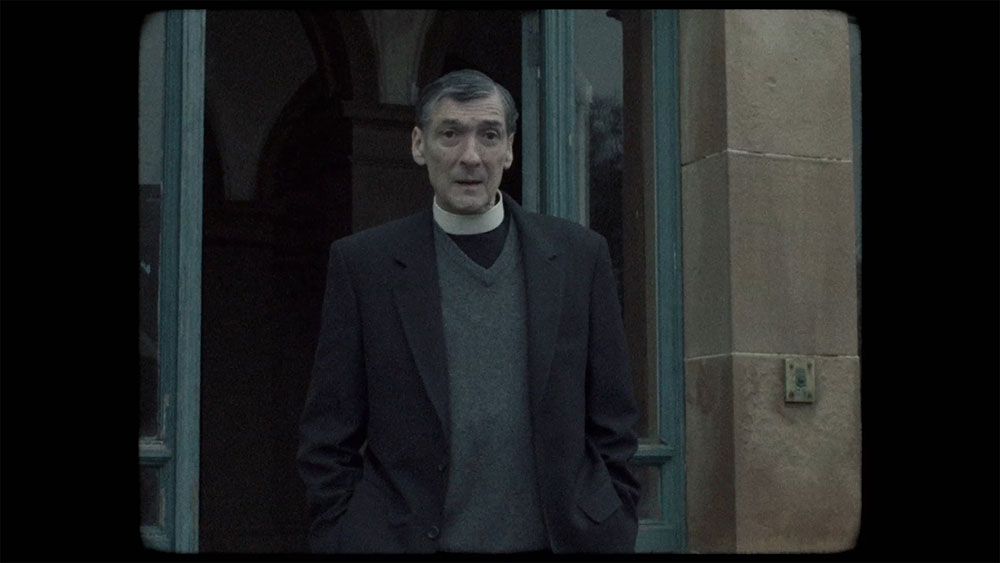 After witnessing physical punishment and mistreatment of the women under the care of the nuns, Fathers Thomas and John widen their investigation into the activities at the convent. Their attempts to get answers are thwarted by the Mother Superior (Helena Bereen). Mother Superior denies every accusation thrown at her by Father Thomas, be it denying the statue is crying bloody tears to denying the mistreatment of the women staying at the convent.  She openly mocks his investigation and questions the moral superiority of the church itself.

All this would have made an interesting movie without the supernatural aspect. But very soon after the priests arrival, Father John starts to experience inexplicable and supernatural occurrences, which leads him to investigate whether the convent is haunted. As Father John gets closer to the truth of what’s happening at the Convent, Father Thomas gets closer to the truth of the weeping statue. 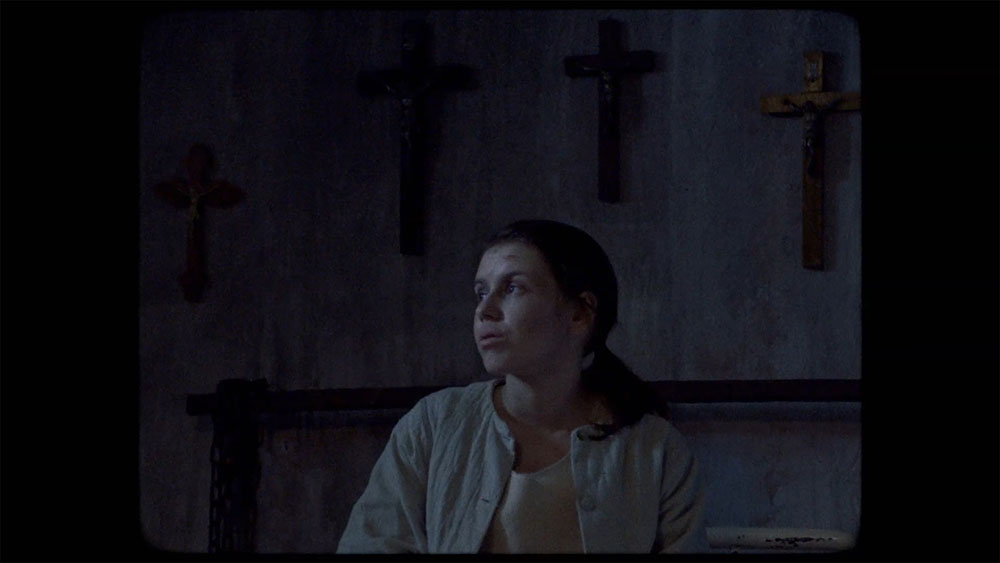 THE DEVIL’S DOORWAY is a very good found footage movie, despite some of the things that force the viewer to stretch believability.

Father John runs with the camera quite a bit, and the camera looks like it would be difficult to hold/carry all this time. The camera never seems to need a film reel change and produces a pretty high quality picture for 16 mm footage. Additionally, the film reel doesn’t even need to be fixed or adjusted when it’s dropped. But these are minor quibbles, and these questions never took this reviewer out of the movie’s found footage concept.

The supernatural elements, the ghosts, and possible demonic possession are well executed, but they aren’t things that horror fans haven’t experienced in many movies before. There are long-used found footage tropes in THE DEVIL’S DOORWAY: images of people just at the edge of the screen, noises of some paranormal activity beyond a closed door or just out of the view of the camera, and some very tight passageways.

One of the more effective uses of the POV by Aislinn Clarke is in the many passageways in the convent. There’s a claustrophobic feeling in these passages that is as good as much of the camera work in AS ABOVE SO BELOW, which used the first person POV to great effect in the underground tomb scenes.

THE DEVIL’S DOORWAY will feel familiar to horror and found footage fans. That doesn’t take away from the incredibly effective scares or the mounting dread and doom that permeates the movie’s brisk 76-minute running time.

THE DEVIL’S DOORWAY, an IFC Midnight production, will be released on July 13, 2018 in theaters and VOD. Don’t miss out on this impressive directorial debut from Aislinn Clarke.