Pure cinematic joy, “Heavy Trip” is a loving ode to metal fans and misfits; a hilarious film about passion and perseverance that has as much heart as humor. 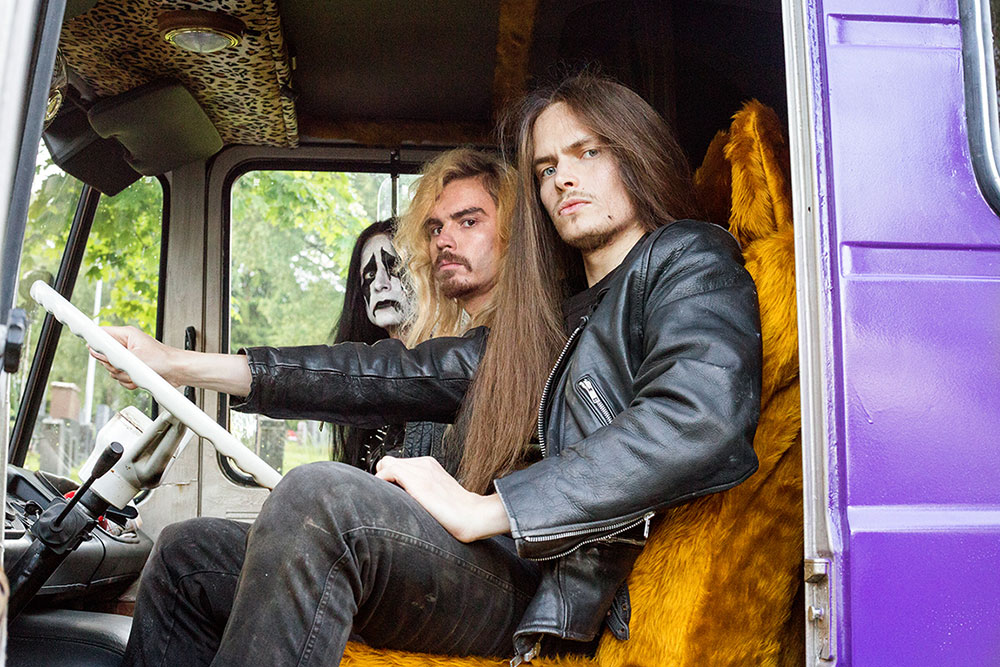 Rarely has a film produced as much unbridled joy in me as Heavy Trip from first-time filmmakers Juuso Laatio and Jukka Vidgren. This surprisingly charming tale about a Finnish heavy metal band on a quest to play a huge festival in Norway is as sweet as it is funny.

As soon as I saw the trailer, I knew this was a film I was likely to adore. So I was thrilled when it turned up at Cinepocalypse, giving me a chance to screen it.

As much as I expected to be highly entertained (which I undoubtedly was), I didn’t expect to be so moved.

At its core, this heartwarming comedy is about the power of friendship, the importance of staying true to who you are, and the value of pursuing your dreams against all odds. ‘Heavy Trip’ is an underdog story that lovingly celebrates the misfits and outcasts, encouraging us all to “face our lions” and become who we were meant to be. 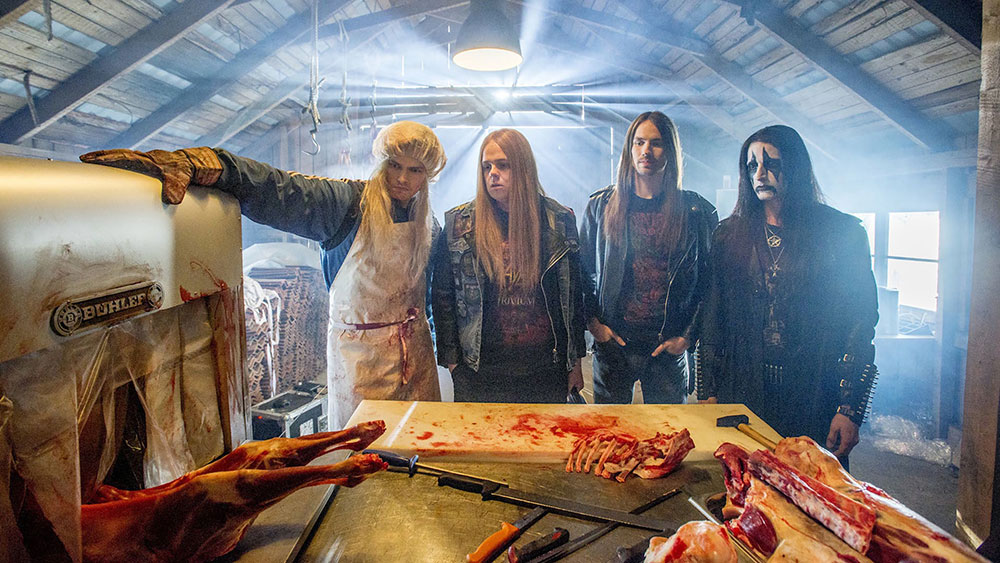 If all that sounds a bit too “touchy feely” for your taste, I should point out that the movie also happens to be an incredibly riotous, balls-to-the-wall buddy comedy brimming with equal parts wry humor and rowdy ridiculousness.

The film follows the adventures four metalhead friends living in rural Finland. They dream of making it big as the world’s most brutal band, while playing cover songs in a basement. But their inability to craft an original tune has kept them from scoring a real gig. However, a fit of inspiration derived from a hilariously unexpected source leads them to write the perfect song.

With their first ever demo tape in hand, a chance encounter with a promoter for Northern Damnation, Norway’s biggest metal festival, sets the lads on a wacky but sincere journey of empowerment and self-discovery. 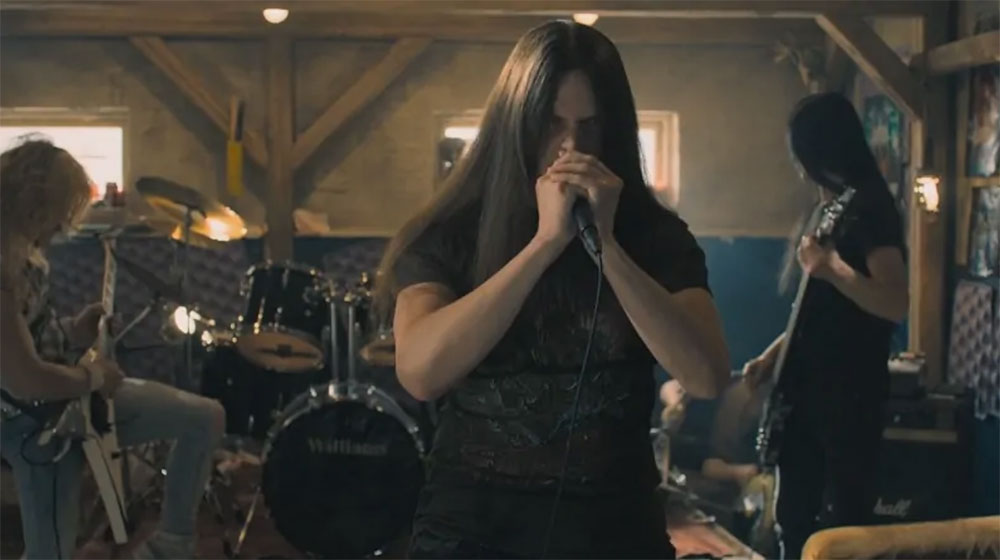 Though the band has a clear sense of their sound, which they endearingly describe as “Symphonic Post-Apocalyptic Reindeer-Grinding Christ-Abusing Extreme War Pagan Fennoscandian Metal,” they struggle to find a band name that really fits. But, in a moment of sheer brilliance, they finally land on Impaled Rektum after Pasi gets accused of having a stick up his ass.

Lead singer Turo delivers powerful, hardcore vocals with a ferocious growl. But he’s really a sensitive and artistic soul who is mostly invisible, except when he’s being bullied by the local jocks or harassed by the slimy suitor of the girl he crushes on. 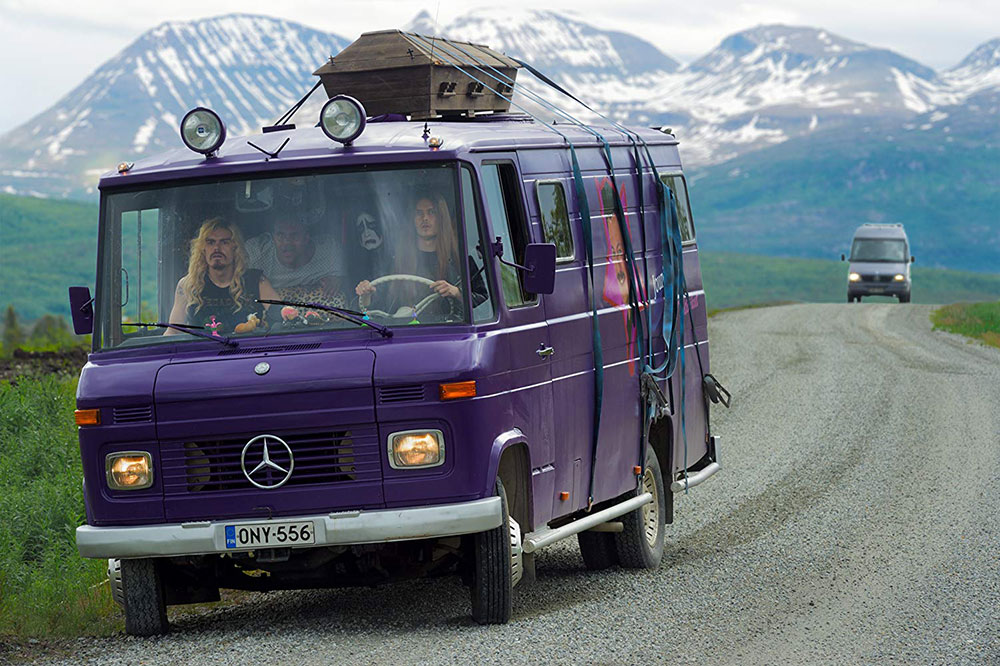 However, all that changes when a casual comment gets misinterpreted, and news of the band’s impressive upcoming gig spreads like wildfire throughout the small town. Suddenly, Turo and his bandmates are local celebrities, lavished with praise and sudden adoration. Even Turo’s bullies have transformed into groveling sycophants.

Unfortunately, there’s no gig. But Turo doesn’t have the heart to correct the record, and events continue to snowball until he’s in way over his head. When the truth finally comes out, his best friend Jynkyy urges Turo not to give up on his dream. But the already impossible odds grow seemingly insurmountable with each comically tragic turn of events.

What follows is a hilarious road-trip movie where the friends find themselves in one insane situation after another. However, as absurd and outrageous as things get, the comedy never feels forced or overly slap-sticky. The characters remain charming and believable, and their reactions to the outlandish chain of events feel sincere, helping to ground the comedy with real heart.

There’s a pretty great scene in Heavy Trip that happens while the band is attempting to cross the border, resulting in a conflict with the military after they are falsely suspected of terrorism. When Turo tries to explain they aren’t terrorists but a metal band from Finland, Pasi adds with his delightfully dead pan delivery, “We’re on a mission from Satan.”

To this, the female colonel replies, “Listen, I love Satan as much as any woman in her 40s, but you are coming up for interrogation right this moment.”

Innocent misadventures and mishaps, including almost starting an all-out war on the Finnish/Norwegian border, make them the most metal band of all time — even before anyone hears their music for the first time.

But amidst all the corpse-stealing, Viking ships, and projectile vomiting, some of the best moments occur in the quiet scenes of character development — like when Turo finally turns the tables on his homophobic bullies. After being repeatedly insulted and accused of being gay, he marches up to one of his abusers and kisses him square on the lips, stating, “Gay men are real men — manly men.”

Lovable characters, a killer soundtrack, smart humor and some pretty impressive cinematography make this a highly entertaining, feel-good film that’s best experienced cranked up to eleven with a few of your closest friends.