The brilliantly marketed “Gags” effectively capitalizes on fear of clowns combined with real-world media hysteria for a perfect mix of horror and humor. 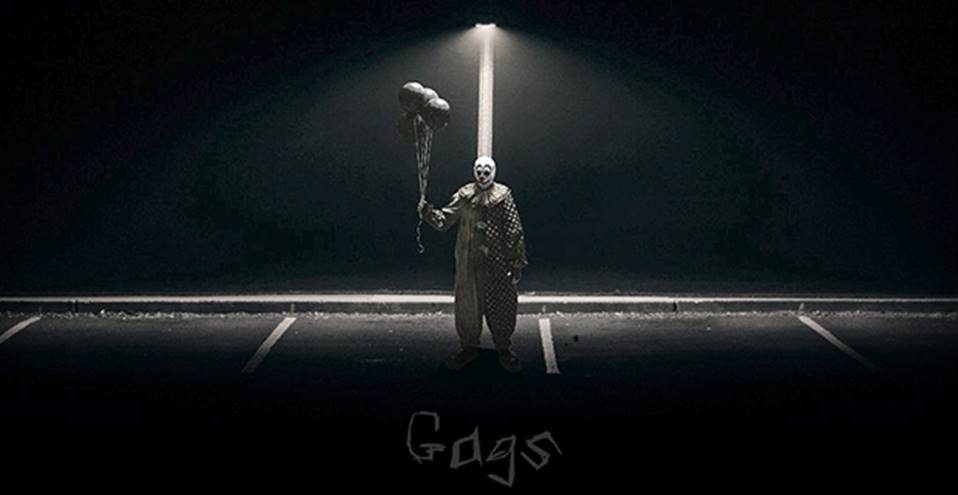 With the success of films like Terrifier and IT, and the highly anticipated upcoming release of Crepitus starring Bill Moseley, it’s clear that killer clowns are a hot property among horror fans.  Now, the latest grease-painted terror to haunt your nightmares has arrived, with the world premiere of Adam Krause’s Gags at Cinepocalypse 2018.

In what was arguably one of the most brilliant guerrilla marketing stunts of all time, the exceedingly clever Krause generated buzz for his short film Gags by hiring an actor to dress as a clown and creep around the streets of Green Bay at night. He launched a Facebook page that included a series of grainy photos and “official” sightings of the mysterious and undeniably creepy clown. 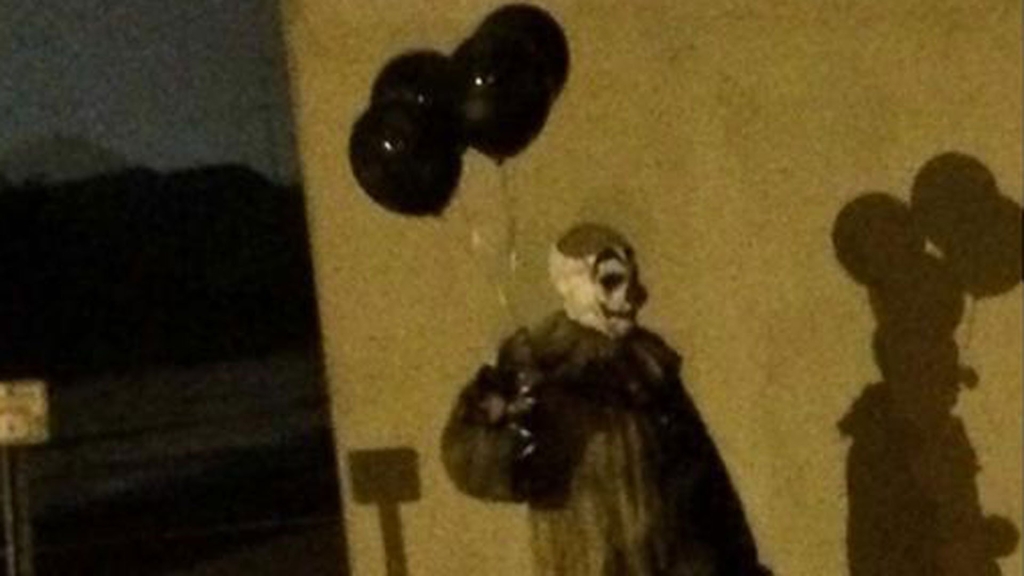 Krause says he was inspired to make the film from real-world headlines of people who dressed up like clowns and roamed city streets at night. He was fascinated by the reaction to these sightings — a mix of fear, excitement, extreme curiosity, and even outrage. The stunt worked better than he could have ever imagined, quickly generating more than 50,000 likes on the Gags the Clown Facebook page, while making headlines in Green Bay and throughout the country.

Krause incorporated the real world universe he created the first week his pics went viral into his film about a group of 20-somethings that go out one night in Green Bay to catch a glimpse of the clown the whole town is buzzing about.

Now, the filmmaker has developed his short into a feature film of the same name starring the always impressive Lauren Ashley Carter (Jug Face, Imitation Girl, The Mind’s Eye, Darling). And, if you’re thinking you’ve seen enough killer clown movies to know exactly what to expect with Gags, think again. 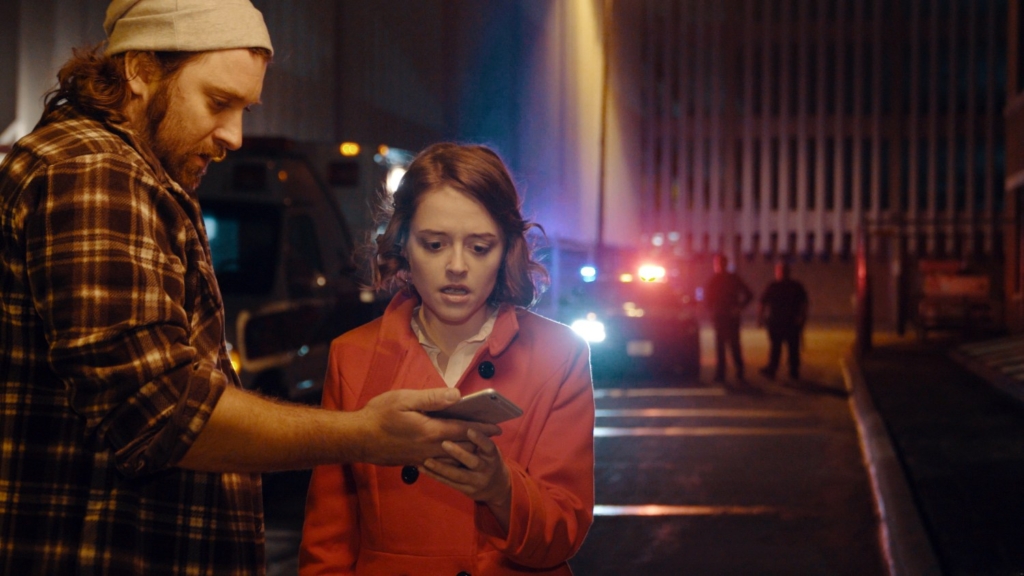 Krause makes the most of his brilliant marketing move by delivering a surprisingly new and innovative take on the increasingly saturated sub-genre.

Gags takes place over the course of one night in Green Bay, Wisconsin. A series of sightings of a mysterious clown roaming the streets at night has the city in an uproar. It’s not clear if this is just a harmless prank or something more threatening. While many lock their doors in fear, others hit the streets to catch a glimpse of ‘Gags the Clown’.

Among those intent on catching up with the clown, we meet a fame-hungry reporter (Carter) begrudgingly assigned to cover her station’s “Gags Watch”, a couple of police offers responding to an onslaught of bogus clown sightings, a group of bored teens looking to capitalize on the town’s fear, and the host of a popular extreme right-wing podcast trying to gain ratings by promoting his own brand of vigilante justice. 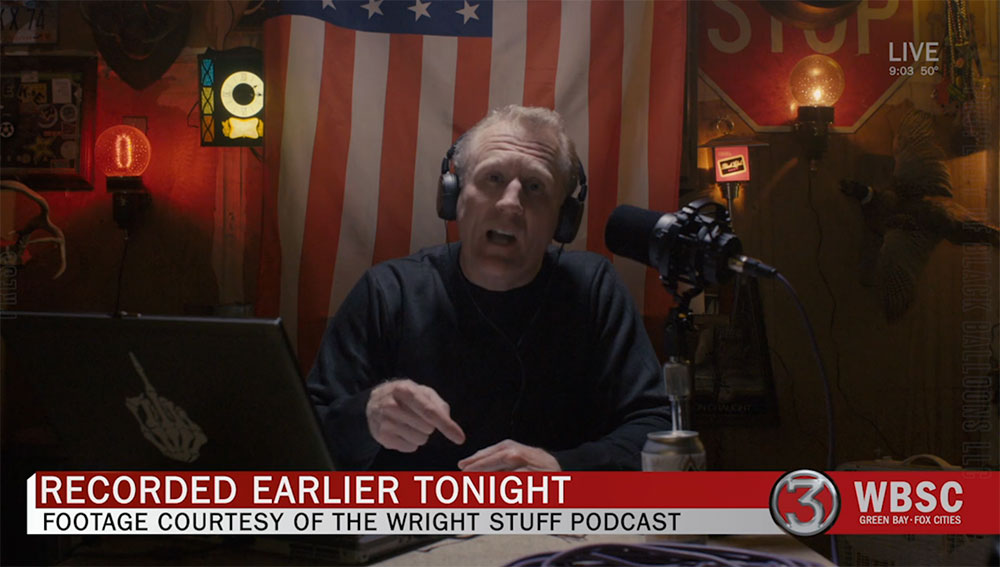 The events of the night, as shown through these four unique perspectives, unfold in a mix of narrative style shots combined with found footage from police body and security cameras, as well as live tape from the podcast video and news coverage.

The film starts and ends with a bang, remaining engrossing and entertaining throughout its entire 90-minute runtime.

As expected, Lauren Ashley Carter delivers another captivating performance. With her amazingly expressive eyes and her biting wit, she’s an absolute joy to watch and the real anchor of the film. Aaron Christensen is another standout as the gun-obsessed, ex-military podcast host who manages to elicit both disgust and sympathy throughout the film. 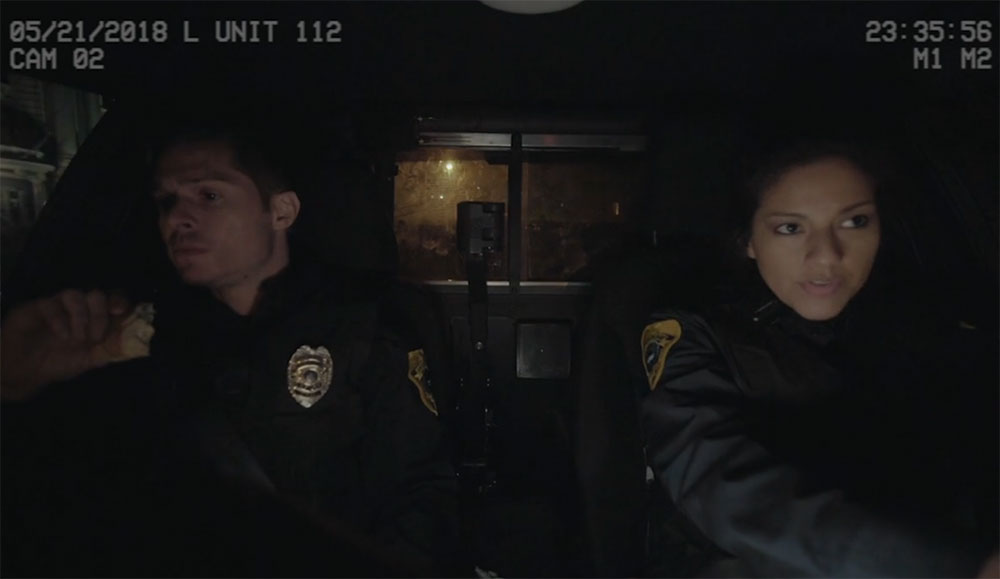 Appropriately, a film about a killer clown named ‘Gags’ is as darkly funny as it is scary, with a bit of self-referential humor and clever satire aimed squarely at our media-obsessed culture — taking shots at everything from the 24-hour sensationalized news cycle, to political podcasters who gain fame by fueling hate and hostility, to the YouTubers desperate for the next big viral video.

However, Gags himself (played by Eric Heuvelman) is far from funny. A truly unsettling presence whenever he’s on screen, he’s effectively creepy and menacing without ever uttering a word. A surprising supernatural twist, along with Gags’ unique way of dispatching his victims, makes this a refreshing change of pace from your typical slasher fare. 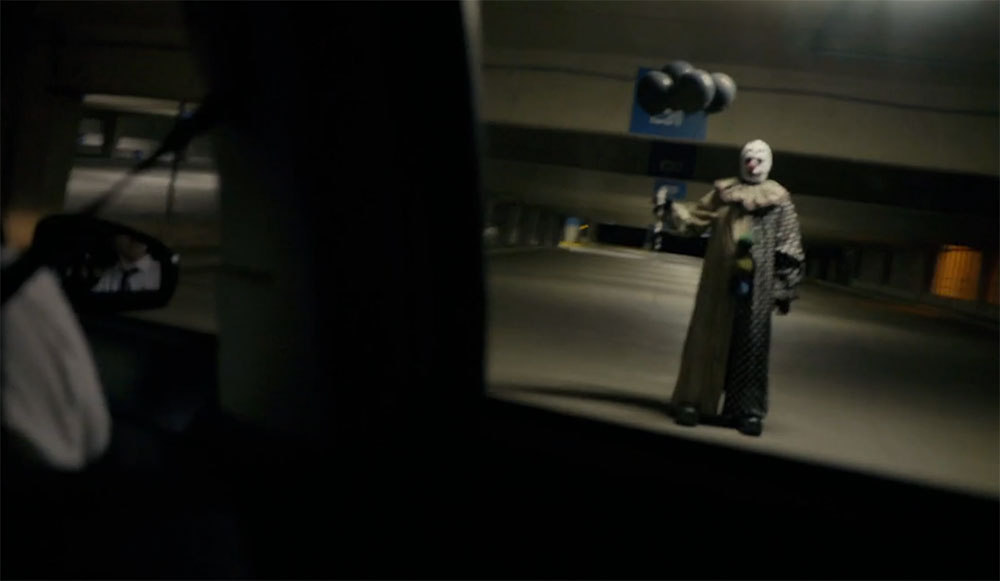 Whereas so many promising films seem to fall up in the final act, Gags does a great job building to a thrilling and satisfying conclusion — ending on both an extremely funny and wonderfully disturbing high note.

Admittedly, I went into my viewing of Gags really wanting to love this film. Thankfully, I was not disappointed. Adam Krause makes an impressive feature film debut that manages to live up to the hype generated from his ingenious viral campaign.

Check out the trailer for Krause’s 2016 short film Gags below that the 2018 feature film is based on.