“Don’t Look Back” promises another dose of killer, karmic justice, but the fun and thrills get lost in a convoluted plot and a clunky message.

Writer/director Jeffrey Reddick, the creator of the Final Destination franchise, presents us with yet another death stalking thrill ride, this time involving a darker aspect of karma. The premise is simple and frightening: no one escapes paying for one’s actions.

Don’t Look Back has a similar feel to its predecessor, Final Destination. But it also carries familiar notes from Number 23 in the way patterns and numbers are repeated throughout the film.

Doubling as a social commentary, the plot draws allusions to the parable of ‘The Good Samaritan.’ Early on, the audience is referred to bystanders who observe violent events and who, rather than choosing to make a difference, opt to do nothing. The viewer acknowledges these complacent witnesses must serve penance for not having stepped forward to offer assistance — especially knowing that their action during these tragic events would have likely altered the outcome.

The film focuses on the trauma endured by Caitlin (Kourtney Bell), who, nine months prior, witnessed the murder of her father during a home invasion; a tragic event that almost claimed her life as well. 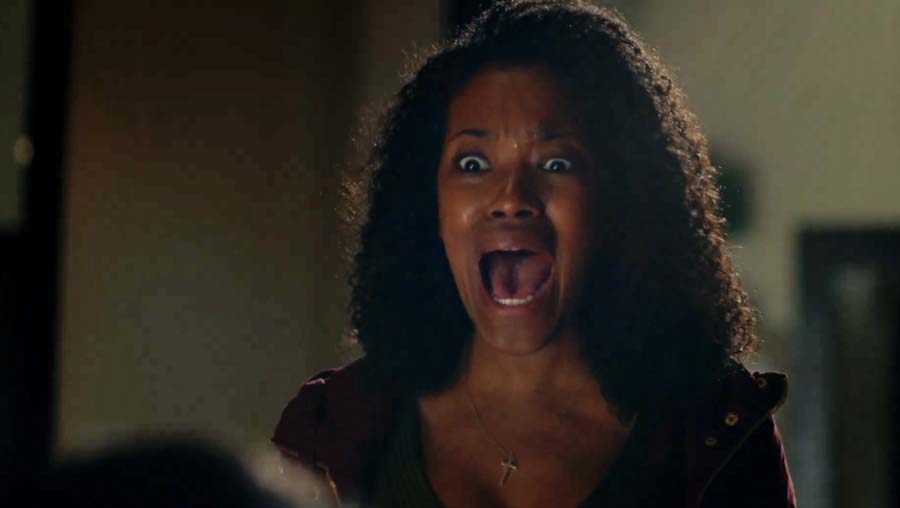 She is undergoing psychiatric treatment as a result. And she is making progress — until she watches a stranger get beaten to death in front of her while out for a jog. Caitlin is one of several witnesses, and no one tries to intervene. One couple just walks away. Another man even decides to record the tragic event instead of calling for help.

Afterwards, at the police station, we hear snippets of each of the witnesses attempting to defend their inaction. Everyone is more concerned with clearing their own name than with showing true concern for the victim. The horrible crime sets off a media frenzy and leads to public outcry and anger aimed squarely at the apathetic witnesses. One of them dies under mysterious circumstances. Then the victim’s brother, Lucas (Will Stout) releases the name of the witnesses to the public. When yet another one dies, Caitlin makes it her mission to figure out who — or what — is behind the deaths before she becomes the next victim.

Racked with guilt, Caitlin starts hearing and seeing strange things. During her investigation, we gradually learn more about the victim, Douglas Helton, and his brother Lucas. Meanwhile, Caitlin’s search for answers becomes so intrusive that the detective assigned to the case, Detective Boyd (Jeremy Holm), tells her to stay away from the other witnesses — becoming further suspicious when people keep inexplicably dying all around her. 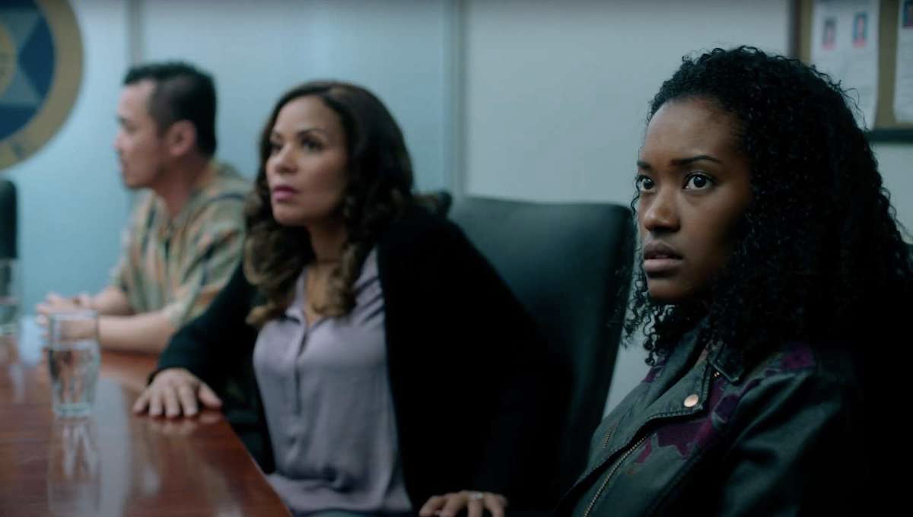 Throughout the film, we’re presented with several mysteries: Is Caitlin suffering from paranoia? Are the events of the film a psychotic break? Are there supernatural elements at play?

There is also a recurring theme involving the number twenty-seven and the symbology of the crow, a bringer of death. Later, we’re pulled into another subplot when the other eyewitnesses are killed off. Although these aspects open up other avenues of interest, they also muddle the story.

In a feature that attempts to move at a steady pace, too many components become confusing and can cause the viewer to disengage. Unfortunately, the film’s incorporation of multiple genres does not work in its favor. Instead, the whole thing ends up becoming a rather convoluted mess. Its message is also preachy and heavy handed.

As for the horror aspects, fans of Final Destination may be disappointed. While there are a few frights and some tense moments, there’s none of the creativity and wow factor of those famous Final Destination death scenes. Also missing is most of that film’s energy and excitement.

With that said, it was interesting to see Reddick’s first-time directorial effort. He’s proven he knows how to deliver chills and wildly entertaining thrills. While this one was a bit of a misfire, it’s worth a watch for fans of Final Destination. And I continue to remain excited to see what Reddick does next.