October is National Domestic Violence Awareness Month, so we explore the films responsible for bringing the term “gaslighting” into popular discourse.

Individuals who have never suffered at the hands of an abuser often wonder how it’s possible for someone to find themselves in a situation where they are perpetually physically or emotionally victimized by another person. One of the reasons is the cunning and cruel way abusers have learned to manipulate their victims into thinking they have no other options or, worse yet, that they play an important role in their own abuse.

Gaslighting is a form of psychological manipulation in which a person secretly sows seeds of doubt in another person, making them question their own memory, perception, or judgment.

This often results in that person experiencing a significant loss of self-esteem and perceived self-worth, making them easier to control — and causing them to feel responsible for, or deserving of, abuse and mistreatment. Using denial, misdirection, contradiction, and misinformation, gaslighting involves attempts to shake the foundation of the victim’s beliefs. This can include denials from the perpetrator that the abuse ever occurred at all, as well as belittling the victim’s emotions and feelings regarding this maltreatment.

The highly successful play was adapted into two feature films, one in 1940 and one in 1944, both titled Gaslight. 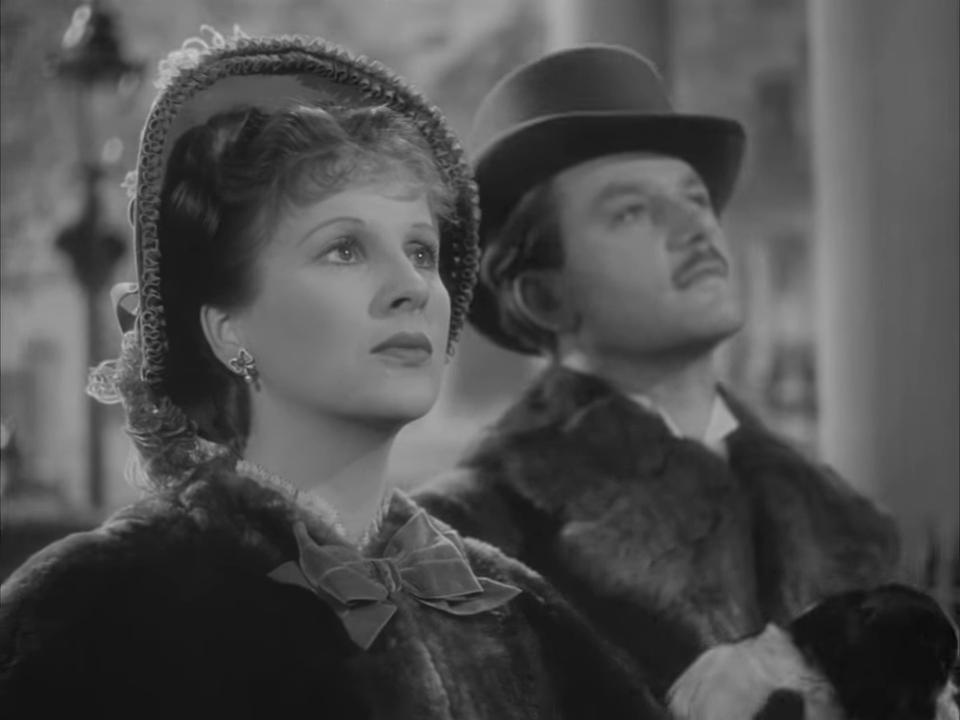 The film was first adapted for cinema by leading British director Thorold Dickinson. Four years later, MGM’s big-budget remake followed. Strangely, the studio attempted to gaslight audiences by trying to pretend that the British film never existed. MGM tried to destroy all prints, and the original Gaslight only survived because Dickinson had the foresight to make a personal copy.

In both films, a wife is trapped alone in a Gothic house in Victorian London, kept far from friends or family. A murder took place in the house years ago, with a woman being killed for her jewels. But her attacker failed to find the gems and went away empty-handed. Now the house is haunted by the memory of that crime.Every evening the gas lights dim, but is it really her sanity slowly slipping away? Her seemingly  attentive husband claims she is showing signs of mental illness. However, it becomes increasingly apparent that he is the one driving her to a breakdown.

1940’s Gaslight (released in the United States as Angel Street) is a psychological thriller which stars Anton Walbrook and Diana Wynyard. This version adheres much more closely to the play it was based on than the 1944 remake.

Set in London, Alice Barlow (Marie Wright) is murdered by an unknown man, who then ransacks her house, looking for her valuable rubies. The house remains empty for many years, until newlyweds Paul and Bella Mallen move in. Bella (Diana Wynyard) soon finds herself misplacing small objects. Before long, her husband Paul (Anton Walbrook) has her believing she is losing her mind. The title is a reference to the gas lamps that Paul lights to help him search the closed-off upper floors. When he does this, it causes the rest of the lamps in the house to dim slightly. When Bella notices and brings this up with Paul, he convinces her she is just imagining things.

The gas lights become representative of the larger pattern of deception which Bella is subjected to. 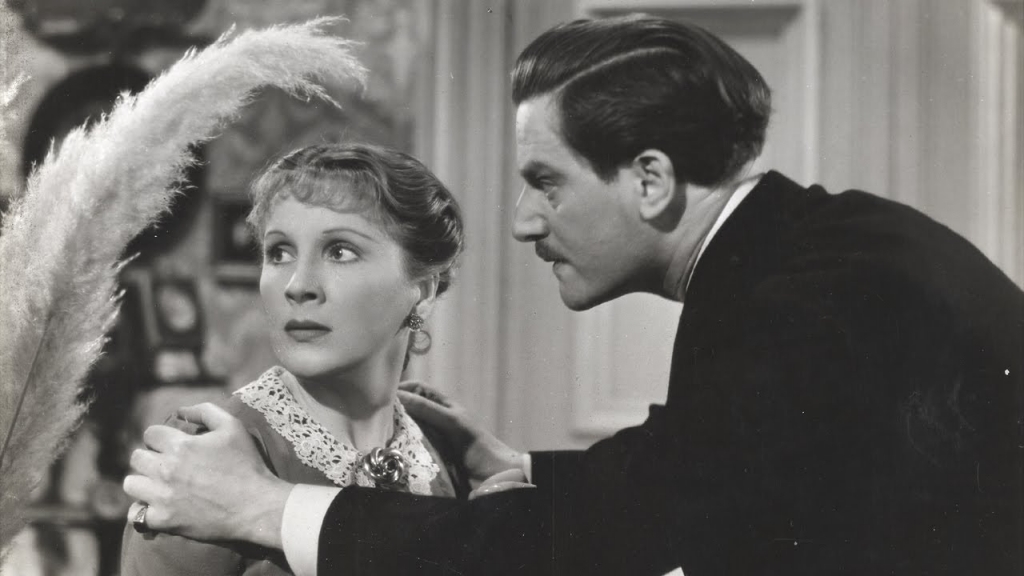 The man she has married is actually a bigamist, an adulterer, a murderer with an assumed identity, and a master manipulator who would have successfully had Bella committed were it not for the intervention of a former detective (Frank Pettingelli).

The 1944 version was directed by George Cukor and starred Ingrid Bergman, Charles Boyer, Joseph Cotten, and 18-year-old Angela Lansbury in an Oscar-nominated screen debut (Supporting Actress). It had a larger scale and budget than the earlier film, and it features numerous deviations from the original stage play. Yet, the central drama remains that of a husband trying to drive his wife insane in order to distract her from his criminal activities. The film garnered seven Academy Award nominations, including Best Picture, Best Actor, and Best Screenplay. It won for the coveted statue in the category of Best Actress (Bergman) and Best Production Design.

Leaner and nastier than in its American counterpart, 1940’s Gaslight wastes no time creating a very dark and unsettling tone. It opens by showing us the brutal murder of an old woman, Alice Barlow.

In contrast, the 1944 remake opens on our star, a young Paula Alquist (Ingrid Bergman) as she is being taken away from her home at No.9 Thornton Square in London. Her aunt, a world-famous opera singer named Alice Alquist, has just been murdered. The perpetrator left without the valuable jewels he was willing to kill for, having been interrupted by fourteen-year-old Paula. After Alice’s murder, Paula is sent to Italy to train to become an  opera singer herself.

Years later, an adult Paula meets and marries Gregory Anton (Charles Boyers) after a two-week-long whirlwind romance, happy to give up her singing career to become Mrs. Anton. In his first act of psychological manipulation, Gregory persuades Paula to move back to London, into the long-vacant home of her deceased aunt — the source of her deep-seated trauma and fear of love and happiness. To help calm her anxiety of Alice’s violent murder, Paul insists they move all of Alice’s belongings into the attic.

The 1944 version takes more time getting to the worst of the malicious mind games, allowing for greater character development and establishing the happy couple before things take a darker turn. 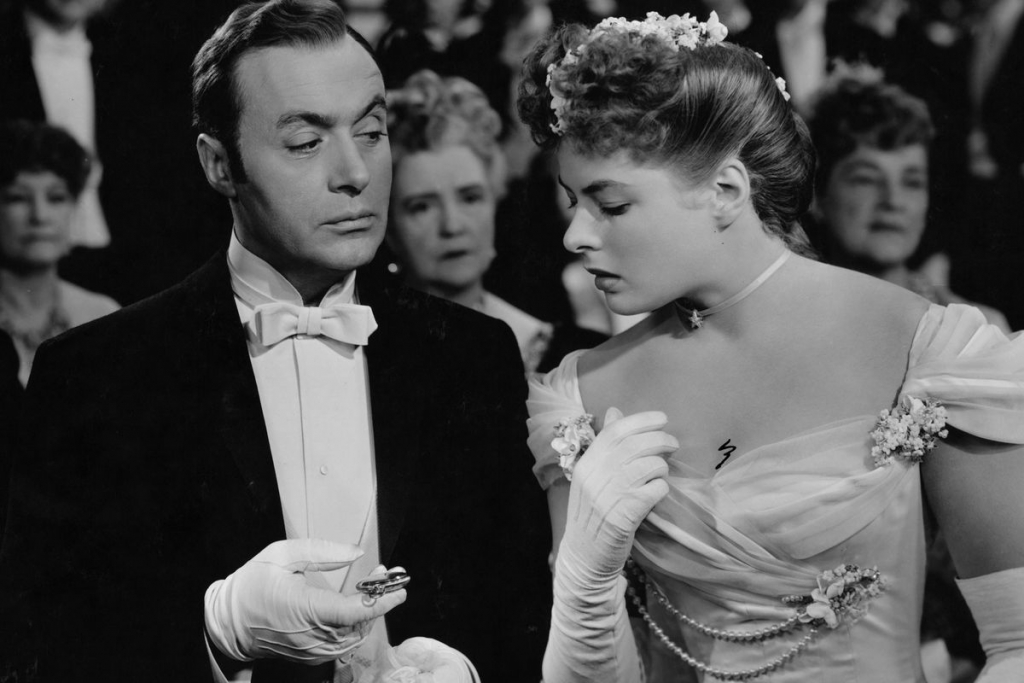 Taking time to establish Paula as a damaged woman terrified that any moment of happiness will eventually lead to heartbreak makes the subsequent abuse at the hands of Gregory that much more sinister and upsetting. It also sets up her vulnerability early on, making it easier for Gregory to bend her will to his own.

With more backstory and a longer opening, we are shown the possible trajectory of Paula’s life had it not been for her ill-fated union with Gregory. She was on track to becoming a renowned singer like her aunt, a great beauty who Paula strongly resembles. We see her falling under Gregory’s spell, and Boyer’s dashing good looks and charm make it easy to see why Paula is so quick to give up everything to be with him. Unlike the 1940 version, we are privy to the couple’s cou