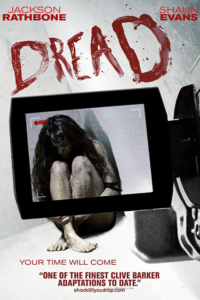 After the re-editing evisceration and marketing trainwreck that turned his 1990 film Nightbreed into a heartbreaking disappointment, Clive Barker swore he would never make another movie.

He stuck to this, and operated mainly as a horror/dark fantasy novelist and painter for well over 25 years. But in 2008, he produced a film based on one of his short stories, Midnight Meat Train. It was an unexpected hit (featuring one of the most imaginative decapitations ever, I think), and encouraged him to return to filmmaking. In 2009 he produced Book of Blood and Dread, both sourced (along with Midnight Meat Train) from his short story collections The Books of Blood. 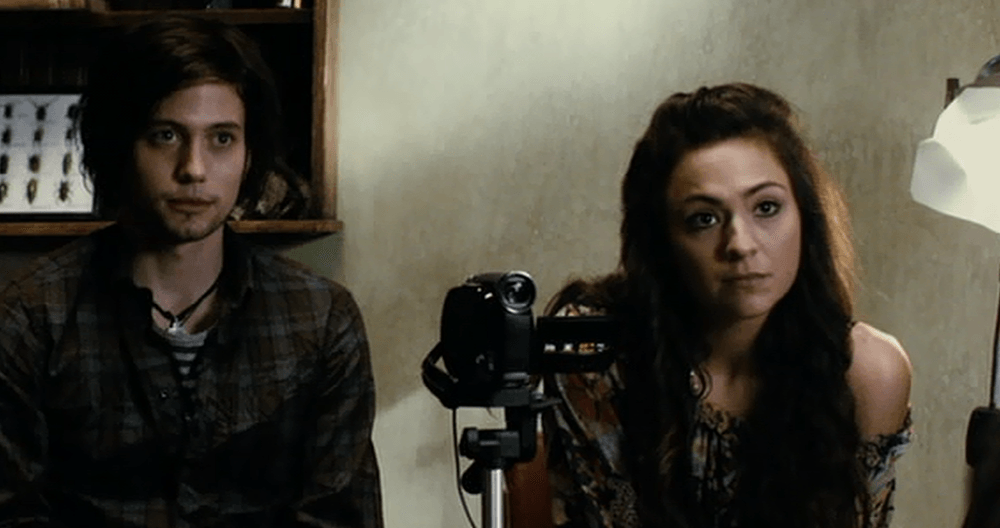 Although he didn’t direct any of the three comeback movies, he produced all of them, and was heavily involved in their creative processes. Barker’s exquisite, fleshy, nerve-exposed nightmares breathe bloody sweat right off the pages of his books, and a similar unearthly, serpentine fluid stains his movies as well.  The recurring theme of mirroring beauty and desire with the grotesque and vile is ever-present.

It’s easy to tell these three movies came from Clive Barker, and he is all over the DVD extras on Dread: interviews, featurettes, and he even shares the commentary with director Anthony DiBlasi. It’s quite fascinating to hear him reflect on his work, as well as critique and discuss the film with DiBlasi.

If you have any reservations that this film doesn’t have the Barker stamp of approval on it, cancel them immediately.

As with many film adaptations, there are some tremendous differences between the movie and the source story. Laura Donnelly’s character “Abby” is not in the short story, but OHMYGAWD I am 1000% ok with that. I love the character, and I am in love with her as well. Her deep sadness, anxiety, and damage break my heart. A great performance from Laura Donnelly.

And what happens to her in this movie . . . oh it’s borderline unfathomable! She is sweet twisted candy for my inner-empath. I think that’s a big part of why this movie affected me so much: I submerged myself into the lives and minds of the characters. I try to do that with every horror movie I watch. It makes the horror and suspense feel a little more dangerous.

Some have called Dread “pretentious”, but honestly, saying movies are pretentious has itself become extremely pretentious.

In Dread, film student and nice, quiet, shy guy Stephen meets enigmatic, instantly-likable psychic vampire Quaid outside a nighttime philosophy class. They share a cigarette and wax philosophic about how lame it is to wax philosophic about everything. Quaid offers to help Stephen with his senior thesis, which is obviously a student film.

Quaid suggests doing a “fear study”, which entails on-camera interviews with volunteers who open-up about the things that really freeze their guts when they close their eyes. With a handful of exceptions, they get very predicable results. Quaid’s disappointment and tantrums begin to reveal there is something very wrong with him. 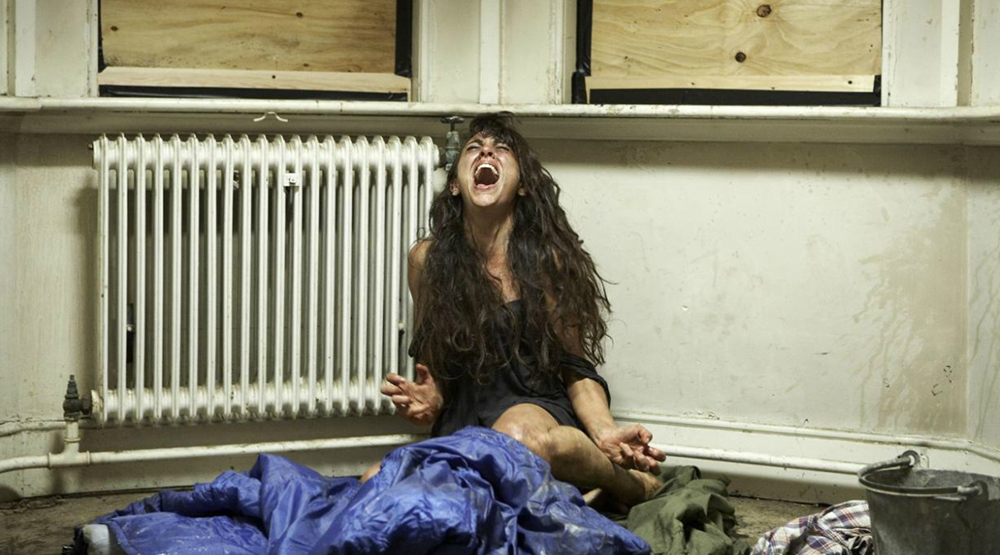 And then, to shake the project up a bit, film editor and Stephen’s close friend Cheryl volunteers for an interview. Stephen is shocked and visibly sickened by her story, but Quaid is thrilled, gleefully jumping out of his chair and exclaiming “that’s what we need, honest-to-god TRAUMA!”  However, as you may have guessed, Quaid has his own chair-leaping trauma, and the scars that it left in his mind have not healed well.

From that point on, he makes life for Stephen, Cheryl, and Abby emotionally turbulent and ultimately tragic. He destroys these people meticulously and completely. Sociopathic and sick beyond words, he knocks over the first domino, and watches like a mad scientist as one after the other tip over, even occasionally pushing them a little to make them fall faster.

The things he puts Abby and Cheryl through are appalling. Psychological cruelty beyond anything I could have possibly imagined. I am in awe of the twisted genius of Clive Barker and Anthony DiBlasi. I’m leaving out the gory details intentionally, because part of the power of Dread are the twists and sheer “WTF” moments.

It’s a devastating movie. There are psychological atrocities in this movie that very few people would (or could) carry out. And the scariest thing is, we all know people who could turn out to be just like Quaid.

WARNING:  AVOID THE TRAILER.  STAY FAR AWAY FROM IT!  It gives away what happens to Cheryl and Stephen.

WANT A SECOND TAKE? CLICK HERE TO READ AN ALTERNATE REVIEW OF DREAD.