“Hypochondriac” is a personal, utterly frightening, and engrossing thriller — showcasing enormous talent in front of and behind the camera. 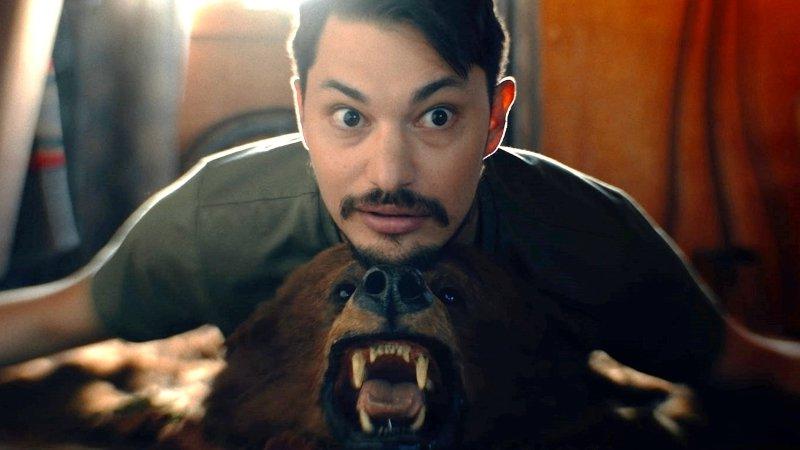 Hypochondriac is a psychological thriller that plays with audience expectations.

Will (Zach Villa) is a gay Hispanic potter who lives a comfortable life. But everything changes when his bipolar mother re-enters his life. It is not long before Will begins questioning his own past.

Writer-director Addison Heimann’s debut is a brave choice as he pulled from personal experiences to craft the story. This gives Hypochondriac a genuine feel that is not always found in films that touch on mental health. The film is not merely addressing the issue, it is taking on the subject head-on.

The flip side is Hypochondriac takes on an almost clinical feel at times.

It is because Heimann comes from a place of experience that the story rings so authentic, but it also leads to an honest depiction that has a documentary feel to it. This is not a bad thing per se, but it does take away from the immersion.

This is in line with how mental health is treated in genre films today. The theme has been a popular one for decades, but it is only in recent years that the actual effects have been shown.

In the past, horror has been content to use metaphors and in-your-face violence. Hypochondriac does eventually reach those moments, but not before building to them.

It is a testament to Heimann’s writing ability with how comfortable Hypochondriac makes the audience feel.

Even after Will’s mother enters the picture, there are some lighthearted moments that will fool people into thinking the film is as much comedy as horror.

In what ends up being a running theme, things become much darker and more frightening.

If a person in a wolf costume (think Donnie Darko, but not as inviting) is not enough to frighten, then the scenes of near-body horror should end up doing the trick. Things never go full Cronenberg — the budget probably did not allow it and besides, this is not that type of story — but there is enough here to make those who are more squeamish feel uncomfortable.

Most frightening of all is the story that is being told. Each hallucination becomes more visceral and in turn, more terrifying.

Villa may well be the highlight of the movie.

Will is a complicated character that requires being perfectly happy to downright mean. It is a powerhouse performance that never veers into caricature. Still, there are moments where Villa takes over the scene and drowns out the message.

Heimann does as great a job with the camera as with the script.

Hypochondriac uses visual storytelling to heighten its fear and paranoia.

There are quick cuts and off-kilter shots that will place audiences in Will’s head. Many of the normal tricks of the genre trade are here, but they never feel tired.

The film serves a dual purpose for Heimann.

Due to its autobiographical nature, it is raw and unflinching. There is a sense of catharsis here.

HYPOCHONDRIAC is also a coming-out party. The movie is an announcement that showcases Heimann’s talent and creativity and is hopefully just a precursor of more to come.