Reel Review: I Am Alone (Monster)

Although flawed, “I Am Alone” offers a unique, original take on the drudged found footage style — and not just your typical run of the mill zombie film. The hair on the back of your neck begins to spike, stabbing at you like a sharpened blade. You become lethargic and drowsy, unaware of the condition you’re in. Something’s not right, but you can’t quite put your finger on it. You try to make sense of it all, as the transformation slowly fades in.

Zombies are all the rage in pop culture over the last decade, escorting numerous films and television shows. With so many trying to cash in on the hoopla, it’s no surprise the subject of affection has begun to take a hit.

Currently in a downfall, there are still those who continue to produce quality films, attempting to resurge and resurrect the nearly dried up category.

I Am Alone is a 2015 zombie film, directed and written by Robert A. Palmer. The film stars Gareth David-Lloyd, Gunner Wright, Katy Bodenhamer and Marshal Hilton as Dr. Marlow. The CDC has acquired footage linked to a virus outbreak, which spreads through the populace, turning residents in a small Colorado town into flesh craving zombies. Isolated and alone, we join television host and survivalist Jacob Fits (Gareth David-Lloyd), as he films his newest episode for his hit tv show, “I Am Alone”. As night engulfs the daylight, Fits encounters a strange man who attacks him, sending him into a downward whirlwind.

As Fits’ producer Adam Levine (Rory Zacher) and Cameraman Mason Riley (Gunner Wright) head into town to conduct interviews with residents, the CDC scoops up Riley for questioning. With newly confiscated footage, they rifle through their findings in a dire attempt to find a cure. Fighting against the clock, will the CDC have what it takes to stop the virus in time before it infects the globe? 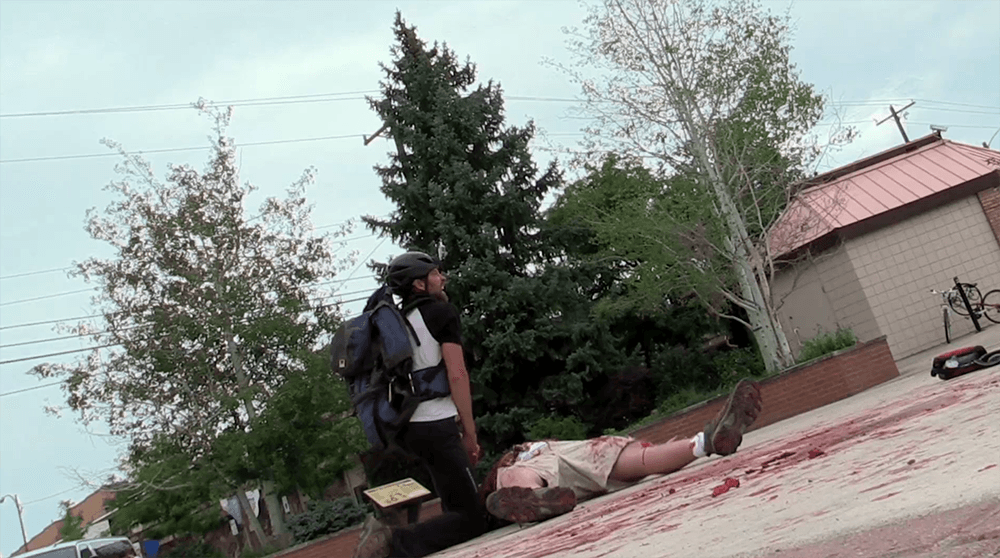 Over the years, I’ve been known to say that there are instances of genius is every horror film. No matter how bad the film might be, there’s usually at least one part worth watching, which strikes a match in the back of your mind. The film might appear to be utter garbage, yet the potential is always afloat. This is the dimension where I Am Alone lies.

Being a huge zombie fan, I found this film to be a bit rugged around the edges and a struggle to watch at times. However, there were some moments in the film that seemed to glow, gorging itself on its evident potential — though these parts were few and far between. 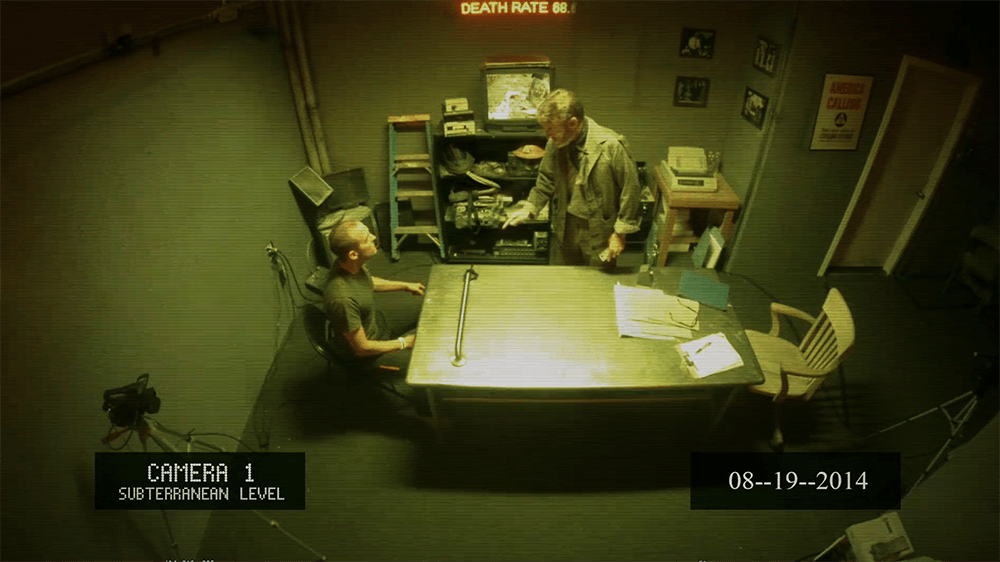 I did enjoy the different direction the film took though, and the concept it was trying to accomplish, but the outcome wasn’t as impressive as I wanted it to be. I think there were too many misfires during production, which in turn hurt the film in the long run. The acting was very choppy and dicey throughout, although at certain times it did find its intended mark. For the majority, it felt as if the actors had a hard time embodying their characters. Certain reactions and emotions seemed out of place, which is most likely due in part to not fully understanding the course or the direction those said characters were headed.

On the positive side, the film contained some beautifully displayed tapestry and an invoking story.

It was almost as if they didn’t know how to end the film, as it just sort of tapered off, never giving you the closure you were expecting. It was like filling up on an appetizer and not being able to enjoy the rest of the meal. The sets were decent and the lighting and sound were great. On the other hand, the gore was kind of just meh, in my opinion. My only real problem I had with I Am Alone, is that it had the potential to be one hell of a film.

Yet, without a strict, stern approach, the film faltered, and to me, fell flat. I really dug the concept and attempt, yet I was left with an empty feeling by the time the credits rolled. However, one of the things I really liked about this film, was the use of cameras and angles. Using different affixed camera positions, in the isolated room and the hand held and helmet cameras, was an inventive style of the found footage technique. It was nice to see a varying play on the subjective method. I give this film 1 out of 3 scratches for its potential and great camera work.

In the end, I feel this film is worth a watch. If for nothing else, for its amazing camera usage and new outlook on both the zombie and found footage categories. This film isn’t for everyone, but if you’re a diehard zombie fan and enjoying seeing everything zombie films have to offer, give this new breed of film a turn.