Ending October with a flash of brilliance, Netflix’s “Hypnotic” is a heady film that, against all odds, also manages to be incredibly fun. 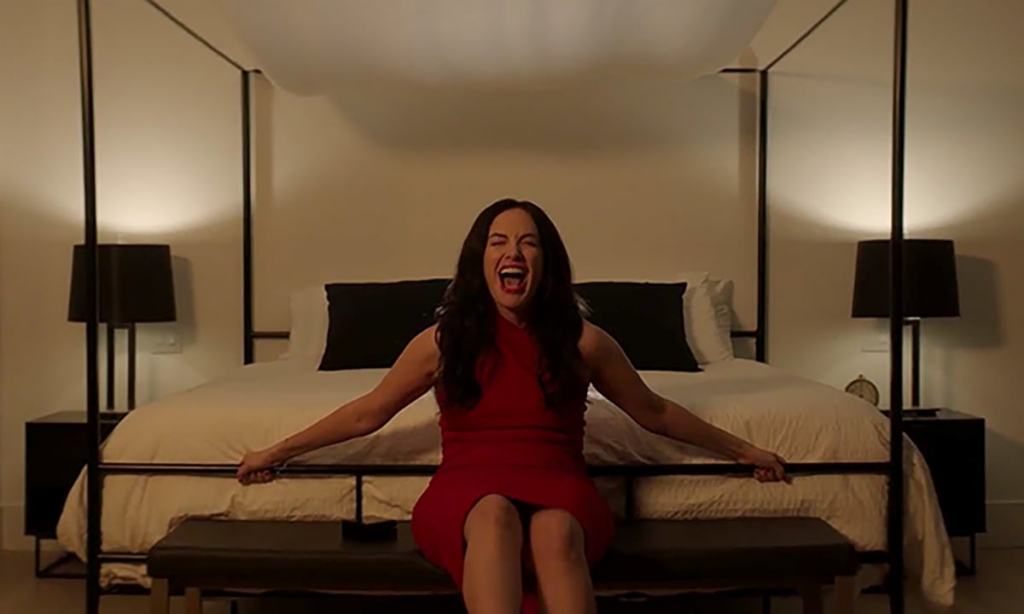 Some day someone will write a thesis on the cultural significance of the sane woman the world thinks is mad in horror stories. It is a theme we see again and again — a woman is thrust into improbable and unreasonable circumstances and absolutely no one believes her.

Hypnotic — the latest and final entry in Netflix’s “and chill” series” — seems, initially, to be headed in that same narrative direction.

However, in a refreshing subversion, the movie abandons that notion quickly and becomes a rumination on the horror of losing control of your own body and mind.

Jenn is introduced in-arguably-the most relatable way imaginable; arriving late at a party without a bottle of wine (she had bought one but she drank it). Gina, the hostess (and clearly Jenn’s best friend), introduces Jenn to her therapist, Dr, Meade. Because the movie is called Hypnotic, we can safely assume that Dr. Meade is going to be trouble, well before we see his tentative-at-best commitment to the Hippocratic Oath.

His interest in Jenn is immediately beyond professional, but Gina still pushes her friend to book an appointment.

Dr. Meade is quick to assure Jenn that he can help her; has she heard of a fun little cure-all called hypnosis? 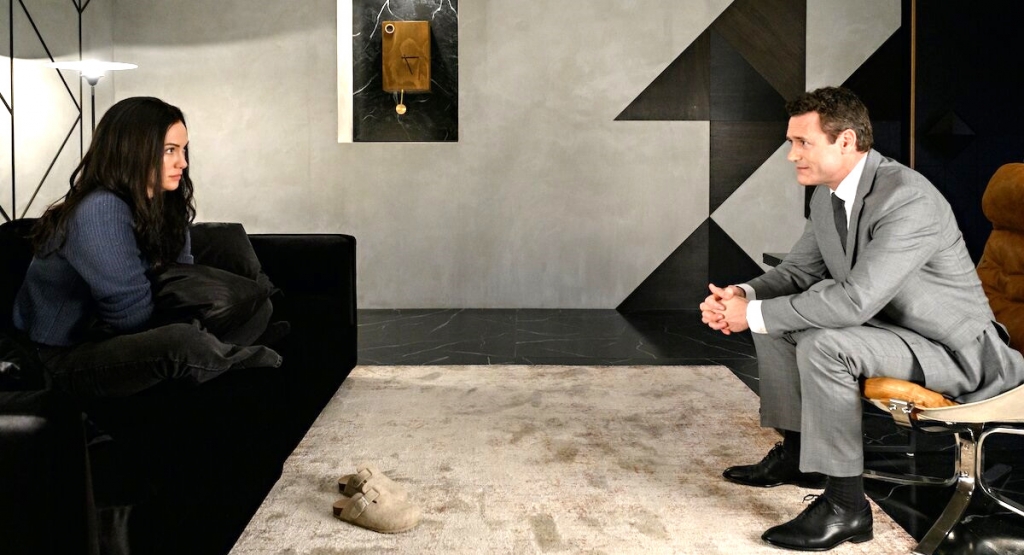 Ex-fiance issues? Hypnosis! Miscarriage got you down? Hypnotize it away! No job, no focus? Have I got a hypnosis for you.

When Jenn runs into Dr. Meade at the mall, he offers to buy her a cup of coffee, and they flirt their way through a pleasant afternoon.

He reveals that his beloved wife died some time ago, the first crumb of personal information he offers. He also suggests that Jenn invite Brian, the ex-fiance, over for dinner, to tell him why she feels like she doesn’t want to see him anymore.

Jenn goes to the store to get the components for an impromptu awkward ex-dinner, and blacks out in the parking lot. When she comes to, time has clearly elapsed, though she has no memory of it. Brian is unconscious on the bathroom floor, having suffered a catastrophic allergic reaction to a sesame oil allergy Jenn is acutely aware of.  Jenn is haunted by the blackout and begins to do some research into her therapist.

She discovers that a woman (who bears a more than passing resemblance to Jenn) took out a restraining order against him briefly before she died. Eventually, Jenn recruits Gina and grizzled detective, Wade Rollins, into her investigation.

To say any more would be to ruin the high-camp fun of Hypnotic. 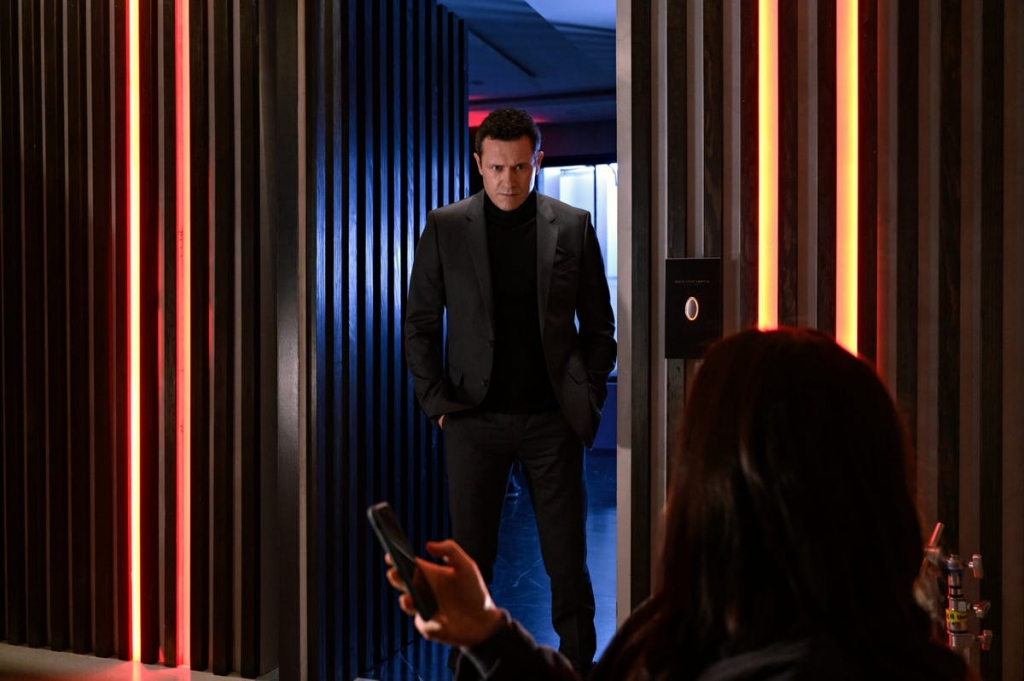 This is a movie where doctor-patient confidentiality means nothing; where detectives are super comfortable telling civilians anything at all they want to hear.

It is not, in short, the real world. Nor does it claim to be.

It is a little reminiscent of this year’s Malignant, in that the movie keeps raising the stakes, but always with what feels like half a wink at the audience.

The pacing is perfect. It does not take long for Jenn to convince Gina that Dr. Meade is up to no good, and honestly, thank god. There is merit and value to exploring the complicated nature of how and when the world chooses to believe women — and the horror of the isolation and loneliness that results when we decide not to. Those stories have power and impact, but they are not necessarily terribly fun to watch.

And though individual mileage will, inevitably vary, I was more compelled by the story Hypnotic opted to tell instead.

Horror, as any true fan will tell you, is inherently political. 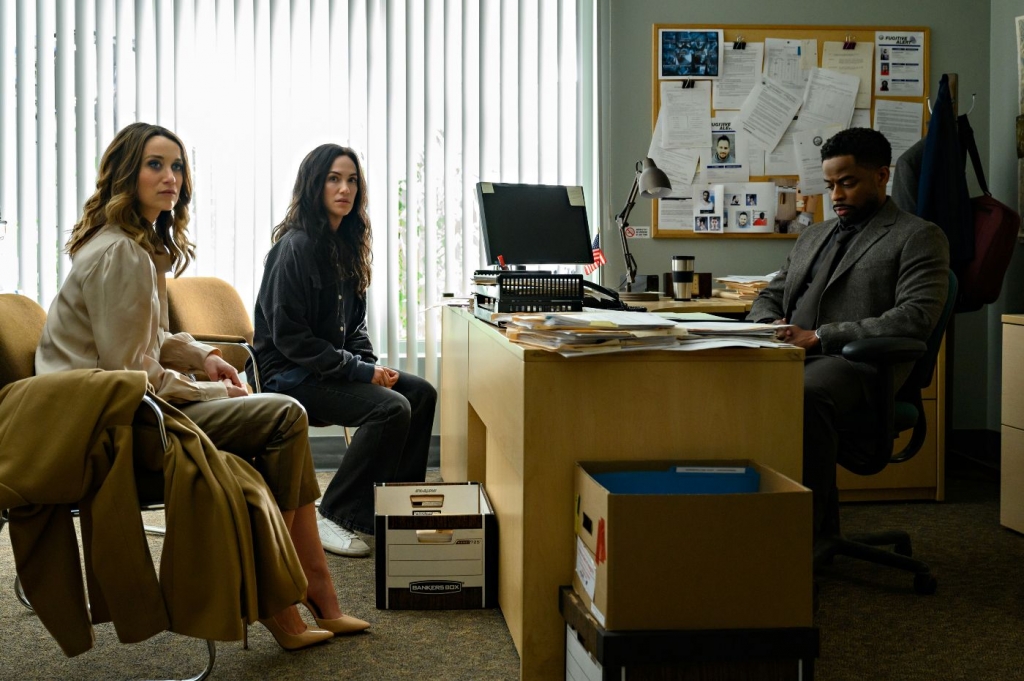 I can at best speculate as to whether or not the film-making team behind Hypnotic set out to create a pretty fascinating parable about the ways men control women’s narrative, but it would genuinely shock me to learn the intent was not there.

Meade makes decisions for Jenn, and he manipulates her into executing his own vision of what is best for her.  Hypnotic is a sort of dark, funhouse mirror My Fair Lady or Pygmalion. Those stories are presented as aspirational, but what are they beyond a man shaping a woman into his ideal? Hypnotic is the same (though certainly more insidious).

Meade re-writes Jenn from the moment he meets her.

The movie is silly and absolutely crackers, but it also has certain, subtle moments that carry a  great deal of weight, the greatest of which is Meade calling Jenn “Jennifer”.

It’s a small, quiet thing, but she is introduced to him as Jenn.  Everyone else calls her Jenn. Meade immediately calls her “Jennifer”. He is already turning her into something different, and Jenn allowing this results in her ceding a certain amount of control.

So, we know that Hypnotic is kind of bonkers, smarter than it lets on, and at least a little political — but it’s also pretty funny in a number of places. 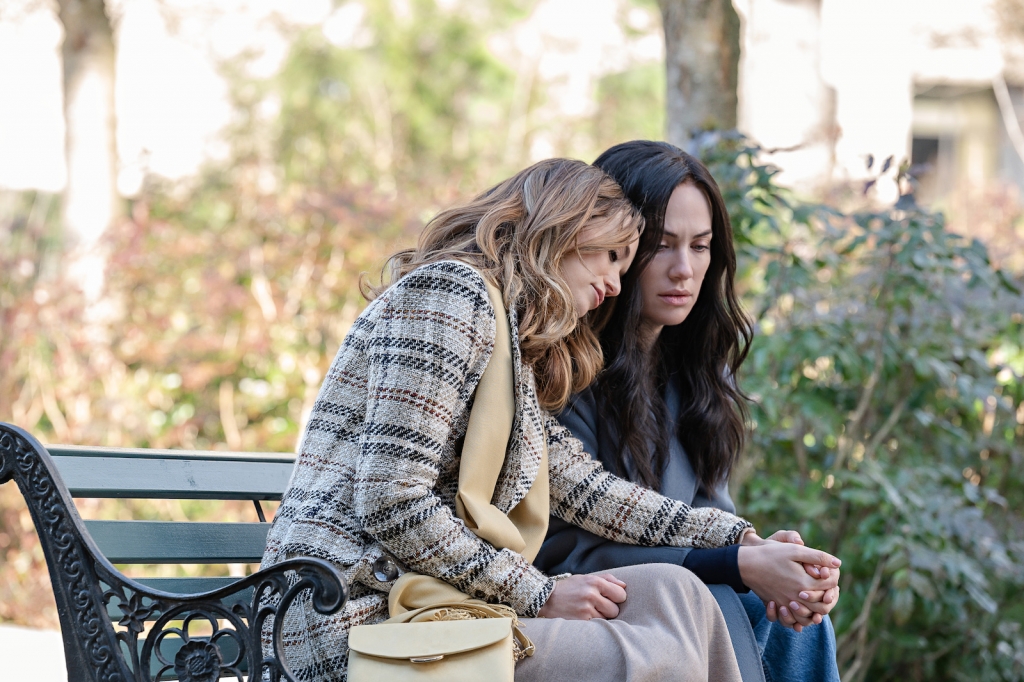 Credit for a great deal of that goes to Kate Siegel (full disclosure, this reviewer own