While the first half works better than the last, the female-driven “Inner Demon” is a solid showcase for both the director and the talented lead actress. 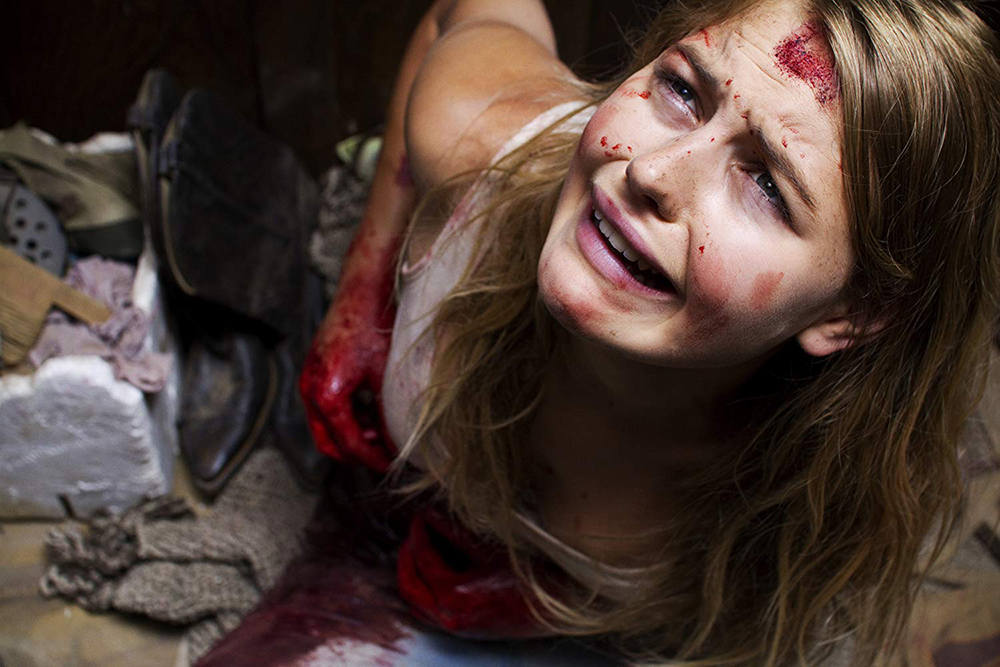 Ursula Dabrowsky proves that women can write, direct, and produce bloody horror just as good as the men!

Horror, once reserved as a men’s film genre, is still heavily male dominated. In fact, one in every five horror filmmakers are male. These numbers have not intimidated Australian writer, director, and producer, Sue Brown, who often uses the pseudonym Ursula Dabrowsky. Her 2014 release of Inner Demon is the second in her Indie Horror trilogy. Family Demons was the first (released in 2009), with the third, as yet untitled film, in development.

Inner Demon begins with Sam (Sarah Jeavons) home alone in a secluded part of Australia. As she babysits her little sister, a knock comes at the door. A woman asks to use the phone explaining that her car has broken down. Insert flashback to Strangers (2008). Sam is not falling for this scheme. But as she closes the door, she horrifically realizes someone is already in the house. 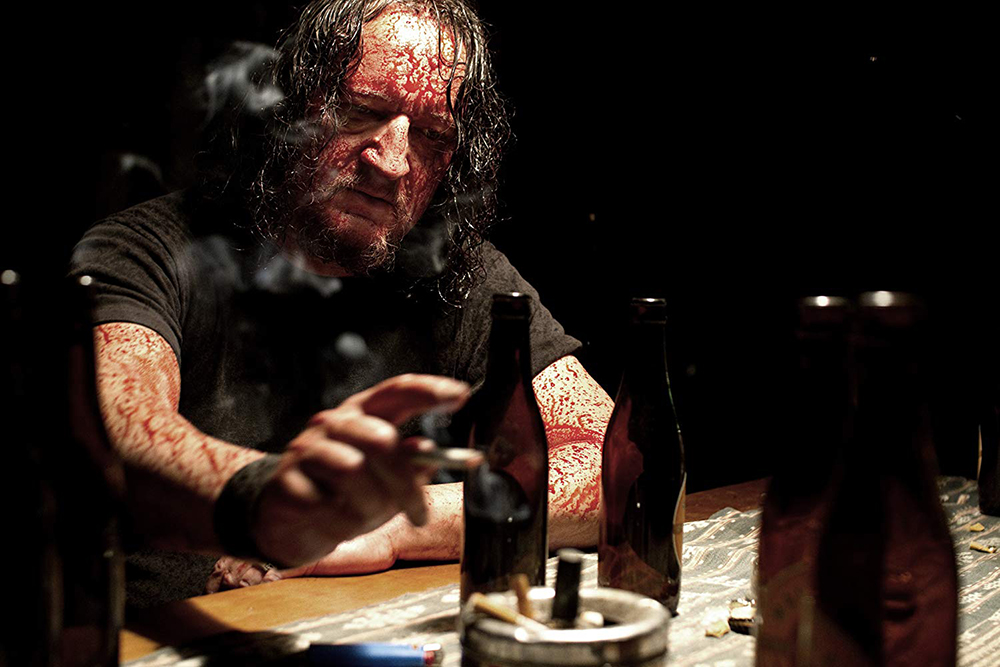 Sam’s attempt to hide from the intruders is short lived. Karl (Andreas Sobik) and Denise (Kerry Anne Reid) have done this before. They abduct and separate the sisters. We next see Sam as she awakens in the trunk of a car. This teen girl proves for the first, but not last time, that despite her pretty face she is resourceful and strong. Using her brain, unlike many female leads in horror movies, Sam becomes free from her abductors. However, she is not unscathed. As Sam runs through the woods, she struggles with a knife wound to the stomach.

The plot of a kidnapped girl fighting for survival in the woods along with the grainy, 70’s style cinematography, is reminiscent of the classic Last House on the Left (1972).

While I could only hope Sam was as close to home as Mari was, this was certainly not the case as she runs through the vast Australian outback. Searching the woodlands for anything, anyone, who can help her, she stumbles upon a lonesome farm house. While Sam believes this is her saving grace, she soon realizes she should have minded the KEEP OUT and NO TRESSPASSING signs on the gate. 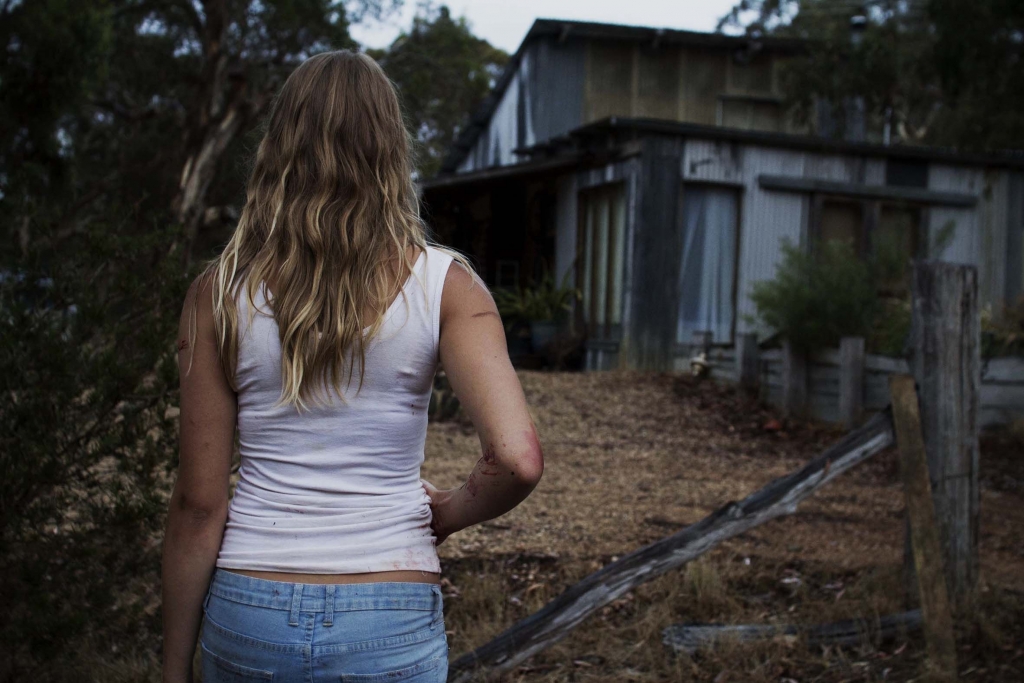 The beginning of Inner Demon is fast paced.

The fear begins almost immediately, and you are left wondering how or if Sam will survive. Once Sam reaches the farm house, the movie becomes slower but still intriguing. The main character spends the rest of the movie hiding in a small closet praying not to be found.

Dialogue is sparse, but Jeavons’ acting speaks for itself. You can feel her fear through the screen. There is also a decent amount of blood during this time, which I appreciate in any horror film. Not only is Sam bleeding out from her nasty gut wound, but a brutal scene takes place in front of her as she hides, helpless, looking through a small hole in her confined space. 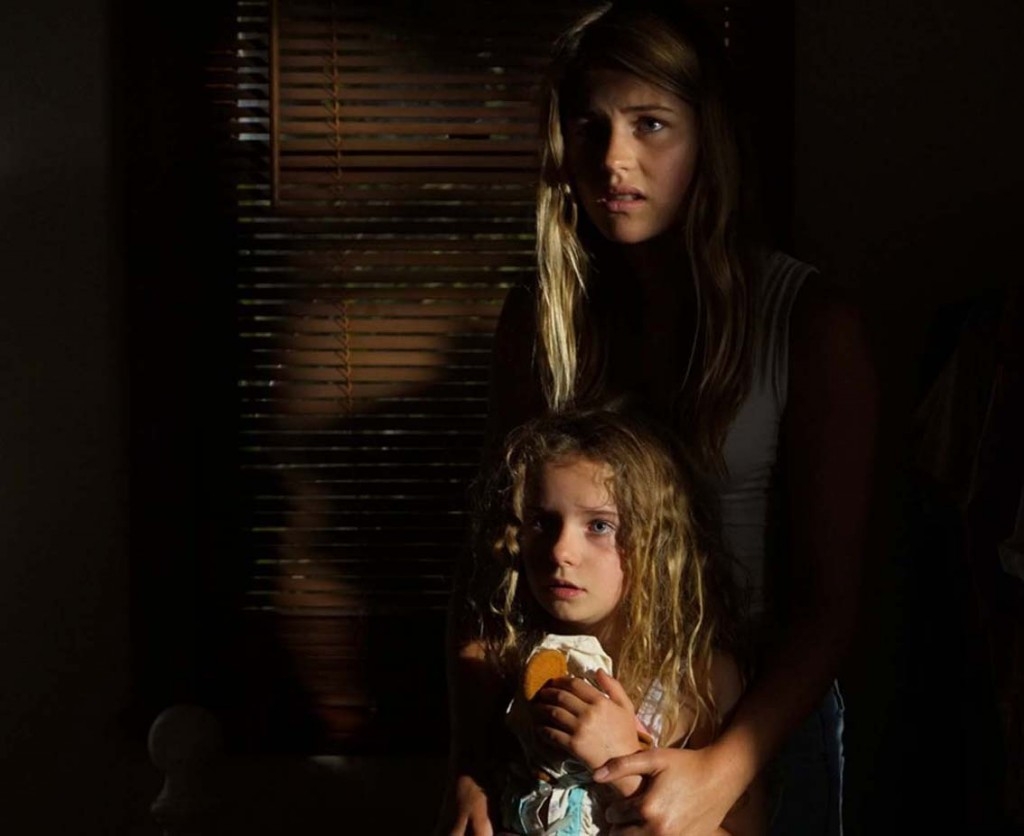 Dabrowsky deserves praise for doing a lot of things well in this movie.

She provides a strong, smart, leading female who is hell bent on survival. We also see beautiful cinematography and a well thought out filming location. She adds fear without additional cost by filming near the town of Truro where multiple women where murdered in the seventies. The location adds to the eerie vibe and no doubt helped influence her win of Best Australian Feature at A Night of Horror International Film Festival. Dabrowsky also took home the award for Best Australian Director.

Despite a promising start and a great first half, Inner Demon is not without some criticism. Cue the unanticipated and inexplicable supernatural element. Without giving any spoilers, this movie changes directions completely at one point, and I was left confused and wondering what exactly happened. Now, I understand the title and can guess the intent behind the supernatural element. But it was so sudden and poorly executed, and it sadly introduced a cheesy CGI element that hurt the film.

That being said, there has been a lot of applause for Dabrowsky incorporating two themes into one movie. I know some people really enjoy crazy plot twists, I just happen to not be one of them. But if you are, your enjoyment of this film should be significantly increased.

Overall I believe this movie is worth a watch.

Whether you enjoy the ending or not, the portrayal of a strong, female, horror character is worth witnessing. With this being Jeavons’ first role, I was incredibly impressed with the amateur actress who expressed fear and strength with very little dialogue. I am not the least bit surprised at her win for Best Female Performance at A Night of Horror International Film Festival.

As we enter Women in Horror Month, this is a great time to explore more of the great female-driven horror films and discover more work by up-and-coming women making waves in the genre. To that end, Dabrowsky is definitely someone to keep your eye on, and there’s a lot to like about Inner Demon, which is currently streaming on Shudder.

Give it a watch, and add your own interpretation the meaning of the film’s ending.