While not perfect, “The Laplace’s Demon” combines remarkable visuals with great mystery and suspense to create a rather effective and innovative film. 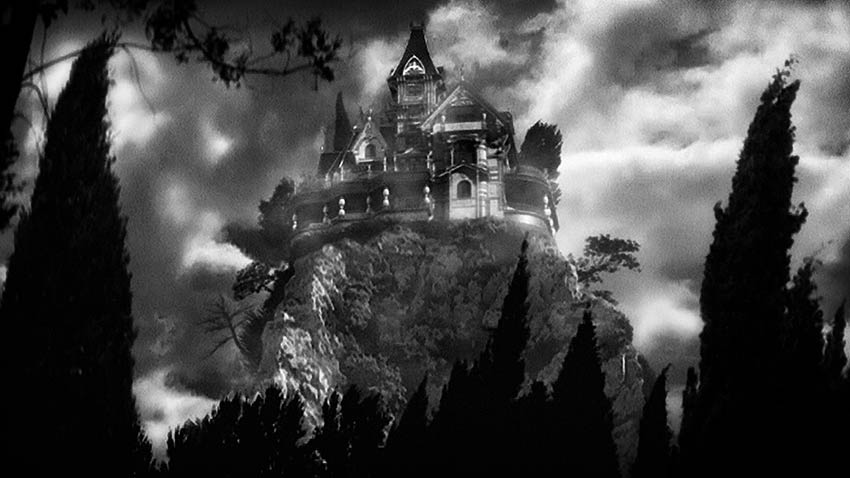 “When we believe that things are impossible then they become impossible.” – The Laplace’s Demon

Giordano Giulivi’s The Laplace’s Demon is a standout arthouse film centered around a group of scientists trapped inside an island mansion. With only their wits, the group is flung into participating in a deadly experiment overseen by the mansion’s mysterious and sadistic owner. He has ensured that they are at every disadvantage.

The film in itself is very clever with its imagery and atmosphere, yet it struggles in regards to its cast and characters. 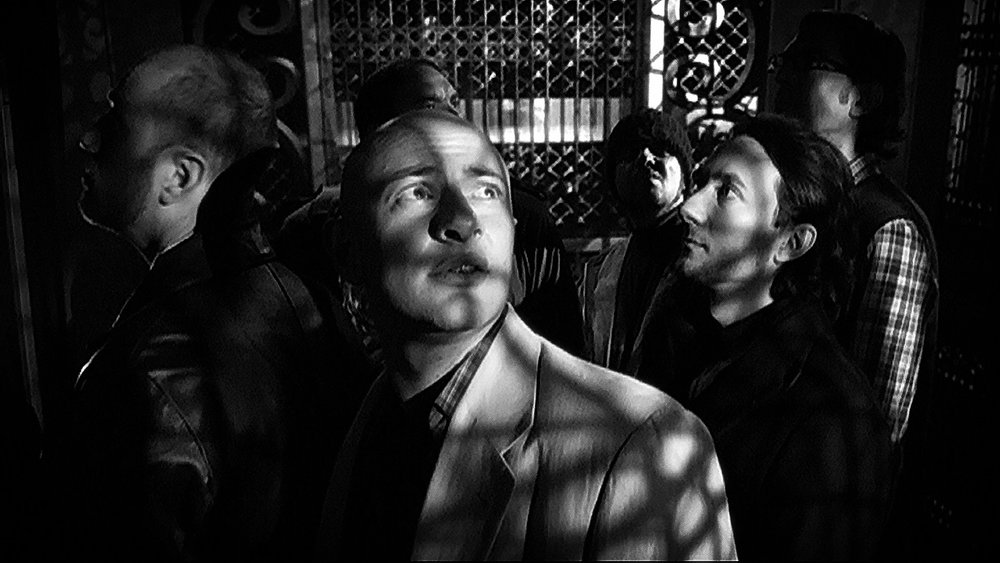 The main achievement of The Laplace’s Demon is that it manages to create frightening scenes without having to rely on fake blood, dead bodies or copious amounts of jump scares. In fact, not a single drop of blood is shown on camera, and yet there is absolutely no sacrifice to the shock value or intensity of the film.

Giulivi achieves this impressive feat through a masterful union of cinematography, powerful and fitting music (composed by Duccio Giulivi), and clever mis-en-scene. These aspects ensure that the atmosphere of the film is intense and vivid — using the gothic-themed house and contrasting black and white visuals to allow for the gloomy and powerful surroundings to drag the viewer into the horrific situation the characters find themselves in. 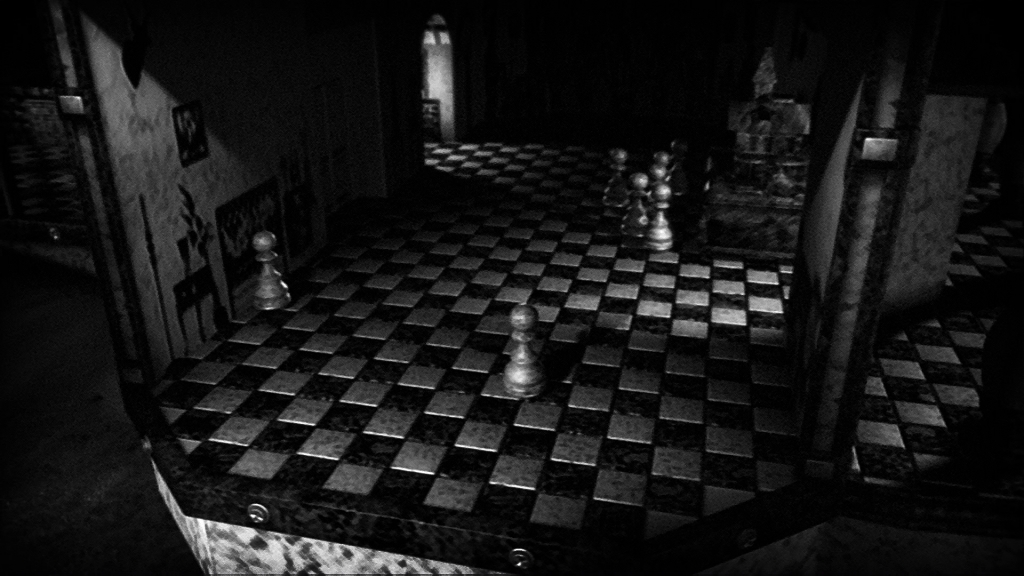 Giulivi also uses the model of the house (used to predict the character’s movements) as a tool to provide additional suspense. For example (no spoilers), there’s an extremely impactful device that involves the model and chess pieces synchronizing to depict the chase scenes. This is not only highly innovative, but it also provides mystery and uncertainty to the scene — placing the viewer in a solid state of suspension which any typical run-chase scene would fail to do.

Unfortunately, the main blemish of the film is in relation to its cast. The characters themselves, with the exception of the beginning of the film, are distinguishable via their contrasting personalities. Yet, it’s difficult to relate to or care for them past default human sympathy for their situation. 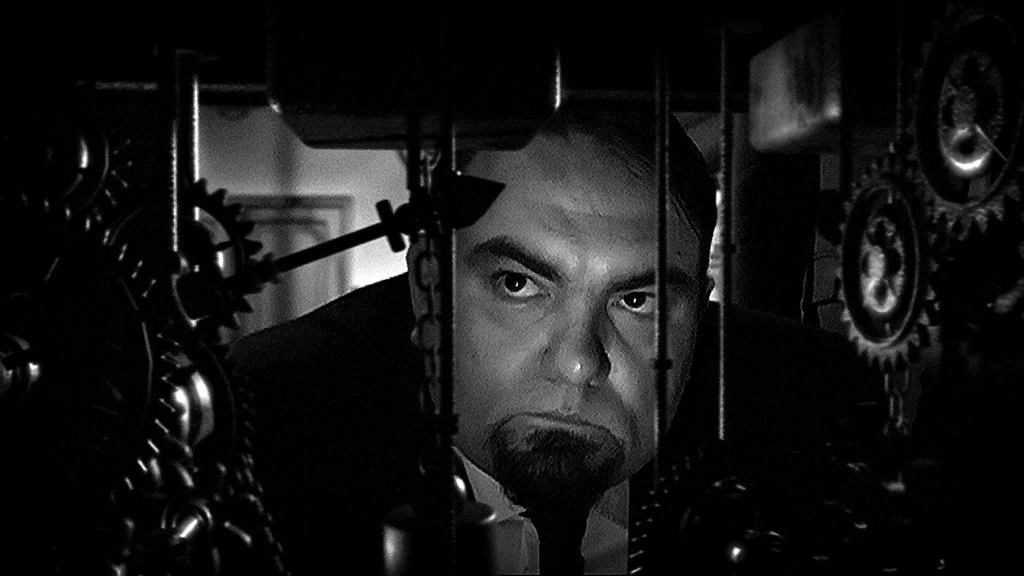 There is a similar issue with the villain. Although learning his identity at the end added more to the story, the ‘twist ending’ remained weak, and the villain is unable to break through his blandness and become terrifying or disturbing. Instead, he remains slightly confusing and obtuse, since the audience wasn’t given a chance to dive into his character and motives.

Despite its shallow characters and flat villain, however, The Laplace’s Demon is overall quite an achievement. It’s a visually impressive and complex film that could raise from 3 to a 4.5 out of 5, if only it had more substance.

Editor’s Note: The film is named of a theory of determinism that states if someone (referred to as the demon) knows the precise location and momentum of every atom in the Universe, their past and future values for any given time can be accurately calculated from the laws of classical mechanics. Thus, The Laplace’s Demon is a very cerebral film that balances a heavy dose of suspense and atmosphere with deep philosophical questions about the nature of free will. Shot entirely in black and white, it echoes classic horror films from Hammer and Hitchcock in both style and tone. It’s in Italian with subtitles, so it requires a bit of patience. But it’s remarkable in its innovative approach to visuals and storytelling. While certainly not for everyone, it’s one of the more impressive films I’ve seen in a while and definitely deserves an audience. 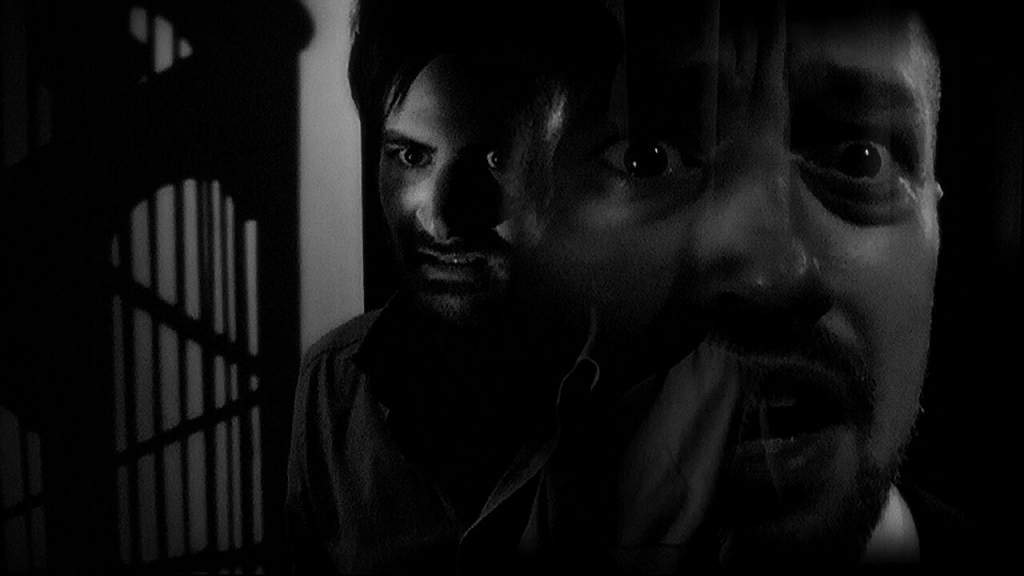