The Scarehouse is a darkly funny, female-centric film that puts a unique spin on revenge horror — with a surprising twist you won’t see coming 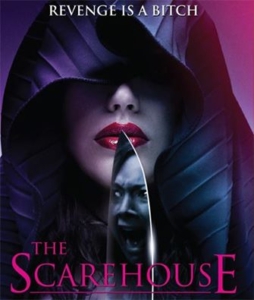 It’s not often in the horror genre that we see a female-centric revenge story that doesn’t begin with a brutal rape scene. Films like The Last House on the Left (Wes Craven, 1972), I Spit on Your Grave (Meir Zarchi, 1978), and American Mary (Jen and Sylvia Soska, 2012) have become classics in the genre, but ultimately tell the same story: a girl is raped, vengeance is served.

The Scarehouse (Gavin Michael Booth, 2014), however, tells a story about two girls who get revenge on a sorority after a hazing ritual goes horribly wrong. Fresh out of prison, Corey (Sarah Booth) and Elaina (Kimberly-Sue Murray), create a haunted house attraction that is a front for their revenge plot against the six sorority sisters who framed them. 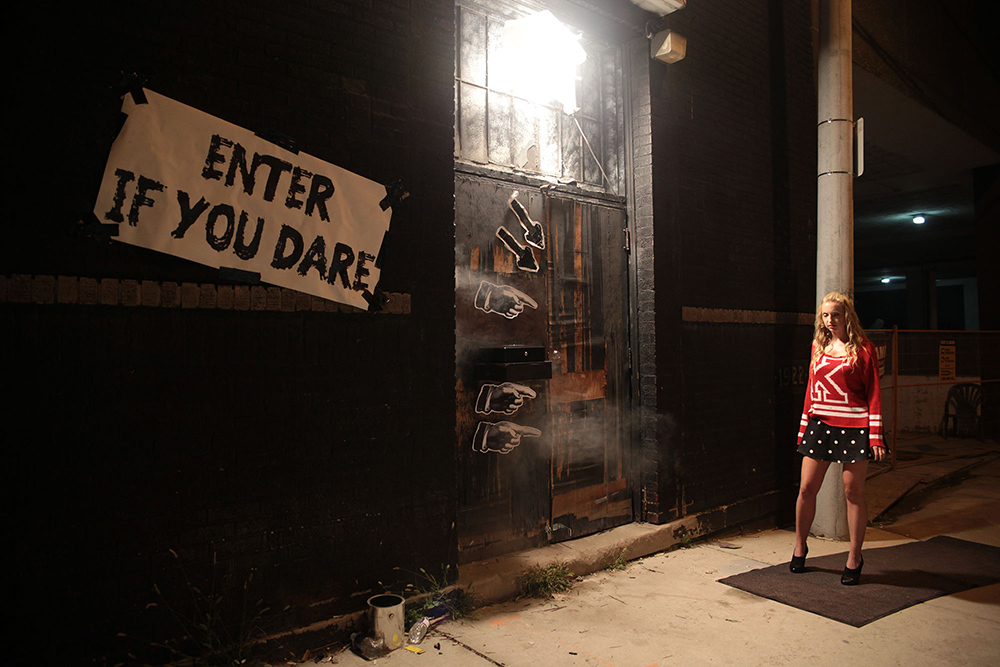 What makes The Scarehouse a welcome change from the typical rape-revenge fair is how brutal and personal the kills are. One girl is crushed to death via corset, one has her nails, lashes, and fake boobs ripped out, two others are forced to fight sleepover-style with acid-laced pillows.

Corey and Elaina prove with their traps that they are truly pissed off and have spent their prison time fantasizing about their revenge. I couldn’t help feeling how very feminine the kills were, as if they were kills only the meanest of mean girls could come up with. Had the killers been male, I don’t think those types of kills would have had the same effect.

The night of the hazing ritual is told in flashback via a handheld camera that sorority sister Caitlin (Ivana Stojanovic) uses to document the evening. As the flashback unfolds, we are given insight into how shallow and mean the sisters are and the pressure they placed on Corey and Elaina. The way the sisters talk to each other and their sloppy, drunk escapades make them easy to hate. While Booth blurs the line between what is right and wrong, we ultimately end up rooting for Corey and Elaina despite their violent torture of their former sisters.

The Scarehouse also has a lot to offer in terms of re-watch value.

Upon a second watch, you might catch the kills and twist ending foreshadowed in the flashback footage. After watching for the first time, I felt the film could have done just as well without the twist, but subsequent viewings have changed that opinion. Needless to say, The Scarehouse is definitely one worth watching multiple times.

The only thing I can nitpick at in this film is the number of different characters. Between the present-day storyline and the flashbacks, it can be difficult to tell which sorority sister is which. The fact that the camerawoman responsible for the flashback footage is a drunk sorority girl doesn’t help either. The camera simply moves around too much, and all the girls laughing and talking makes it hard to tell who is who. This is, however, easy to overlook because, at the end of the day, we’re all just in it to see some ditzy sorority bitches get theirs, aren’t we? 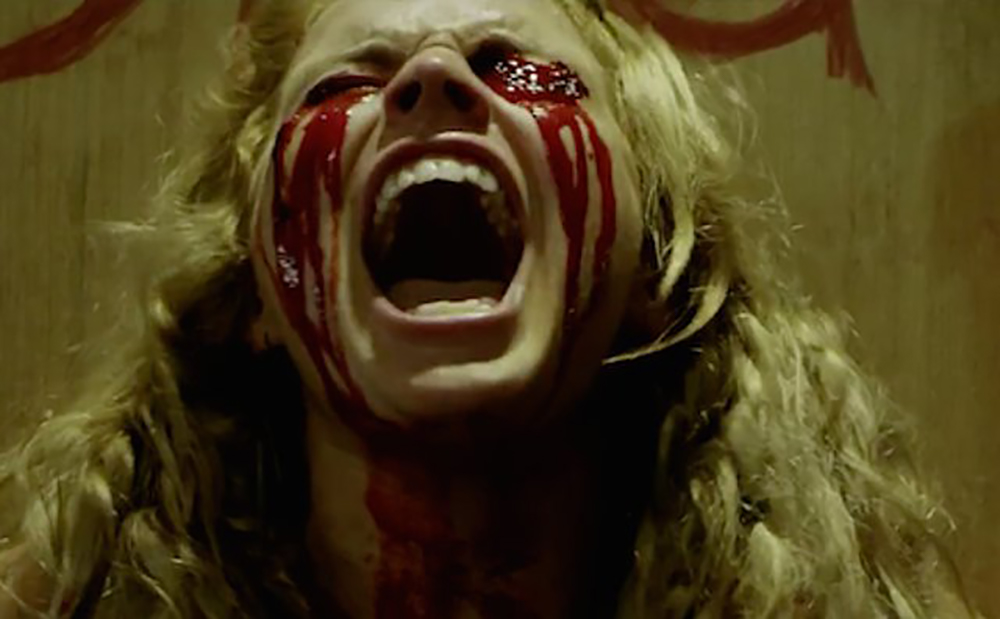 ‘The Scarehouse’ is a refreshing take on female revenge horror and a damn entertaining movie. What Booth doesn’t deliver in the scare department, he makes up for in blood, gore, and violence. That sprinkled with some humor and a bouncy, upbeat soundtrack makes for a must-watch horror flick. Best served with shots and your best frenemies.