Take a magical ride with this underrated 80’s gem and show some love for scream queen royalty; Just don’t trust your eyes aboard the Terror Train. 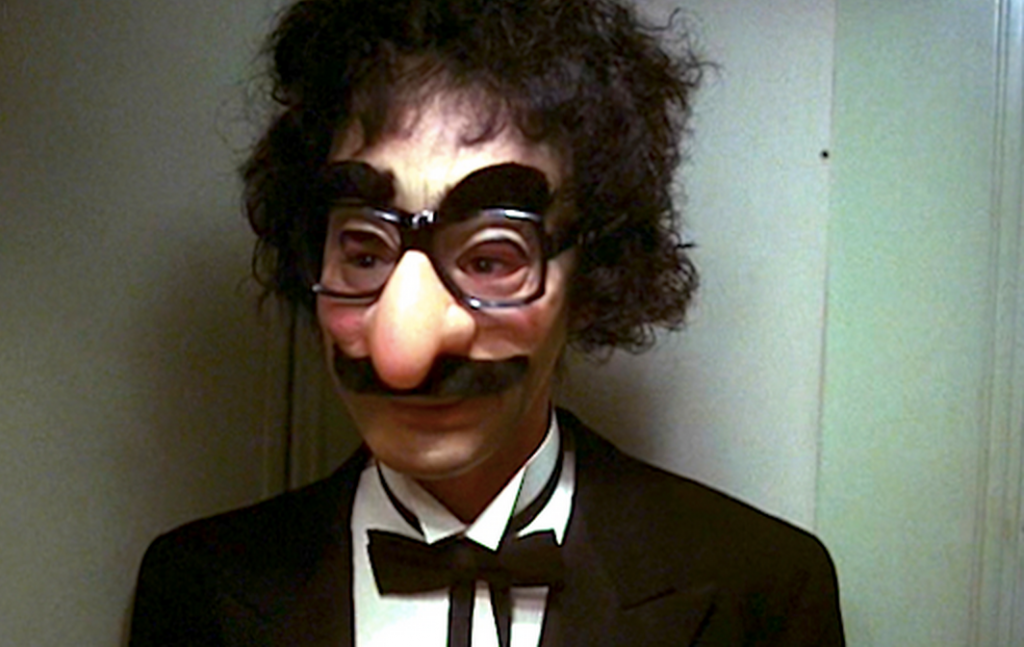 This month’s Tubi Tuesday recommendations are dedicated to some of my favorite 80s scream queens. And this week, in honor of Valentine’s Day, we’re showing some love to one of the most iconic but often overlooked scream queens, Jamie Lee Curtis.

Although her acting career started with Halloween in 1978, her horror roles stopped (for many years) in 1981 with that film’s sequel, Halloween 2. But in the prior year, 1980, Curtis starred in three fantastic horror films: The Fog, Prom Night, and this week’s Tubi Tuesday pick, Terror Train.

Jamie Lee Curtis, will you be my Valentine? 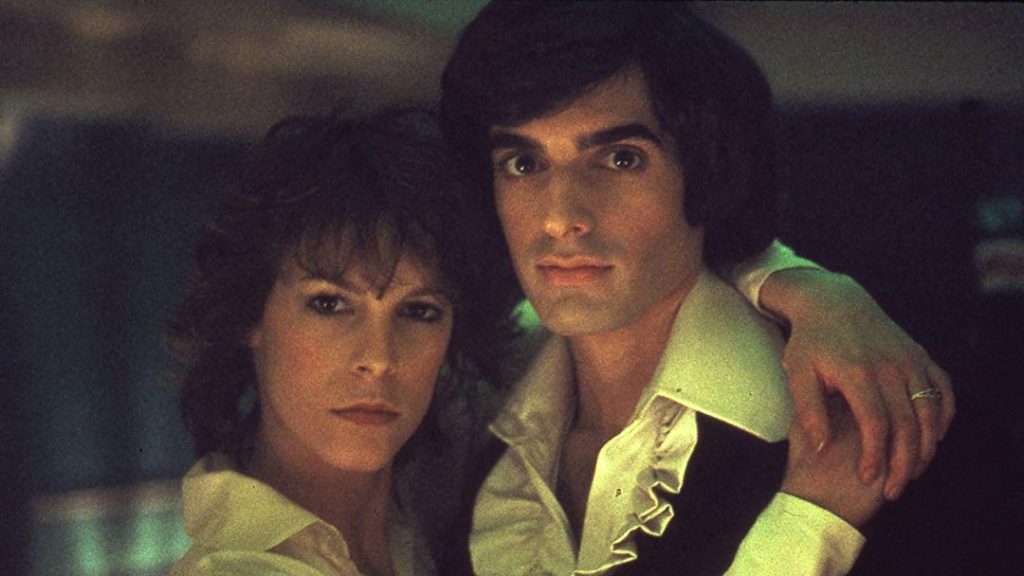 Besides Curtis, did you know this movie also starred famous magician David Copperfield?  I had totally forgotten this fact until my most recent viewing when his name popped up in the opening credits. Playing to his strengths, his character on the titular Terror Train is also a magician. He also happens to be the prime suspect when people start turning up dead.

When you think of Copperfield, you probably think of larger than life, Vegas-headlining magic. Remember when he made the Statue of Liberty disappear on live TV (for those too young to remember, it happened in 1983, and you can check it out right here on YouTube)?  That kind of stuff. However, in this film, he is doing up-close magic. And if you’re a fan of magic, you will likely find it really interesting to watch Copperfield, in 1980, basically doing all of David Blaine’s and Chris Angel’s greatest hits.

While that kind of up-close magic really exploded into the mainstream in the early 2000s, it’s interesting to see it being practiced decades earlier. Perhaps it’s a sign of the changing times; The conspicuous consumerism and excess of the 80s gave us magic as big, extravagant events with tigers and pyrotechnics. However, the intimate, surveillance heavy, reality TV driven world of the post 9/11 2000s made us yearn for something that seemed a little more real and authentic.

This digression into the world of magic is necessary when discussing Terror Train. 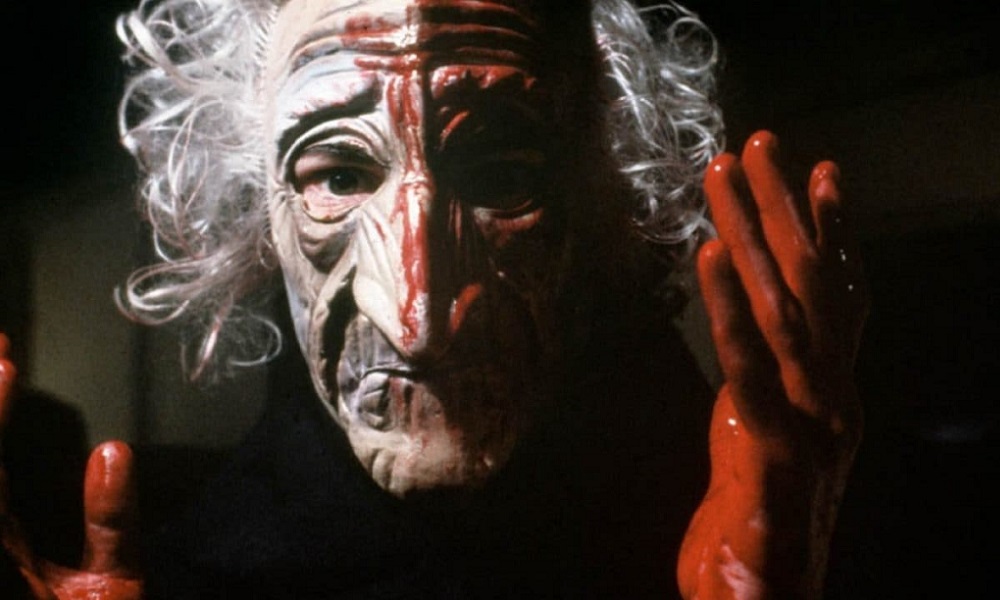 I am of the opinion that this film should have had some other title. Sure, there is terror on a train as a group of college kids go on some sort of booze cruise. But the use of magic and illusion is just as critical to the film as is the locomotive engine.

The film opens with the same group of college kids doing some sleight of hand to bully one of their nerdy classmates. They lure him into the bedroom with Curtis calling him from behind a curtain. Excited and nervous, he inches closer to what he thinks is his crush on the bed waiting for him, only to find out it’s a mannequin. This throws him into a fit, and he ends up in the hospital.

Fast forward to a year later, and the same college kids end up dying one by one on a train while Copperfield does magic tricks on one of the train cars. 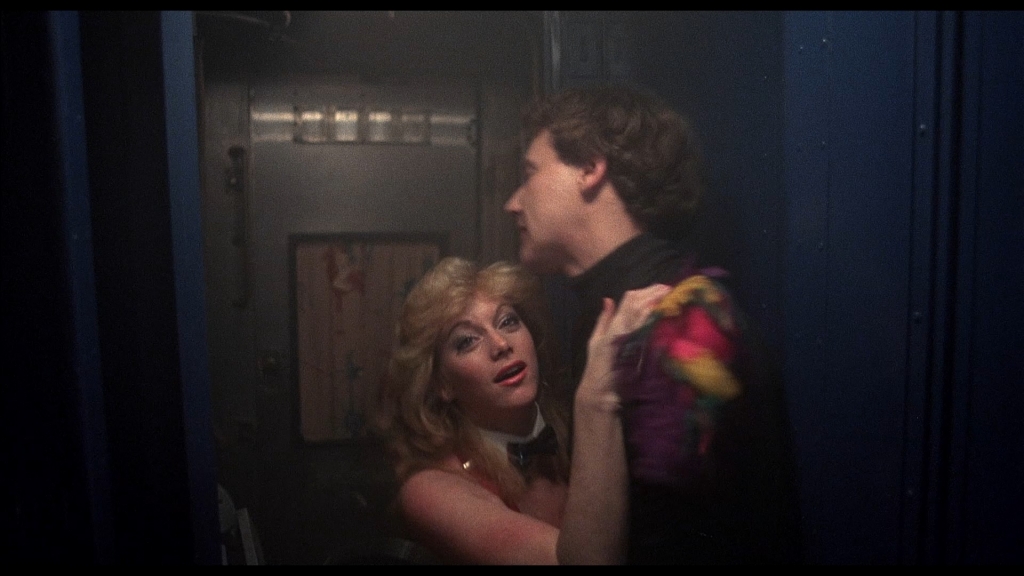 The killer expertly utilizes sleight of hand to hide himself amongst his victims, killing one and taking his costume. He uses illusion to diffuse the situation when a body is found on the train. And he takes the costume of the deceased and plays it off like he was just too drunk to get up.

With so much illusion and mystery, the passengers reasonably believe the killer to be the magician, Fry. However, the terror on the train still has one final trick up his sleeve.

Spoiler alert: The killer is not the magician. Rather, it’s the magician’s assistant… who isn’t really the magicians assistant. It’s really Kenny, the bullied kid from the beginning of the film in disguise. And he would have gotten away with it, too, if it weren’t for those meddling kids!

Of the five horror films starring Curtis from 1978 to 1981, this probably ranks as the most obscure. 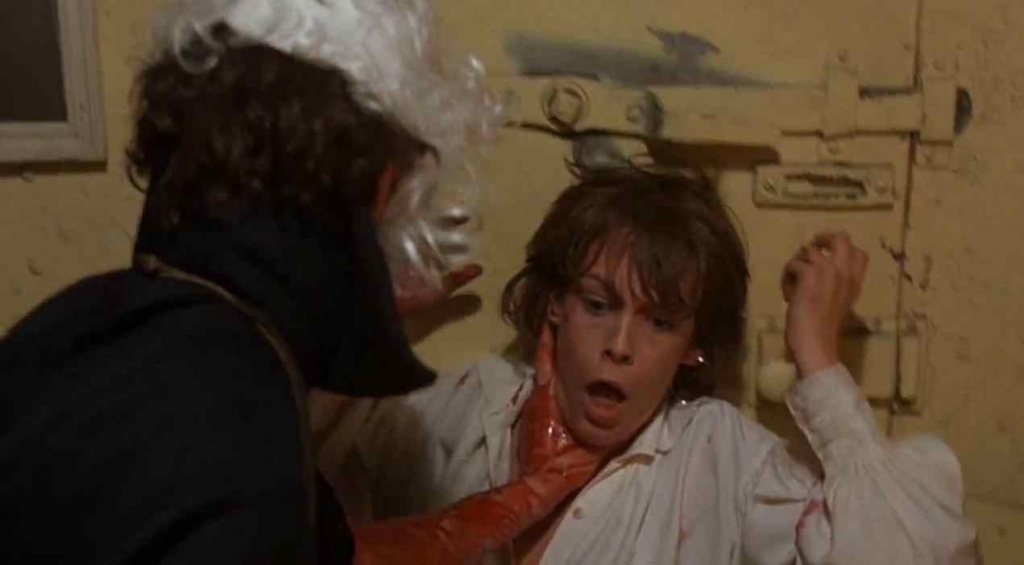 But that certainly doesn’t mean it isn’t good.

Terror Train is a fantastic indie horror film from the 1980s that deserves the renaissance of fandom like we have seen with many other horror films of that generation in the decades since release.

If you’re looking to add a bit of magic into your life this week of romance, fall in love with the mesmerizing Jamie Lee Curtis in Terror Train, now streaming for free on Tubi.