A low-budget dramatic thriller from High Octane Pictures, “It Lives Inside” struggles to gain momentum with a predictable plot and wooden characters. 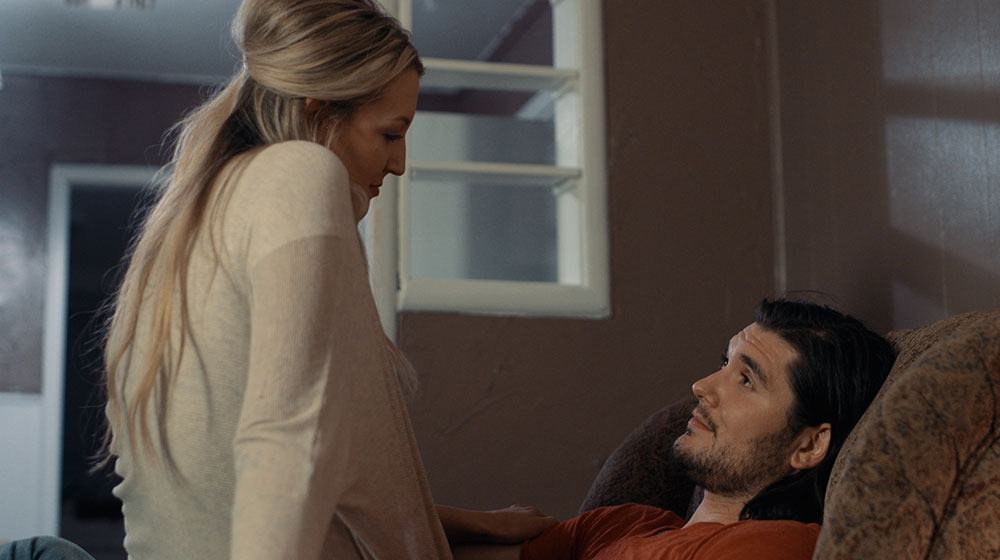 At the beginning of Jeff Hall’s It Lives Inside, viewers instantly know what cinematic tropes they are about to witness: a young family, a new house in a pleasant neighborhood, a dusty old book, an ancient curse. While these have become the staples of many a low-budget haunted house or demonic possession movie, they can still chill the blood if employed effectively.

Unfortunately, while It Lives Inside serves up a wonderfully macabre climax and resolution (and features some awesome poster art to boot), the rest of the picture falters from lackluster writing, limited surprises, and a few too many cardboard characters.

The film stars Rett Terrell in the lead role, a husband who makes a living as a gardener and who also suffers from bouts of sleepwalking. 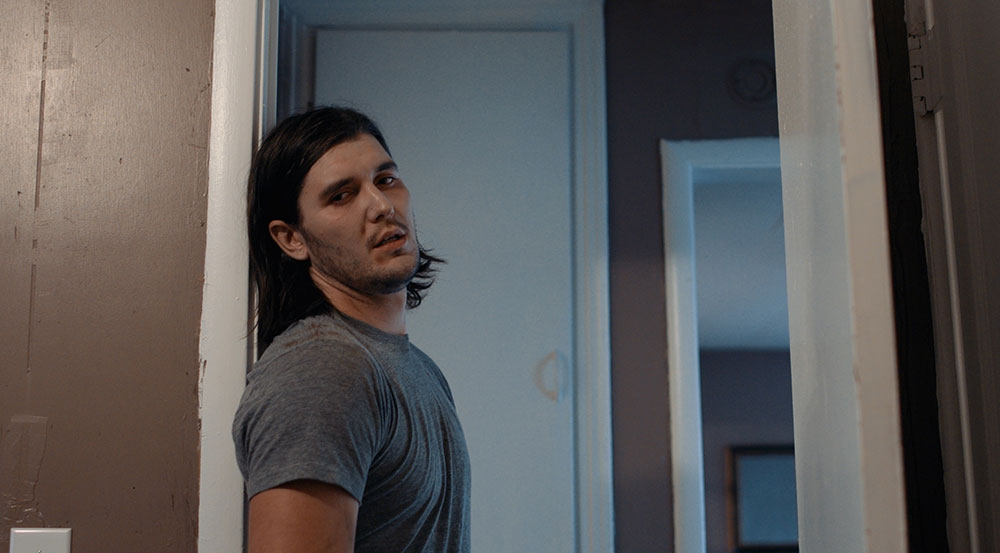 As expected, the sleepwalking leads to trouble when the husband (and father of a newborn) discovers an old book in the attic of the house. The book leads to a curse which leads to a demonic spirit taking over the property and quite possibly the husband’s mind.

From there, It Lives Inside meanders along at a slow pace, with scenes that fade in and fade out from one another with an almost sleepy quality. The dialogue, while terse and lean, fails to generate much excitement or suspense. Audiences will feel some empathy for the wife and infant child, but there is not much for either character to do in the story. 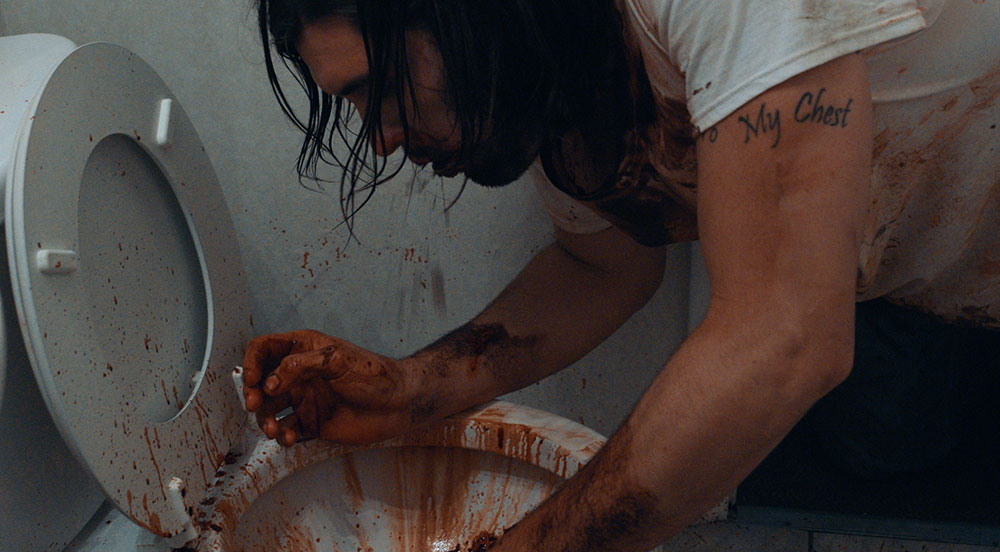 Some of the film’s symbols, including images of plants and soil, do pique interest, as the audience begins to wonder how the husband’s occupation will somehow tie in with the overall plot. Indeed, there is a powerful and ghastly connection between the earth and the movie’s climax, and those final scenes do make It Lives Inside worth a watch.

Another positive of the movie is the way the film’s prologue bridges the past with the present. Though the set-up is fairly predictable, the prologue and climax serve to present It Lives Inside as one neat and condensed package.

However, as alluded to earlier, there’s not much else to recommend in this low-budget, shot-on-video thriller. 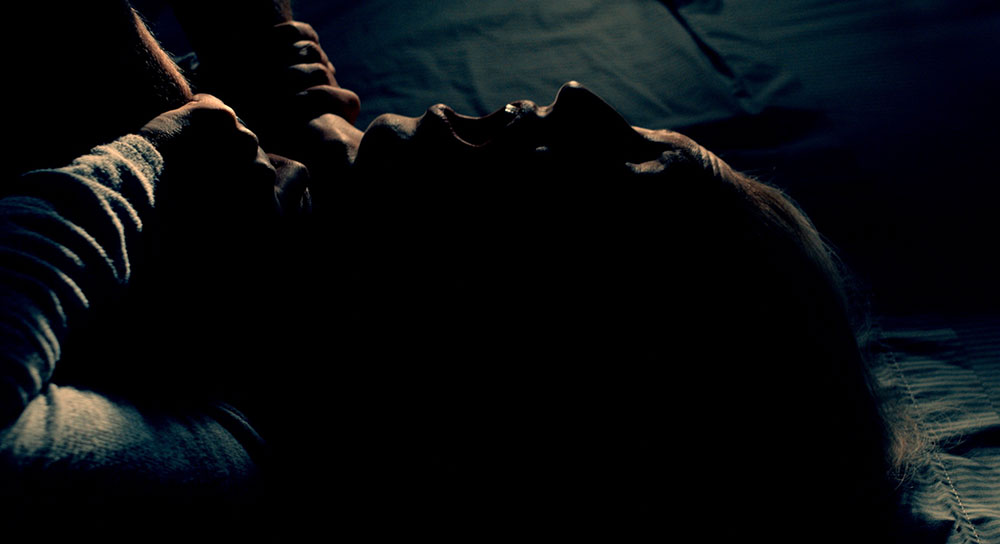 The camerawork is either static or painstakingly slow, and the special effects are appear overly fake and hackneyed. Rett Terrell does a solid job of portraying a hard-working man’s descent into supernatural madness, but it’s hard for the audience to pay too much attention because they already know exactly where the script is heading from the opening minute or two of the film.

When a director and his team know they have a limited budget to tell their story, the emphasis needs to be on the power and originality of the script itself; except for the final page, the screenplay of It Lives Inside offers up very little that’s new or thought-provoking. 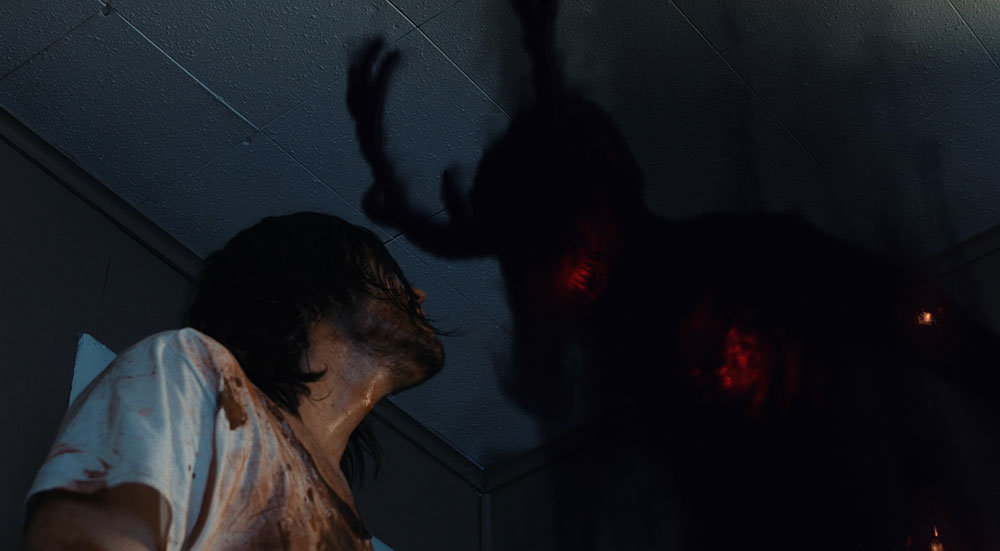 Clearly, Jeff Hall (and performers Terrell, Alissa Rose-Ford, Liam Rose, Laurie Cummings, and Christian R. Black) has talent and drive; with a better script and a more original premise, he might be able to strike a chord with audiences with his next project.

For now, It Lives Inside stands as a mediocre curiosity, a film with an outstanding climax but not much before it.