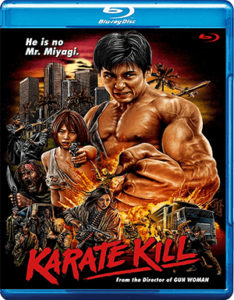 Kenji (Hayate) is on the hunt for his sister Mayumi (Mana Sakura), who has disappeared without a trace. He is a driven man however, so he is determined to find her and return her to safety, regardless of what that entails. His mastery of the martial arts won’t hurt either, as he will face off with some nasty folks by the end.

After traveling to the United States and kicking a few asses, including a crackhead, Kenji discovers his sister’s trail leads to a place called The Secret Treasure. There he finds a room full of dangerous men, who know about his sister, but refuse to share the information. So Kenji does what he does best and unleashes an epic ass kicking, saving the owner for last. When the owner hesitates to cooperate, Kenji threatens to rip off the dude’s comb-over, which panics the man and he shows Kenji a tape of his sister being kidnapped. 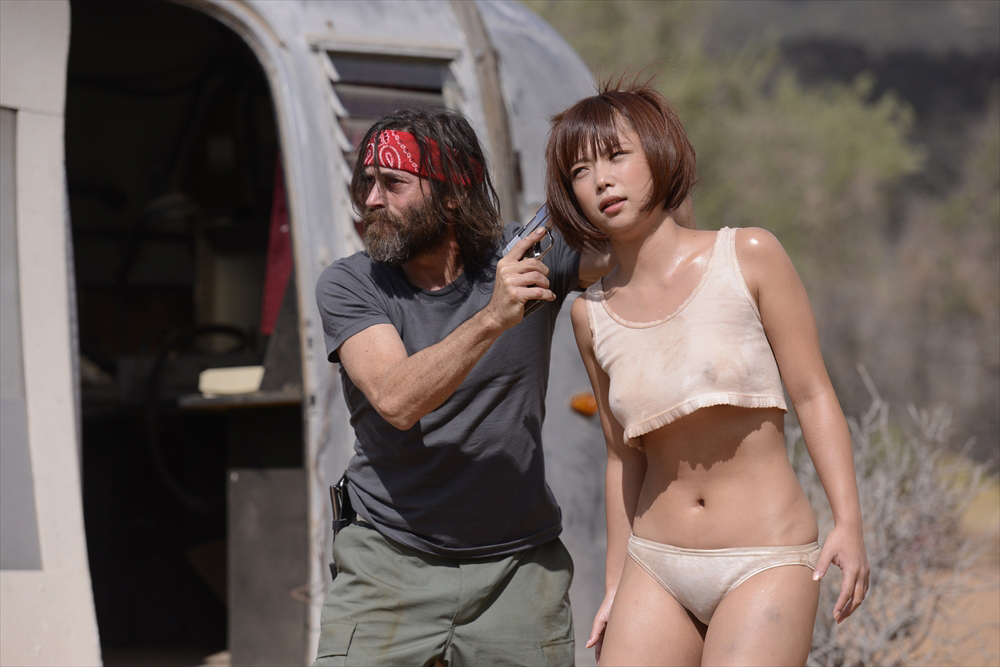 As it turns out, she was taken by the Capital Messiah, a gang of merciless thugs who operate under the control of a boss who is more like a cult leader. Kenji will have to venture into the world of snuff films to save his sister, but even then, can he reach her in time?

As Karate Kill comes from the man who directed Gun Woman and Samurai Avenger: The Blind Wolf, I couldn’t wait to check this one out. 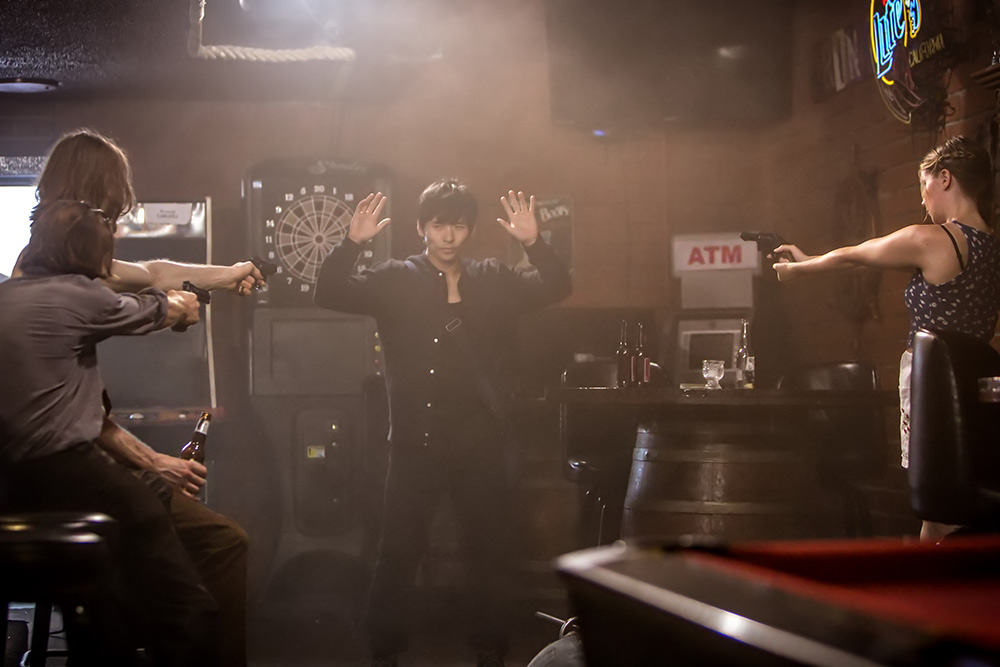 The narrative here is old school revenge, a theme we’ve seen countless times, but it never feels retread here. The movie is able to provide ample background on the prominent characters, but does so in short bursts, so we’re never separated from the main story for long. This keeps the pace brisk and gets across the pertinent information with slowing down much. 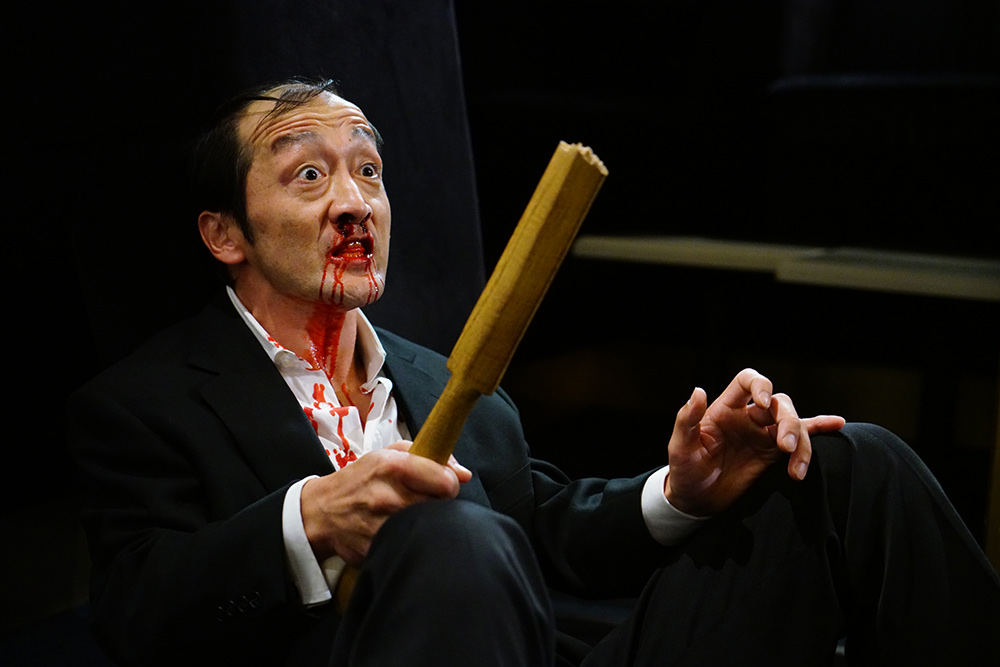 A martial arts fueled revenge movie might not seem like one that would worry about fleshing out characters, but KARATE KILL does, and that enhances the experience. Just that little background information is enough to get you to invest into Kenji and later on, Keiko. In most cases, the flashbacks are even kinetic, fun to watch scenes. So it was nice to watch a movie that could get across those story elements, without making it feel like forced exposition.

The main draw of Karate Kill is likely the action, and the movie never holds back in that regard — with a steady flow of battles throughout. 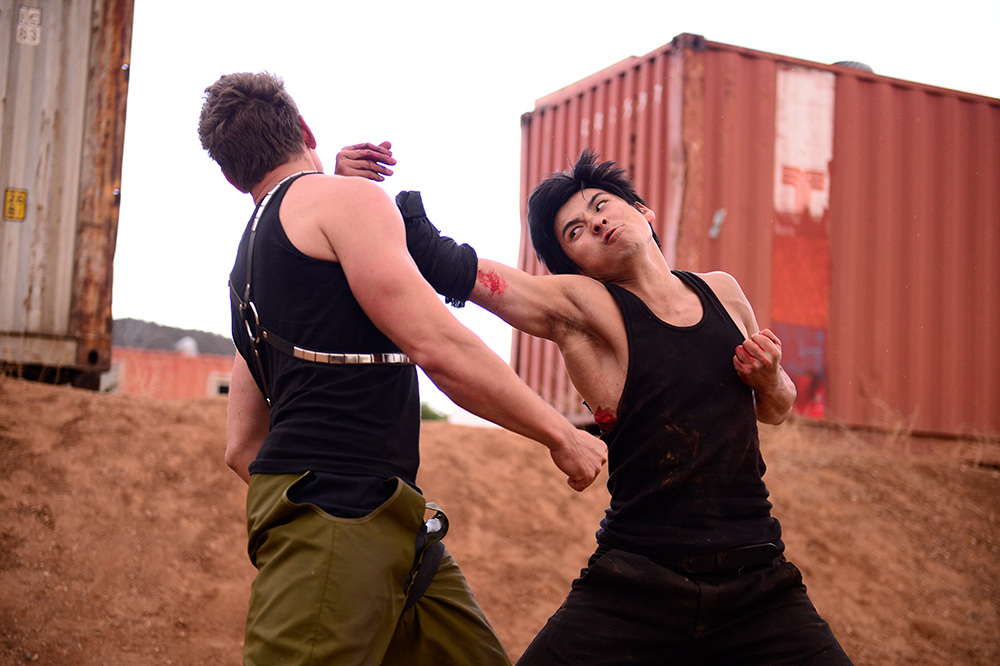 Most of the action is hand to hand combat, but there’s also some guns and swords involved at times. I had a lot of fun with the fisticuffs in this one, as the fights were hard hitting and well staged. Hayate is a skilled screen fighter and a more than capable action lead, carrying the bulk of the fight scenes. I don’t mind wild, over the top fights, but I also don’t mind back to basics, grounded type action, which is what we have here. 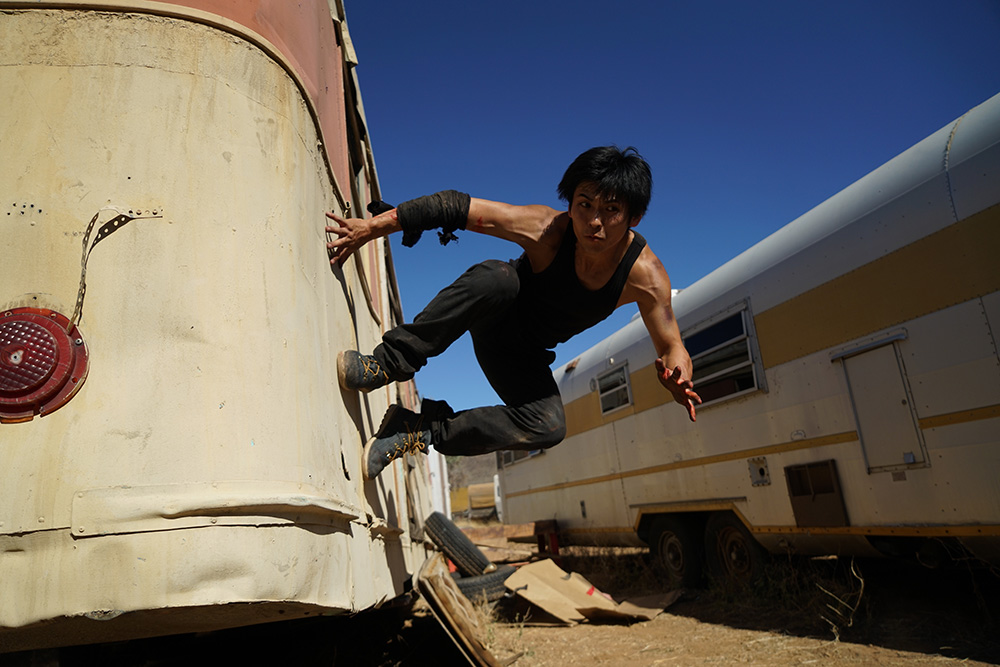 There are of course unrealistic elements, especially when the weapons come in, but this is mostly believable stuff. I do think once the weapons are involved, the action loses a step or two, as the hand to hand combat is just better showcased. I also disliked the ineffective CGI used in the gun battles and sword clash, as it looked really bad and took me out of the action. At the same time, Karate Kill does sport some fun practical gore as well, so there’s a solid amount of bloodshed here.

The performances here are in line with the film’s tone, so mostly over the top with some strong, silent type mixed in. Katarina Leigh Waters and Kirk Geiger were the stand outs for me, embracing the insanity of their Capital Messiah roles. Geiger is so fun to watch as the crazed cult leader, wringing every last drop of delusional madness from the role. Waters is right behind as the sadistic femme fatale, taking great pleasure in her various acts of violence and torture. 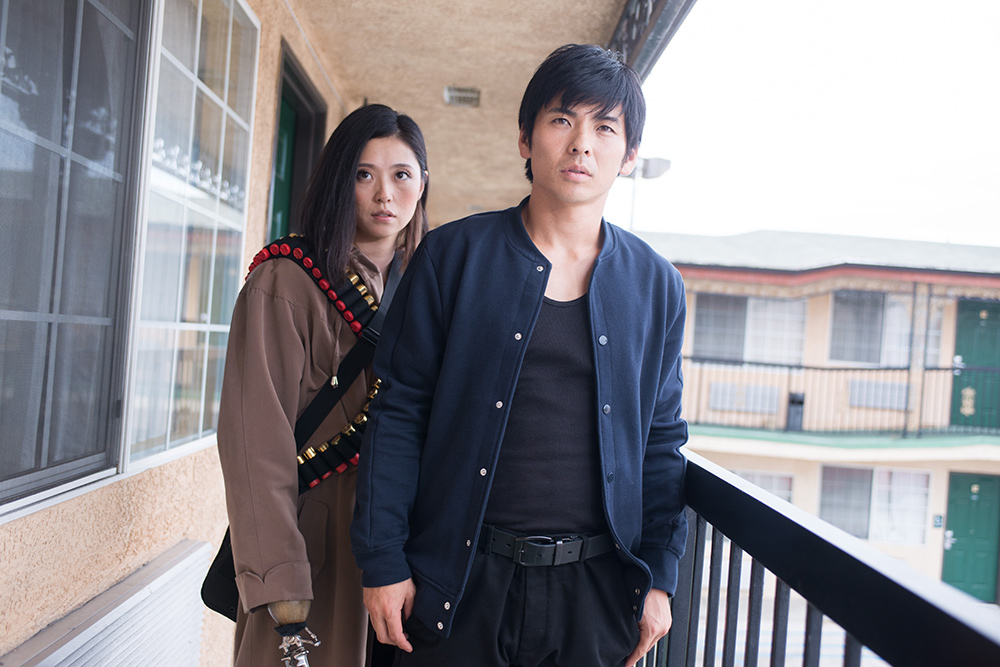 Hayate is also good in the lead, but since he plays a more brooding, serious role, it doesn’t always stand out as much. I do wish the writing gave these characters more fun lines, as the dialogue is rather bland for such a colorful crew. But aside from that, I think the performances are up to snuff here.

In the end, Karate Kill is a solid watch that features some fun action and colorful characters. The CGI is a real hindrance at times, disrupting otherwise good scenes, which is a shame.

Overall though, it stands as a rock solid movie that fans of the genre should check out.

Written by: Marc Fusion, “A defender of all things bizarre, blood soaked, nonsensical, and naked.”