Although the horror comedy “Limbo” aims to be a hell of a good time, it commits the cardinal sin of being just plain unfunny and uninspired. 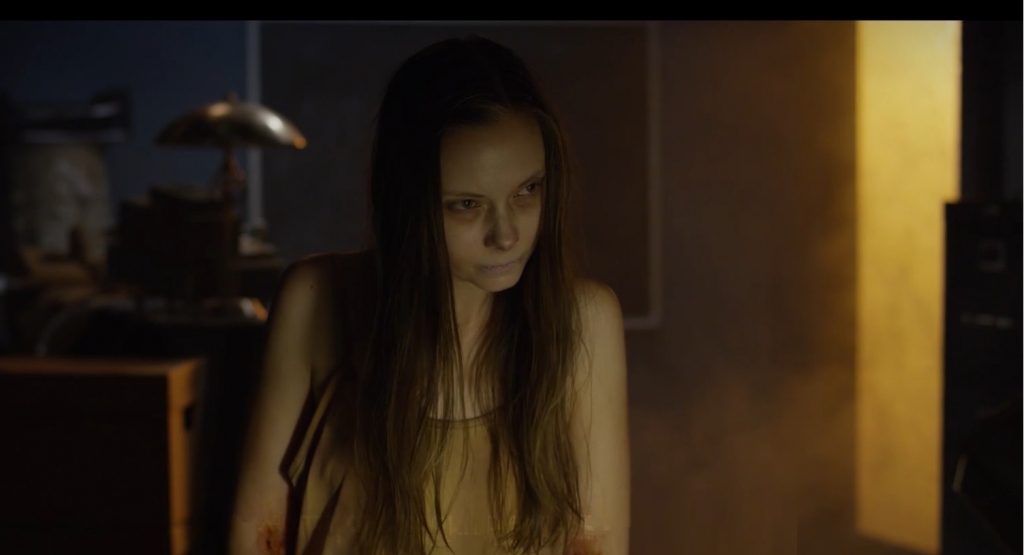 I often think about the litany of amazing ideas sitting dormant inside the millions of creative minds across the world that will never see the light of day.

That’s why I find it especially offensive when films with half-cooked plots and phoned-in performances get greenlit all the way to final release, taking up precious time and resources in an industry that only has so much room for new content.

Limbo, the brainchild of writer/director Mark Young, is unfortunately one of those films. A flimsy premise turned into an uninspired screenplay, stiffly executed and lovelessly assembled until it ends up, much like the souls awaiting judgement, dead on arrival.

Limbo imagines a world in which judgement day is an emotionless bureaucratic process played out by jaded prosecutors and low-level administrative staff. 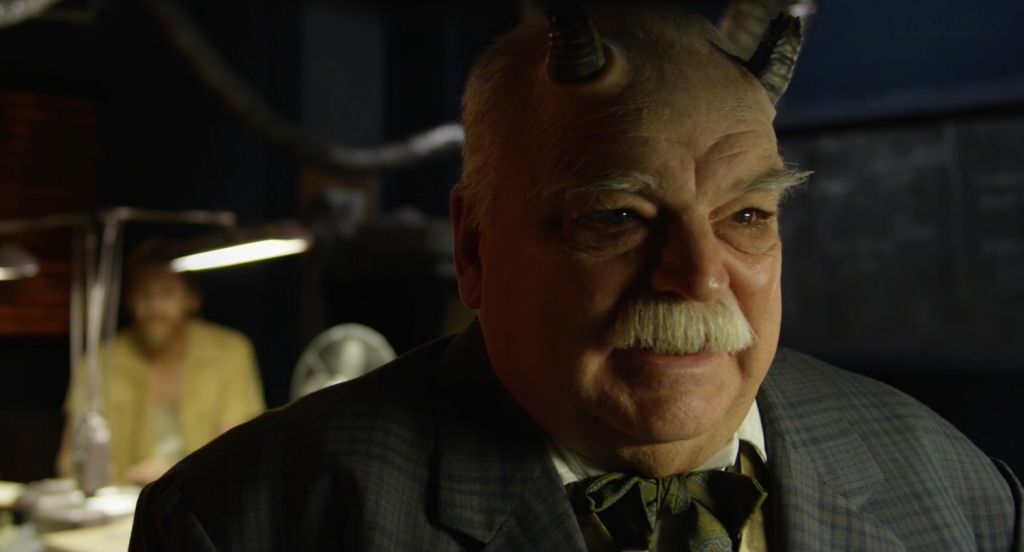 Lucian Charles Collier plays Balthazar, an angel who followed his boss Lucifer into hell when he was cast out by God, only to be relegated to the thankless job of reviewing the bad deed resumés of human beings to mete out damnation. Ostensibly, his job is to help determine a soul’s final resting place, but as he bluntly tells the newest defendant under his care, Jimmy Boyle (Lew Temple), in 2000 years on the job he’s never seen anyone achieve redemption.

Jimmy barely seems like a candidate for absolution anyway. He’s a lowlife, a gambler, a criminal and, most pertinently, he shot a woman point blank in the face during a botched pawn shop robbery. To everyone’s surprise, heaven sends down a self-assured rookie from the Clemency and Exculpation department named Cassiel (NCIS’ Scottie Thompson) to try and argue for a complete pardon.

A review of Jimmy’s’s life along with the testimony of some key witnesses leaves everyone feeling a little less certain of their own previously unshakable convictions.

The premise sounds vaguely interesting at first, but within about five minutes the film goes from having some real Kafka-esque potential to rapidly drifting into pointlessness. 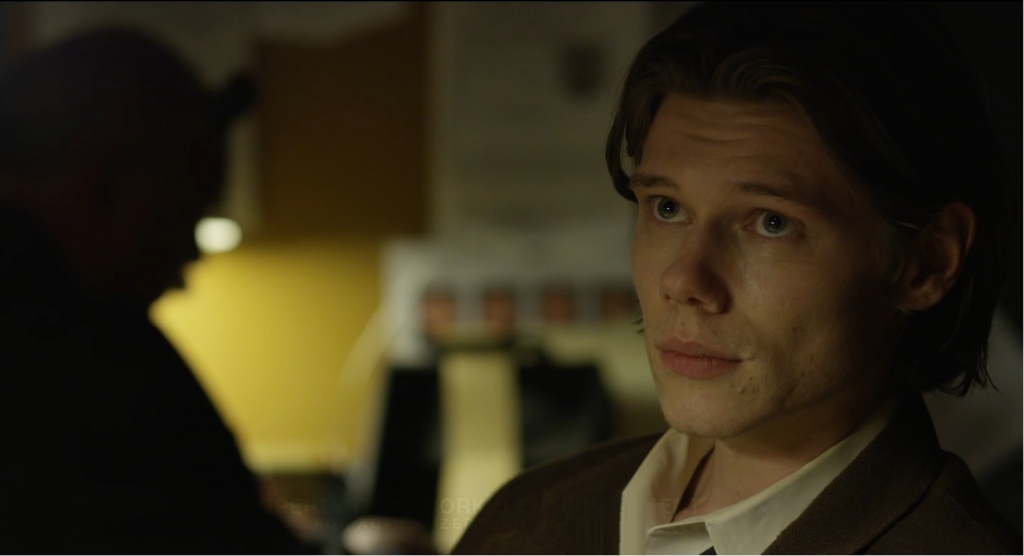 If its depiction of the afterlife as a sort of sarcastically whimsical version of the United States’ current justice system seems familiar, perhaps that’s because Limbo is essentially a shoddy rip-off of NBC’s The Good Place.

Even with an unoriginal concept, it could have made for a marginally entertaining watch, if the script didn’t feel like it was written by someone who has only heard about the “bad” parts of society from a series of after school specials.

In Limbo’s version of Los Angeles, bad guys bet thousands of dollars on Black Jack, goons threaten to bust your knee caps, gun-wielding thugs knock over pawn shops in broad daylight, and hookers with hearts of gold help you find salvation. The end result is what amounts to an elaborate Public Service Announcement…with some dick jokes thrown in so you know it’s cool. The message it’s pushing is befuddling (doing drugs is apparently a worse offense than shooting people in the face?), and its theology is a bit muddled — with what is likely intended to be a humorous take on Judgement Day that stumbles awkwardly over its own ignorance.

The final act isn’t as infuriating as I was anticipating. But in the end, it feels like a long drawn out joke with an anticlimactic punchline. 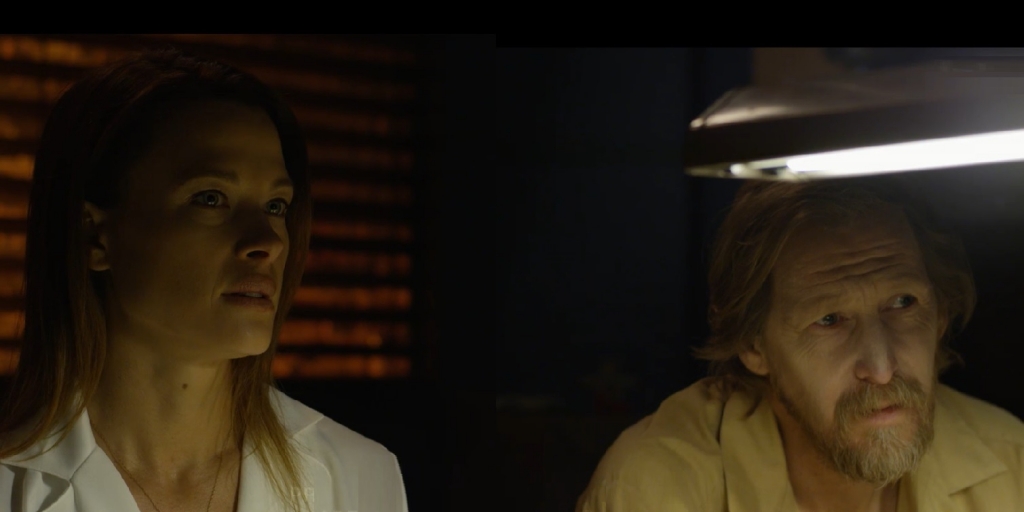 I suppose the overall moral of the story is, “Don’t be so damn cynical.”

What I personally learned from this film is that perhaps we could all use a little more cynicism in our lives, which might spare us from a few futile quests to find goodness where there is none. Try as I might, I could not find any in this film, save for a marginally charming performance by character actor Richard Riehle as hell’s helpful stenographer.

If you thought The Good Place could have used more Bad Janet and less of…well, everything else…then Limbo might be worth checking out. Otherwise, I say avoid this one-and-a half butterfly movie like hell.