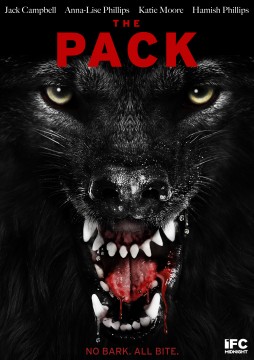 The Pack is a 2015 Australian horror movie, written by Evan Randall Green and directed by Nick Robertson, about a young Australian family who are terrorized by a pack of wild dogs. This film stars Jack Campbell, Anna Lise Phillips, Katie Moore, and Hamish Phillips. Despite the title, it’s not a remake of the 1977 film of the same name.

The Wilson family is taking care of business around their large farmhouse. Adam (Jack Campbell) is taking care of the sheep, while Henry (Hamish Philips) plays in a little maze type fort. All the dead sheep Adam keeps finding are probably not a good sign. Carla (Anna Lise Phillips) is working in her vet clinic on the property, and teenaged Sophie (Katie Moore) is running up the phone bill and talking back to her mother.

Night falls, and Adam goes to fetch the dog who went barking into the woods. He discovers a pack of feral dogs closing in on him, and he takes off for the house. The family must defend themselves against these dogs who are dead set on busting inside. 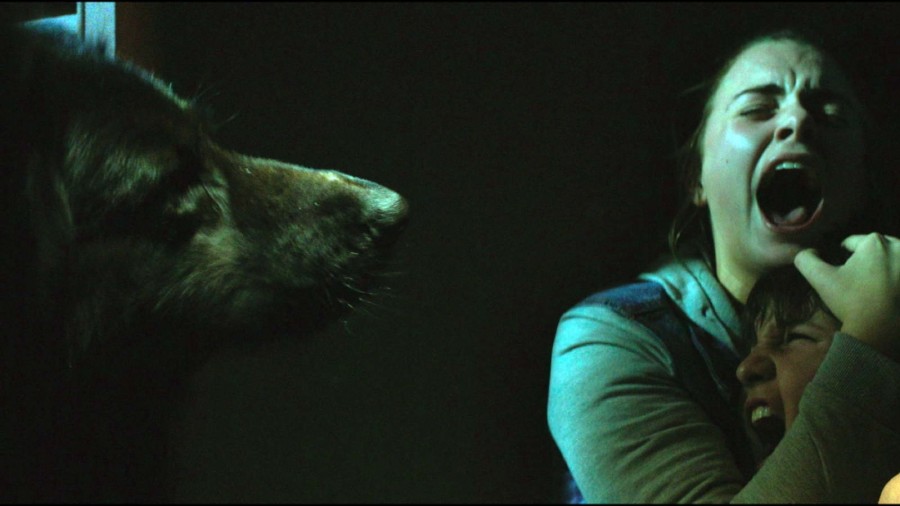 Despite the predominantly negative critical reviews, I liked this movie a lot. The actors were all very convincing, and the dialogue wasn’t cliché. While most feral dogs won’t break through a window to attack someone, I still felt the terror the family was under. Feral dogs can — and have — harmed people, so it made the film even more frightening.

The wide shots of their land are breathtakingly beautiful, and their home is huge. Besides the feral dogs, that’s not a bad place to call home. The film works really well with the small cast, especially since there are many areas to explore during the movie to keep things interesting. The characters in this movie are also a lot smarter than what you’d see in other horror movies. They call the police and try to stay inside. While still doing dumb things, the characters feel more realistic than I expected them to. I felt bad for the family, and it made the whole experience scarier since I grew to like the characters.

Bottom line: I’d recommend this movie, especially if you love horror films with plenty of seclusion and more realistic monsters.

The Pack is available on blu ray from Scream Factory. Click here to purchase.