The kids aren’t alright in this startling beautiful and deeply disturbing thriller out of Poland that proves true horror is always human. 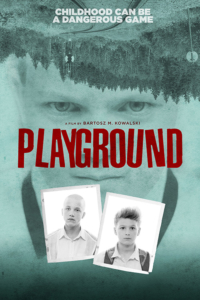 I was unaware of what I was getting myself into when I signed up to watch Playground (Plac zabaw), a dramatic and haunting film hailing from Poland.  I was not prepared for how both beautiful and disturbing Playground would be.

Playground is shot in six exceptional parts, allowing us a close, personal glimpse into the lives of three students, beginning with Gabrysia. 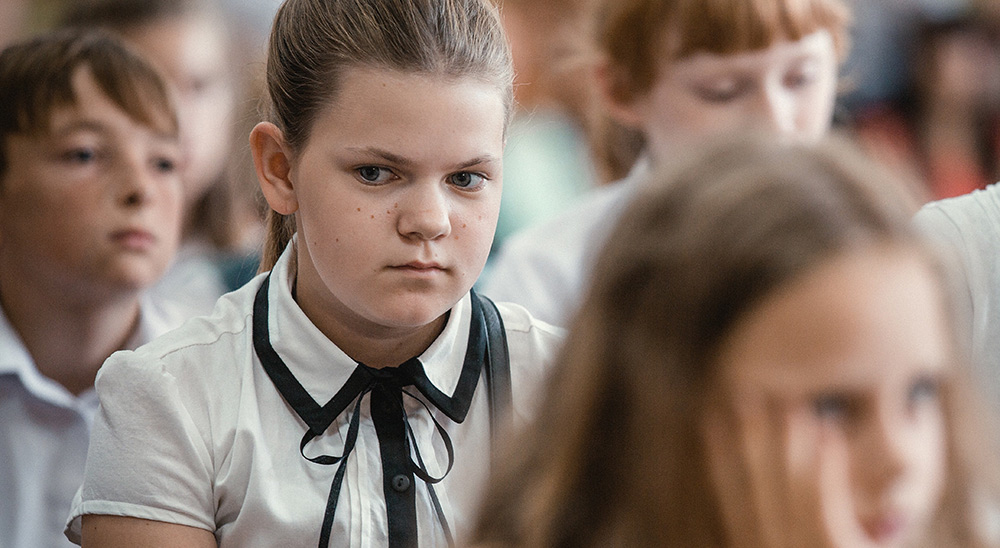 She is quietly experiencing the woes of unrequited love, crushing hard on popular fellow classmate Szymek. Today is the day she will muster up the courage to approach him and confess her love.

As the shy girl does her morning routine before school, so does her crush Szymek and his best friend Czarek. The movie effortlessly transitions itself between each student’s morning, showing the differences of their lives at home and their personalities.  Gabrysia seems to be loved and cared for by her parents, lives in a nice home and is respectful. 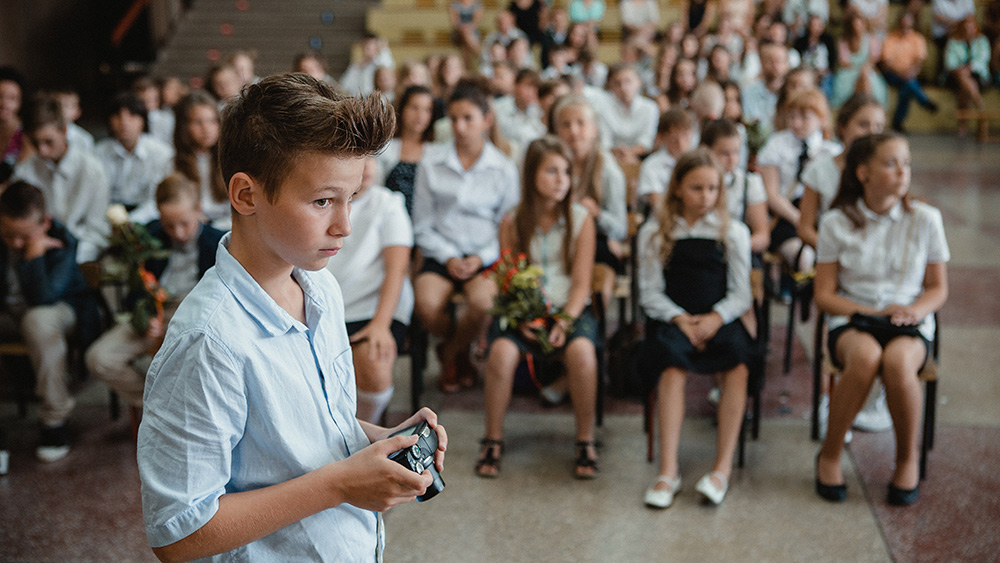 The morning of Szymek differs than his admirer though. For a young man, he has much to be responsible for. He walks the family dog to come home and tends to his disabled father — making him breakfast, dispensing medication, and helping him use the bathroom.

The banter between Szymek and his Dad was enjoyable and even heartfelt, I thought. For a minute there, I was thinking this little dude was a stellar individual, helping out in a big way at home while properly doing what needs to be done. We quickly see a cold, dark side to Szymek, however, that left me unexpectedly shook and questioning what I initially thought of him.

His partner in crime and best pal, Czarek, is the least likable. He is foul-mouthed, disrespectful, and comes across quite selfish. The exchange we see between Czarek and his mother, the trek to his last day of school, is full of nastiness.

The filmmakers’ simple approach to each character introduction, following with the progression of their day, is effective. It sucked me in. I legitimately wanted to know what was going to happen next. ‘Playground’ kind of lulls you into this hypnotic sense of impending doom; using these troubled members of everyday youth. 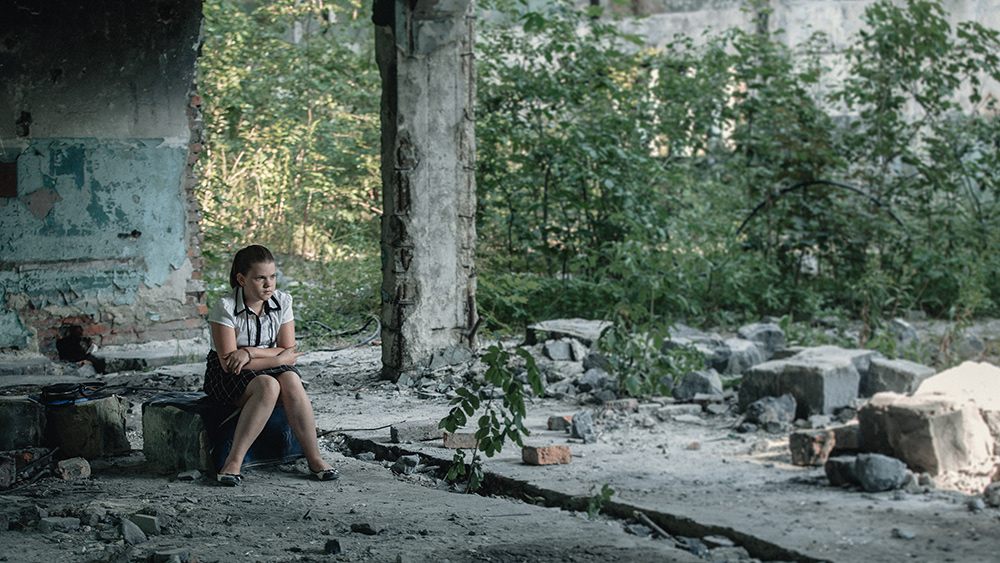 Desperate to connect with Szymek on their last day, Gabrysia asks him to meet her at ‘The Ruins’ — she has something to show him. After some much needed courage and advice sought from a more experienced female classmate, Gabrysia sat alone at The Ruins, waiting for her beloved Szymek.

Unfortunately, he does not come alone, bringing Czarek along to hide as he speaks with their quiet classmate. 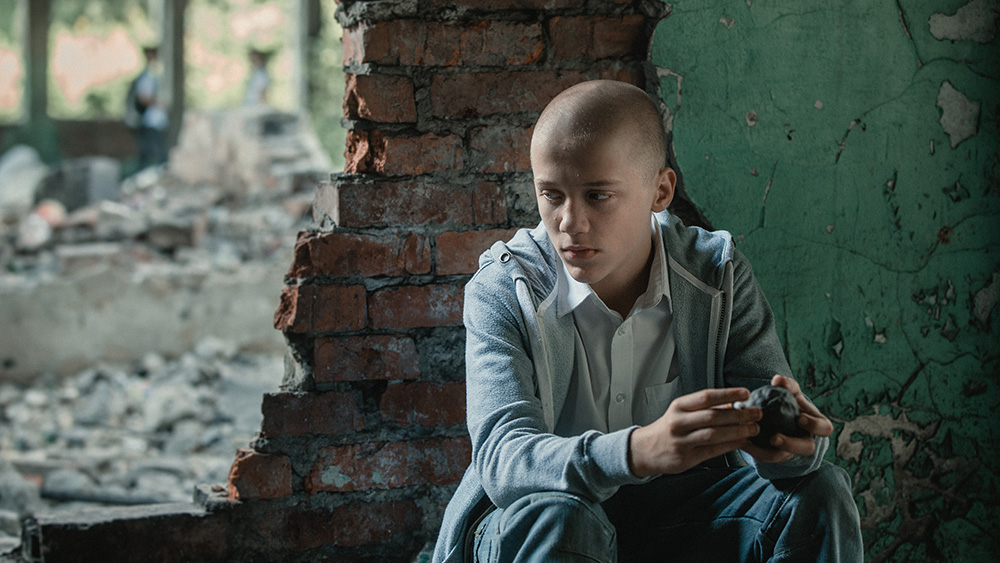 I honestly expected this to be where I witnessed something awful occur, to see the boys collaborate and destroy this young woman in some manner. This does happen in some ways. The verbal abuse they spew at her is unbelievable, and the violence they implicit is damaging. But Playground subtly changes gears after traumatizing Gabrysia.

The two boys appear unphased by their behavior, not fearing any consequences, and continue on with their day in nonchalant fashion; heading to the local shopping mall. 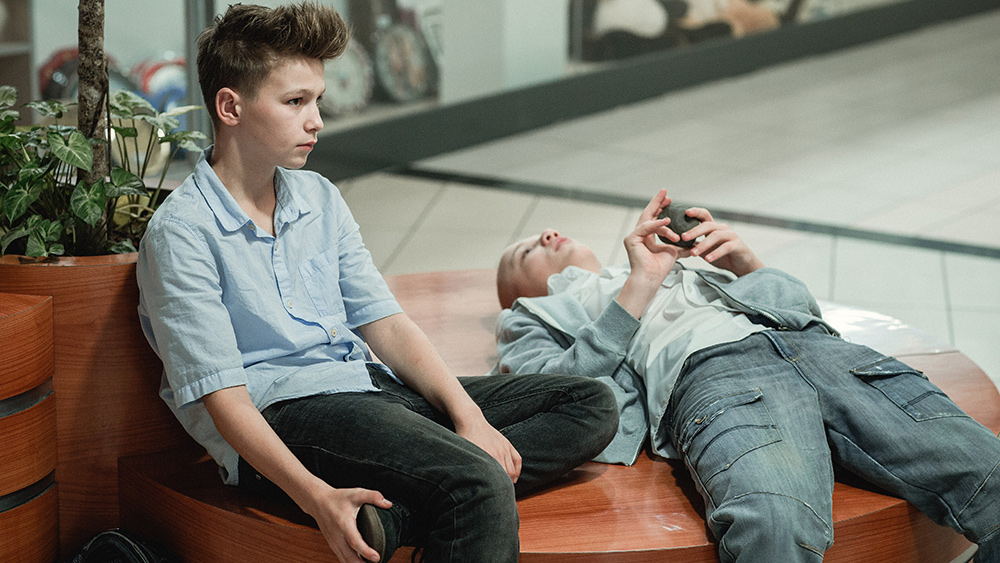 When the plan to check out new video games falls through for the two friends, they resort to typical, trivial shenanigans at the shopping center — allowing for a moment for us to witness normal age appropriate interactions.

Then suddenly, the boys spot an unsupervised toddler, and my heart sinks. With the film tricking me into thinking the climax of awfulness would be with poor Gabrysia, I had no idea where Playground was going next. 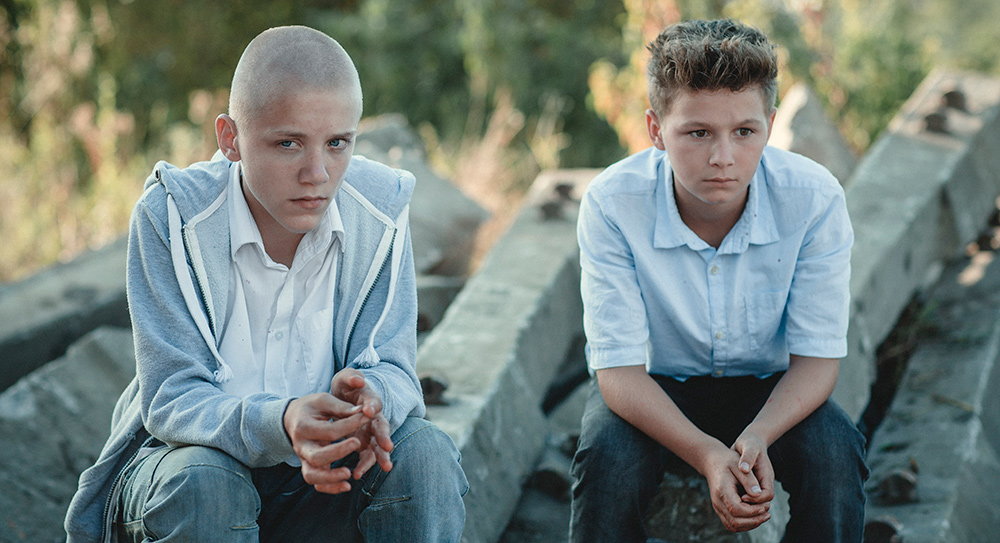 Czarek and Szymek unexpectedly entice the young boy to leave the mall with them. There is no dialogue between the friends discussing their plans or even any exchanges with the child they just kidnapped…just scenes of the three walking through the town.

And then it dawns on me, that this is playing out like the infamous crime in England, committed by Jon Venables and Robert Thompson. In 1993, the pair brutally murdered 2 year old James Bulger and were later put on trial for the atrocity. Venables and Thompson were only 11 years of age when convicted.

The music and mood turns ominous, continuing the lack of dialogue, the group ends up beside some railroad tracks. In a very long and tense scene, we see pure evil at work. It’s a harrowing look at what some humans can do to another, and somehow the filmmaker finds the right amount of finesse  to convey the story.

The film remains impactful, while treading with sensitivity, and it’s all captured with incredible cinematography.

Playground and it’s Director of Photography, Mateusz Skalski, were nominated for Best Cinematography Debut in 2016 at Camerimage. The film was also nominated for the Sutherland Award for Best First Feature Competition at the 2016 London Film Festival.

I hope the team of Kowalski, Warwas, and Skalski create together again, as their collaborative force is something to be reckoned with. Playground is a film I will not soon forget — a dramatic statement that evil can breed anywhere and anytime.

The Playground is now available on VOD 12/8 from Uncork’d Entertainment.