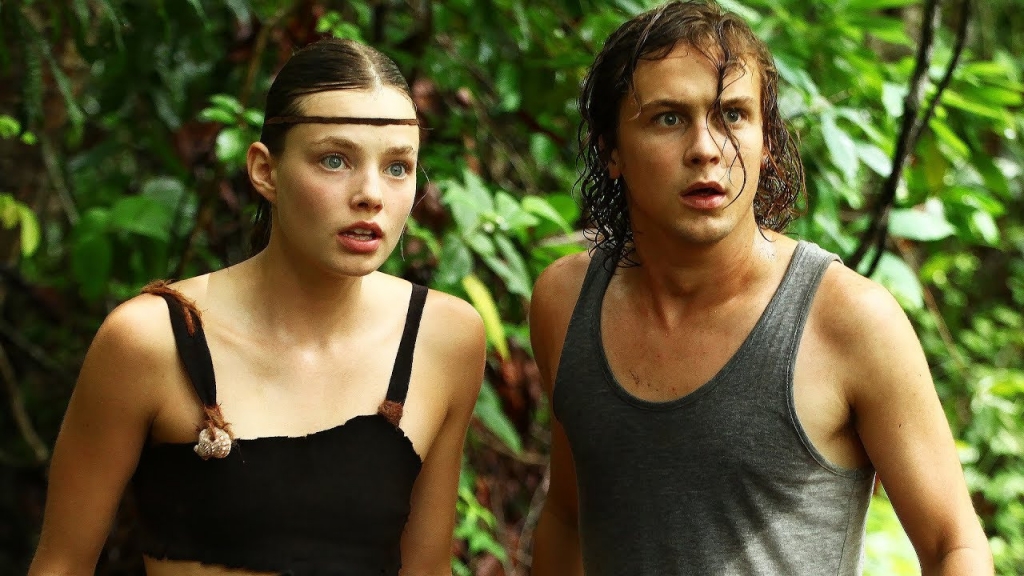 “It’s your own slice of paradise.”

From Blumhouse Productions and Hyde Park Entertainment, Prey is the story of a young man (Logan Miller) who ventures out to a remote island as part of a ‘Lost and Found’ program with the sole motivation to “find himself” after his father’s murder. Toby’s guide Kay (Jerrica Lai) is quick to explain to him that many would pay exorbitant amounts of money for this sort of primal journey toward self-discovery, and urges him to make the most of it by selling the island as a chance to come face to face with his grief and discover who he truly is in the wake of his tragedy.

While he’s only meant to inhabit the island for three days, it’s clear that Toby is inept from the start, barely stepping foot on the pure, white sand beaches before he gets robbed by a monkey and becomes ill. 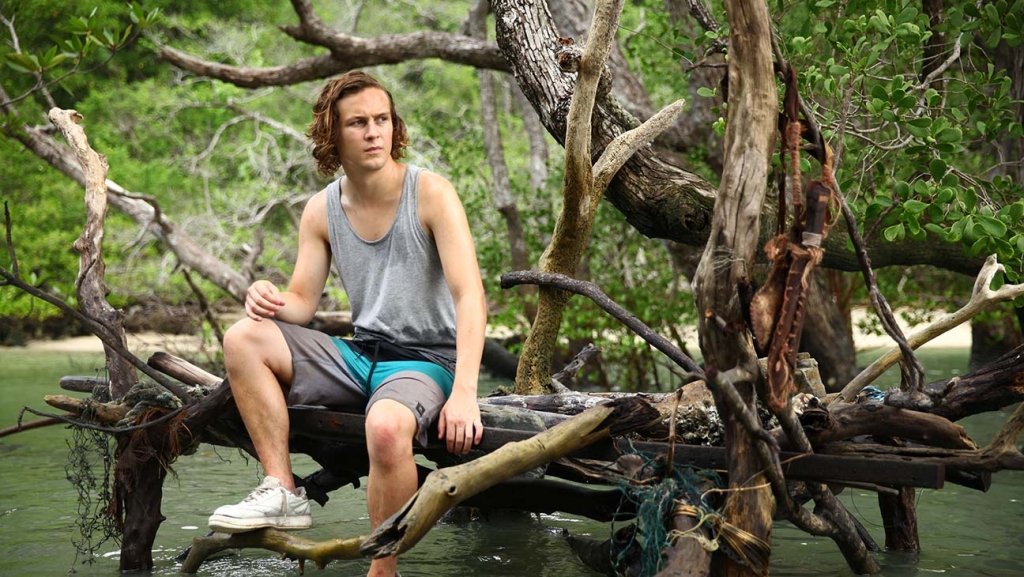 Given the film’s short run time, it’s quick to get into the action, teasing the sinister forces that are stalking Toby from the second he is alone in paradise.

He quickly teams up with Madeleine (Kristine Froseth), who makes it clear that she’s been on the island for some time and is not only well-aware of the dangers, but well-equipped to fend for herself, which she proves by wrangling them dinner and saving his life from a venomous snake within mere moments of their initial meeting. Her ominous warnings about the island’s dangers and what Toby must now do to survive set the tone for what I expected to be a sun-soaked thriller, chock-full of creature violence and jump scares.

The pacing of the film led to many a jump scare, especially when backed by the island’s unyielding landscape where danger seems to lurk at every turn. But ultimately, they were ineffective in delivering any true terror. 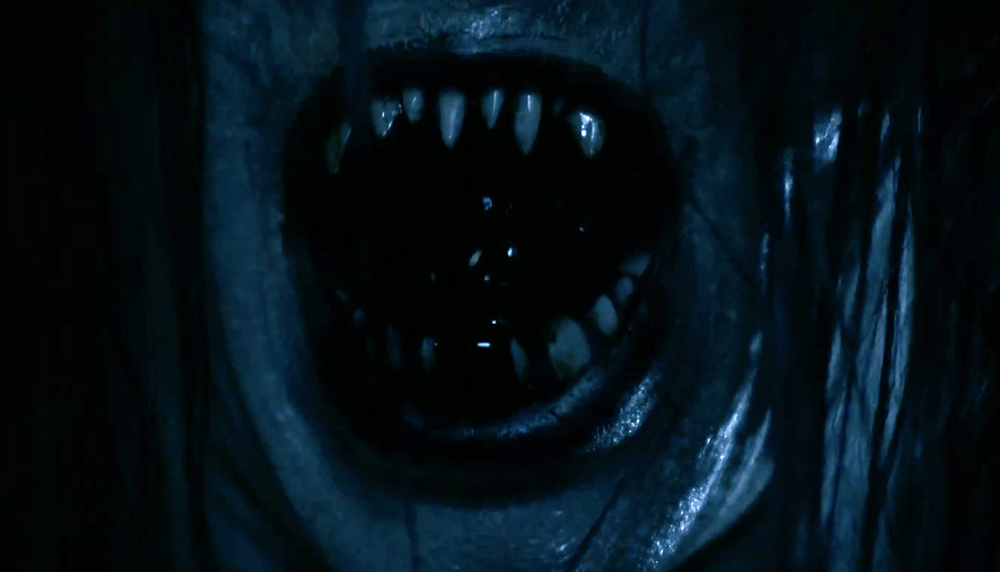 I expected more from director and co-writer Franck Khalfoun.

He breathed beautiful new life by giving horror fans his remake of the beloved slasher classic, Maniac, in 2012. Additionally, its backing by Blumhouse Productions, which to many is revered as “the” studio for modern horror blockbusters, Prey seemed like it would be a sure winner.

However, the plot seemed rushed and uninspired, with nuggets of goodness interspersed in a lot of vague uncertainty. There was never a clear narrative in Prey until the last twenty minutes, which given that the film is an hour and twenty-five minutes, isn’t really a good sign.

During the film’s first act, I found myself lost in speculation about what kind of movie this was going to be: it steered itself in multiple directions, and that was perhaps the point. Was it a creature feature? Were the island’s few residents some kind of cannibal hunters working with the ‘Lost and Found’ group’s organizers to keep a steady supply chain of delicious humans? Was this meant to be more of a slow descent into madness where Toby’s only real threat was himself?

I’m not going to spoil it for you, but the ‘twist’ that Khalfoun places in the climax of the movie was a small surprise that ended up suffering by following every possible, predictable path after its big reveal. 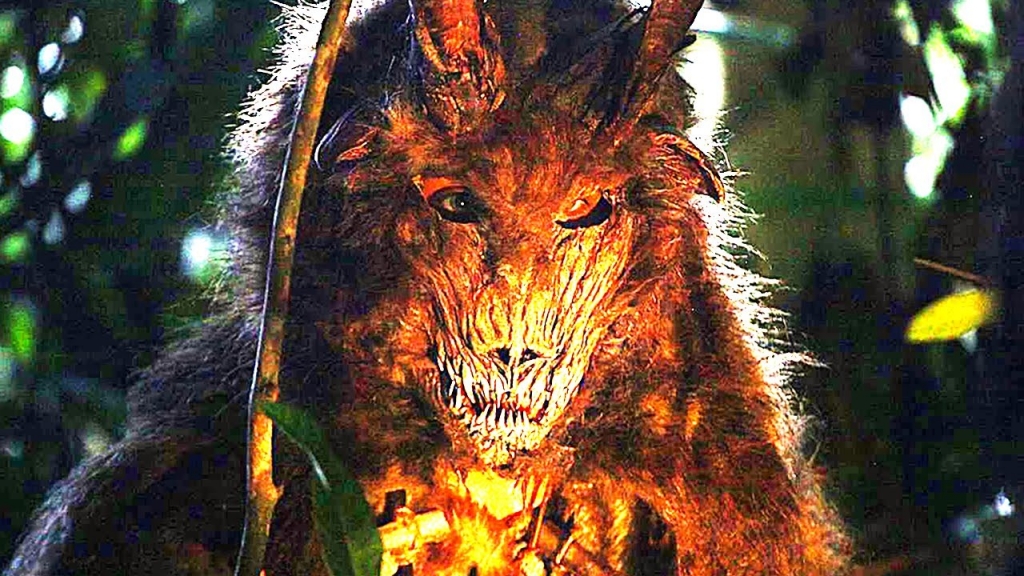 Fans of the ‘trouble in paradise’ sub-genre will likely enjoy the scenery in Prey because its tropical island setting does allow for a creeping feel of immediate danger that never really lessens as the film moves along.

Toby is an interesting protagonist as well, because it’s easy to put oneself into his shoes, as many of us would be equally screwed if we suddenly were dropped on a deserted island and expected to survive.

Froseth’s Madeleine is the shining star of Prey if there ever was one, giving a no-nonsense performance that allows many horror lovers to revel in another strong, female character taking point on the screen. She is no damsel in distress, and Toby is certainly no barrel-chested, heroic savior. 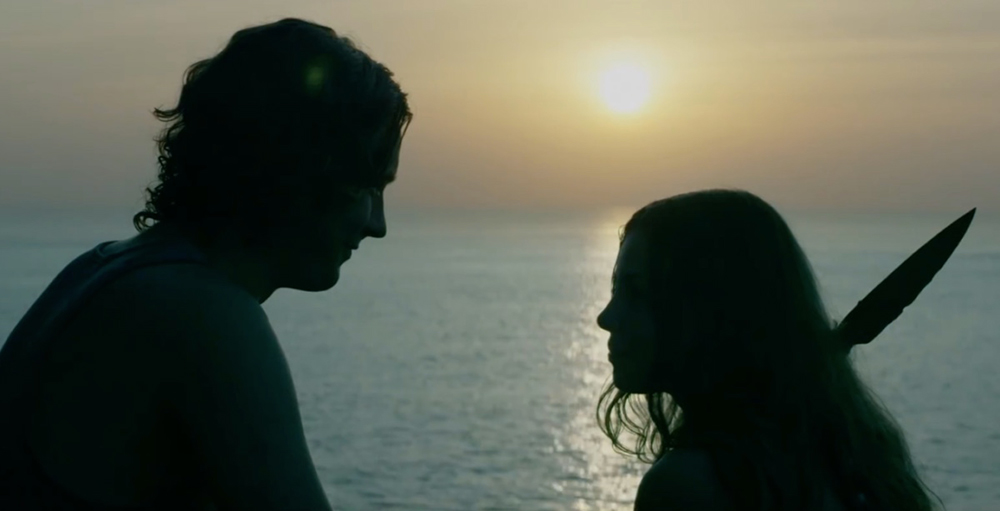 A few of the scares in the film were effective, but Prey’s PG-13 rating doesn’t allow for much in the way of bloody, creature violence.

Although, we do get some payoff in the way of CGI effects that are decent, if not anything completely original. My biggest critique of the film is that it does seem to suffer from a bit of an identity crisis that never feels completely resolved. It nods to films like Blue Lagoon and Castaway with its clandestine teenage love affair in sweltering paradise and an unlikely island resident who was plucked directly from the technology-obsessed society that has reared us all.

Ultimately, Prey is short enough that you won’t feel like too much of your time was wasted if you give it a go.

The budget is there to stylize and smooth the edges of what the film lacks, and it’s pretty to look at with its sweeping panoramas of lush forests that hide a sinister edge.