Even if you’re ambivalent toward Predator films, you should give “Prey” an earnest chance; this extraordinary film will likely surprise you. 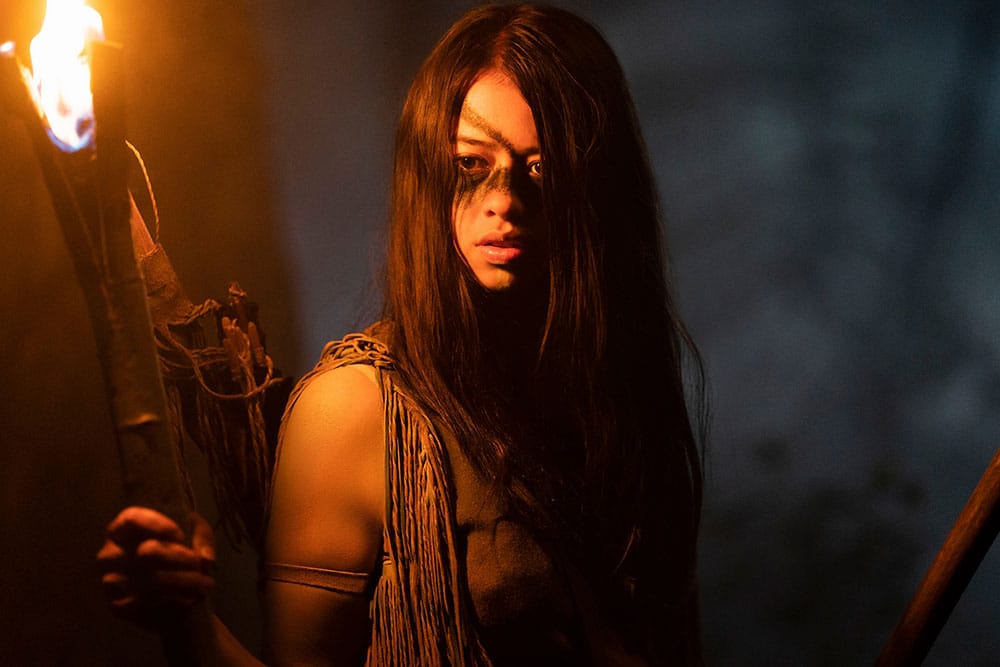 Prey, the latest installment in the Predator franchise, is the best and most ambitious entry yet.

The fifth film in the series easily outshines any lackluster sequels like Predators (2010) and brings new perspectives and ingenuity to the forefront, proving that there is more than one way to kill a Yautja and tell an engrossing story.

This long-awaited second feature film from Dan Trachtenberg, director of 10 Cloverfield Lane, is a bold love letter to sci-fi horror and Native American peoples and their enduring culture.

Set in the Comanche Nation roughly 300 hundred years in the past, Prey follows Naru (Amber Midthunder), a young woman carving her own path as a hunter in her tribe despite drawing ire from her peers, mother, and brother. Many of Naru’s days are spent training and perfecting her form, aided by her well-trained and brilliant Carolina dog, Sarii (Coco).

Soon, Naru starts to track a creature that is unlike any other, one that is not of this earth. Armed with her trusty tomahawk and her wits, Naru must fight to protect herself and her people from one of the most legendary hunters around: the Predator.

What transpires is a breathtaking and pulse-pounding story that challenges the idea of who is predator and who is prey.

As a director, Dan Trachtenberg is in his element with Prey, crushing the idea of a sophomore slump. 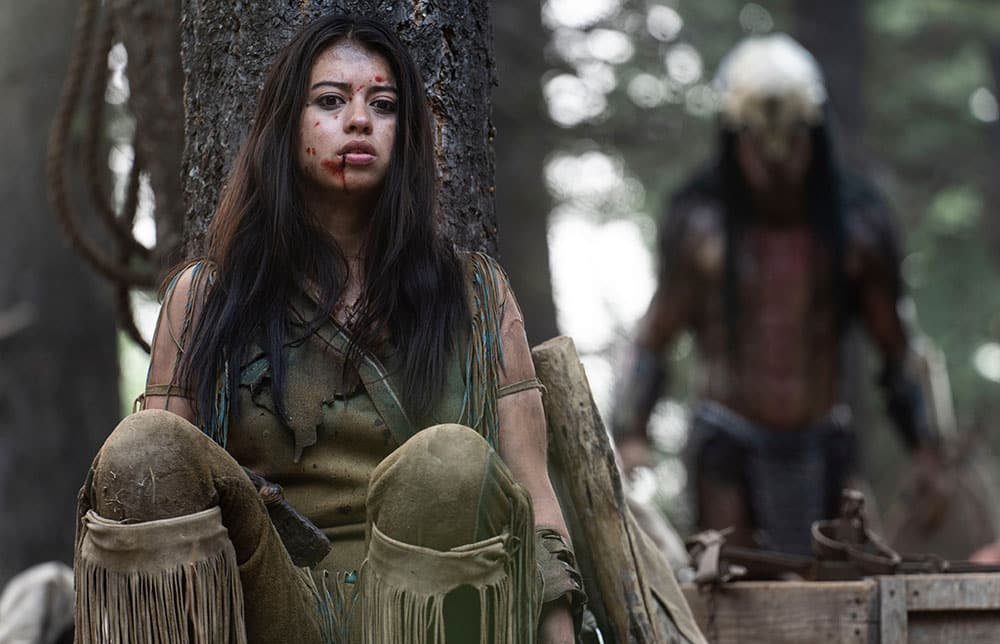 Trachtenberg deftly helms the film with the confidence of a far more seasoned director and proves that his success with 10 Cloverfield Lane was not a fluke but a taste of untapped sci-fi horror talent.

The viewer can tell that Trachtenberg loves this story, what it stands for, and the characters.

There’s a quiet passion in the DNA of Prey that helps bring the film to life, a devotion that comes from a man who has been helping realize this project for quite some time. It’s also interesting to watch Trachtenberg’s mastery of films that are set in small and large spaces and still make them feel equally claustrophobic and involved.

Screenwriter Patrick Aison delineates fascinating characters and scenarios and adds to the film’s undeniable magnetism. Aison’s characters are triumphant, flawed, and multi-faceted in a brilliant way.

Naru’s character arc is one of the most satisfying ones in recent film memory and will surely secure her place as one of horror’s best modern heroines.

Aison’s plot melds together the violent and the heartfelt, creating a movie that is bloody and relentless.

The film is unfettered from the other Predator films, and it is better for it.

The writing makes it easy for those who haven’t seen another of the series to watch Prey as a standalone. 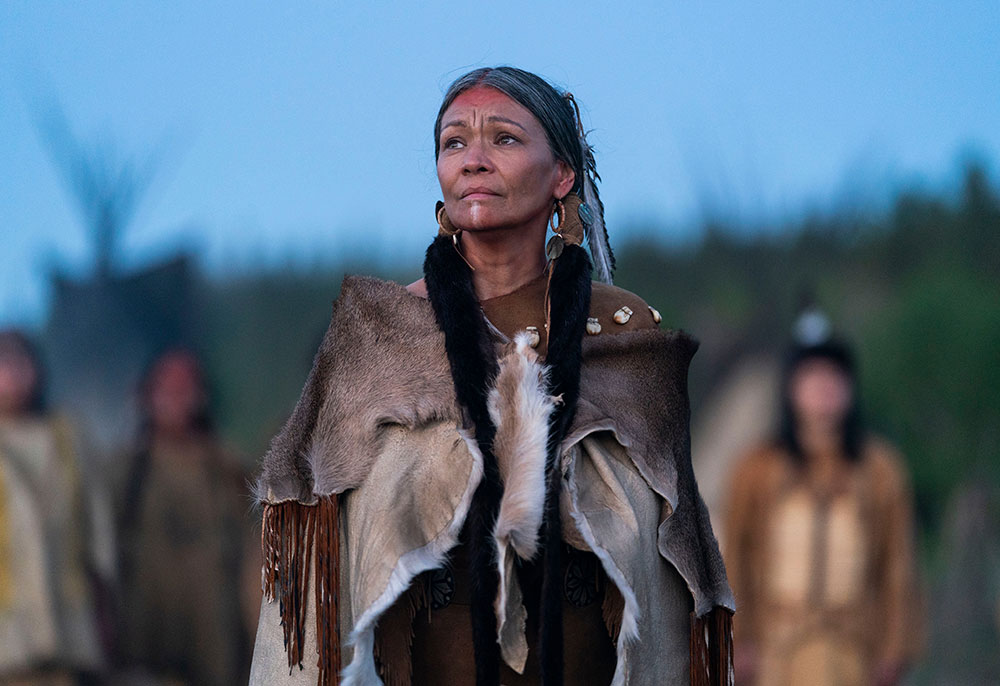 Amber Midthunder is the centerpiece of this film, and it’s difficult to imagine any other actress playing Naru.

Midthunder’s fierce and stunning commitment to the character’s spirit and physicality buoys an already strong film. If this performance is any indication, Midthunder should be well on her way to becoming a household name and horror royalty at that rate, as well.

The supporting cast — which notably includes Dakota Beavers as Naru’s brother Taabe and Michelle Thrush as their mother — is excellent and matches Midthunder’s dedication and intensity measure for measure. They help round out a stellar cast that mostly features Native American talents.

On a technical level, Prey is solid and masterful.

Schachner’s thrumming instrumentals help propel the film’s engrossing atmosphere, and Castello and Catanzaro’s clean cuts make the viewing experience even more enjoyable. The film also contains some of the most impressive fight choreography of 2022.

And, of course, horror fans should appreciate the bounty of cool kills and gore.

There’s a little bit here for everyone to love.

From costuming to make-up to sound design to special effects, Prey is a feast of artistic collaboration and should be recognized as such. 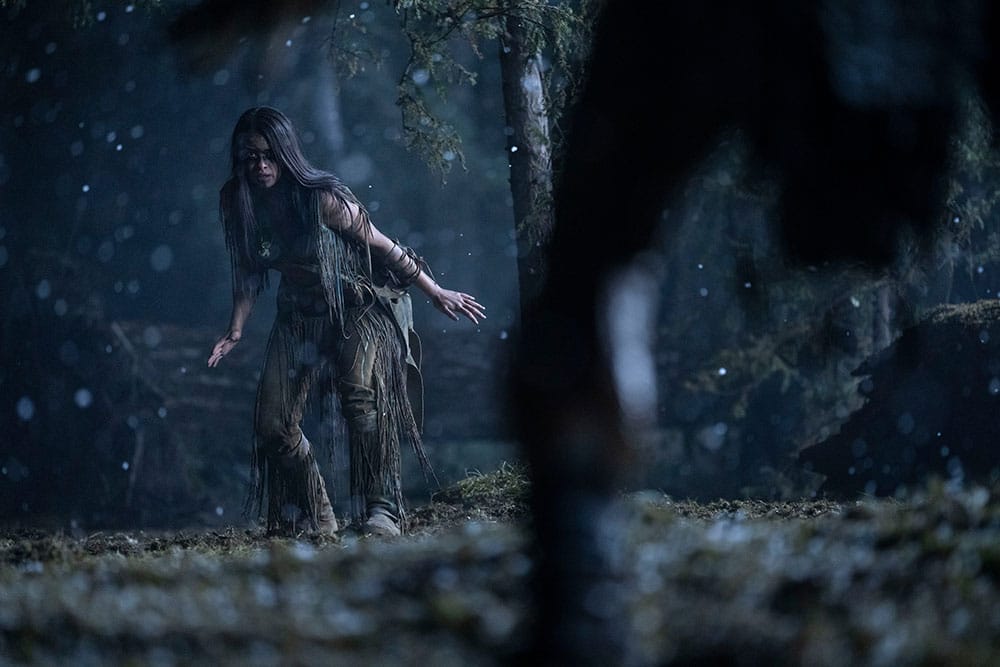 When the film releases on Friday, August 5th, viewers will have the choice to watch the film in the Comanche language entirely, an experience that Myers seems extremely excited about. The Comanche dub was not available for reviewers, but the film still used Comanche language interspersed with English.

Having seen the film in English, I can say that this reviewer is even more excited to watch the film in Comanche and see how it enhances an already electrifying cinematic event.

Trachtenberg and company successfully have resuscitated a franchise that has been on life support since the 90s, creating a film that is unique and artful.

Prey is sci-fi horror at its gritty and gristly best, and it paves the way for even more inventive installments in the Predator canon.

So, if you’re free this Friday night, you will definitely want to join this thrilling hunt. 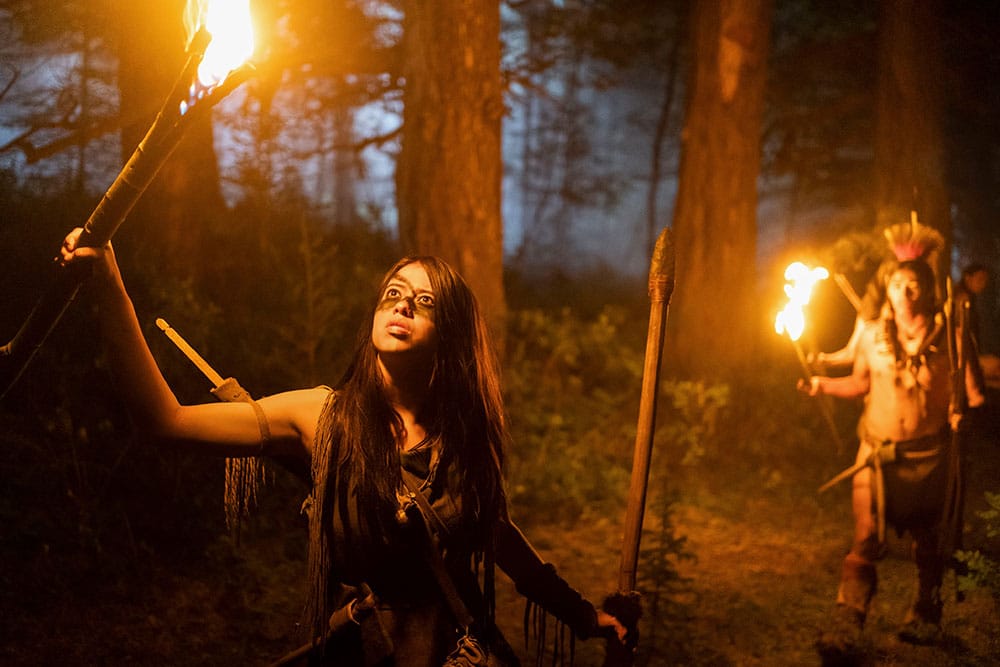 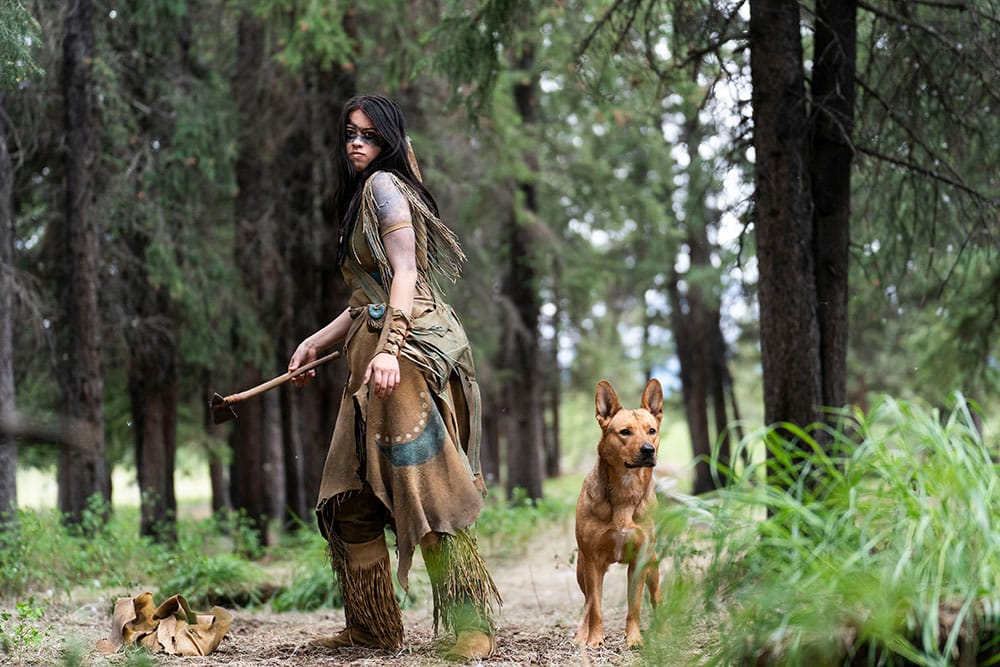 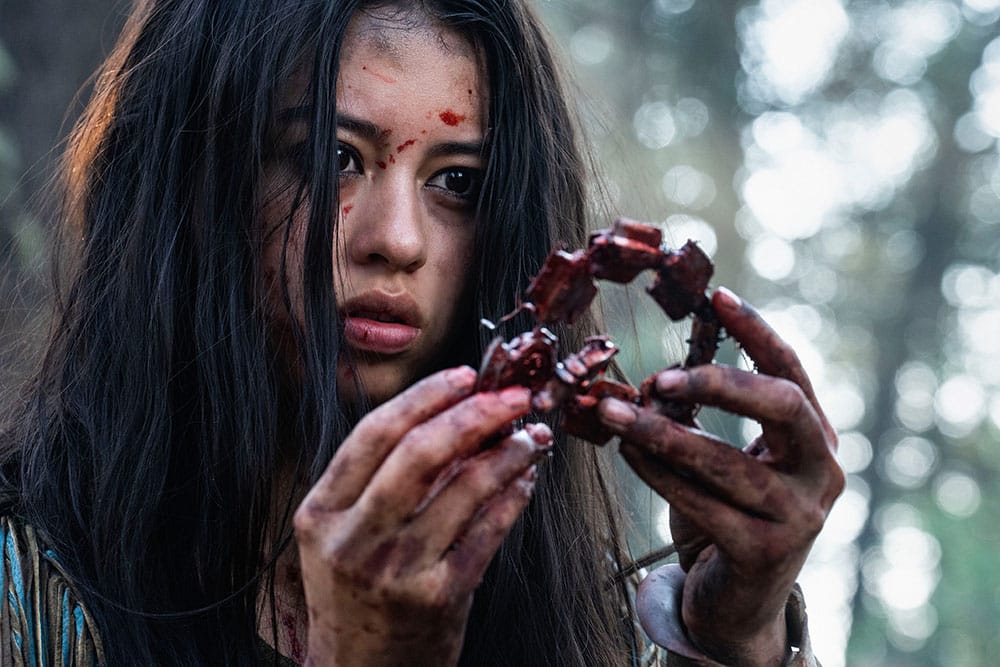 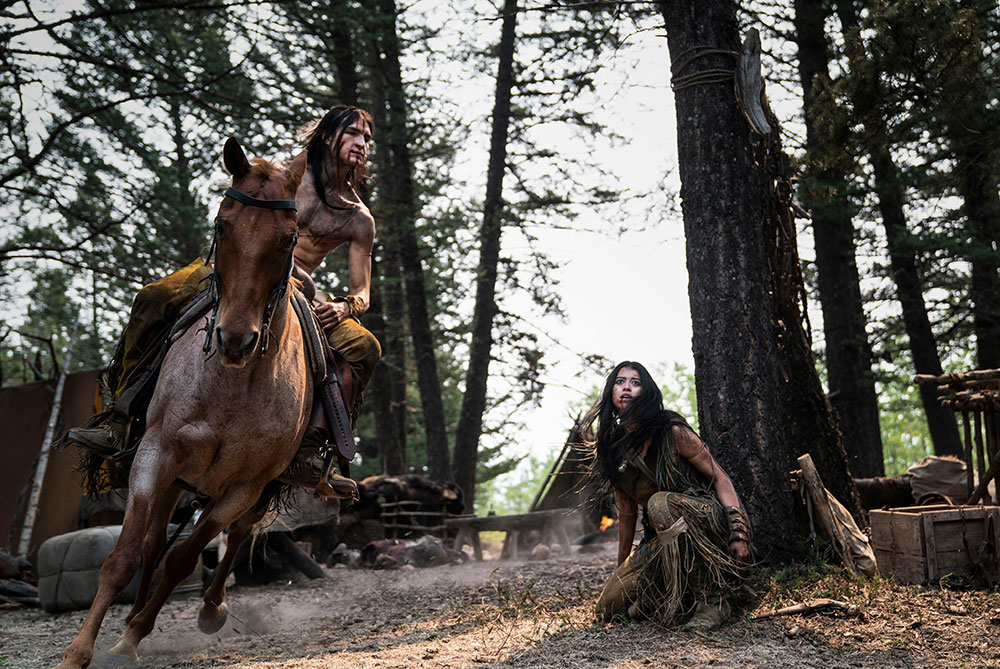 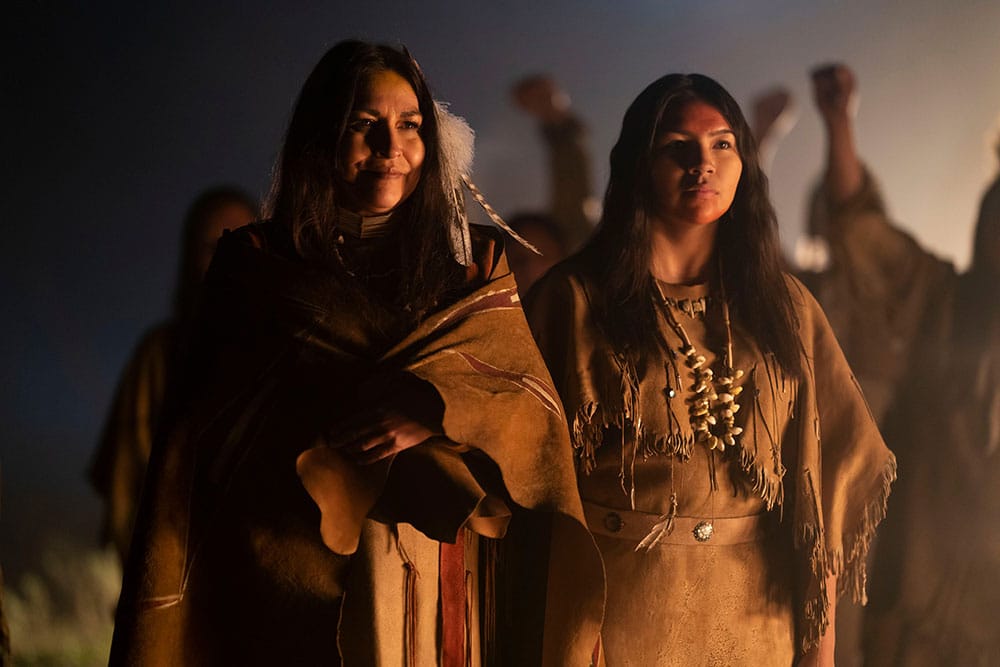 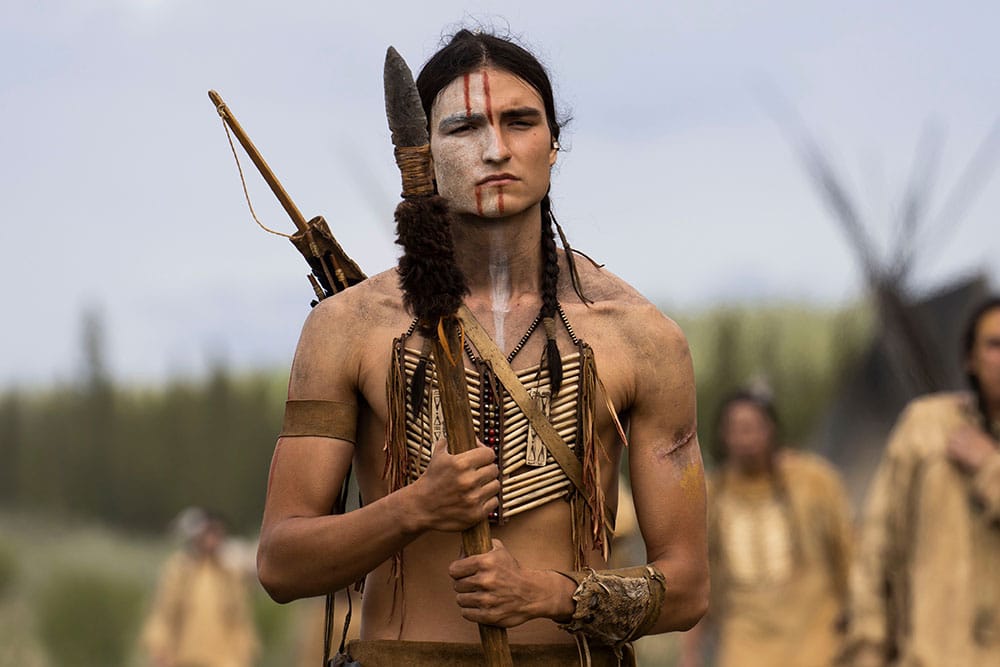