The premise for the supernatural British horror movie “Scrawl” about a deadly comic book is interesting, but the execution is sadly less so. 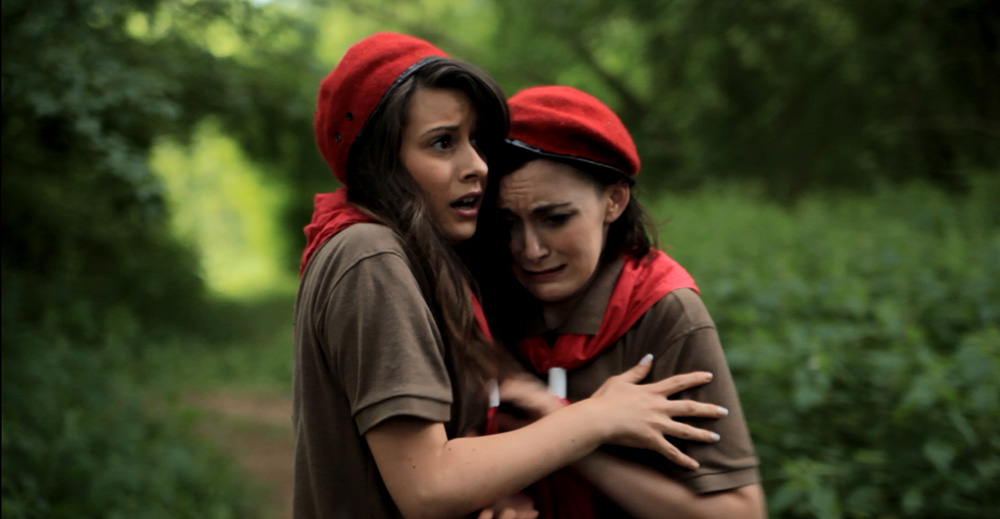 Scrawl is a British horror movie that was first released across the pond in 2015. Now those of us in the U.S. have the chance to watch it too — but is it worth it?

Not to be confused with the recently released creature feature Crawl, which has an alligator terrorizing people during a hurricane, Scrawl is about a comic book come to life. Unfortunately, the movie doesn’t feel like it takes advantage of what it could do with that premise. 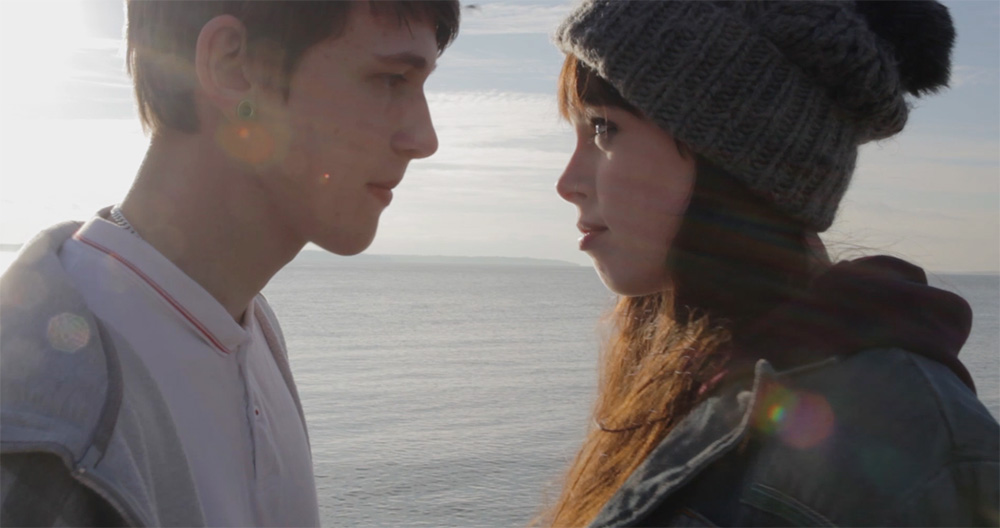 The film follows a group of (probably) teens and their parents, all of whom seem to be going through tough times, though it’s never quite explained what happened or why. Two of them, Simon (Liam Hughes) and Joe (Joe Daly), aren’t quite friends but are working on a comic book together. As you can guess, this is the comic book that puts everything in motion, and it’s titled “Scrawl.”

The audience rarely sees much of the comic book, which probably serves to keep the forthcoming events of the movie hidden, but it would have been cool to see more than bits and pieces. 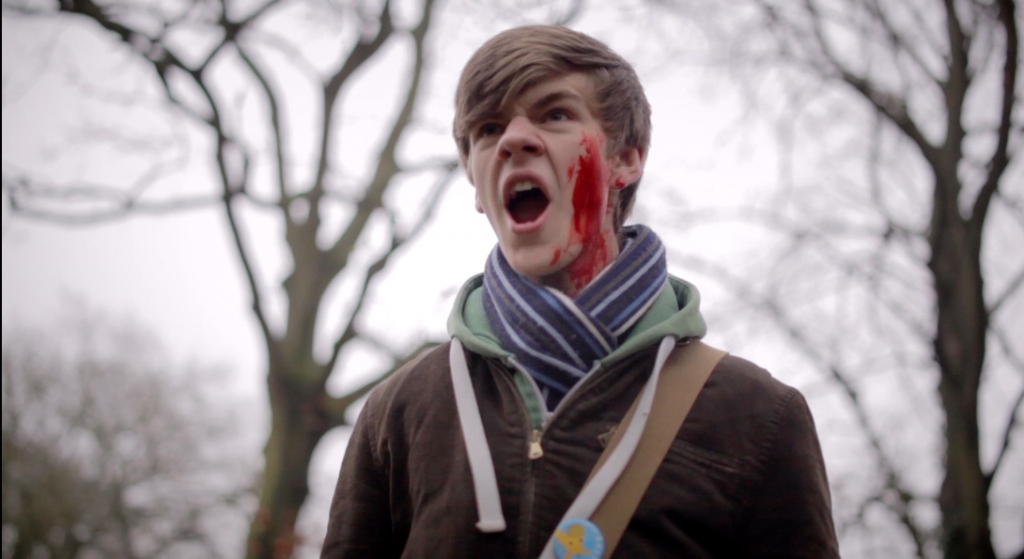 A lot of this movie is told in a non-linear narrative structure, with lots of flashbacks and flash forwards.

There’s also plenty of enigmatic whispering going on, though where — or who — it’s coming from is unclear most of the time. Sure, it’s a supernatural film in which a comic book story starts coming true, but some things should still be explained to the audience.

Writer/director Peter Hearn utilizes a few interesting visuals and tools, but overall seems like he’s unsure what he wants to do. It almost feels like a movie made among friends, which is fine, but the quality suffers at times. Some things are explained directly to the characters and audience, while others happen with no hint as to what they mean. 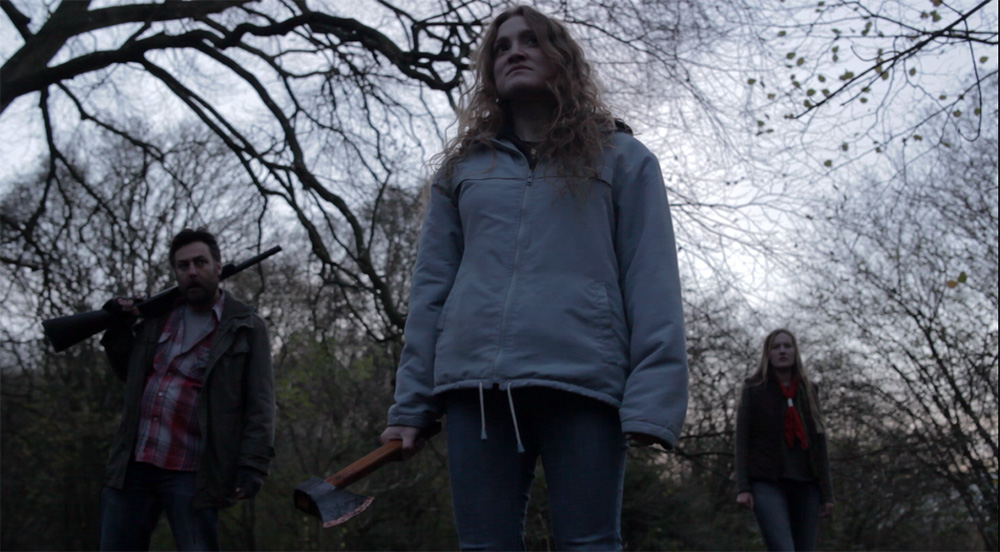 You also might expect that Scrawl is full of unknowns. And it mostly is, at least for U.S. audiences.

But there’s one exception: Daisy Ridley (yes, the one from Star Wars). She plays a mysterious character named Hannah, who doesn’t show up until roughly the second half of the film. We see Hannah’s name early on the film, but her significance isn’t explained until much later.

That is one of the strengths of this movie: Several flashbacks and flash forwards that we see in the first 10 to 15 minutes do loop around and make more sense by the end. And a repeating motif of a camera comes into play satisfyingly. 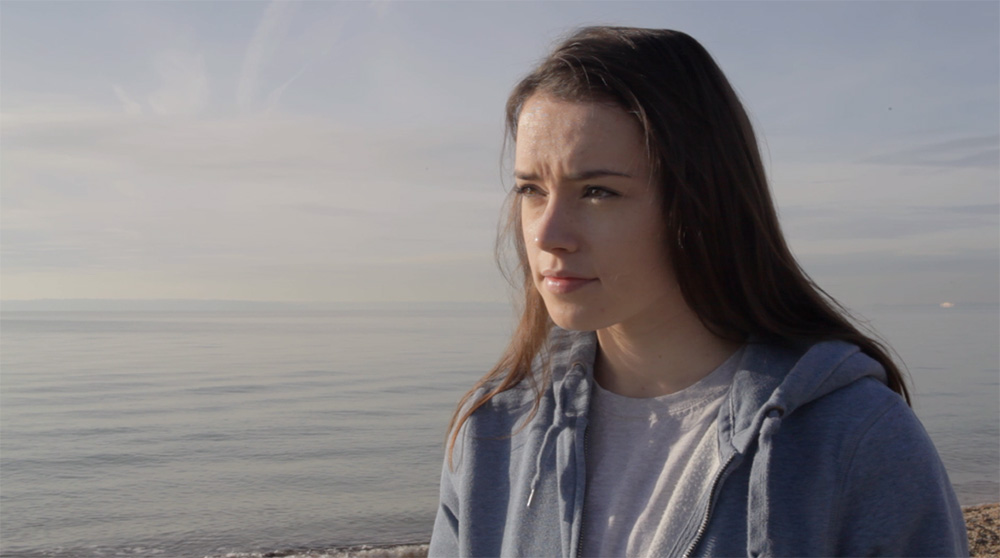 The premise doesn’t really factor into the movie, at least for the protagonists, until about the midway point. That’s when people start turning into monsters (literally) and killing nearly indiscriminately.

There’s a lot of blood, but only a few gruesome onscreen deaths. One in particular happens on a beach, and it stands out for the impressive special effects. Most of the effects, in fact, seem pretty high-quality and not as cheesy as you might expect.

One weird thing about Scrawl is that the killers are all girls and women (with the exception of the comic book’s writers and a creature called The Brute that is created by the women). 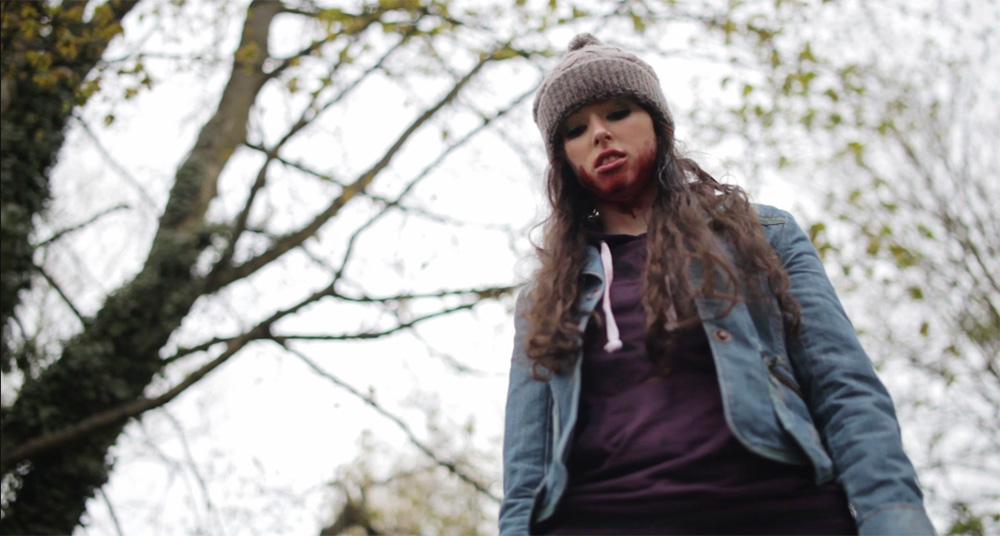 Most of those they’re trying to kill are boys and men, though they’ll also kill girls if they’re in the way. It didn’t feel like fellow British film Doghouse, which is a satire about how men treat women — and how women get revenge. Instead, it felt like a teen boy’s point of view, and not just because the protagonist was one.

Most of the actors who played the parents did a fine job, and Mark Forester Evans (who played Joe’s drunken father Frank) stood out as a strong point. Daisy Ridley, while not having much to work with, also did a great job. The younger actors were largely hit-or-miss, but none of the performances were laughably bad; the worst of them were mediocre.

Scrawl isn’t a very long film, clocking in around 80 minutes. If you want a quick watch with a creative premise — or if you’d like to see Daisy Ridley before she was Star Wars-level famous — you can check it out on YouTube, Amazon Prime, Vudu and Google Play.