The groundbreaking streaming horror service, Shudder, gives voice to women in horror with its excellent podcast “She Kills” hosted by Adrienne Barbeau. 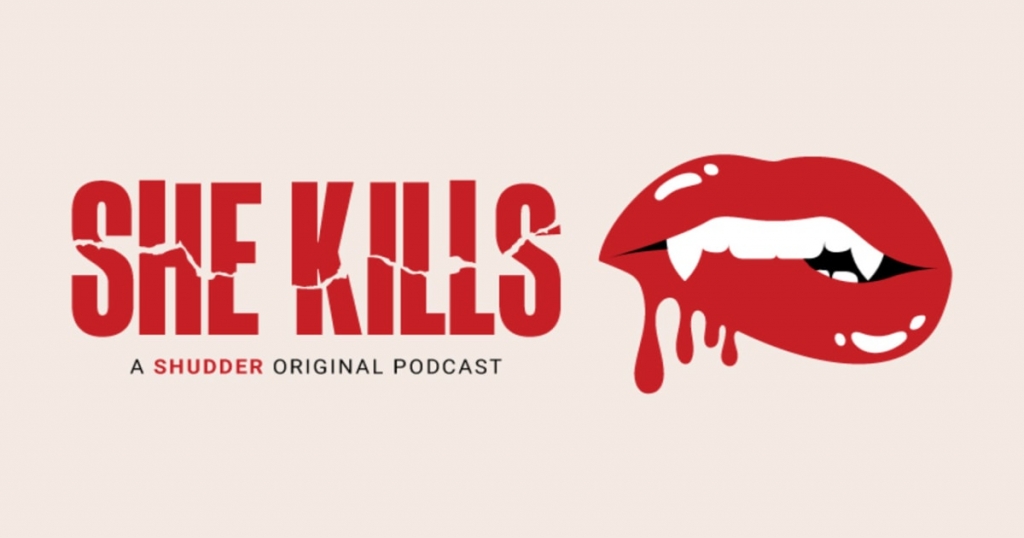 By sheer volume alone, horror is better than ever. And that’s just the problem. Once upon a time, when all the channels on TV would barely make a multiple-choice question, our beloved genre was relegated to midnight movies and, depending on the zip code, a local horror host. These public access personalities took on a mythic status among the devoted, and for good reason. To many, they were the very stewards of horror.

They introduced the ghoulish, grotesque, and gravely low-budget to any squishy young mind bold enough to watch through their fingers. Hosts became electronic friends and tastemakers. Cable turned the horror disease into an epidemic. Elvira. Mystery Science Theater 3000. Shudder’s own Joe Bob Briggs. All spreading the good, gory word and shining a light not just on the films, but the filmmakers, too — ferrying the faithful along the ever-widening river of TV. 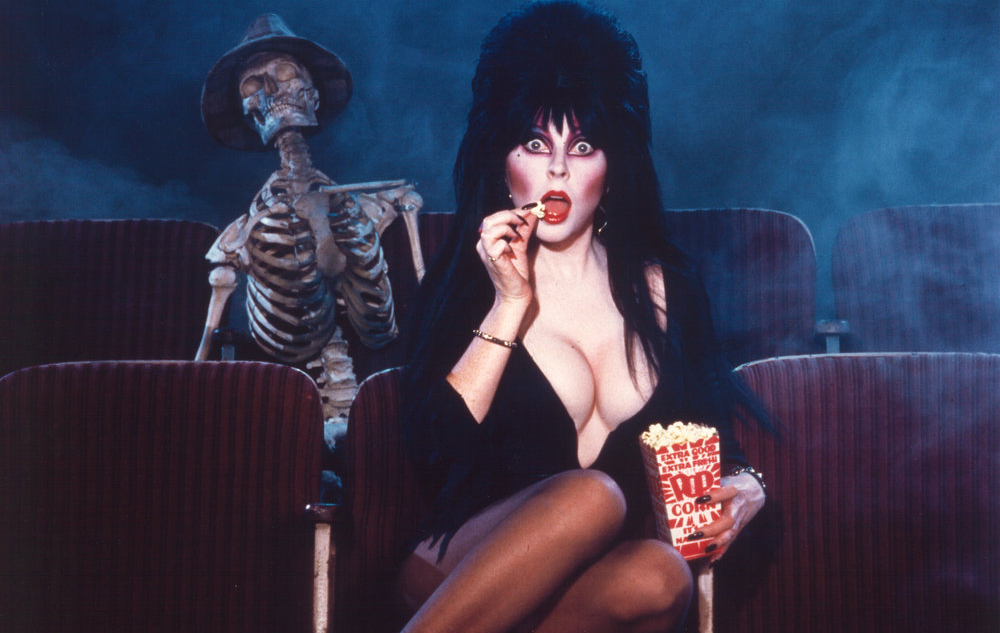 Today, the streaming world has turned that river into an open ocean that rises about an inch every few days. What lurks in the shadowy depths below the weekly Netflix original? Which up-and-coming genre voices are worth seeking out? When will one of these services finally pick up 1982’s Alone in the Dark, where Donald Pleasance cuts Martin Landau in half the long way? There’s more horror on the menu than ever before, but good luck finding the right waiter to ask about the specials.

There are sites like this, if the curious don’t mind swapping one screen for another. There are still hosts out there doing God’s work. Take a look at Elvira’s convention crowds and Joe Bob’s server-crashing resurrection for evidence of that demand.

And, of course, there’s Shudder, with guest curators and deep cuts…and its new podcast, She Kills. 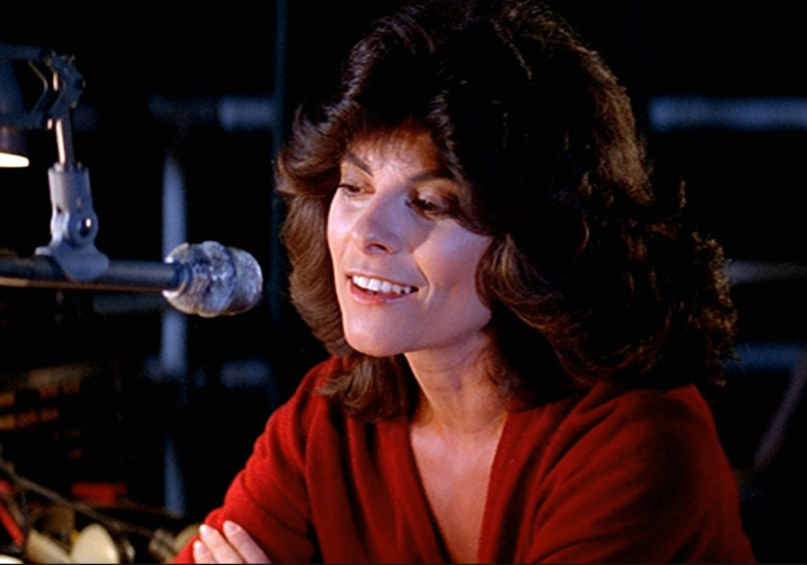 As every horror outlet on this vast internet already told you, it’s hosted by Adrienne Barbeau. What they didn’t tell you is that she’s a sly bit of subterfuge. Barbeau is more horror host than podcast host, introducing each episode before handing it off to separately recorded interviews between familiar names and names you should familiarize yourself with.

There may be a momentary sting of disappointment for listeners expecting a full half-hour of horror’s greatest lighthouse-based DJ, but stick around past her introduction and you won’t notice you are five episodes deep and birds are chirping outside again.

She Kills spells out its mission statement at the top of every half hour: “Everything we love about the genre that has given women some of the most iconic roles in film history”. It spends the rest of its time celebrating, examining, and questioning horror’s historic progressive streak. 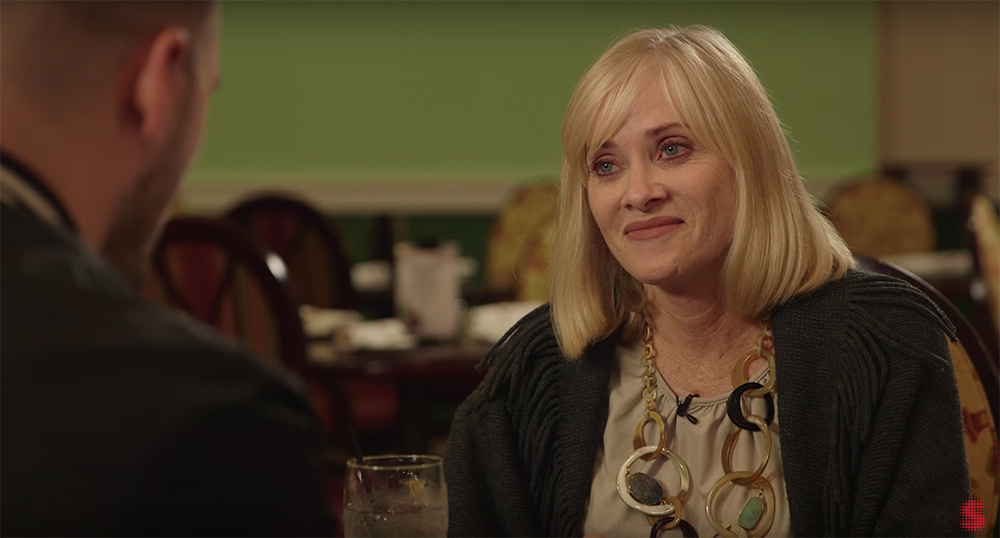 Take, for example, the storied Final Girl. As a former Final Girl (Re-Animator, Chopping Mall, From Beyond, etc.), now producer (Beyond the Gates, an upcoming Castle Freak remake), and forever patron saint (see previous and watch any given interview), Barbara Crampton credits horror with giving women the chance “to be kickass and badass in capacities that other genres haven’t given us.”

It’s part of what inspired her recent work behind-the-scenes: “I want to help more women get the roles they deserve.” But Clarke Wolfe, actress (catch her in the Fangoria-produced Satanic Panic), host, and episode partner, grew up in the post-babysitter-murder era of Scream. Going back to the drive-in standards after seeing them deconstructed down to the hockey mask, she didn’t quite feel the power. “I’ve had to watch 90 minutes of other women getting killed…why does only one get to make it out?”

On some podcasts, even the slightest squint at a movie gilded by pop culture would provoke a three-man acting contest from the hosts to see who could be the most shocked.

In She Kills, Crampton says, “Let’s explore that,” and they do. 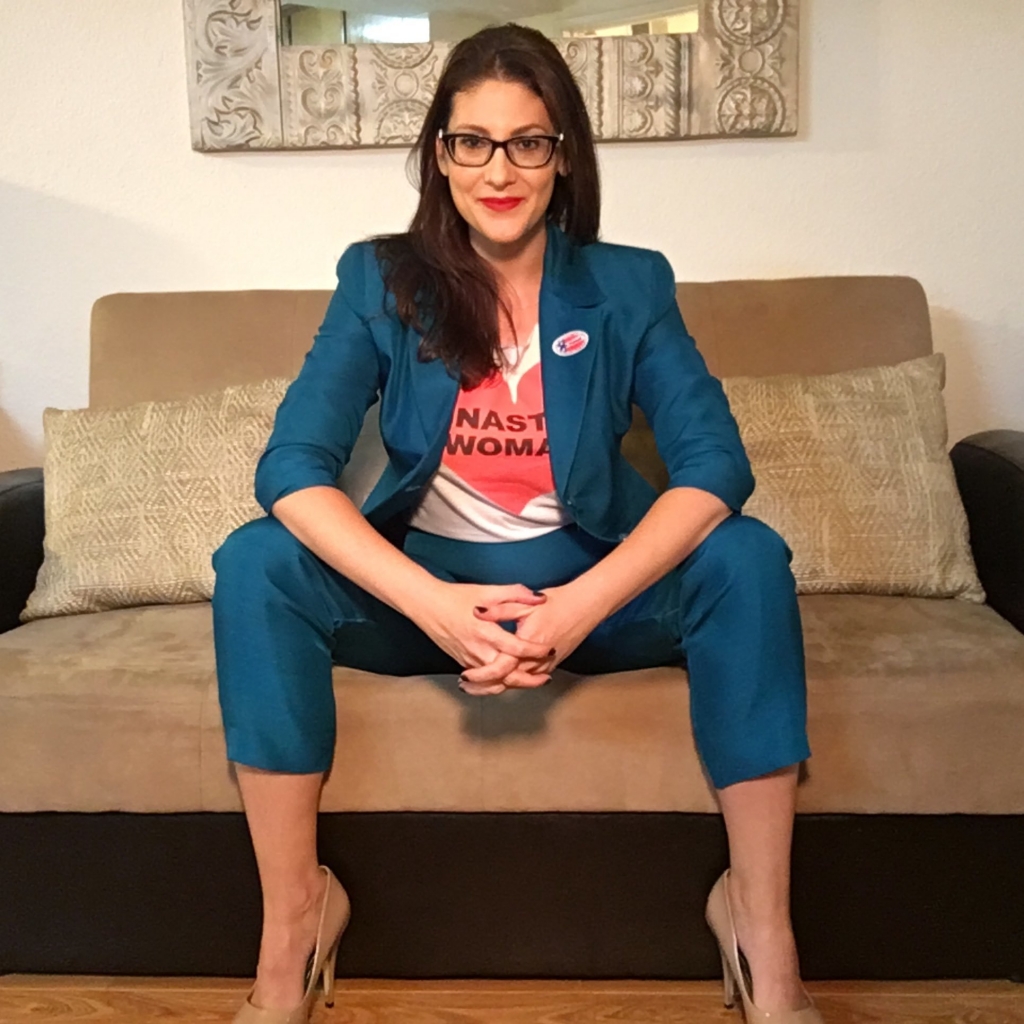 The conversation turns toward last year’s Halloween and the Badass Warrior Woman archetype as set down by James Cameron. It’s Wolfe who points out the worrying way they’re all minted —  “stripping femininity out of these characters.”

In a later episode, director Anna Biller (The Love Witch) considers both The Final Girl and The Scream Queen, its proud evolution, reductive, saved only by the talented actresses “locked in to play ‘badass bitches’.”

“They’re like lonewolves; interesting, but not really the world I live in,” says Karyn Kusama, director of Destroyer and The Invitation, in yet another episode, as part of her discussion on the similarly frustrating and beloved genre equation that sexuality equals death.  “Women’s bodies are just bodies; women’s lives are secondary…do we just have to turn into monsters? Is that’s all that’s left for us?” 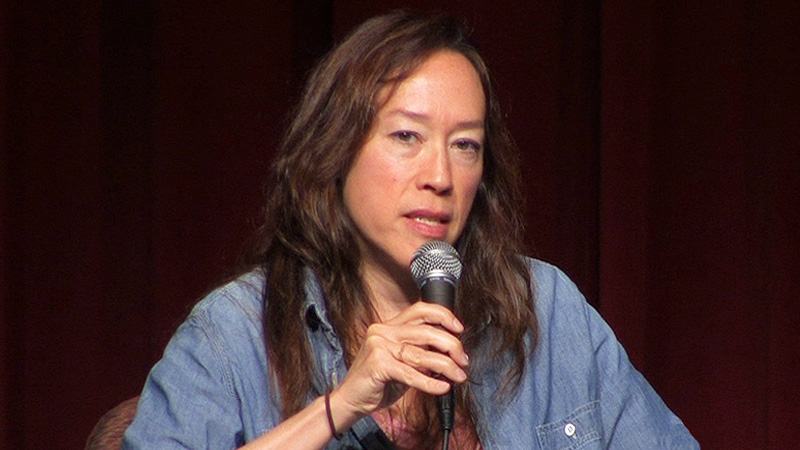 It’s both a bite-sized synopsis of her infamously dog-piled and freshly reappraised 2009 horror-comedy Jennifer’s Body and a damning indictment of a world that hasn’t changed much in the decade since.

Emily Deschanel, star of Bones and Boogeyman, points out the genre’s reputation as proof it’s where these stories should be told: “Horror being treated like a second-class citizen…this is the place for everyone to be depicted.”

That spirit, ultimately, is what makes She Kills such a necessary listen. 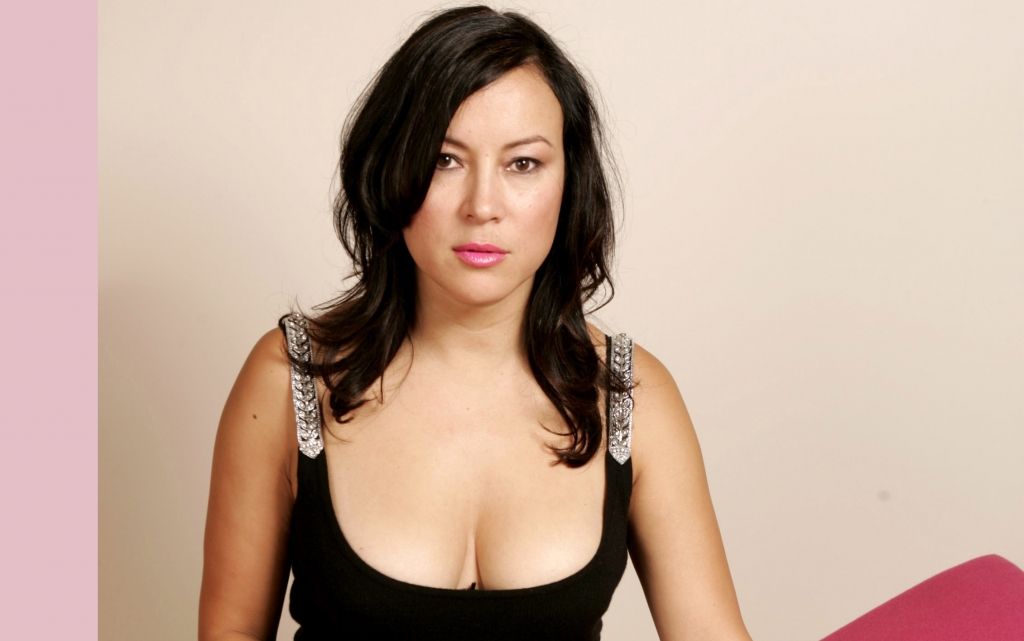 There’s plenty of genre-wide dissection in the talks — Child’s Play royalty Jennifer Tilly obliterates 96% of modern mainstream horror in a sentence: “The new cliché is right after the ‘Phew,’ that’s when they get it.” But the power is in the perspective. Reconsider Janet Leigh’s bait-and-switch leading role in Psycho as an equal-opposite to the Final Girl: a woman who’s confident, conniving, and sex-positive that dies by the second act because of it.

Actress, filmmaker, and classic movie maven Illeana Douglas spells out the historical fact to the all-too-casual fiction of the Hysterical Woman: “It was a real fear…your husband was going to have you committed.” Rotten Tomatoes Senior Editor Grae Drake turns it on horror’s favorite film school fodder, that was not so coincidentally the product of a director terrorizing an actress to her breaking point, The Shining: “Do you think Jack Nicholson went crazy or started crazy?” 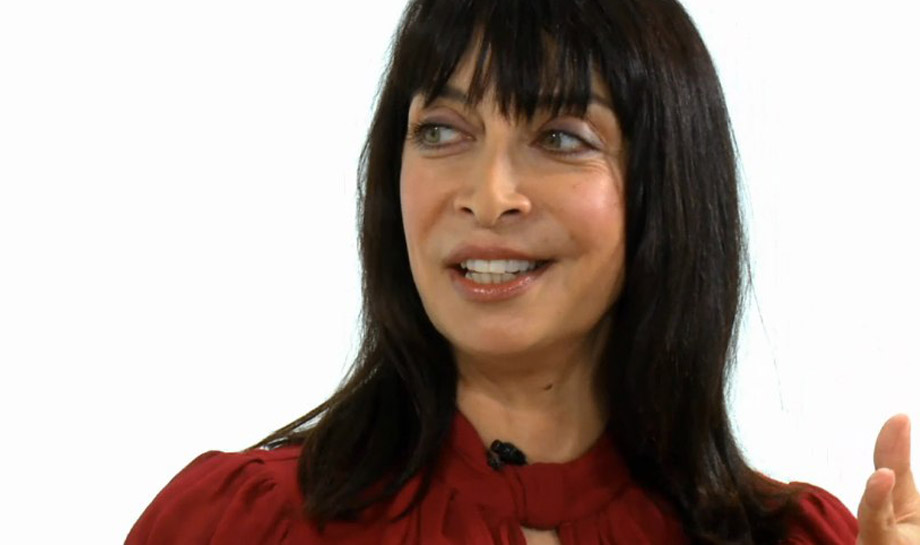 It’s easy to forget in our time of VHS-ready throwbacks and self-conscious labels like “Elevated Horror” that plain ol’ horror has always been more than just cans of cherry cobbler thrown at coeds. “Horror movies are about empathy,” says Dana Schwartz, author, culture writer, and correct person.

With more horror than ever before, we need more lighthouses, too. Not just for the movies, but the people making them. After praising Mandy’s unexpectedly feminist touch, Kusama goes on to wonder, “What are the imaginative detours that women are making that are that bonkers?”

The answer is easy — pay attention to the voices in She Kills. 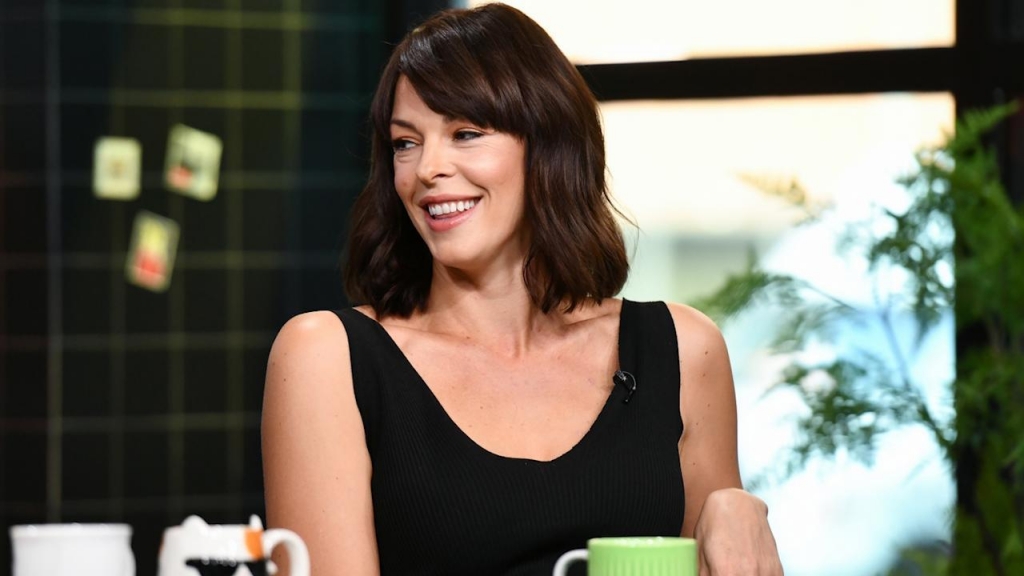 Hearing Adrienne Barbeau kick off each discussion and provide startling trivia, like J.J. Abrams’s involvement in Escape From New York, is worth a listen alone, but it’s the guests who might change the way you look at the genre that brought you to Shudder in the first place.

“Shudder is a place where you can trust it; it’s got an artist’s eye over it.” Pollyanna McIntosh, director of Darlin’ and star of The Walking Dead, puts best the streaming service’s own existence as a modern steward of horror. Every time you open it, you’re going to find “something new and something cool and something that’s worth your time.” Something like She Kills.