“Silent Hours” is a sultry and slow-burning detective thriller with a few gruesome moments and enough style to appeal to film noir fans. 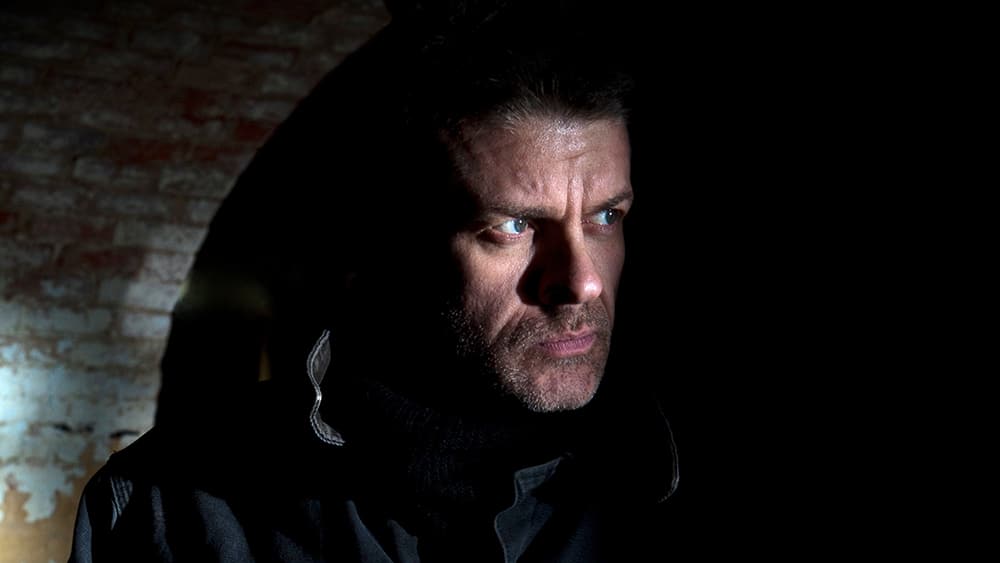 It was a dark and stormy night…

Except that it wasn’t.

Unlike most detective stories that start off in a storm, with up-close camera angles establishing the main character as a true hard-boiled type, Silent Hours instead begins in a therapist’s office, with the main character being psychoanalyzed. There are long takes showing the therapist’s sultry eyes. We see red marks on the main character’s wrists. The first conversation to take place is one of bedroom antics.

Right from the start, we think we know exactly the type of movie that we are about to experience.

And for a good chunk of Silent Hour’s running time, that is kind of the movie we get. It’s the kind of movie where the detective smokes like a chimney; where the women are always in their finest Victoria’s Secret unmentionables under their clothes; and where hints and secrets and double-crosses abound.

Indeed, these are the prime ingredients for many a good sultry detective story.

But for as much as Silent Hours positions itself to be just another whodunit with some sexually charged elements, that is actually NOT quite the story being told. 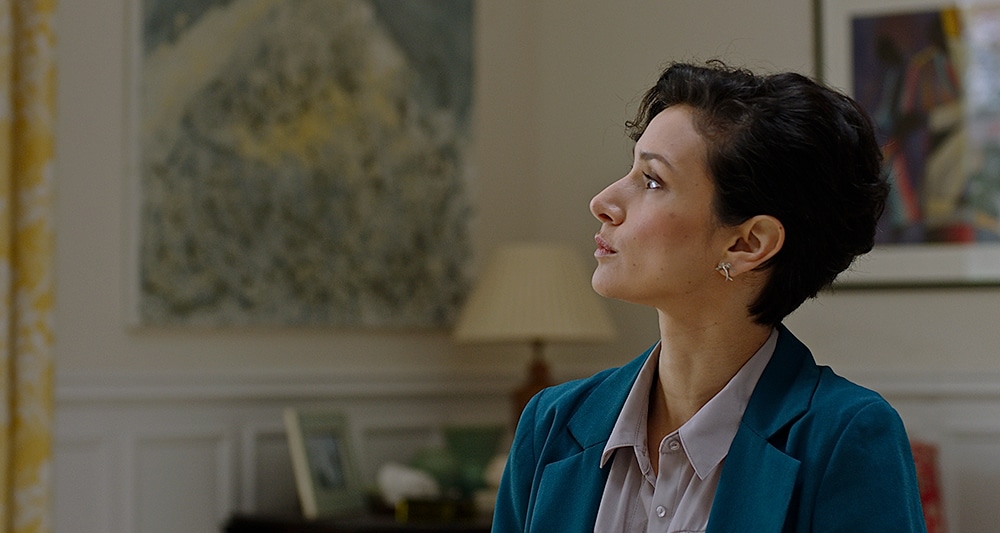 The official IMDB movie synopsis is as follows:

Private detective John Duval, an ex-lieutenant commander in the Royal Navy and Naval Intelligence, finds himself the prime suspect in a police hunt for a sexual killer when three women are brutally murdered.

What IMDB doesn’t say is that Silent Hours takes place in 2002, back when VHS tapes were still commonplace, when people still had answering machines, when cell phones were still pretty basic, and the internet was not the information powerhouse that it is today.

There is a legitimate reason for the specific time period, but that doesn’t come up until later in the film.

What I do find amusing is that it’s listed as a TV movie. But that’s because it’s a UK offering, where their standards for what can be broadcast on television are far more relaxed than what we have here in the States.

Nudity, softcore sexual situations, blood in buckets…Silent Hours has it all and would have probably caused more than a few heart attacks with American television censors.

And there’s nothing wrong with a little titillation in a movie, so long as there’s ultimately a reason for its inclusion.

Silent Hours does better than most in that department.

One of the therapist’s early questions to our main character, Private Investigator John Duval, is just how much of what he witnesses doing his job affects his own desires and fantasies. It’s an interesting question, even if the movie never quite answers it fully.

But I appreciate the movie at least tackling the concept. As Nietzsche once said, “…if you gaze long into an abyss, the abyss also gazes into you.” If someone spends his nights watching people being their worst selves, what kind of impact would that have on the watcher?

One of the main elements that can make or break a detective movie is the central mystery. Thankfully, Silent Hours has a doozy.

Pretty women getting killed in brutal ways is a mainstay of not only the detective genre but also that of the horror genre. It provides high stakes and immediate buy-in from the audience. Especially when the women in question are people that the main character knows.

The other main element for a successful detective tale is the detective himself.

P.I. John Duval is established right up front as an interesting character.

He’s obviously smart. Charming when he needs to be. Has varied sexual preferences and proclivities. He’s also a bit of a bastard (and I’m saying that in my most effective British accent). He’s kind of a mix of all the expected P.I. tropes; drinking and smoking with abandon, irresistible to women, suave with the police, with connections in all the right places. He also has his fair share of trauma, which the movie takes its time revealing.

There are two other characters with significant screen time.

One is the therapist herself, Dr. Catherine Benson, capably played by Game of Thrones’ Indira Varma. She has that mix of beauty and intelligence to where we can easily believe that she could make someone like John, who is extremely hesitant to talk about his past, open up as he does. Indira Varma has professionalism locked in, and I feel she was the perfect choice to play the therapist.

The other mainstay is DI Jane Ambrose, a no-nonsense homicide detective assigned to investigate the murders. She’s the tough-as-nails type and seems to have some kind of history with John. She’s intelligent and hard-working and tough in a way that European cinema handles so well. She and John play off of each other well, and actress Dervla Kerwan lets us see that Jane’s mind is always in motion.

Though it was ostensibly released in 2021 and takes place in 2002, Silent Hours genuinely feels like a throwback to 70’s cinema.

The tough guy investigator who all the women fall for. The casual sex. The ubiquitous cigarettes. The long takes of cars following each other.

I’m not saying that with any sort of criticism, as it’s not necessarily a bad thing. It does, however, make the movie feel a little dated. If the older iterations of James Bond were a private detective, his life would probably be a lot like John Duval’s.

At a runtime of over two hours, the movie does feel a little long in the tooth. It’s certainly a slow-burn affair, and any action is relegated to bedroom antics.

It actually feels like there are two movies taking place at the same time in SILENT HOURS. First is the grisly and naughty detective story. The whodunit. But there is another layer as well, one involving John’s time in the Navy, and his interactions with the therapist.

These two tales DO eventually combine, though it does take an excessively long time to get there.

As much as I enjoyed the film, one of my biggest gripes is the editing. About 20 minutes could have been trimmed from the overall runtime, which would have resulted in a tighter narrative.

And just when you think the movie is over…another layer gets added. And then another. I can respect a movie that bucks the trend of the “traditional” Hollywood ending we all expect, but Silent Hours could have been a little quicker about it.

My only other real gripe is the soundtrack. It’s mostly orchestral, and at times feels very fitting. But there are moments of revelation or introspection where a little quiet would have gone a long way…but the soundtrack just throws bombast all over them, taking away their overall impact.

But outside of those quibbles, Silent Hours is a solid offering.

There are several good mysteries to unravel, a fair amount of gore with the murder victims, a bit of male & female flesh on display to satisfy those with carnal inclinations, and solid performances all around.

The seaside setting really helps set the tone as well.

Plus, I’m a sucker for great dialogue, and there are several passages in Silent Hours that are spot on.

From that moment, I was all in.

And though it may not quite have enough dialogue like that to qualify as true Film Noir, Silent Hours still skirts the edge in an admirable fashion. Again, the effort is much appreciated.

Overall Rating (Out of 5 Butterflies)
MORBID MINI
Folks looking for a sexy and gruesome thriller, one which is heavy on the dark undertones, should certainly give this one a shot.